Get Wet at One of These Free Water Parks for Kids

There are two new splash pads in East Providence and Barrington, plus Providence Parks and Recreation has a list of thirteen free water parks. 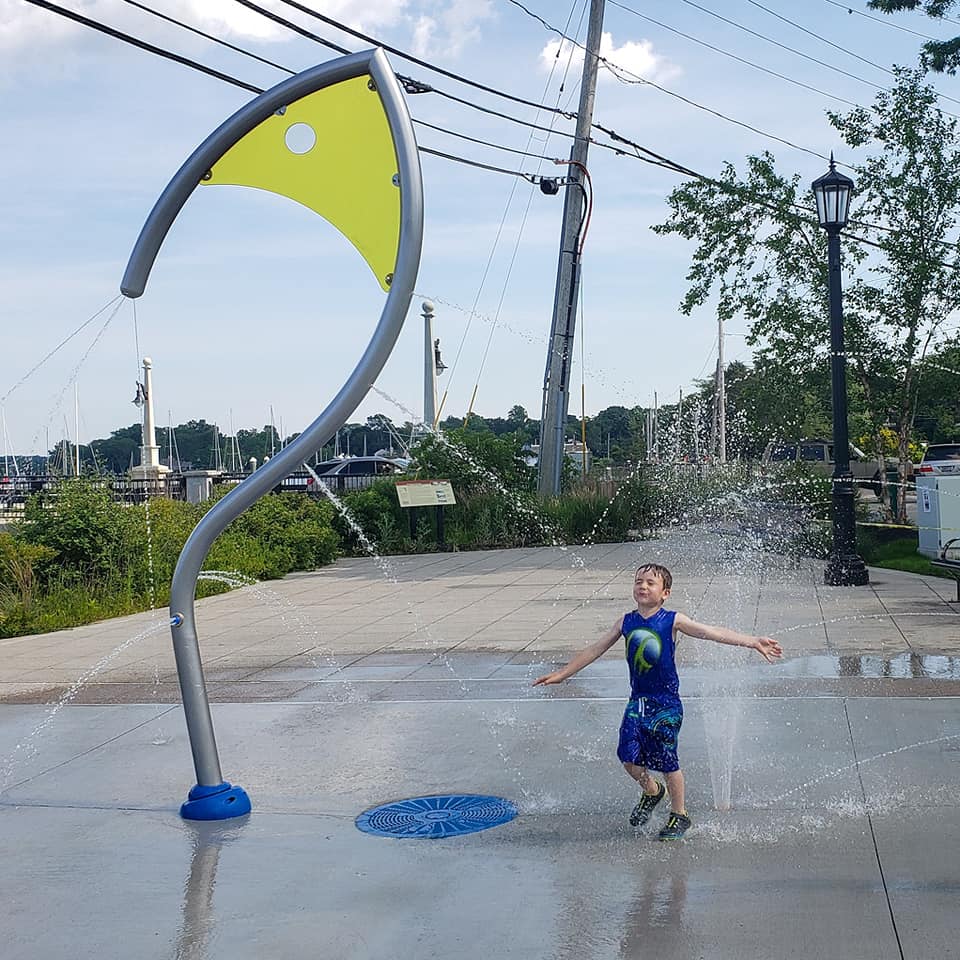 The splash pad at Police Cove Park in Barrington.

It’s hot, hot, hot out, but the beach just seems too far to go. Kids are getting bored while school is out, and the playground feels like a blistering inferno. Did you know there are thirteen free water parks in Providence, and others scattered throughout the state, where you and the little ones can cool off and have fun under the sun?

Now these are not water parks with twisting slides and gigantic wave pools. They are splash pads, which are little playgrounds with special water features. Most of the outdoor water areas feature piping and sprinklers that spray streams into the air and up from the ground so kids can run around and cool off for awhile. Some have tiny wading pools, only a few inches deep, to dip toes into, or spigots that spray the whole body.

Providence has a list of thirteen water parks that have opened early for the season, and this year, two new water parks opened in other areas in Rhode Island. One of latest water parks is located in East Providence at the Onna Moniz-John Neighborhood Park, and Barrington just opened one at Police Cove Park.

The Police Cove Park splash pad in Barrington is beautiful with waterfront views of the harbor and Barrington Bridge. It is pretty small but gets the job done. There’s a button on the ground that kids can push to send water streaming down on their heads from artistic piping that looks like an architectural sculpture. Nozzles and sprinklers drench the kids, who shriek with glee, while parents catch up with friends on park benches. 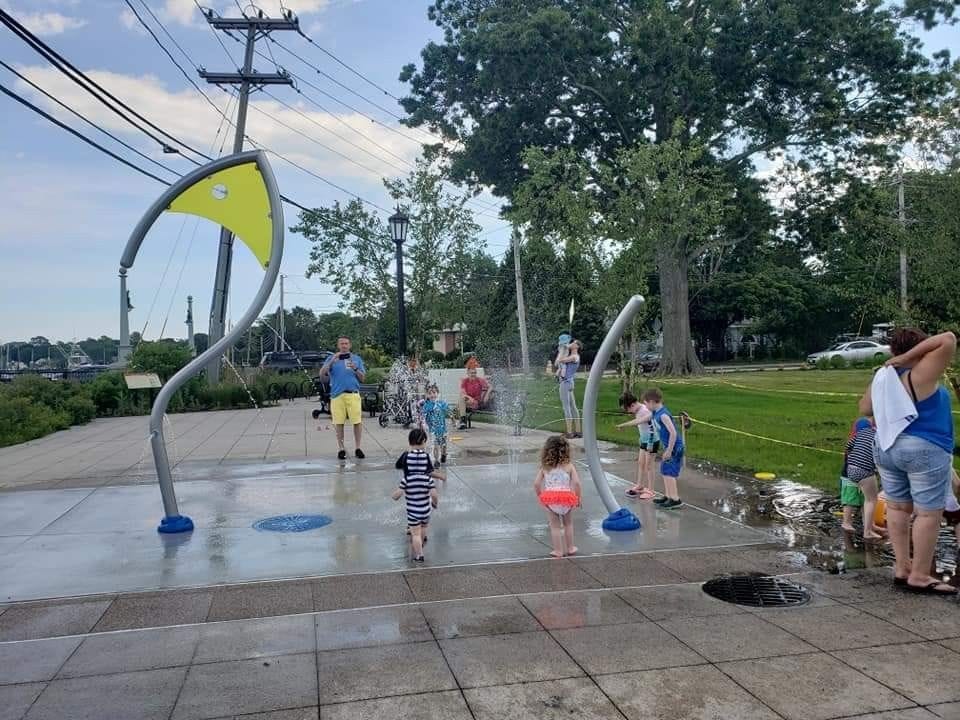 The water park at Police Cove Park in Barrington.

The free Providence water parks are open from noon to 7 p.m. Monday through Saturday. They will close for the season on Aug. 31. One of the newest ones, opened in 2016, is Splash Water Park located at the Joslin Recreation Center at 17 Hyat Street in the Olneyville section of Providence. The park is open year-round, but the water features are only available in the summer. The area features a double slide and realistic-looking rocky structures with a blue painted stream that is immersed in water from sprayers. 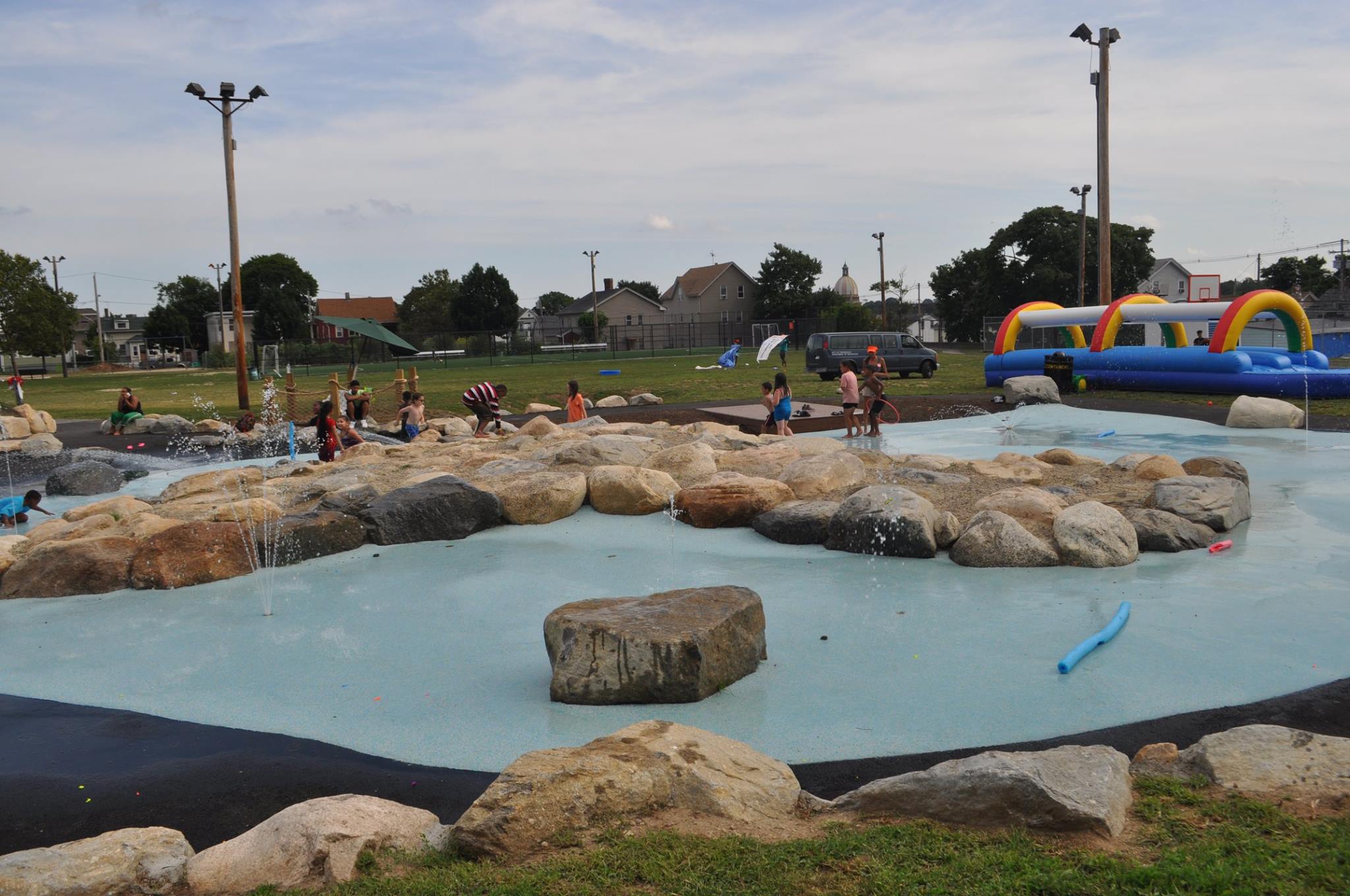 There are a few other favorites in Providence, too. The Fox Point water park on Wickenden Street next to the Vartan Gregorian School is larger than others, and has a good amount of sprayers, showers and sprinklers for kids to explore. And the playground is right next to it, so they can go back and forth between the two features. 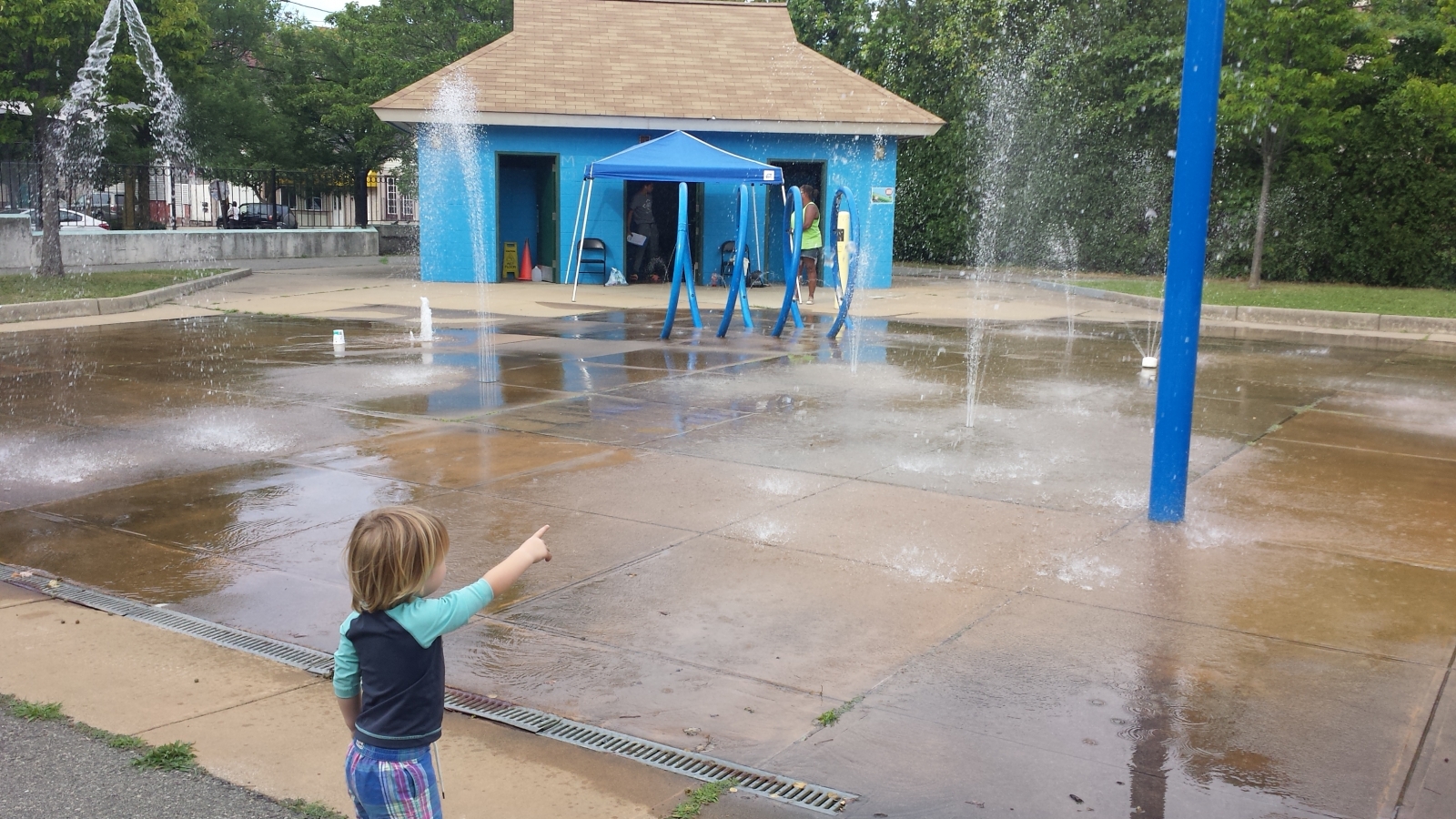 Here’s the Providence Parks and Recreation list of thirteen free waterparks. These parks are open through August from noon to 7 p.m., Monday through Saturday. Remember they close for good on August, 31, 2019.

There are also several in nearby Massachusetts. Unfortunately, my favorite water park, the Spray Deck and Wading Pool at Freetown State Forest  (105 Slab Bridge Rd., East Freetown) is closed indefinitely right now due to a leak. We hope it will be repaired soon… 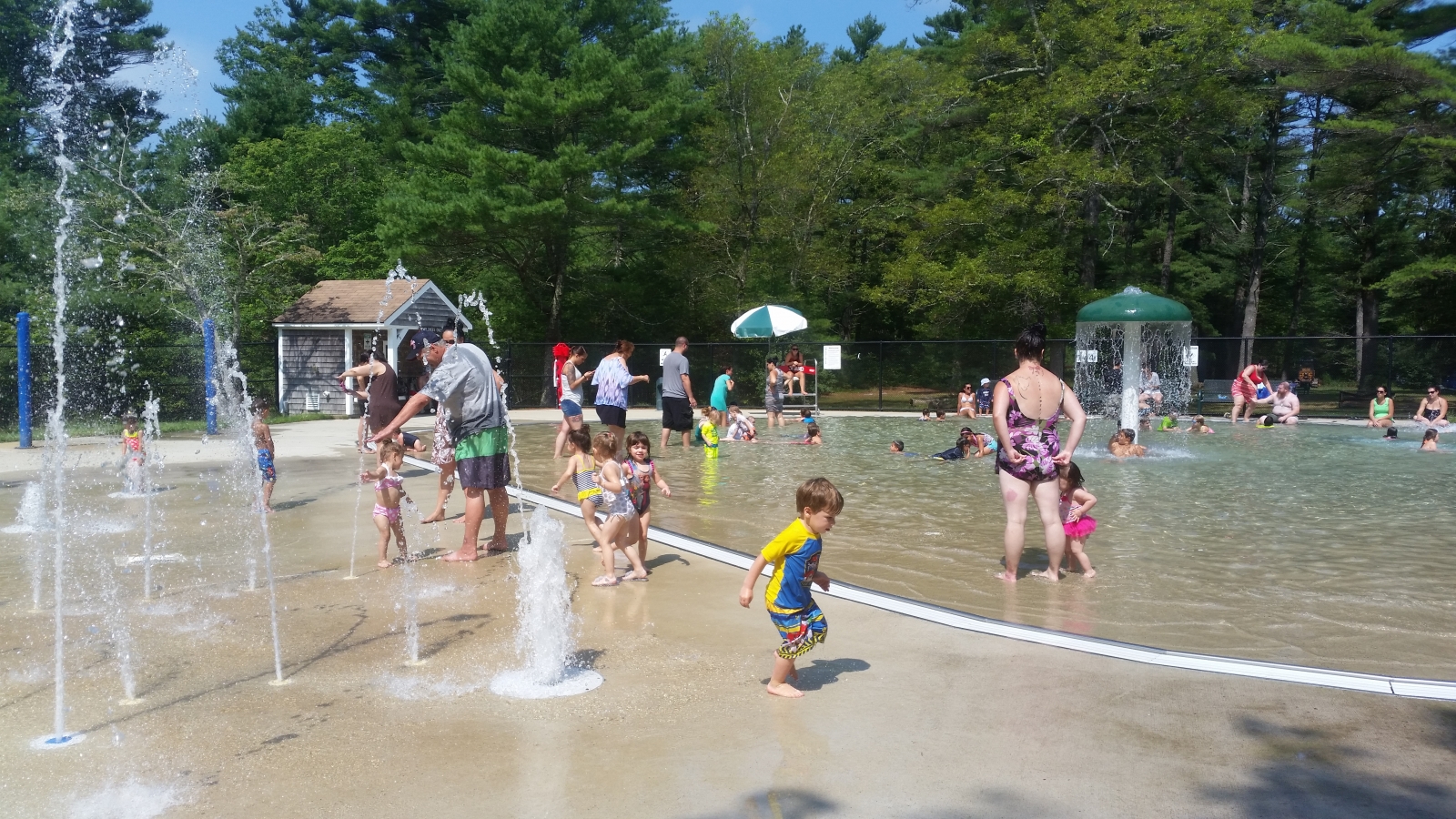 The Capron Park Zoo in Attleboro, Massachusetts, also has a Splashpad Playspace, which is free with zoo admission. Just bring your bathing suits and enter the zero-depth water playground. The splash pad is open seasonally. 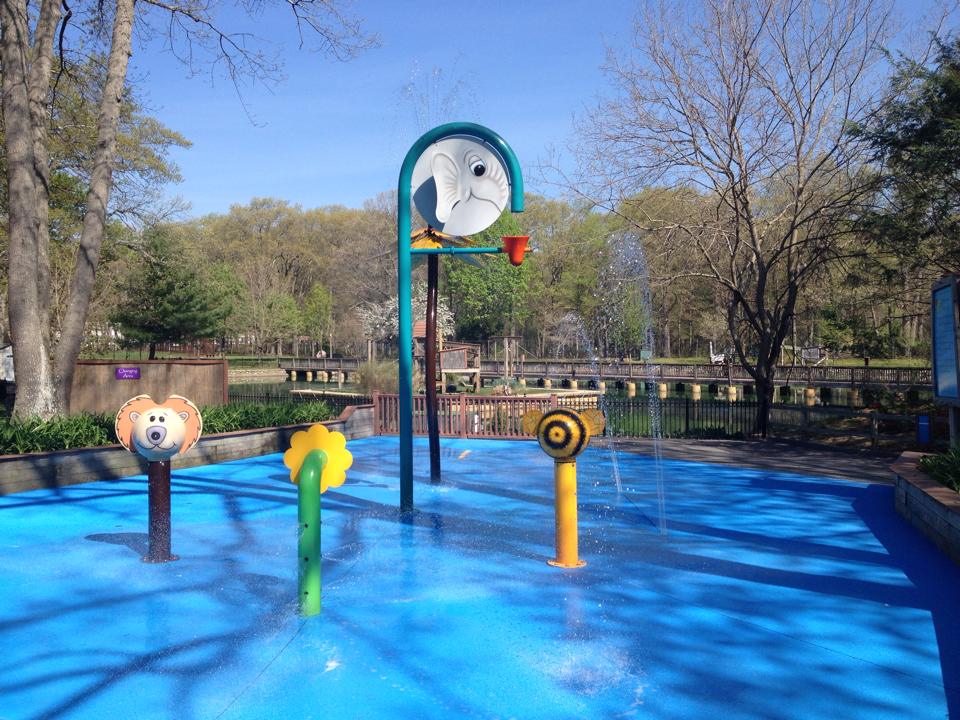