The Warren Arts and Cultural Commission and the Avenue Concept worked together to demonstrate the impacts of sea level rise and climate change through art. 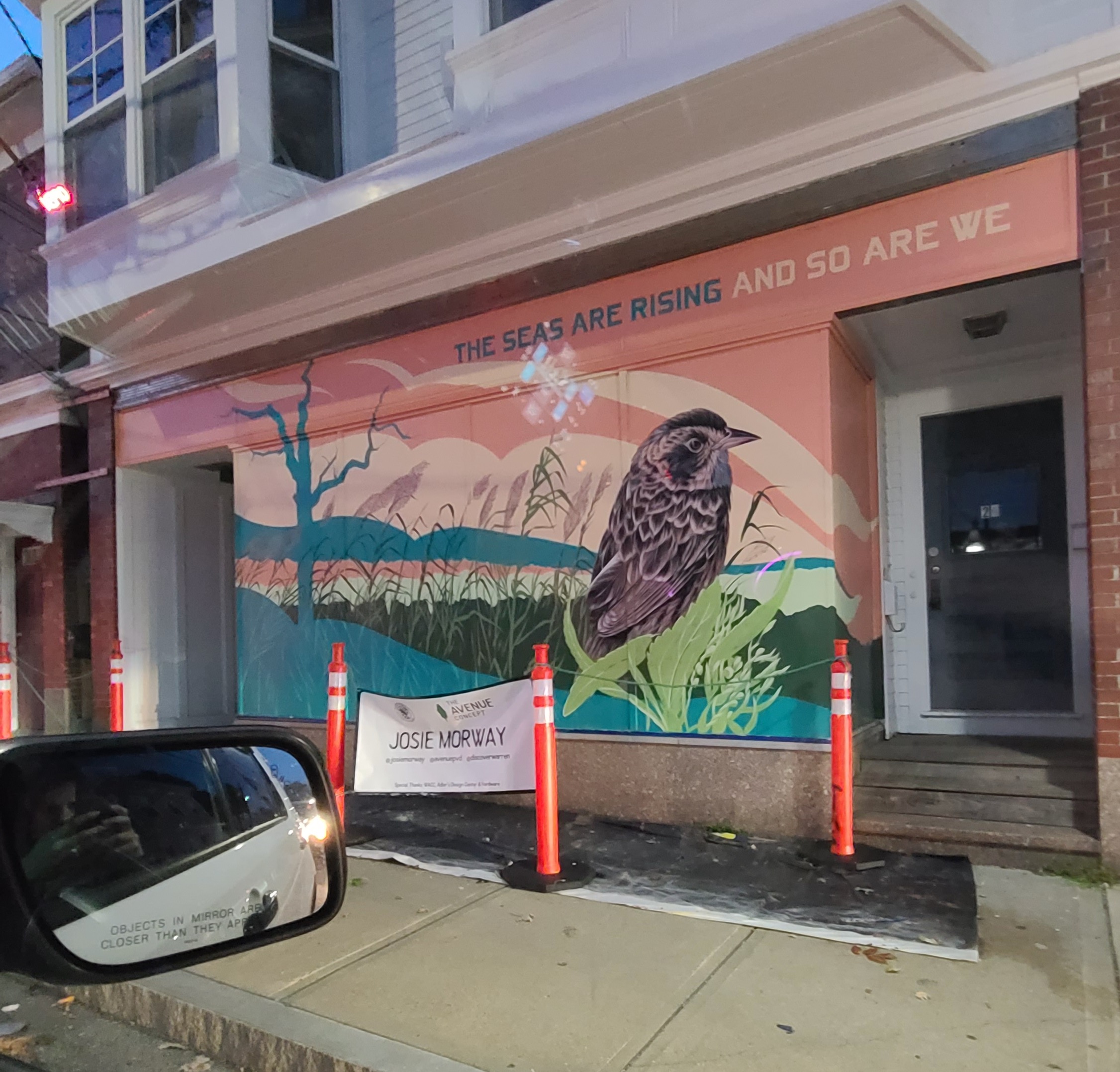 Josie Morway’s mural for the Avenue Concept in downtown Warren.

Warren is using art to call attention to climate change. Local artists are spreading an important message through an impactful mural and art walk.

The town of Warren, in partnership with the Warren Arts and Cultural Commission (WACC) and Rhode Island-based arts organization the Avenue Concept, is raising awareness on the impacts of sea level rise while promoting the town’s arts culture. Last week, Josie Morway, a self-taught artist and self-described climate activist, painted a mural on the storefront of 24 Child St. in downtown Warren. Morway was sent a copy of Rising – Dispatches from the New American Shore by Rhode Island-based author Elizabeth Rush, which provided much inspiration for this mural.

Along with the mural, the town’s new Warren Art Walkway displays semi-permanent structures only one door down from the painted storefront. The art, created by students from Mt. Hope High School and local artist Linda Megathlin, depicts the effects of sea level rise.

“We believe Warren is the perfect backdrop for such a beautiful and crucial campaign on climate change and sea level rise. We are excited the town continues to support such progressive initiatives,” says Erin DeThomas, chair of the Warren Arts and Cultural Commission. “We know public art can enrich an environment, but we are especially appreciative to be working with these incredible artists who are using their art to raise awareness and encourage civil discourse on such an important topic.” 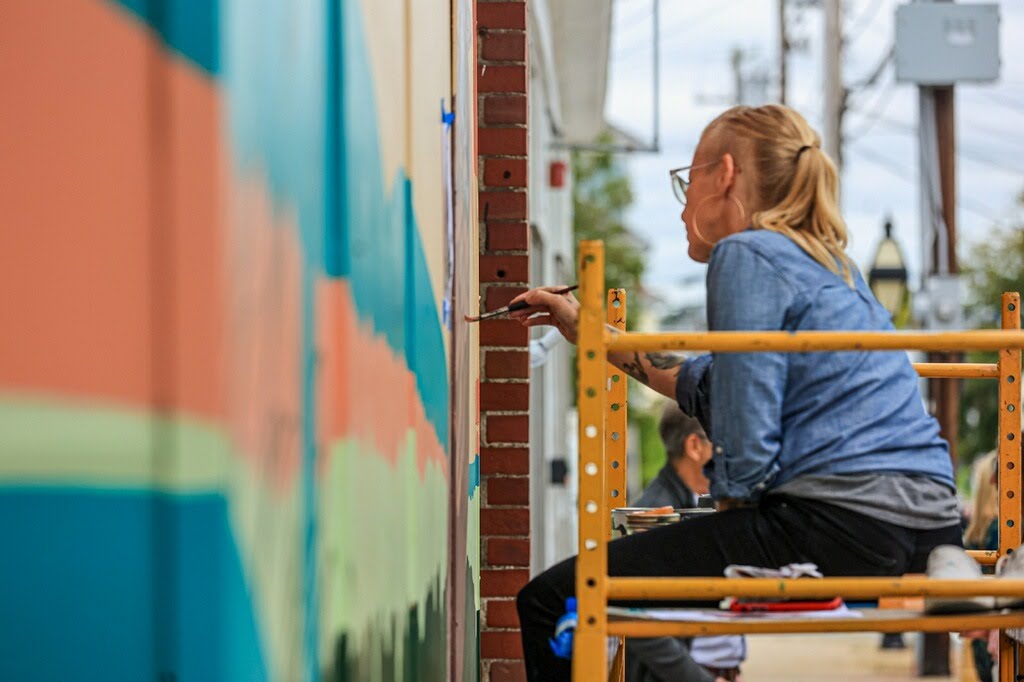 Artist Josie Morway hopes to inspire everyone to rise to the challenge of climate change with this new mural. Photo courtesy of the Avenue Concept webpage.

Projections of sea water levels show that by the end of the century, water will rise nine feet, which is two feet higher than Warren’s average elevation – seven feet above sea level. Spreading awareness about climate change and sea level rise through art encourages important conversations about ways Warren and its residents can prepare for the inevitable. Warren’s environment is home to many plant and animal species, some that are represented in Morway’s mural, including the saltmarsh sparrow, saltgrass, native phragmites and maritime marsh elder. Morway hopes that the mural will inspire the public to rise and raise awareness about climate change. townofwarren-ri.gov

Light Up the Night This Weekend at Flames of Hope

The Historic Ashton Mill in Cumberland Has Still Got It