The Historic Ashton Mill in Cumberland Has Still Got It 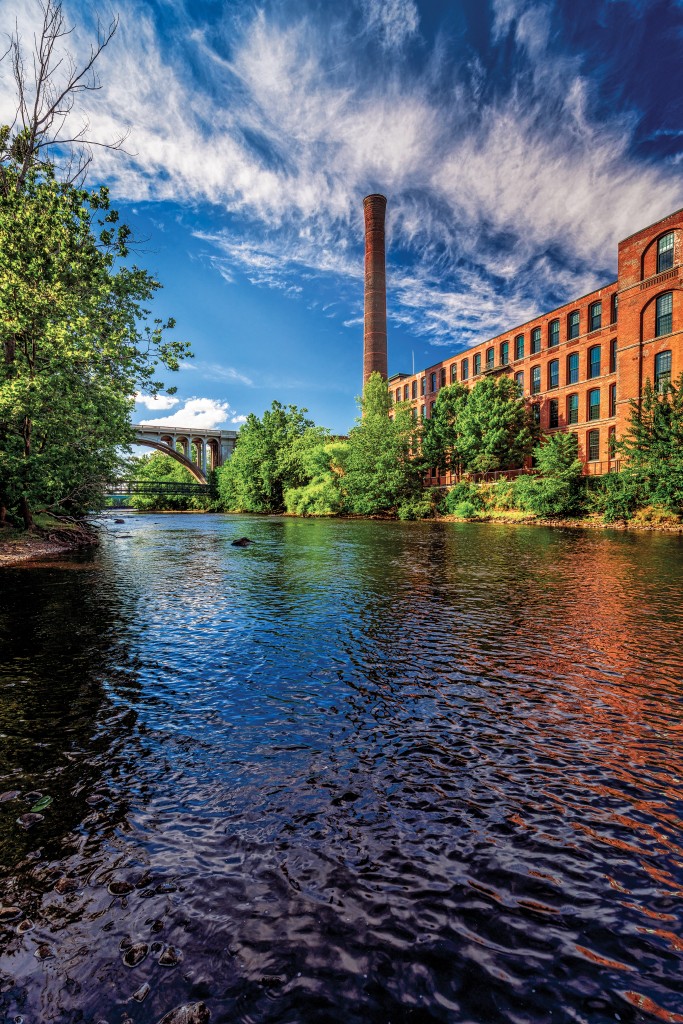 In 1867, the Lonsdale Company — a textile firm whose founders included Nicholas Brown Jr., of Brown University connections — opened a new mill producing muslin cloth on the banks of the Blackstone River. The opening of the Providence and Worcester Railroad twenty years earlier had revolutionized transportation through the area, and the company’s owners were eager to take advantage of the speedy new method for shipping their wares. (Downriver, they would also found the Ann and Hope Mill, forerunner of the iconic outlet complex.) Employees lived in the surrounding Ashton Village, where a series of company-sponsored amenities tied them firmly to factory life. “That’s a perfect example of what we call the Rhode Island system mill village. You have the mill there, you have the collection of about two dozen houses right there, and then when you go up on the hilltop there’s a couple of management houses and a couple stores; there’s the churches and a few other things for the community,” says Kevin Klyberg, director of interpretation and education for the Blackstone River Valley National Historical Park, who grew up on the other side of the river next to the now-defunct Blackstone Canal. The mill succumbed to the Great Depression in the 1930s but was resurrected a few years later as a fiberglass plant that developed, among other things, the fireproof Beta cloth worn by the astronauts aboard the Apollo space missions. Today, the building’s luxury apartments overlook an eighty-five-acre state park across the river; the Blackstone River Bikeway and the elegant Ashton Viaduct connect the two sides. “It’s this wonderful transformation and really a revisioning of what the Blackstone River means to us,” Klyberg says. “For 150 years, the Blackstone River was a resource for waterpower and mills, and now it’s a recreational resource. Once again, it’s a really important part of the communities of northern Rhode Island, it’s just serving in a different way.”