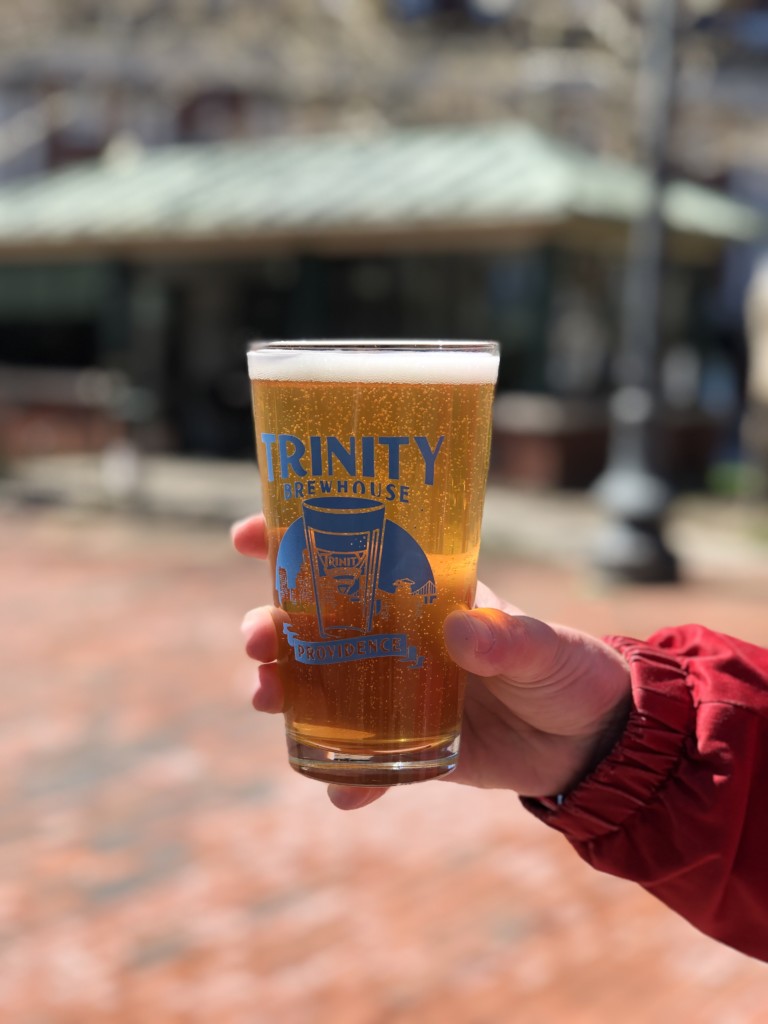 One of Providence’s first brewpubs, Trinity Brewhouse, is launching the city’s first semi-permanent, seasonal beer garden at Biltmore Park in downtown Providence. Sure, we’ve had temporary beer gardens for festivals and events, but nothing that is open outdoors on a reliable basis, unless, of course, it’s a bar. Opening day is scheduled for Friday, May 24, and it will be open Wednesday through Saturday for late afternoons and evenings from late May to early October.

Trinity Brewhouse was hot on local craft beer’s tail long before it became the cool thing to do, almost twenty-five years ago. Trinity launched in 1994 as one of the first brewpubs in Providence, and this second venture will bring the beer outdoors with live entertainment throughout the season, right near the Alex and Ani City Center‘s bumper cars and roller skating rink.

The beer garden will pour a rotating selection of its own beers, as well as other ales and lagers from area breweries. The menu will also feature wine and cocktails and there will be changing appearances from local food vendors.

“I’m excited to have this opportunity to celebrate twenty-five years of Trinity Brewhouse while adding to the vibrancy of the commercial and cultural life of downtown Providence,” says Trinity Brewhouse owner Josh Miller. “We hope that residents and visitors alike will enjoy what we have to offer.”