Narragansett Beer and Del’s Lemonade just teamed up again to add a Watermelon flavor to the shandy shelf. 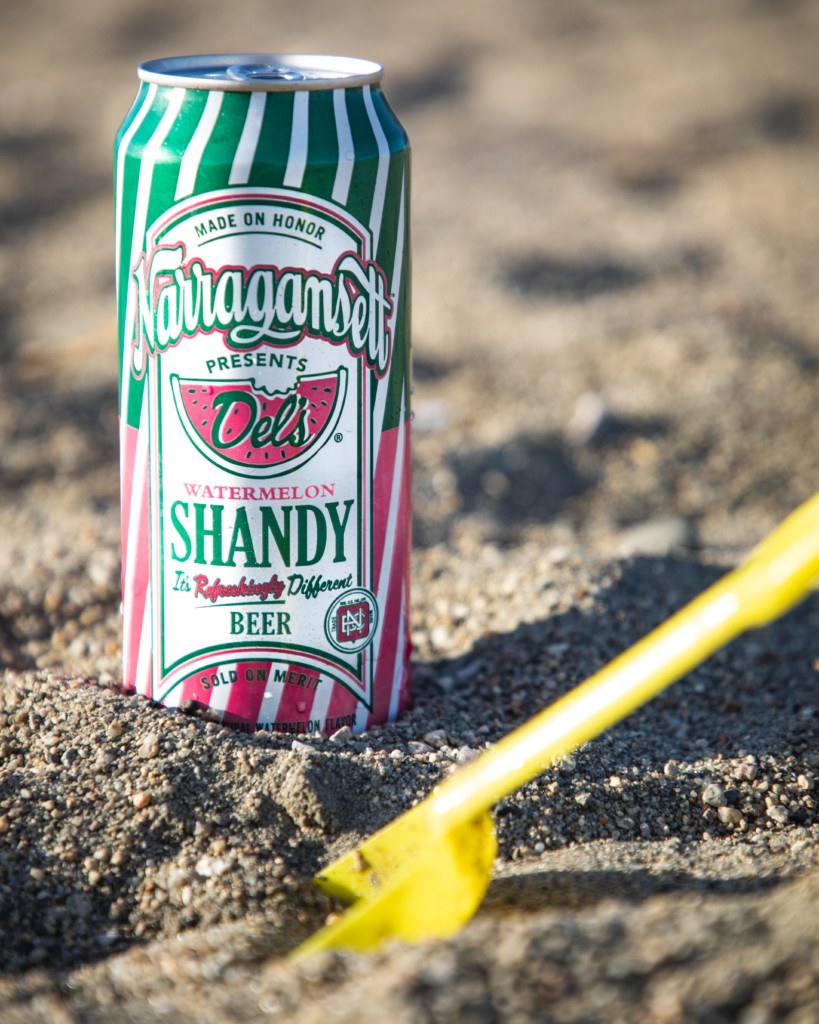 Here in Rhode Island, we like a good debate. Wieners or gaggers? Grilled pizza or pizza strips? Lemon or watermelon Del’s? Luckily, with the latter, we now have both in beer form. Narragansett Beer and Del’s Lemonade just teamed up again to add a Watermelon flavor to the shandy shelf.

“If you ever want a quick way to start a heated debate with your neighbor here in Rhode Island, and I know you do, just ask what their favorite Del’s flavor is,” says Mark Hellendrung, President of Narragansett Beer. “While Del’s has made a ton of great flavors in the last seventy-plus years, around here it’s the Lemon and Watermelon that we argue over the most. So we figured, ‘why not fuel the fire’?”

The watermelon shandy is Narragansett’s latest addition to the “Hi Neighbor Mash Up” series. At 4.7 ABV, the Del’s Lemon Shandy and the Del’s Watermelon Shandy are available in six–packs of sixteen–ounce tallboys and twelve–packs of 1twelve–ounce cans for $10.99 and $15.99, respectively, as well as draft, with distribution starting last week.

And in case you don’t know the origin story of Del’s, here it is without further ado: The DeLucia great-grandfather began making frozen lemonade in Naples, Italy, back in 1840. He would carry snow into nearby caves, insulating it with straw and then combining it with sugar and fresh lemon juice for the frozen drink. His son, Franco DeLucia brought the recipe to America, and then his son Angelo worked on a machine to produce it and named it Del’s Frozen Lemonade in 1948. It originated in Cranston, Rhode Island, and it’s still run by the same family today. We know it’s summer once Del’s trucks start circulating again!