Hi Neighbor! Have a Gansett. As long as you are twenty-one or older, it's free. 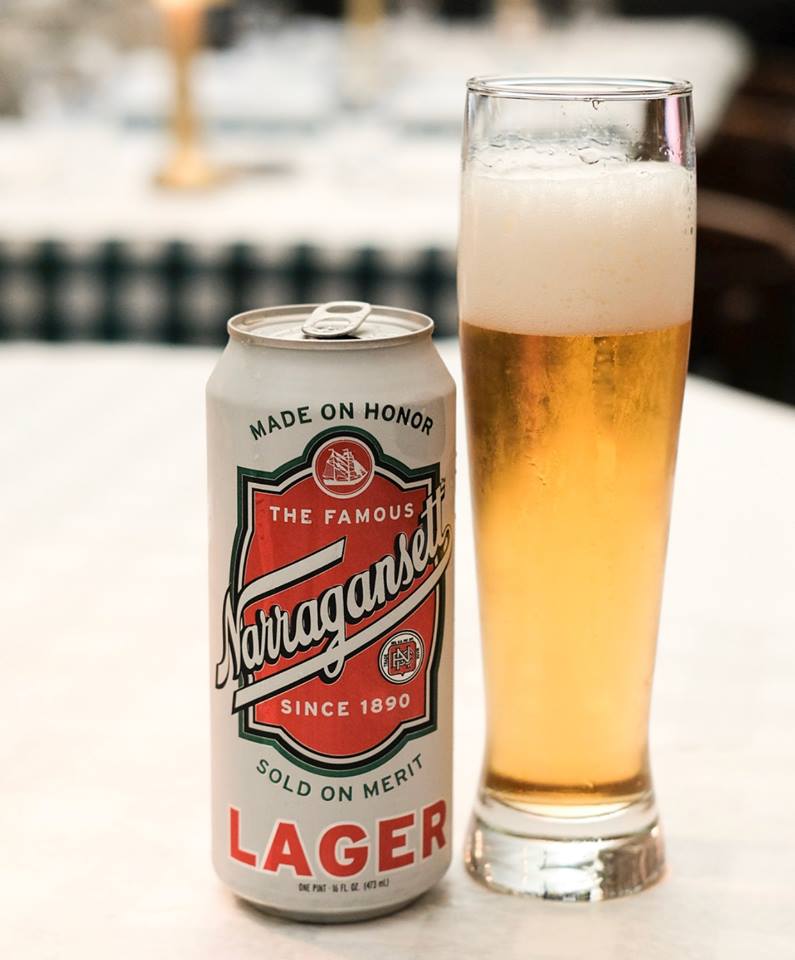 Is there anything more quintessentially Rhode Island than a Narragansett beer on a summer night? Whether it’s a classic lager, or a Del’s shandy, there’s nothing quite as refreshing as a tall boy on a hot July evening. I can still remember the old jingle from the radio. Well, over the next few months, Narragansett means that jingle literally.

From February to October, Narragansett Beer is attempting to buy everyone in the state (age twenty-one and older) a beer with its “Buy RI” Tour. Moving alphabetically from town to town (don’t worry, we’re only at Coventry, there’s still quite a bit left to go), Narragansett is partnering with pubs, bars and taverns all across the state to make sure that every Rhode Islander over the legal drinking age has a beer.

“Every neighborhood bar or restaurant in our home state of Rhode Island is a center of community where people can learn from, support and share with each other, whether it’s a close loved one or your neighbor on the barstool next to you,” says Mark Hellendrung, president of Narragansett Beer in a statement. “Buy RI is really a way to express what our community means to all of us. We can’t think of a better way to thank our Rhody neighbors for what they bring to our state, and their dedicated support of Narragansett Beer, than to buy them a ‘Gansett. They’ve earned it.”

The next stop on the list is Cranston. On March 21, Narragansett will be at Miller’s Crossing at 43 Old Bald Hill Rd. in Cranston and on March 22, they’ll be at the Thirsty Beaver at 288 Atwood Ave. in Cranston. The fun takes place starting at 6 p.m. at both locations, so make sure you get there before all the ‘Gansett is gone! 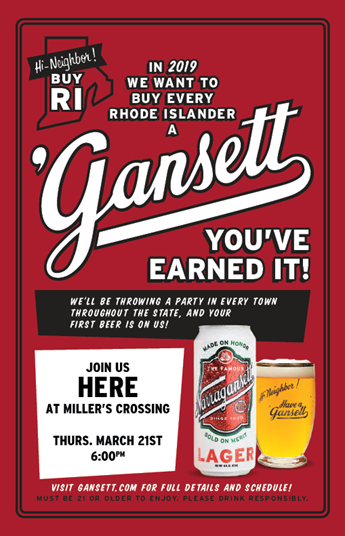 “Buy RI” events including locations and timing will be released and regularly updated throughout the year on Narragansett’s
“Neighborhood Watch” page. Here is a preliminary list.

Week of May 6
Hopkinton – Boneyard BBQ

Week of May 13
Jamestown – Narragansett Café

Week of May 27
Lincoln – Harry’s Burgers

Week of July 8
North Kingstown – Back 40