A new commercial kitchen space in East Providence has allowed the service to expand into Massachusetts. 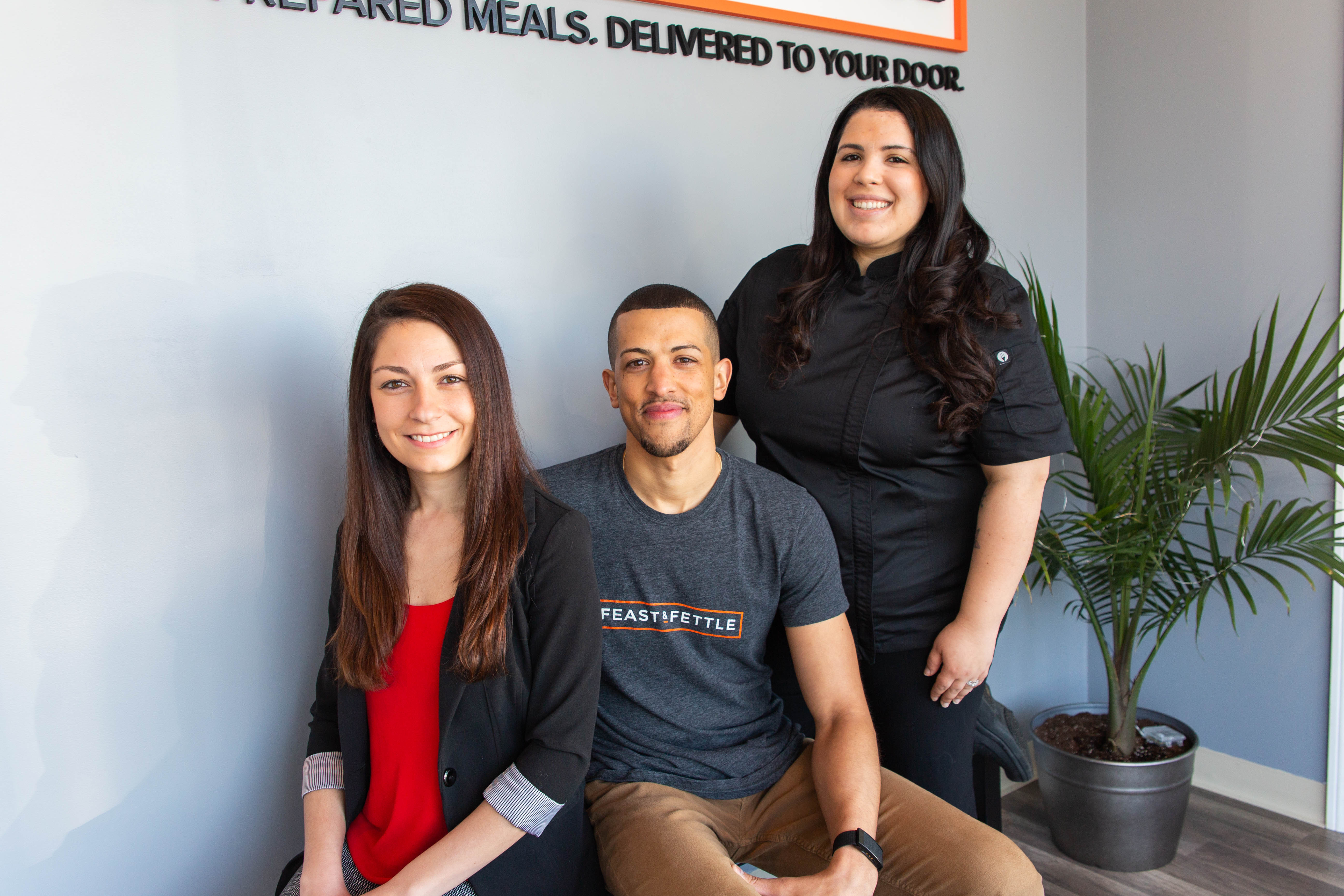 Feast and Fettle, a Rhode Island chef-prepared meal delivery service, has relocated to its own commercial kitchen in East Providence. The service has expanded from its humble beginnings in 2016, with a three-person staff and one delivery van, into its own state of the art facility and office space.

Founded by chef Maggie Mulvena in 2016, Feast and Fettle focuses on preparing and delivering high-quality meals to those who don’t have time to grocery shop and cook for themselves. Members simply select a combination of different side dishes and entrees for the week, while the service makes each meal from scratch using healthy ingredients and brings them right to the door in an insulated bag. Meals are cooked only one day before delivery, for maximum freshness.

A Johnson and Wales graduate, Mulvena started Feast and Fettle after cooking for families in the East Bay area as a nanny. When word of her delicious fare began to spread, Mulvena realized she could turn her passion into a business. Nikki Oliveira, Mulvena’s best friend, left her job as manager at the Omni in Providence to help start Feat and Fettle.

“I quit my job and then it was just me and Maggie,” says Oliveira.

In 2016, the company operated out of Hope and Main, a location that provides food start-ups with access to kitchens and other industry resources, with just one van and about twenty members. Feast and Fettle has more than doubled its revenue each year since then. Now the business delivers all over Rhode Island and has begun to venture into Massachusetts, starting with Attleboro, Swansea and Seekonk. With the success of the company’s recent expansion, Mulvena continues to look to the future. 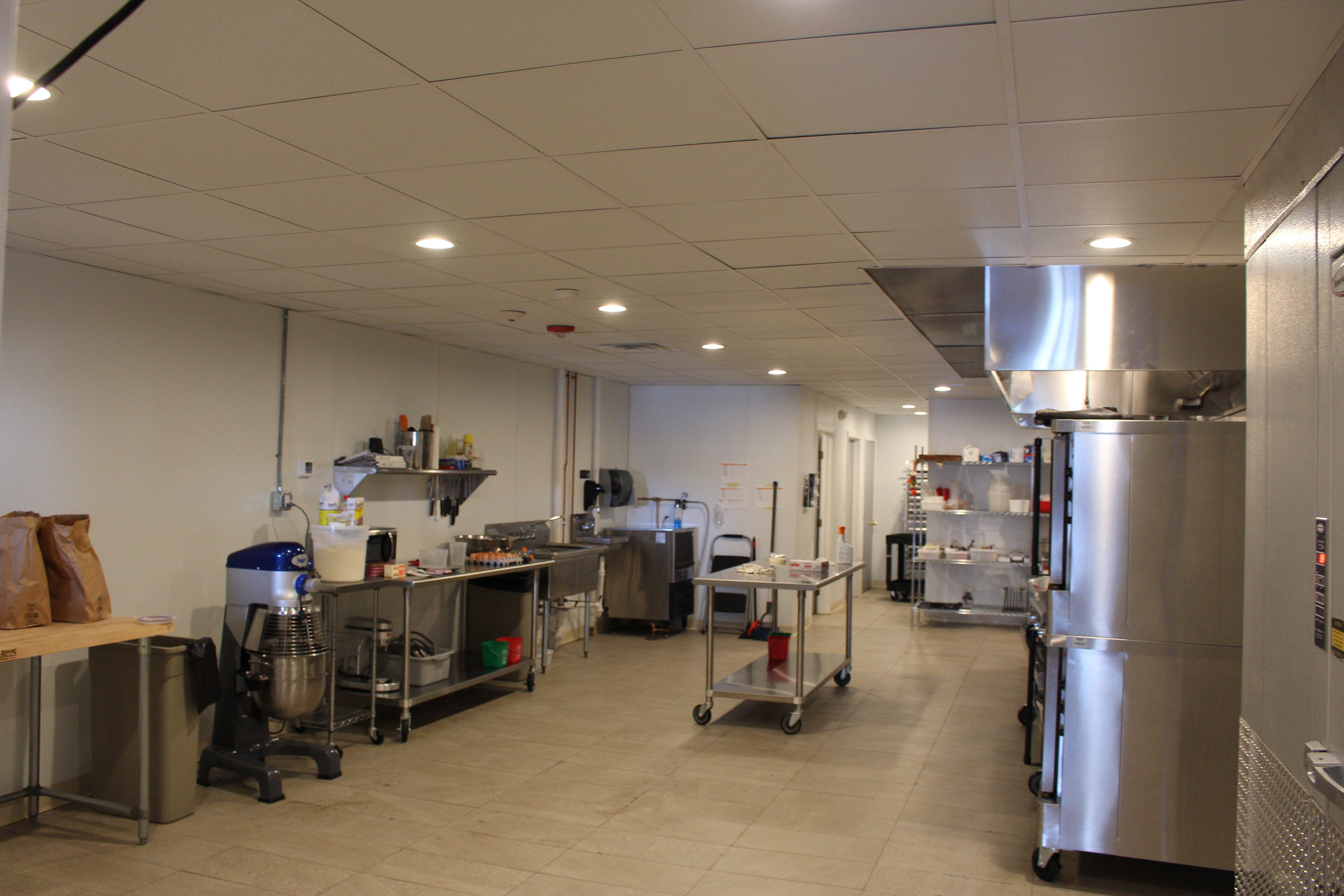 “We want to be able to operate this kitchen so efficiently that we can just take the kitchen model and put it outside of Boston,” she says. “Then we would just replicate the kitchens around New England.”

Speaking of the future, if Feast and Fettle expands further, each model would run independently instead of continuing to ship from one location. Mulvena says she won’t deliver further than two hours’ drive from where meals are made. This way everything is guaranteed fresh. Feast and Fettle puts an emphasis on local foods. The seasonally inspired menu changes with the weather, in order to incorporate farm-fresh produce. Autumn, for example, means more pumpkins, cranberries and other produce you want to eat during the season. 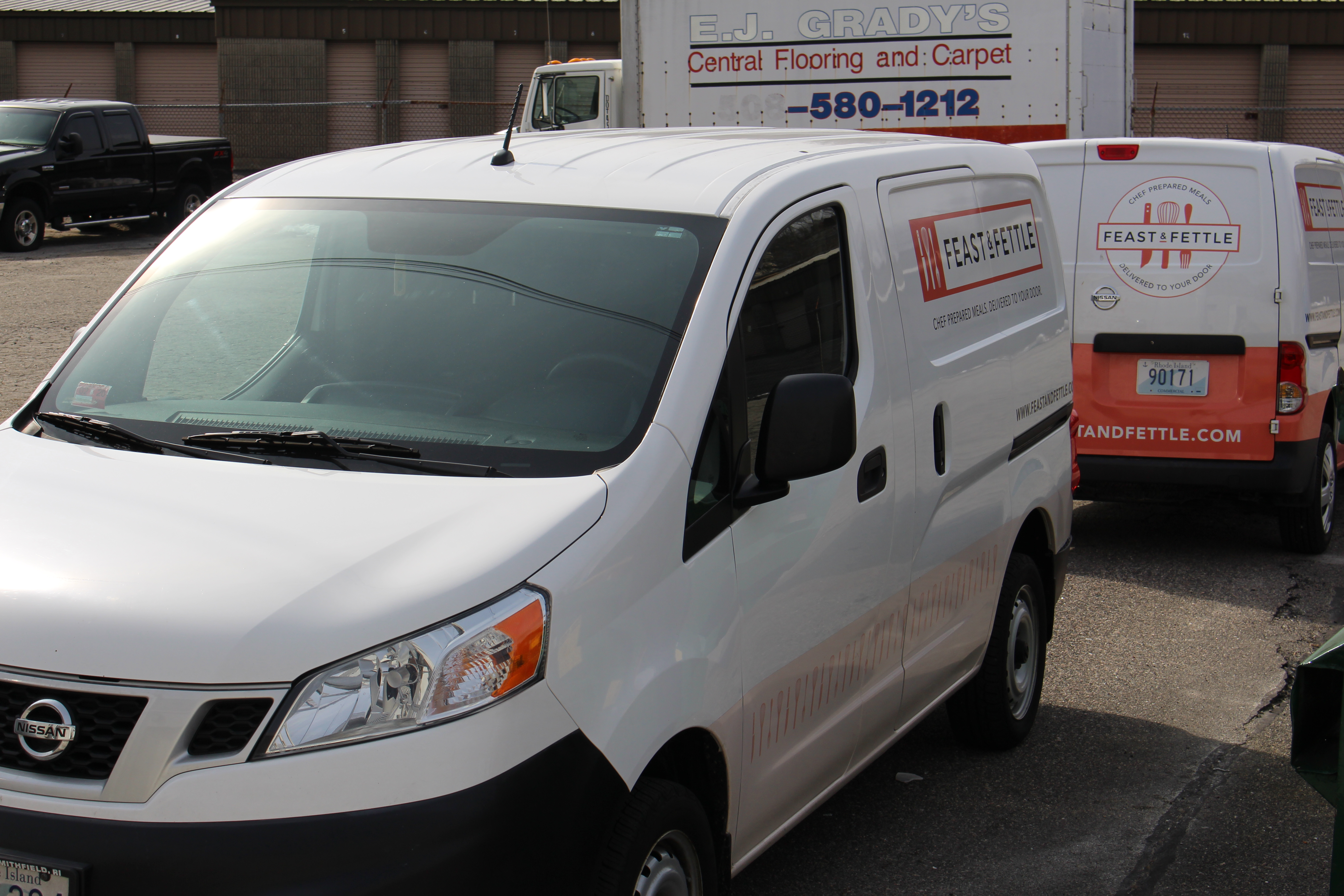 Meals are delivered by van to residences and other locations.

“We try not to put on a super salad heavy menu in the middle of winter, we try to do stews and braises and soups,” says Mulvena.

The service is like having a live-in chef. Unlike other meal services (think BlueApron and HelloFresh) Feast and Fettle meals are already prepared, only one day before delivery. Individual ingredients won’t go bad in the fridge as you put off cooking a meal. Simply heat the entire dish in the oven or microwave and serve. This model makes mealtime easy, while reducing the carbon footprint for the whole family. 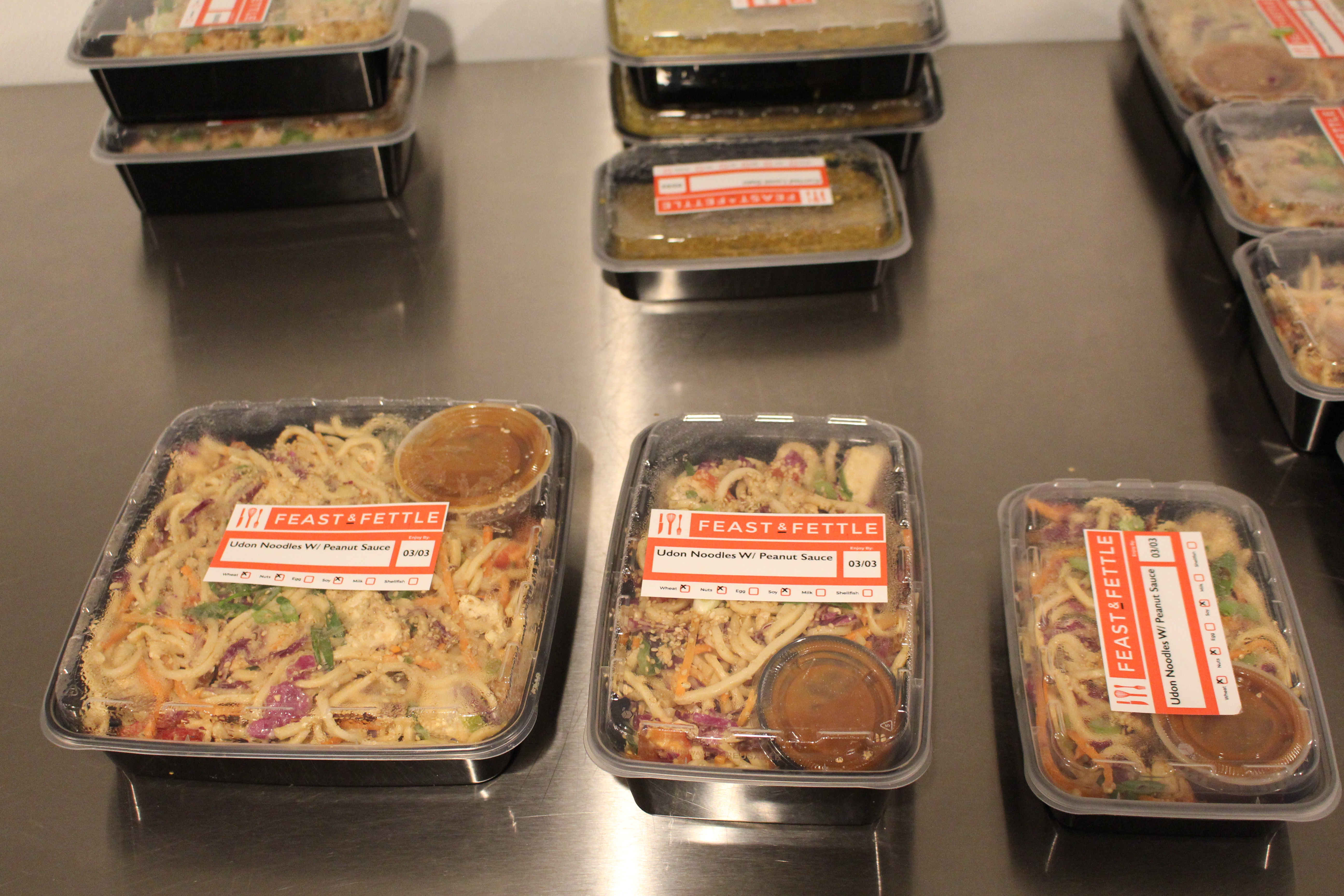 While other services “give you an egg and it will be bundled in a bunch of plastic just to keep it safe during shipping,” according to Mulvena, Feast and Fettle’s more local delivery route reduces the need for all that extra packaging. All plastic used by Feast and Fettle is recyclable and cooler bags and ice packs are reusable. It’s almost like getting healthy, low waste takeout from your favorite restaurant.

The concept of food delivery is exciting for the whole family. After signing up on Feast and Fettle’s website, simply pick a plan and customize it to meet your needs buy mixing and matching a combination of entrees and sides. Your picky eaters are covered. You can eat family-style, but not everyone has to eat exactly the same thing. And with the new kitchen space, Feast and Fettle meals are tastier than ever.

“We don’t tell everyone ‘oh your kids are going to like this food,” says Mulvena. “It’s just something that happens naturally.” 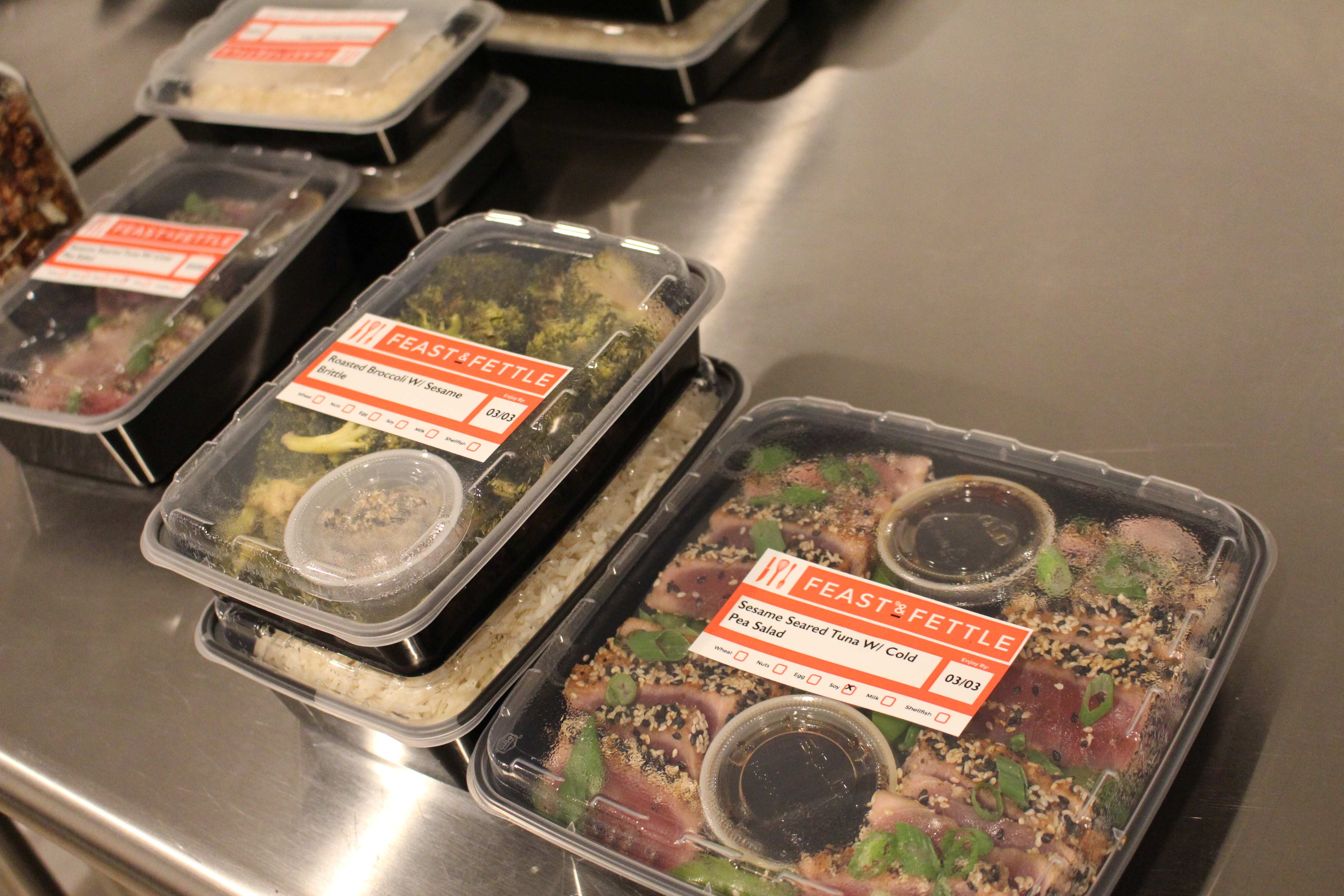