The Band’s Visit won ten Tony Awards in 2018, including “Best Musical,” and the show's lead producer presented PPAC with a Tony of its own last night. 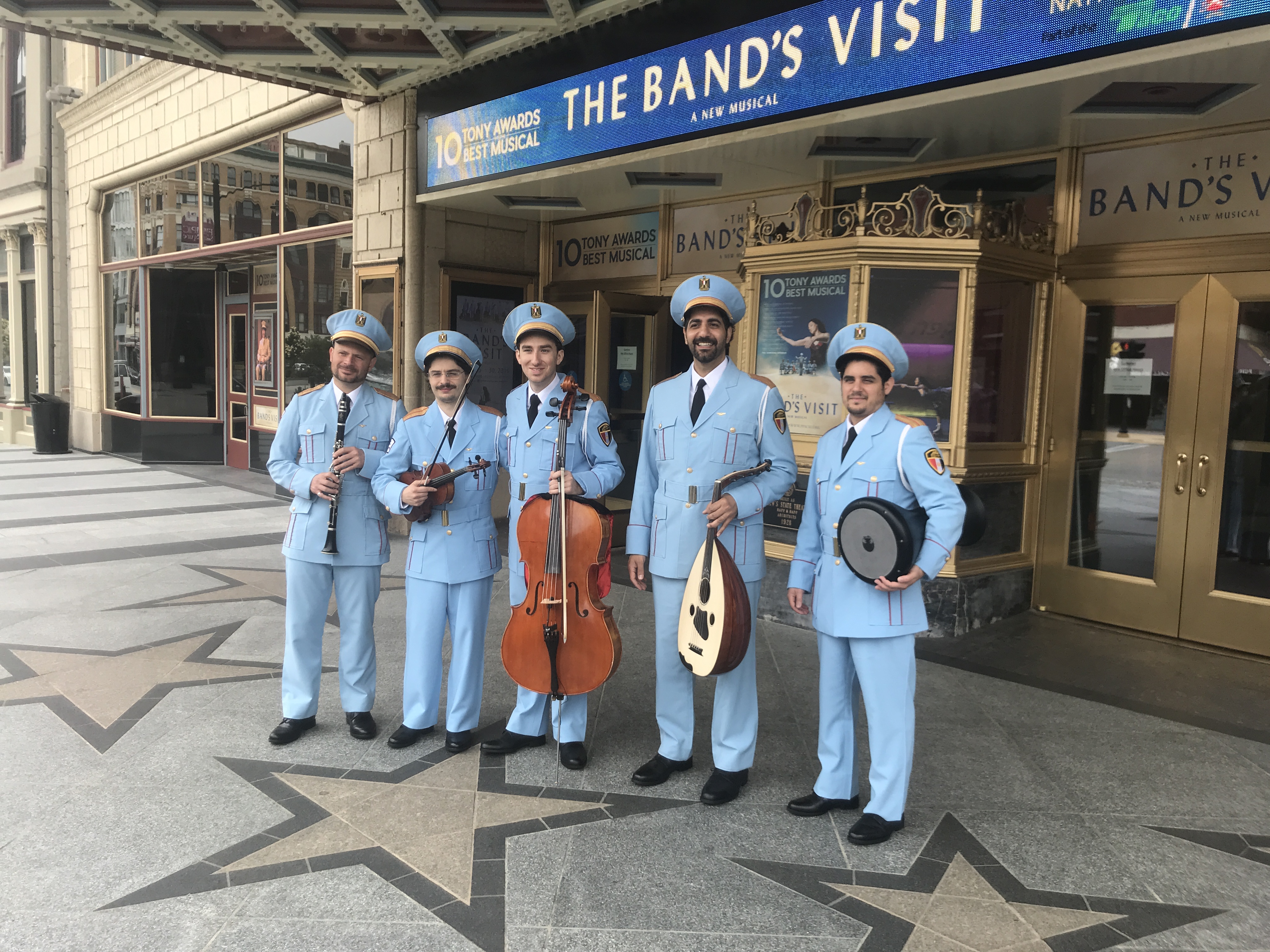 The Band’s Visit cast in front of PPAC.

Providence Performing Arts Center has a Tony Award to call its own. Last night, after PPAC’s first performance of The Band’s Visit, which launched the national tour, the show’s lead producer Orin Wolf presented the theater with a Tony Award in an on-stage presentation. J.L. “Lynn” Singleton, president of the Providence Performing Arts Center, accepted the Tony Award. The ten-time Tony Award-winning “Best Musical” launched its National Tour last night at PPAC with shows continuing through Sunday, June 30.

PPAC is part of the Independent Presenters Network (IPN), a consortium of forty of the leading touring Broadway presenters in the country.

Said Singleton after last night’s show: “On behalf of PPAC, I am pleased to accept this Tony Award, which is the highest honor in live Broadway theater, for PPAC’s participation as a producer through the Independent Presenters Network. We are honored to be the theater chosen to launch the national tour of this uniquely beautiful show; this is the seventeenth national Broadway tour to launch at our theater since 2008. I am proud that Rhode Island audiences are the first to see this outstanding touring production.”

The story behind The Band’s Visit goes like this: After arriving at the Israeli border with plans to perform in a nearby city, an Egyptian Police Band experiences a mix-up that leads to their arrival in a remote Israeli desert town. With no way to leave until the next morning, and no hotel around for miles, they are taken in by locals for the night. In a melding of cultures, their lives become intertwined in the most unexpected of ways, and they learn a few lessons in love, longing and laughter.

The Band’s Visit cast kicked off their 2019 national tour at PPAC last night. We had the chance to chat with some of the cast members:

RI Monthly: What is The Band’s Visit really about?

“It’s a story about the other,” says Sasson Gabay, “The separation between the ‘I’ and the ‘them’ that then becomes a ‘we.’ It’s about empathy and accepting strangers into our lives. This play is a mirror of the actual tour we are on.”

RIM: What is special about the music?

The resounding answer? “Music is cumulative,” says Ronnie Malley, an international multi-instrumentalist who plays Camal, one of the members of the Police Band. The whole cast nods in agreement as he explains that music is a unifier and a common denominator. “To see my culture represented on stage… I couldn’t have imagined this and being welcomed by all of you in Providence. To hear the music I grew up with, the music of a culture that is so often misrepresented is a huge gate opener.”

“A deep sense of connection is created with the music,” says Chilina Kennedy, who plays Dina, the charismatic and beautiful cafe owner who expresses interest in Tewfiq and arranges the band’s lodging for the night. “This is not a political show; it’s simply about human connection and relationships, and these connections are represented through the music.”

RIM: What should Providence audiences take away from The Band’s Visit?

“This is a human story, very simple and modest, and doesn’t pretend to be something it’s not,” says Sasson Gabay, who plays Tewfiq, the stern but secretly shy leader of the Egyptian Police Band. “The Providence audience will encounter this culture they don’t meet often and it opens up intelligence and a gate to another culture this way. It’s very truthful and unique. I think people will leave with something in their hearts and minds.”

To learn more about the show or to purchase tickets, click here. The Band’s Visit is showing now through Sunday, June 30.

Tickets start at $41 and are available for purchase online, by phone at 401-421-2787 or at the PPAC Box Office located at 220 Weybosset Street in downtown Providence.