Encore Boston Harbor officially opened to the public at 10 a.m. on Sunday morning. The lavish resort casino (that looks as if it was transported directly from the Vegas strip), looms over the Mystic River waterfront in Everett. Over 840,000 pounds of toxic waste was removed from the site before the resort casino was built.

Did we mention the lobby showcases a floral and jewel-embedded carousel designed by Preston Bailey? Plus, the flowers on the grounds are replaced every two weeks for consistent, vibrant color and the marble finishes and gold accents are over-the-top. Simply put: It’s luxurious.

Take a peek inside: 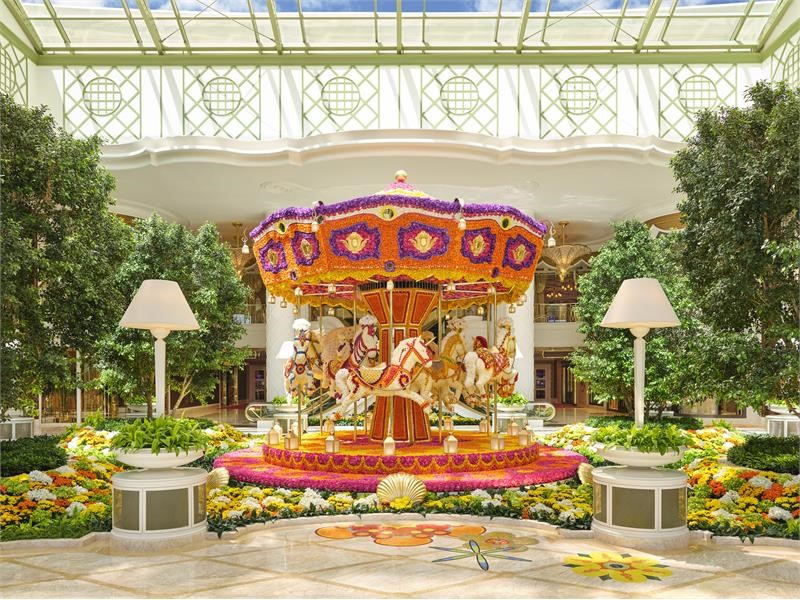 The floral carousel in the lobby designed by Preston Bailey. Photo by Barbara Kraft. 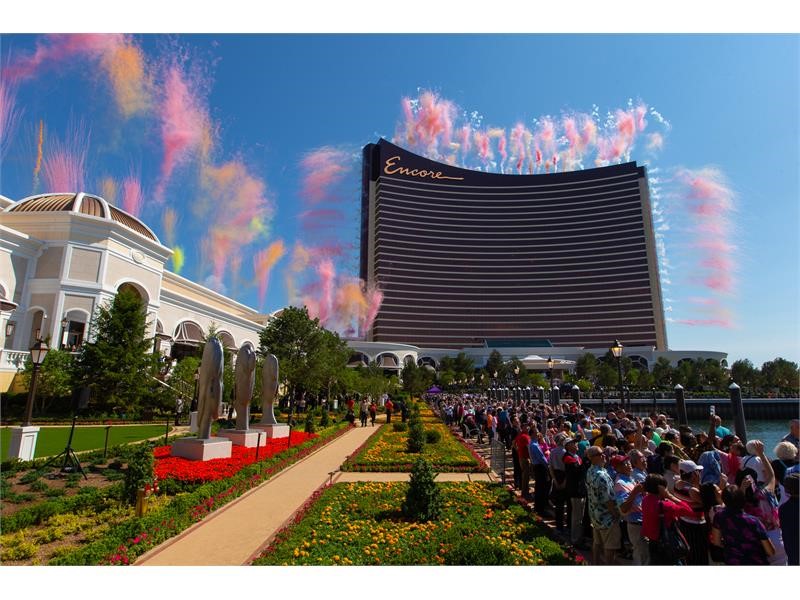 Crowds gather and fireworks signal the opening of the resort. Photo by Michael Blanchard. 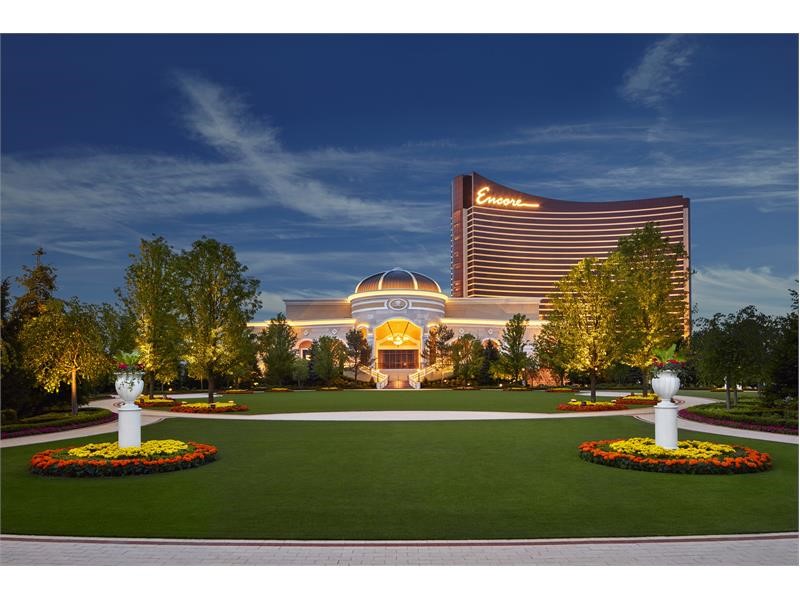 The lawns at Encore Boston Harbor. The building with the Encore logo houses all resort rooms. Photo by Roger Davies. 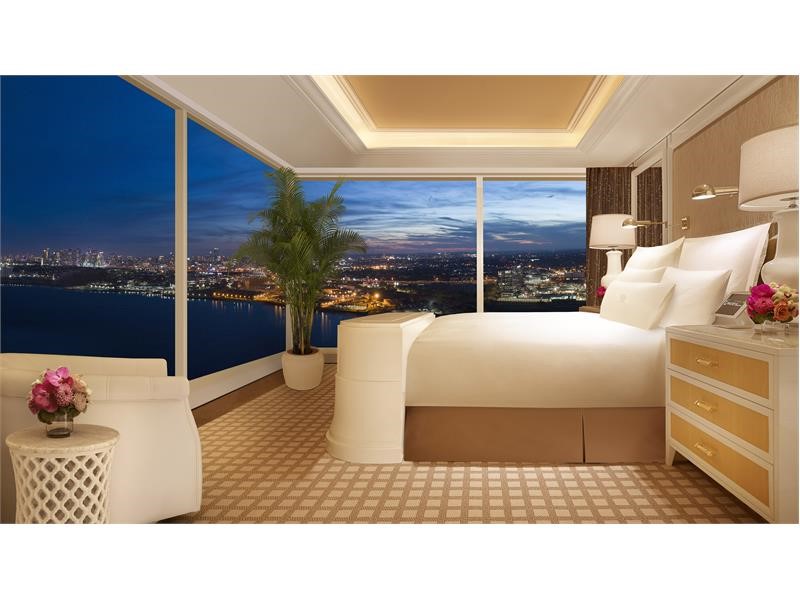 A two-bedroom room at the resort. Guest rooms begin at 650-square-feet and each have an iPad which controls lighting, opening and closing of window shades and more. Photo by Barbara Kraft. 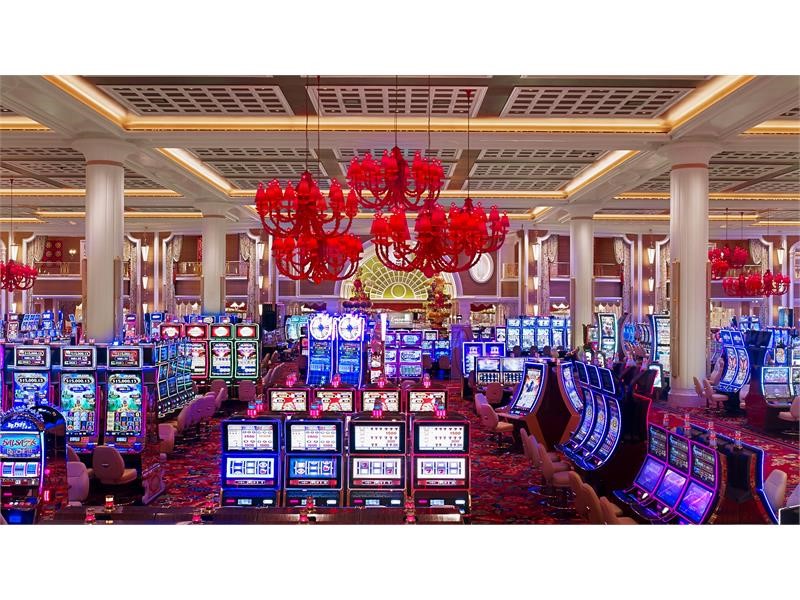 The casino floor. There is also a high-limit poker room. Photo by Barbara Kraft. 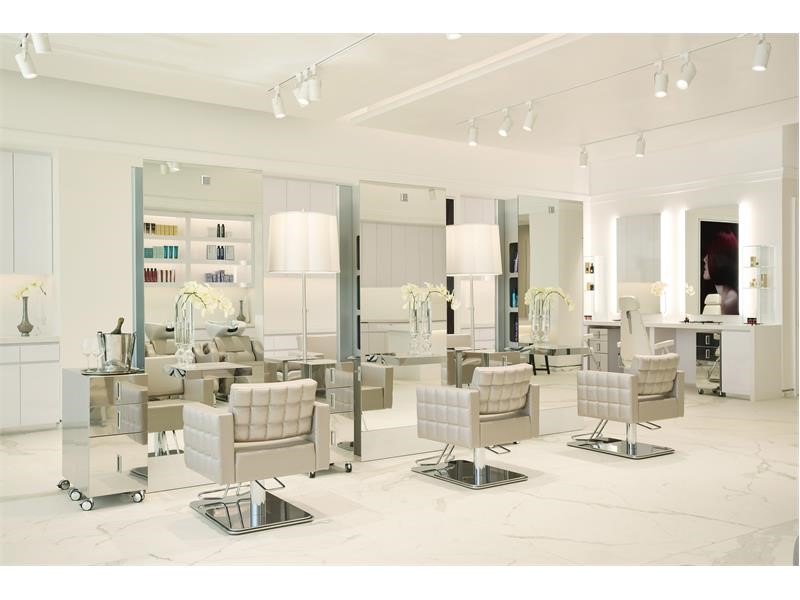 The resort’s salon has six chairs for styling. Photo by Roger Davies. 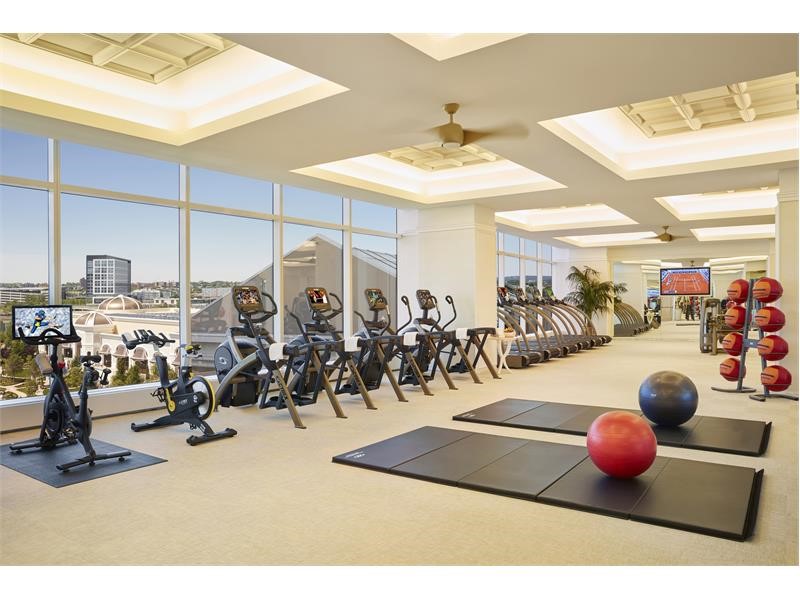 The fitness center is open every day of the week and has views of the city and a rooftop garden. Photo by Roger Davies. 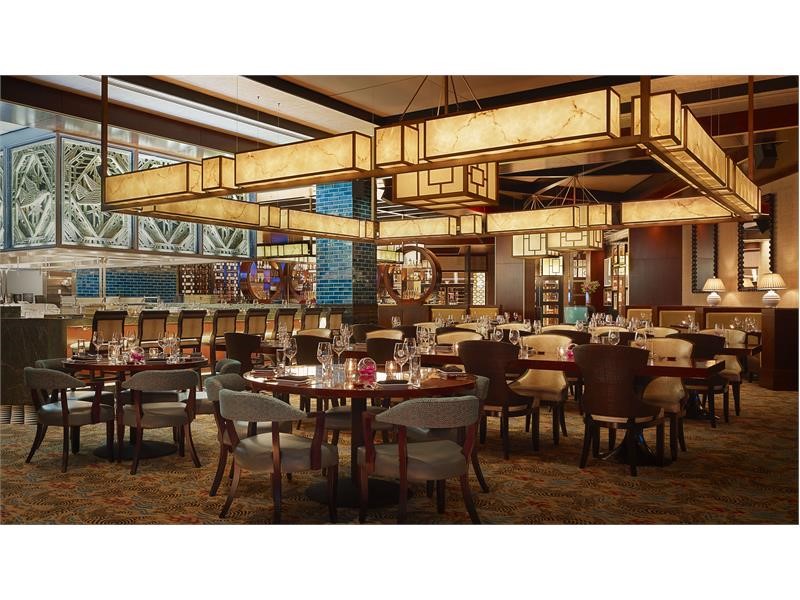 Mystique, with an Asian-fusion focus, is one of the resort’s fifteen restaurants/dining options. Photo by Barbra Kraft. 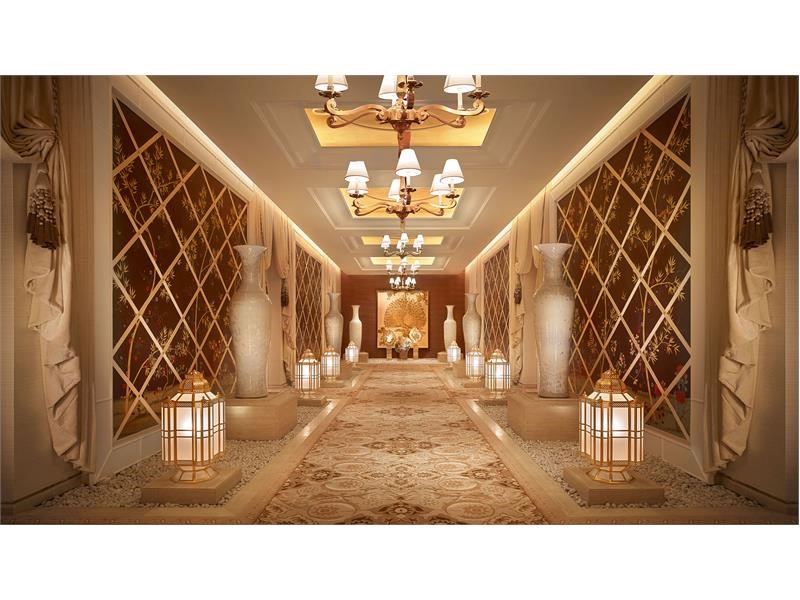 The spa at Encore Boston has sixteen rooms to rest and rejuvinate including a couples room, a sauna, steam bath and more. Photo by Barbara Kraft. 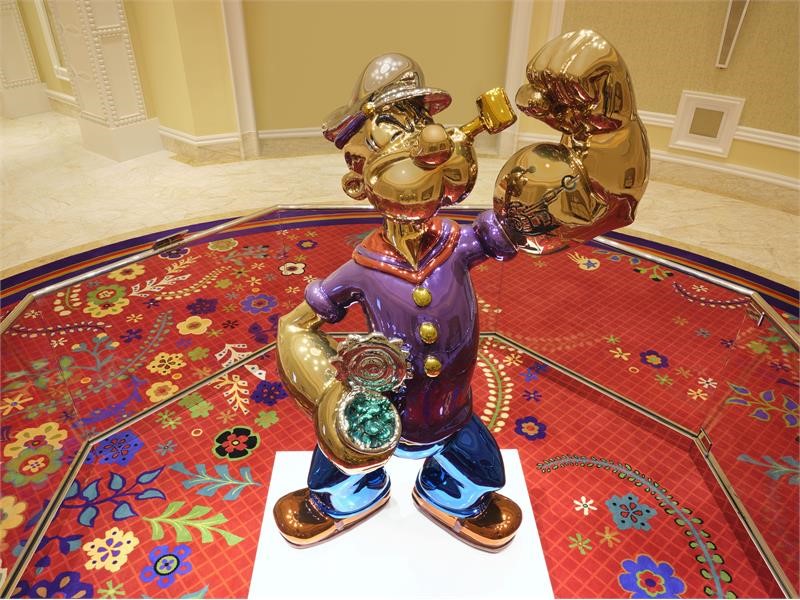 Many pieces of artwork are displayed throughout the resort. Photo by Roger Davies. 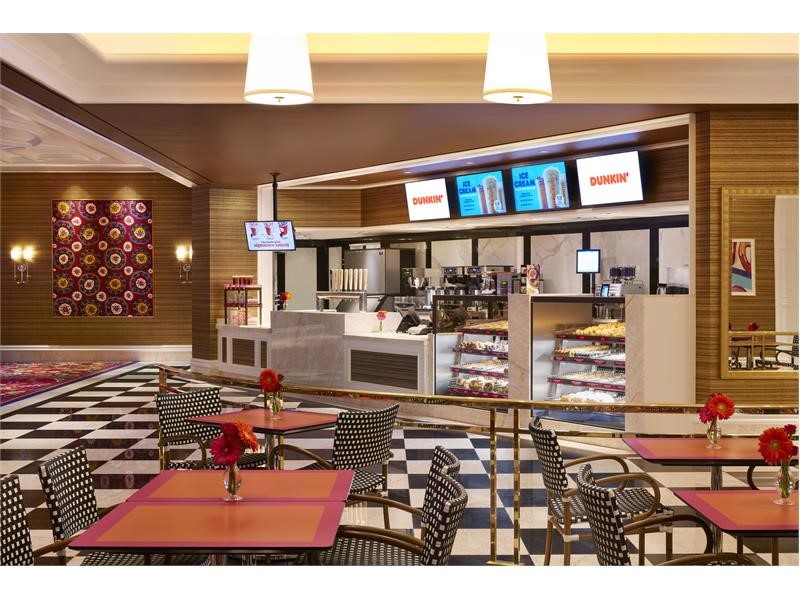 Of course no space in New England would be complete without a Dunkin’ Donuts. Photo by Roger Davies. 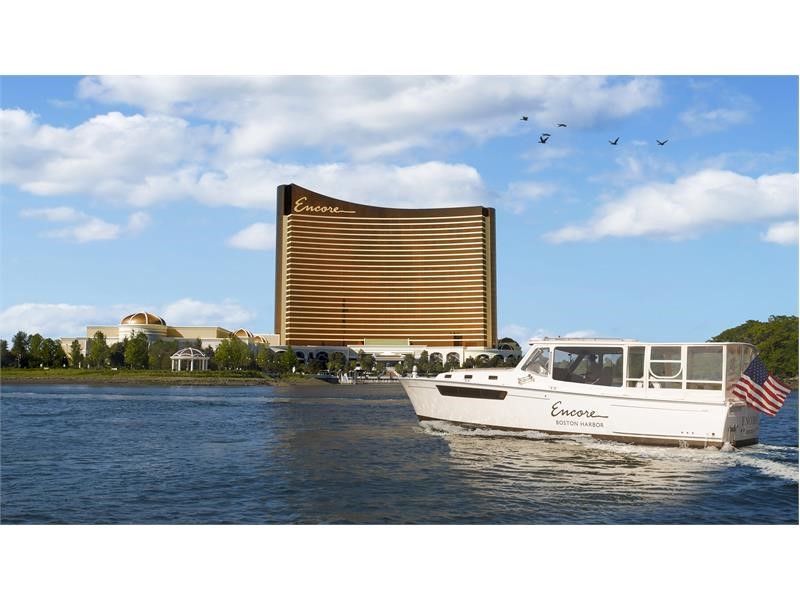 Wondering how to get there?

If you drive, parking at the resort costs $22 for six hours and $42 dollars for a twenty-four hour stay. However, other transportation options are available for those who want to avoid resort traffic. The casino will have free shuttle rides from the MBTA’s orange line stops at Wellington and Malden Center Stations, a seven-dollar water shuttle (with their own fleet of boats from Boston BoatWorks) that travels in the inner harbor between Boston’s Seaport and Long Wharf to Encore’s marina, and lastly, seven-dollar motor coach rides from park-and-rides in Millbury and Rockland, Massachusetts and Londonderry, New Hampshire.

Looking to book a room? Prices begin at $786. For more information, click here.