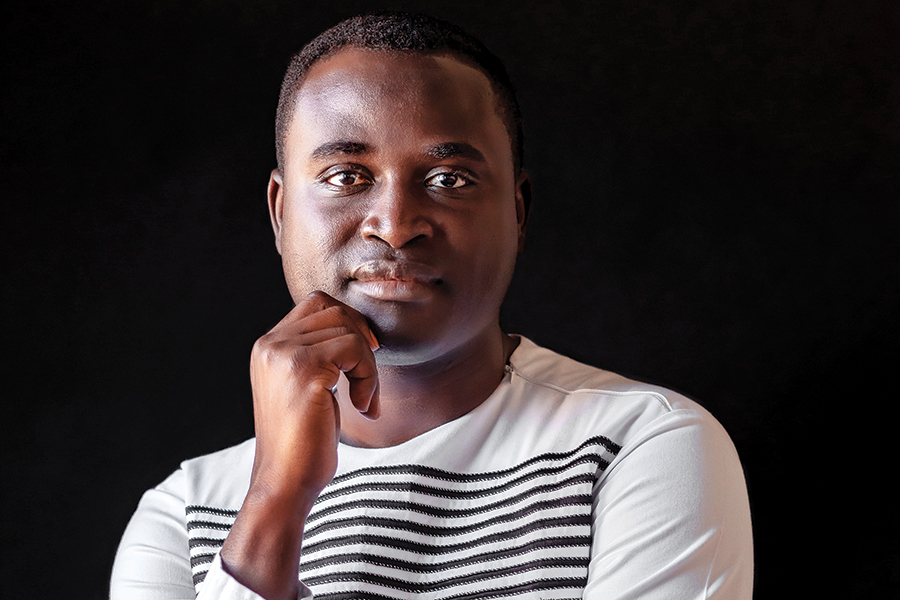 A beacon for refugees resettled in Rhode Island

As hundreds of Afghan refugees find safe harbor in Rhode Island, Dr. Omar Bah is one of many who will keep them afloat — not just as a compassionate neighbor or a community advocate, but as someone who’s been there himself.

In the early aughts, Bah worked as a journalist for a newspaper in the Gambia, where he penned columns that were critical of its brutal dictator, Yahya Jammeh, who has been implicated in a host of extrajudicial executions and often targeted the press. As a result, Bah was kidnapped, tortured and left for dead in a jail cell.

Bah escaped and fled to a refugee camp in Ghana. After about a year, he was granted asylum by the United States. He resettled in Providence in May of 2007.

“I came here with nothing,” says Bah, who was the only Gambian refugee to arrive at the time. He formed a network of refugees from all over the world — who speak different languages and have different challenges — and he worked to build a sense of community in Rhode Island for them all.

His passion project became his life’s work in 2015, when Bah and his wife, Teddi Jallow, founded the Refugee Dream Center, a post-resettlement agency that assists refugees who no longer receive federally funded assistance. The center, in Providence, provides refugees with social-level assistance, cultural orientation, financial literacy training and ESL classes. It also served quadruple its typical client base in 2020, Bah says, due to an increase in need amid the pandemic.

A major priority for Bah, who has two young sons, is youth mentorship. In one program, the center paired refugee youth with Americans from local private high schools to help bridge the gap between the two experiences. Bah also encourages young refugees to pursue higher education and the center offers scholarships to ease the financial burden.

“The opportunity given to me by this country is great motivation for youth to look up to,” says Bah, who earned his doctorate here.
The Refugee Dream Center helps resettled refugees tackle the challenges of the present. But Bah, a psychologist, says he hopes it can help them heal the wounds of the past, too.

“From a personal experience, when I came, no one talked to me about mental health,” he says. “I was highly traumatized.”

Within the next five years, Bah plans to launch a health clinic at the Refugee Dream Center, which will host specialized care including dental, eye and mental health services.

“If it is combined, they won’t feel ashamed or shy to come in,” he says, noting the stigma surrounding mental health care in the refugee community.

Remarked one Bannister judge, “He worked through his personal challenges to help others — that is exactly what this award is about.”

“He leads by example,” noted another, and he shows refugees that no challenge is too big to overcome. refugeedreamcenter.org 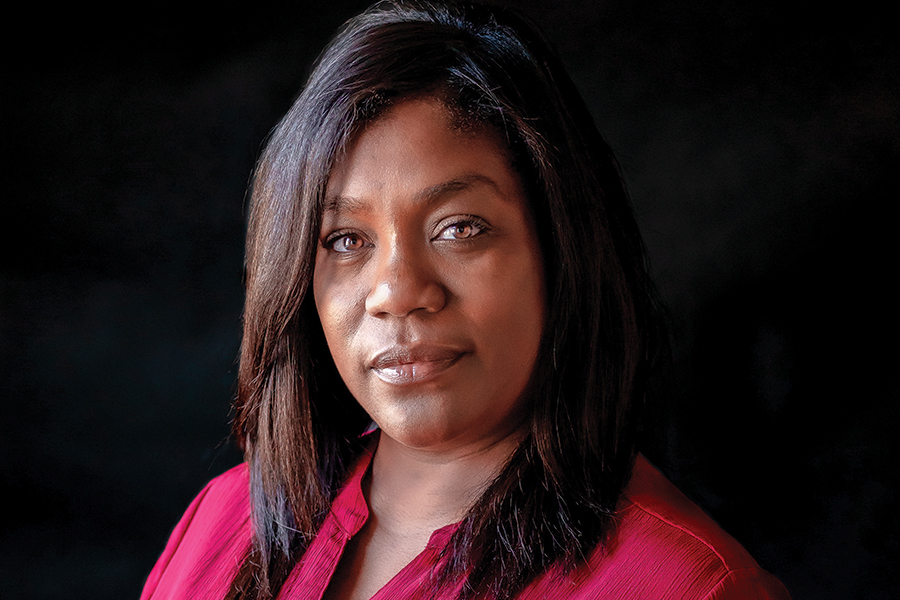 A community visionary focused on equity

First, Kilah Walters-Clinton sought to divert kids from the school-to-prison pipeline. Later, she worked to usher them out. And now, she’s on a mission to take apart that pipeline, bit by systemic bit.

Early in her career, Walters-Clinton, who earned her undergraduate and master’s degrees at Providence College, worked as a crisis intervention clinical therapist in Central Falls and Pawtucket.

“Kids were acting out, and the way schools respond is in a punitive way,” she says. “It was just attracting more trauma.”

Walters-Clinton comes from a background of privilege; her mother stayed at home while her dad worked to support the family, and she attended the private Lincoln School, where she volunteers on the alumni board today. She says she was surprised to meet kids who had never seen the ocean.

“They needed the most help; they were the most vulnerable,” she says. “They had loving parents, but they were working so much they weren’t always there to protect them, to guide them.”

Later, Walters-Clinton would serve as an adult probation officer tasked with reducing recidivism and a juvenile probation officer for the Department of Children, Youth and Families [DCYF]. She also served as a racial equity team leader and a co-chair of DCYF’s diversity advisory council.

Walters-Clinton lends her expertise on boards for the Providence Shelter for Colored Children and the Economic Progress Institute and was selected for the Rhode Island Foundation’s first Equity Leadership Initiative cohort. The mother of three, who is pursuing her doctorate in leadership from Johnson and Wales, also maintains a small advising practice.

Walters-Clinton says she prefers a full schedule of commitments — “I need places to put my brain so I don’t think about laundry and dishes,” she jokes — and her work hasn’t gone unnoticed. Says a nominator who served on a board with Walters-Clinton, “She understands that if it takes a village to raise a child, someone needs to build that village. She can see opportunities in places where others don’t.”

Earlier this year, Walters-Clinton assumed the role as the director of race, equity and community engagement at the Executive Office of Health and Human Services.

“This role is giving me the opportunity to guide how policy and practices and programs are designed to really help the most vulnerable Rhode Islanders,” she says. “I have to be a part of the change, with all this violence that’s going on in the world. I hope the work I’m doing keeps my kids safe.”

She adds, “This isn’t about Black kids, white kids, Latino kids. This is about our communities. We can no longer be in the business of wasted human capital.”