There’s no one like her: Christiana Carteaux Bannister, born in 1819 to a Black and Indigenous family in North Kingstown, changed the course of history. She was active in the Underground Railroad, she rallied for social justice amid Reconstruction-era racism, she was a voice for elders of color and, all the while, she worked as a hair doctress who brought out the beauty in all people. She moved the world forward, and her life was a blessing to her community and her painter husband, Edward Mitchell Bannister, whom she financially supported and who famously remarked, “I’d be nothing without her.”

No, there’s no one quite like Christiana Carteaux Bannister. But there’s also no one like Dr. Taneisha Wilson. And Marcy Reyes. And Ray Rickman. And Tina Pedersen. And Dr. Omar Bah. And Kilah Walters-Clinton. These individuals, who were chosen by a group of engaged local judges, work to eradicate inequities while also celebrating the beauty in our differences. Join us as we follow their lead toward a just future for all Rhode Islanders. 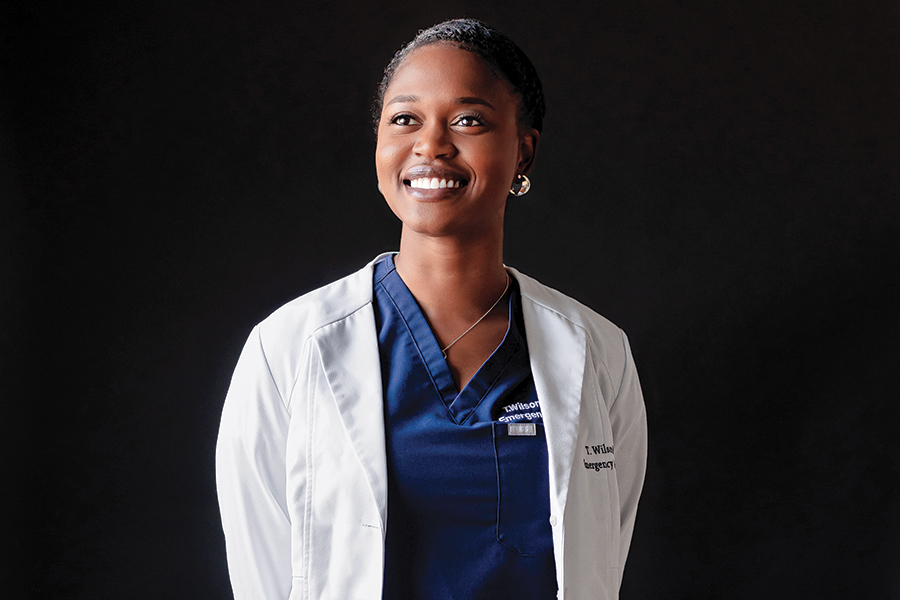 During her residency at Brown University’s Warren Alpert Medical School, Dr. Taneisha Wilson realized she was just one of two Black women in the program. So she began working to recruit more residents of color while also trying to “ensure the environment was going to be supportive of their lived experience,” she says.

But there was room for improvement in all areas of the ED, so Wilson — alongside pediatric emergency fellow Hannah Barber-Doucet and other colleagues — developed the innovative Discussing Anti-Racism and Equity in Emergency Medicine (DARE-EM) curriculum for health care providers, which emphasizes an antiracist culture in the emergency department.

According to a colleague who nominated Wilson for the Bannister Awards, “These topics are hard to discuss, especially after the year we have had in the emergency department during the pandemic, but she does it with grace and compassion.”

The twelve-month DARE-EM curriculum asks Brown Emergency Medicine and Brown Physicians caregivers to examine the legacy of structural racism on medicine and assess their own biases while also creating goals for an actively antiracist practice. Participants, who enroll voluntarily, have access to lectures, reading materials, patient-provider simulations and a quarterly book club. DARE-EM also uses internal ED data to examine — and work to fix — disparities in care.

“As a physician, a nurse or a provider, we don’t want to be the reason a person is having a bad day,” says Wilson, who also serves as an assistant professor at Brown. “Our jobs are hard enough. It’s easy to forget we’re not just cogs in a machine. We’re treating humans.”

For as long as she can remember, Wilson wanted to be a caregiver. According to family lore, it all began when, at two years old, she’d stuck a corn kernel in her ear. Her pediatrician removed it quickly and painlessly.

“It’s an old trite thing,” Wilson says, “but I just wanted to do for other folks what that doctor did for me.”

Wilson didn’t pursue pediatrics, but she gravitated toward areas of treatment and research where she could provide real relief for her patients. In medical school at the University of Connecticut, she homed in on sickle cell disease, a rare illness marked by pain crises that can require hospitalization.

“It’s a chronic illness that, for the most part, affects people of color and they use opioids to treat their illness,” she says, “so there’s explicit and implicit bias. We’re trying to mitigate that bias because these are the patients, I think, that sometimes get the short shrift when they seek care.”

Earlier this year, she received a $300,000 grant that could reinforce those guidelines in places like Rhode Island. Wilson is developing a way for providers to assess patients seated in triage chairs, which could accelerate necessary treatment, prevent hospital admission and, ultimately, restore trust for patients who experience severe pain — “They feel like they’re dying,” Wilson says — but don’t always get treated as such.

If anyone can change that, the Bannister judges agreed, it’s Wilson. 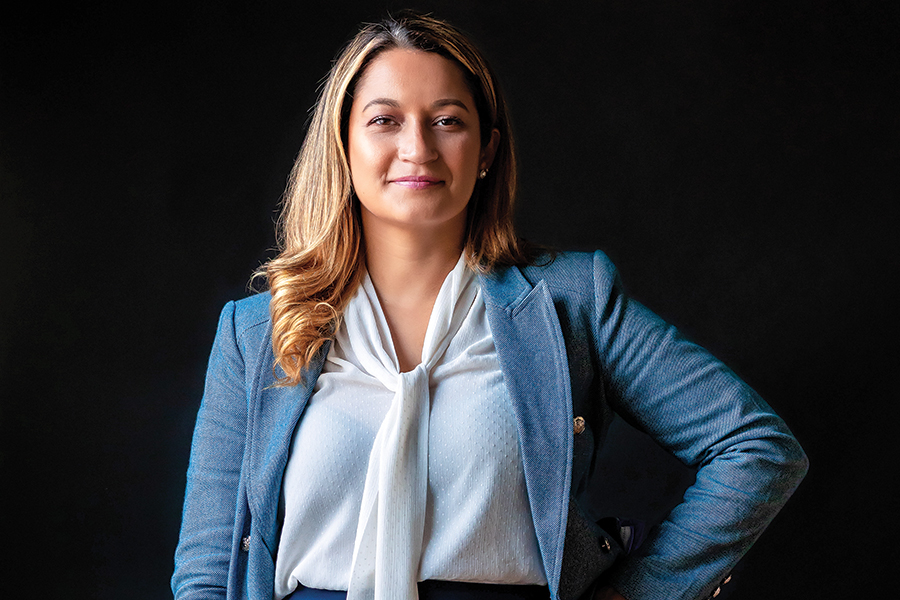 Champion for Financial Literacy in Communities of Color

There’s a picture of Marcy Reyes at her kindergarten graduation, all dressed up for a performance with numbers pinned on her tiny cap and gown. Her part in the play foretold a future that would help city kids, like her, wear their finances on their sleeve — and proudly.

“We didn’t talk about money at all growing up,” says Reyes, who was raised in Providence and graduated from Central High School. “It was an unspoken dynamic in our household.”

Reyes, who credits her father for her strong work ethic, remembers her first job, at age fourteen, working a summer program in the city for $4 an hour.

“My mother would take it and give me $20,” she says of her weekly wages. “But there was no communication about budget or anything. All that stuff was pretty absent so, as a young adult, I found myself making pretty silly financial decisions.”

Reyes, who had a daughter at age twenty, describes getting a settlement payout and blowing the money on trips and clothing and, in that moment, an idea strikes her: She should create an exercise for her FLY Initiative students to see how much money she’d have now if she leveraged those dollars back then.

In its three-year tenure, Reyes’s nonprofit, Finance Literacy Youth [FLY] Initiative, has served more than 700 students in Rhode Island’s urban core with workshops and seminars that take students through the basics of personal finance, including paying taxes, managing credit, saving for college and investing. Experiential learning is a major component; for example, FLY students get gift certificates to open their own investment accounts.

“I look at personal finance as a social justice issue. If you don’t have access, that’s an equity issue,” says Reyes, who daylights as director of Blue Cross Blue Shield’s Individual Segment and teaches at Rhode Island College, her undergrad alma mater where she took her first personal finance course — the class that taught her how to save for her master’s. “It’s unfair that East Greenwich and these other schools have personal finance magnets and they’re creating wealth off the bat, and we have our kids who are still figuring out how to open checking accounts.”

Reyes, who is the program’s sole educator, says she’s secured private funding to grow her nonprofit and hire more educators to lead workshops and semester-long courses in city high schools. She says she’s committed to employing educators who look like her students, too, so they can picture a financially savvy future for themselves.

“It wasn’t until I got my hands on the right information that I had the opportunity to end that cycle,” she says. “The only way I can give back to the universe, if you will, for that opportunity is to make sure other people have it, too.” flyinitiative.org