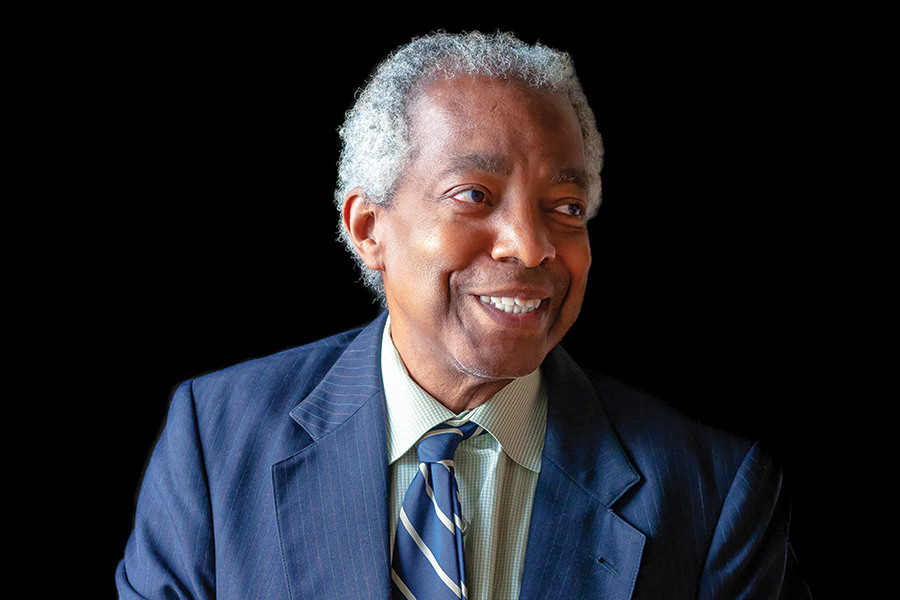 Longstanding Crusader for Rhode Islanders of Color, Past and Present

Every third year of his life, Ray Rickman studies somebody. Back in the 1980s, he selected Christiana Carteaux Bannister.

“I had choices, and I chose her,” says Rickman, a public scholar who gave his first lecture on Bannister’s legacy in 1982 at Brown University’s John Hay Library. Of his Ivy League audience, Rickman says, “They knew about her, but they knew nothing. You put her in the context of her time and she’s a fundraiser, she’s a philanthropist, she’s helping to recruit soldiers for the Civil War…. And she can go to a dinner party with the Metcalfs and hold her own.”

Rickman led the charge to save the Bannisters’ home in Providence, which is owned by Brown and was under threat of demolition, and he pushed to rename a city street in their honor. He’s also raising funds for a headstone for Mrs. Bannister’s unmarked grave at the North Burial Ground.

Raised in Detroit, Rickman is an equal opportunity crusader. When he realized the State House lacked visual representation of women leaders, he chaired the Secretary of State’s commision to choose one from history for an artistic rendering. Elizabeth Buffem Chace, a white suffragist, garnered the most votes, while Bannister came in close second. Thanks to Rickman’s creative fundraising, bronze busts of both women grace the State House’s hallowed halls.

“I work at being a feminist and I think it requires study and commitment, not just ‘I care about women,’ ” Rickman says, adding that he had three mentors as a teenager, and all were female. “Everything I do is out of curiosity or my mother’s teachings.”

Rickman’s championing of Christiana Carteaux Bannister is “emblematic of the extraordinary work he has done in Rhode Island over the past forty years to build bridges across racial divides by advancing equity,” writes a nominator.

In addition to Bannister, Rickman has re-introduced numerous Black female artists from history into the modern lexicon, including sculptor Nancy Elizabeth Prophet and soprano Sissieretta Jones, through his nonprofit, Stages of Freedom, which also raises funds to teach kids of color how to swim. He’s served as deputy Secretary of State, director of the Providence Human Relations Commission, was the first Black president of the Rhode Island American Civil Liberties Union (ACLU) and was elected to three terms as a state representative.

In late summer, Rickman announced he was running for office again. Previously, he says, he consulted with the ACLU about suing the Providence school district over violence at Hope High School. Rickman was advised that it was a matter for legislators. Then his own senator, Gayle Goldin, vacated her seat for a position in the Biden administration.

“I never planned to run for public office again in this lifetime,” Rickman says. “If you asked me, I’d laugh at you. But the sea opened.”

In October, Rickman lost his bid for state senate in a packed Democratic primary. But, legislative platform or not, he’ll remain a resounding voice for equity and equality in Rhode Island.

Says one Bannister judge, “He has that longevity.” 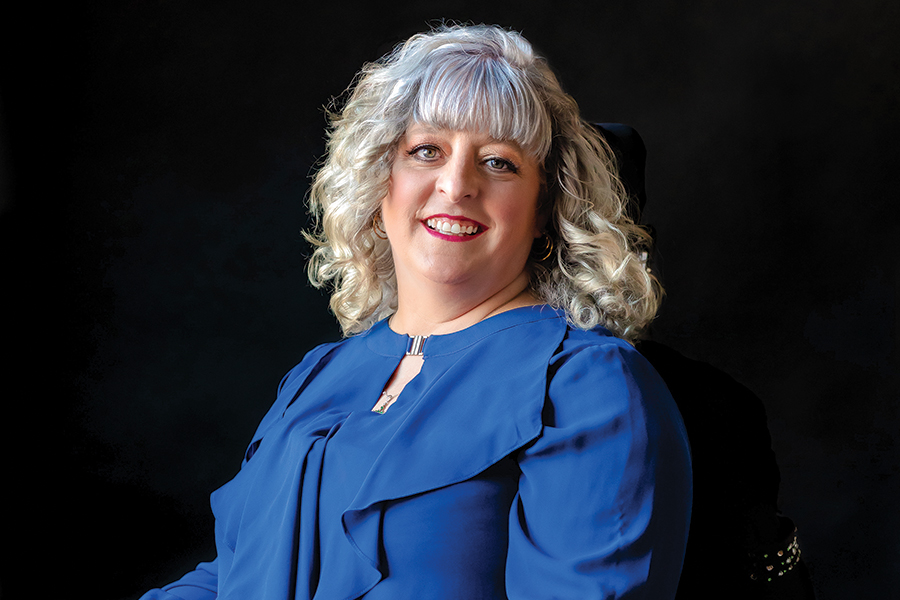 On Mother’s Day of this year, Tina Guenette Pedersen suffered a heart attack and a stroke while tackling long-haul COVID symptoms. She went blind for seventy-two hours. And then, she put the whole ordeal out there on the Internet for her podcast subscribers.

“I wanted people to know: Here’s how they’re fixing me — and obviously it worked because I’m back,” Pedersen says. “Nothing stops me.”

Pedersen, who uses a bejeweled electric wheelchair for mobility, is the founder and president of Real Access Motivates Progress (RAMP), a nonprofit dedicated to advocating for accessibility and inclusion in schools, businesses and the community. She’s performed more than 170 roll-throughs, where she navigates spaces and provides assessments for clients; she also connects them to low-cost accessibility resources. It’s good for business, she says: 26 percent of Rhode Islanders have a disability, and 11 percent use mobility devices.

“The bigger issue is those sixty years or older will be half of Rhode Island’s population by 2030,” she adds, “and 40 percent of them use a walker, wheelchair or cane either temporarily or permanently but are just considered elderly and not counted as disabled.”

In addition to her work with RAMP, the four-time cancer survivor and three-time stroke survivor serves on multiple boards and commissions while regularly meeting with state leaders to elevate the discourse on equity in accessibility in Rhode Island. In the early days of the pandemic, she sat in on calls with the governor to offer perspectives from the community, as well.

“I was a walker; my life changed in ten minutes,” she says of the stroke to her spine during a surgery seven years ago. “This could happen to anyone. Don’t you want the world to be accessible?”

Pedersen says no one should miss out on making memories with loved ones, especially due to something so fixable as inaccessibility. Last year, when she was working on her Habitat for Humanity house, she swung hammers and attached paintbrushes to sticks to paint her own ceilings.

Pedersen’s positivity is infectious and so is her humor, which douses sometimes-dark situations in effervescent light. She recalls when her accessibility van broke down on the highway. The responding officers had no way of transporting her wheelchair, so they flanked her as she cruised down the shoulder lane, waving to cars like the queen she is.

“I have done more from my wheelchair than before I was in it: I’ve gone hiking, surfing, mountain climbing. I jumped out of an airplane,” she says. “My wheelchair gives me wings. If it wasn’t for my wheelchair, I couldn’t go out and spread my joy and my voice.” rampisinclusion.com