Who's the guy on the State House? Why doesn't Del's come with a straw? Why are we so Catholic? We tracked down answers to all of your burning questions.

Why has the state sprouted giant Mr. Potato Heads? 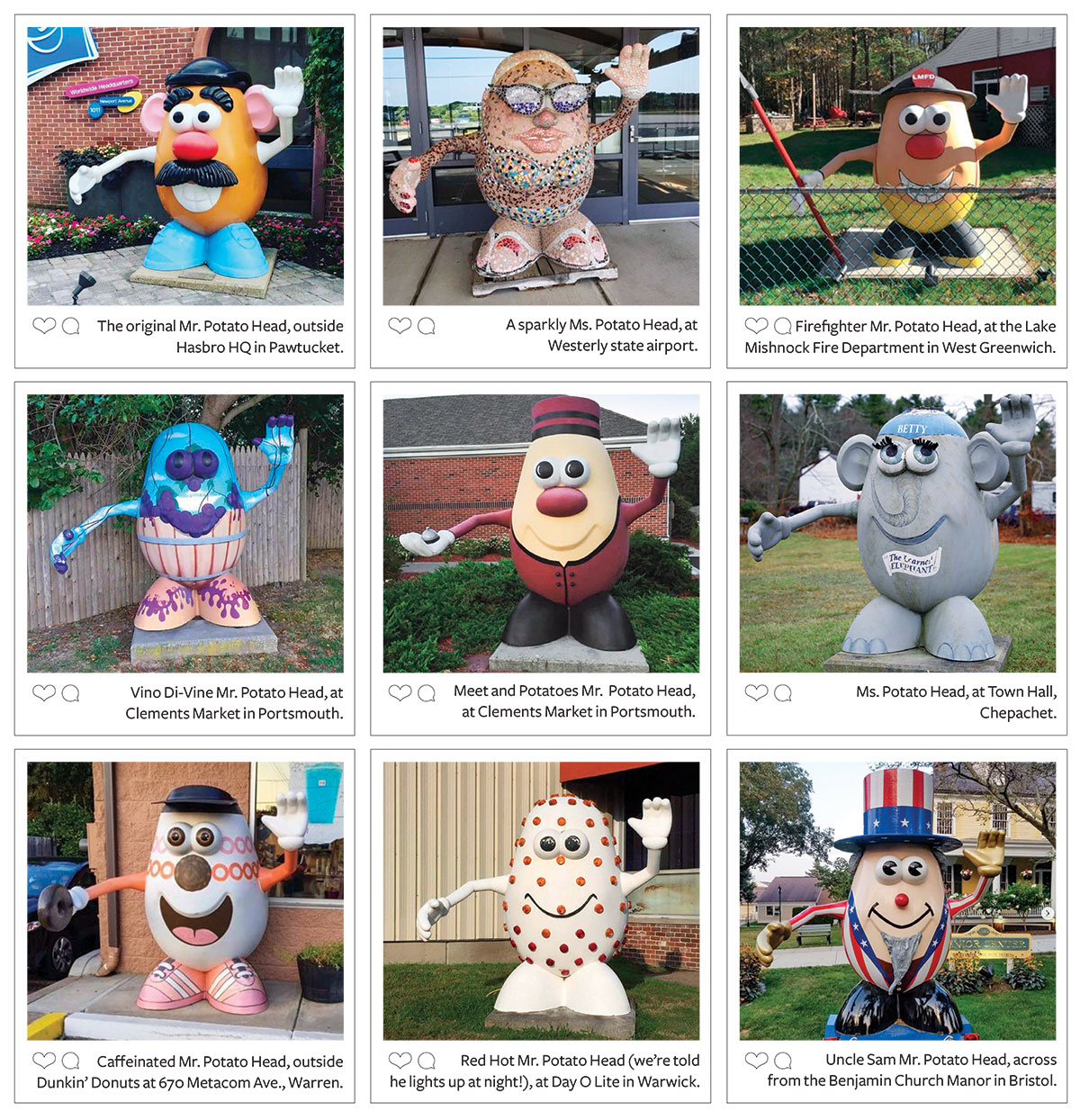 Back in 2000, Hasbro, creator of Mr. Potato Head, and the state tourism office sprinkled Rhode Island with roughly four dozen six-foot-tall Mr. Potato Heads outside municipal buildings, airports, and even a car rental place on Post Road. The tubby tuber sported many outfits as part of this tourism campaign: Tourist Tater; Spudley Do-Right; Edgar Allan Poe-tato, Sergeant Spud. Time, sadly, has not been kind to the Potatoes and many were sent to permanent rehab. Some, however, remain so keep your eyes peeled…. – Sarah Francis

What happened to the guy caught living inside Providence Place mall?

Courtesy of Michael Townsend/Tape Art. Living in the Providence Place mall garage in 2007.

Providence Place mall looms in the distance from Michael Townsend’s art studio on Acorn Street. He was banned from the mall in 2007, when he and a collaborative group of artists were caught living in a hidden room above the parking garage off and on for almost four years. Tape Art founder Townsend and current collaborator, Leah Smith, are celebrating the thirtieth anniversary of Tape Art, which started as a form of street art here in Providence and has since grown to be its own genre of art making. Townsend and crew use blue and green PiktoTape to create massive, temporary murals on architecture and street surfaces.

While still based in Providence, the collaborative travels the nation and the world to create funded murals on buildings such as the Memphis Brooks Museum of Art and, this summer, on the Greek National Opera in Athens. They’ll also feature their collaborative art at the National Art Education Association National Convention in Boston. This month, they’re launching their own tape line and releasing an art book that is both an
archive of their work and a teaching manual on their methods. The group of tape artists also visits schools, hospitals, community centers, correctional and psychiatric centers, corporations and more to serve and teach the community their art form.

“We’re focused on sharing the benefits of our collaborative process and giving teachers and students a chance to make art in a new way that is really quite extraordinary,” Townsend says. From his studio windows, he can see the towering walls of the mall every day — walls that he hopes, someday, to be able to draw on.

What’s up with our accent? 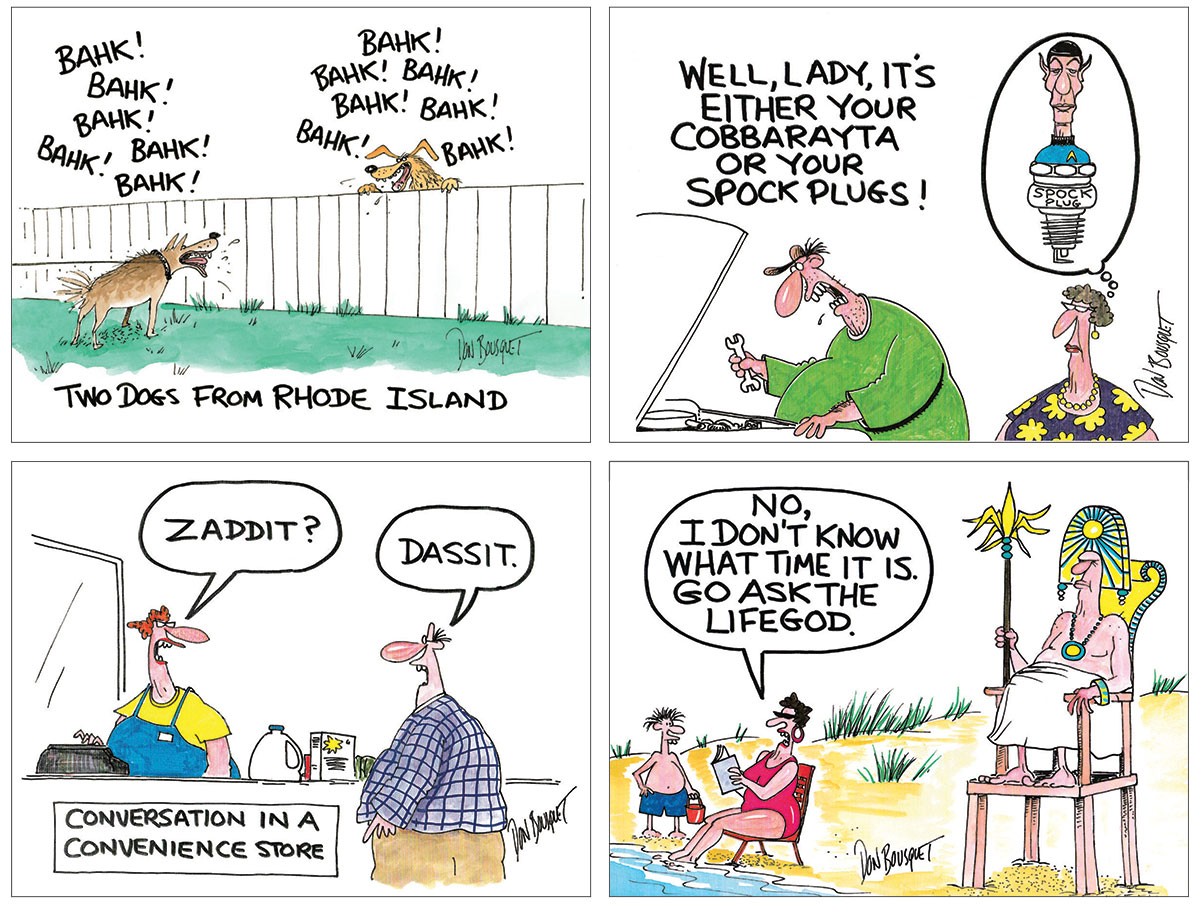 Here in Vo Dilun — excuse us — Rhode Island, we have what you’d call a distinctive sound, but where does it come from? It’s not quite Boston or Brooklyn; it’s really a mishmash of both, with Portuguese, Italian and Brit thrown in. The result? An accent where r’s run wild (soda becomes “sodar”) and other consonants like p and t go into hiding (potato comes out as “butayda”). We also have a faint nasal thing, what movie dialect coach Thom Jones says is the hardest for actors to nail. They understand the similarities between New York, Rhode Island and Boston, but miss the differences, he says. In researching this conundrum, we asked expert Don Bousquet, co-author of the Rhode Island Dictionary, if he’s ever met a Vo Dilunism he couldn’t fathom. “I understand them all, which makes me a problem,” he admits. And as for his favorite? “They’re all weird.” – Sarah Francis

Why do we call hot dogs “wieners”? 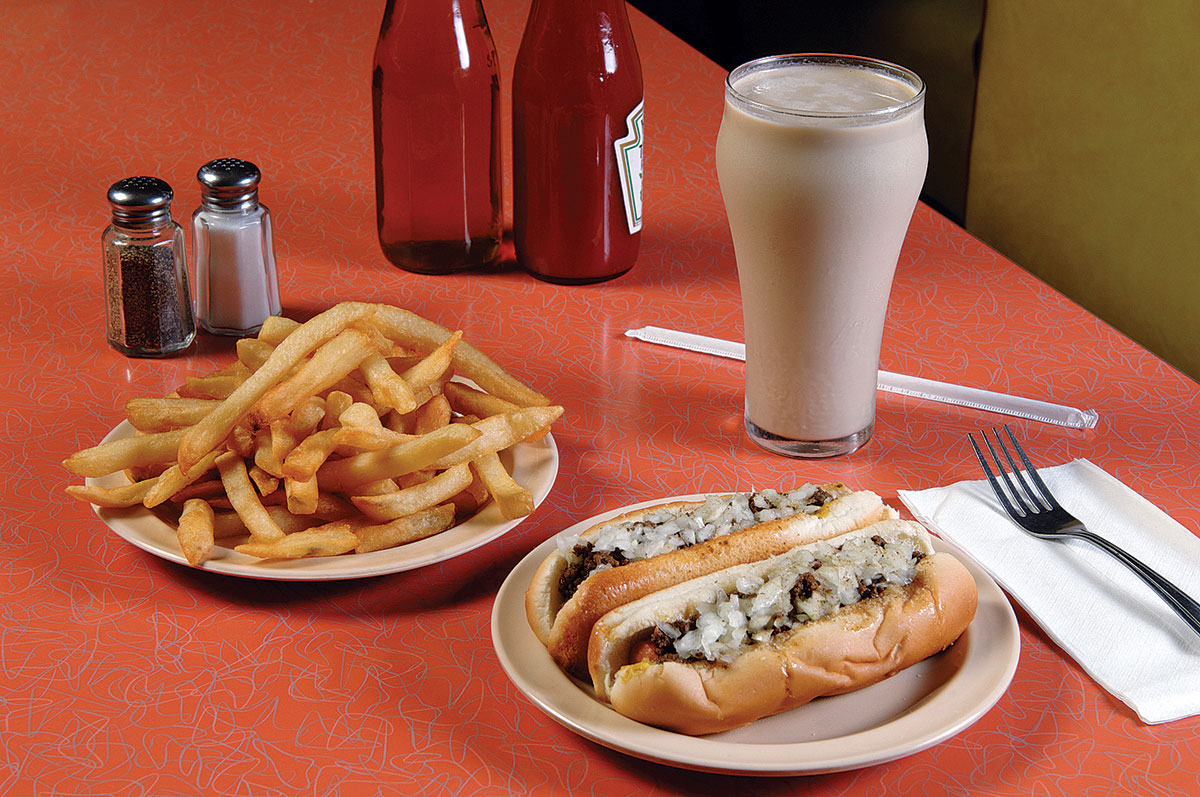 Turns out it is a family secret that was taken to the grave. “No one knows the true origin of the phrase hot wieners,” says Olneyville New York System co-owner Greg Stevens. “My dad never even really told me. I sent a few reporters to pry it out of my uncle Ernie [Pappas, son of the founder of the Original New York System located on Smith Street in Providence], who just recently passed away in September, and he wouldn’t budge.” He was ninety-six when he died. Also, no one really knows why hot wieners and coffee milk are the perfect pairing. “Andrew Zimmern was here and he was like, ‘Who drinks milk with meat?’ ” says Stevens. “Even he said, ‘Yep, that’s bizarre.’ ” –Jamie Coelho