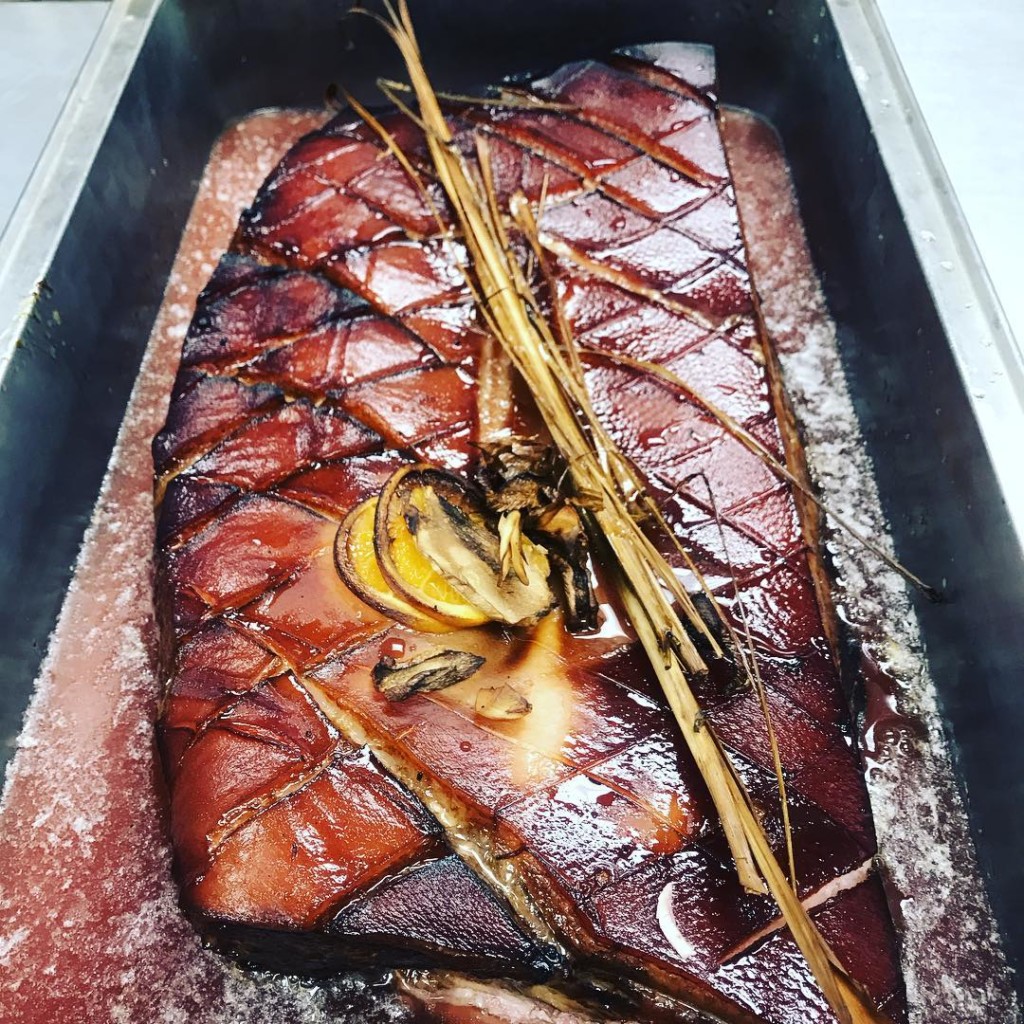 Larkin’s pork belly coming out of the smoker at Revival. Photo by Sean Larkin from his Facebook page.

Revival brewmaster Sean Larkin has been teasing friends on social media with his cooking skills, enticing them to come on down to the new Revival Foodworks and Brewery in Cranston as it moved from the basement location to the upstairs area after Brutopia closed for good.

Shots of marinated pork belly emerging from the smoker, a bowl of carefully styled ramen with a perfectly soft-boiled egg and buffalo-style roasted cauliflower with sautéed mushrooms, zucchini and peppers are getting a hugely positive response from fans. The brewer can cook! But many forget that brewing is just like cooking, and Larkin has a long background at Trinity Brewhouse, where he started in the kitchen and transitioned into becoming an award-winning brewer, and running Lilli Marlene’s, formerly on Federal Hill in Providence.

When Brutopia closed late last month, it made sense for the Revival Brewing team to move upstairs and start serving its own street-food-style menu alongside its renowned craft beers. The beers are brewed and canned on site, and the Tasting Room that was originally downstairs moved into Brutopia’s former bar and dining areas. A short menu is now available upstairs at 505 Atwood Avenue with a full menu coming January 15, but expect it to change frequently based on the beers that are on tap and the ingredients that are available from local purveyors.

“There will be elements of barbecue but we are not a barbecue restaurant,” Larkin says, adding that he hired a friend to help in the kitchen, so although he’s developing the menu, he won’t be doing all the cooking. “We’re going to do pho, we’re going to go southwestern and New England. It will be a compilation of favorite menu items that I have from places around the state. We sold forty orders of ramen yesterday.” 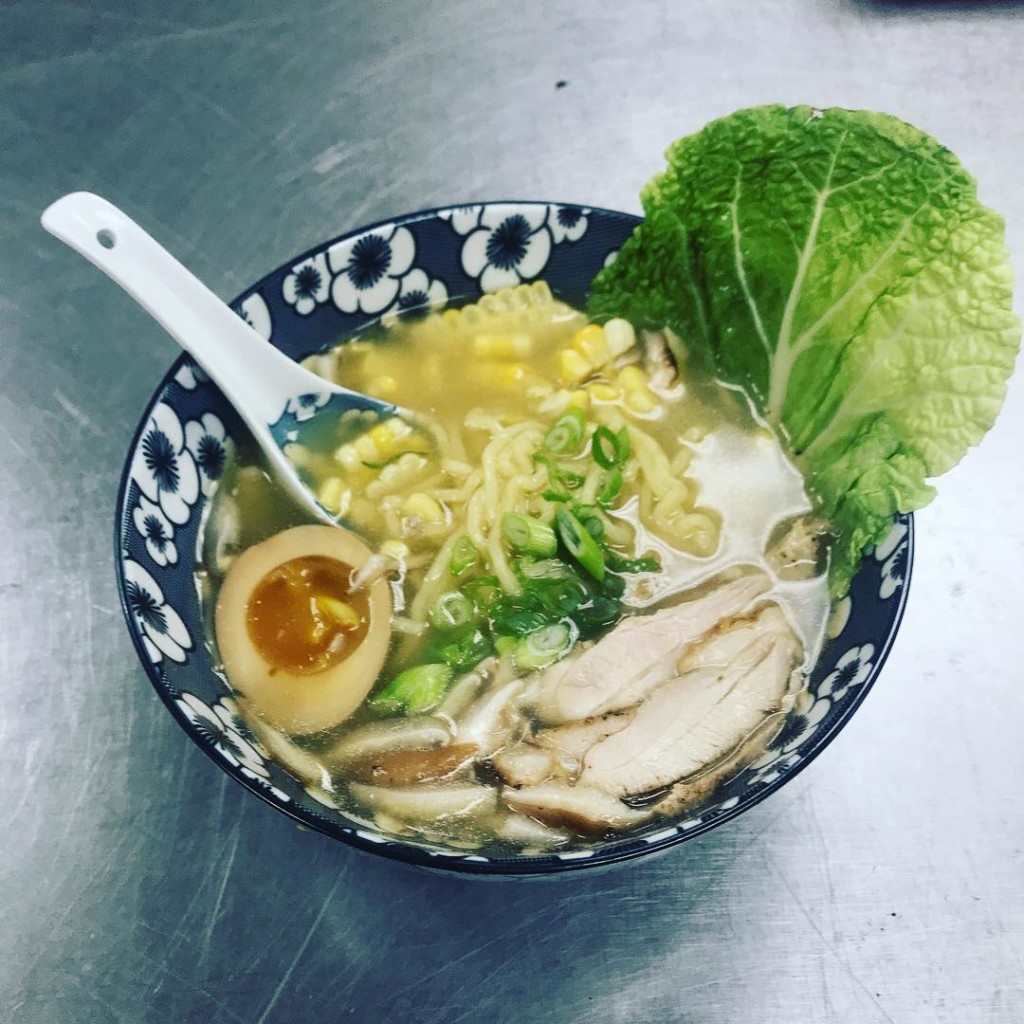 Sean Larkin’s ramen at Revival. Photo by Sean Larkin from his Facebook page.

But the beer still comes first, and he’s planned some fun ones alongside his team that will inspire creativity with the food menu in the coming weeks. “We’re still leaning brewery first, with a good food menu,” he says. When he releases Revival’s Bushido beer fermented with saki and blood orange, expect some Japanese influence, and when the Burgundian Waffles collaborates on a Belgian-style tripel ale called Wafel, the menu will turn Belgian with mussels and frites and other items. 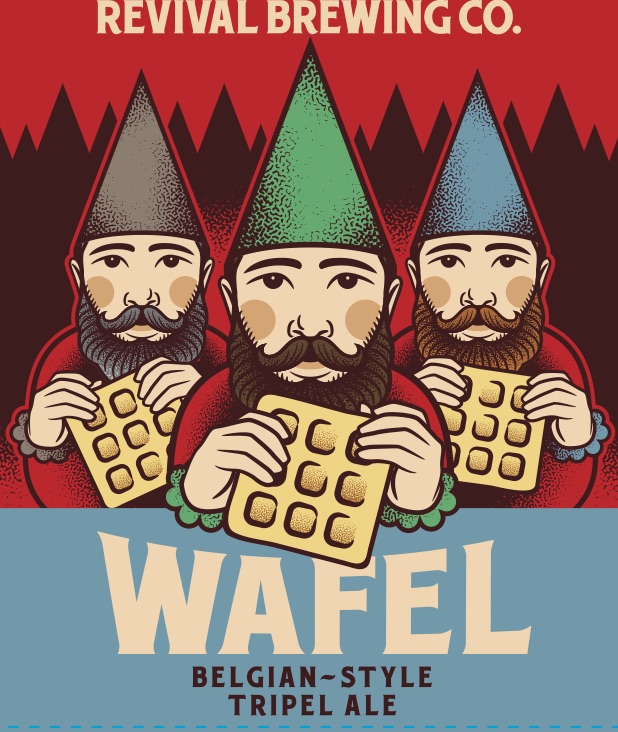 “I want people to see a clear difference between styles and want to test different menu items,” Larkin says. “It’s been fun seeing what people are getting excited about and hearing their feedback.”