Sean Larkin has taken his craft brewery to the next level with creative beers and a menu to match.

Sean Larkin and Owen Johnson have made their irreverent hipster mark on more than 100 purveyors of booze around the state. Their brewery, Revival, has become synonymous with twenty-first century craft beer culture, one as much about image as it is about hops. Their invisible third partner is AJ Paglia, the brainchild behind design and branding. He’s responsible for the Matryoshka doll on Juliett Imperial Stout, the defiant defenseman on Larkin’s Ice Fight and a dapper lobster on the Rocky Point Red Ale. In short, he’s the reason millennials walk around like billboards in search of a keg. 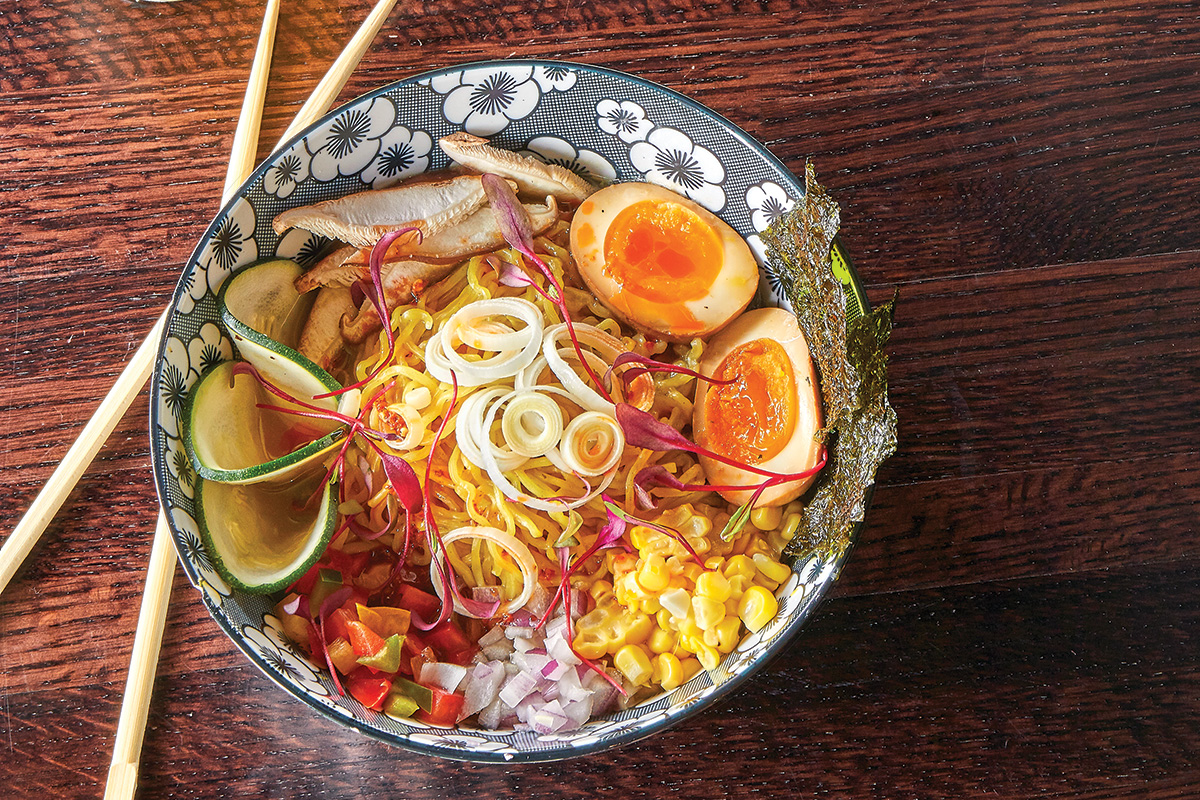 On the flip side of the aesthetic spectrum is the Cranston building that houses Revival’s manufacturing business. It sits unobtrusively on Atwood Avenue, like an industrial wing of Home Depot that stores John Deere vehicles. Vats of beer peek out from behind an observation window but the majority of the space is vastly open air in which to guzzle the dozen nightly drafts and grab a bite to eat. Sure, there’s a skeeball machine and basketball toss at one end of the airplane hangar-sized space, and the colossal TVs alternate between Adventureland and baseball games. The one thing it lacks is intimacy in any form, unless you’re at the bar and manage to get the bartender’s undivided attention.

On most nights, someone passing by will tell you to grab a menu and sit wherever you’d like. (There are thirty-odd tables to choose from and the decision is like picking a single Jelly Belly flavor out of a bowl.) Most people meander over to the bar screens touting the beers of the day and it’s easiest to throw in a food order while you’re up there. Someone will pass you a buzzer, the purpose of which isn’t quite clear until it begins to flash erratically and a tray-holder from the kitchen looks out onto the expansive floor trying to find the proverbial lighthouse.

But I digress. Let’s get back to the beer for a second.

Larkin is a risk-taker when it comes to his alcoholic concoctions. Revival runs the gamut from sweet stouts to sour ales to dry IPAs. Regulars know exactly what their beer of choice is and they order it confidently while others simply want to try the next new thing. “I’ll take a You Schwiffty? IPA,” shrugs a quizzical drinker who, after a long sip, says, “It’s like a Vienna bakery pepper biscuit. In liquid form.” Even the one-day special, Put Up or Chut Up: Tamarind Chutney Style Sour, drinks like an Indian meal on a hot summer day. 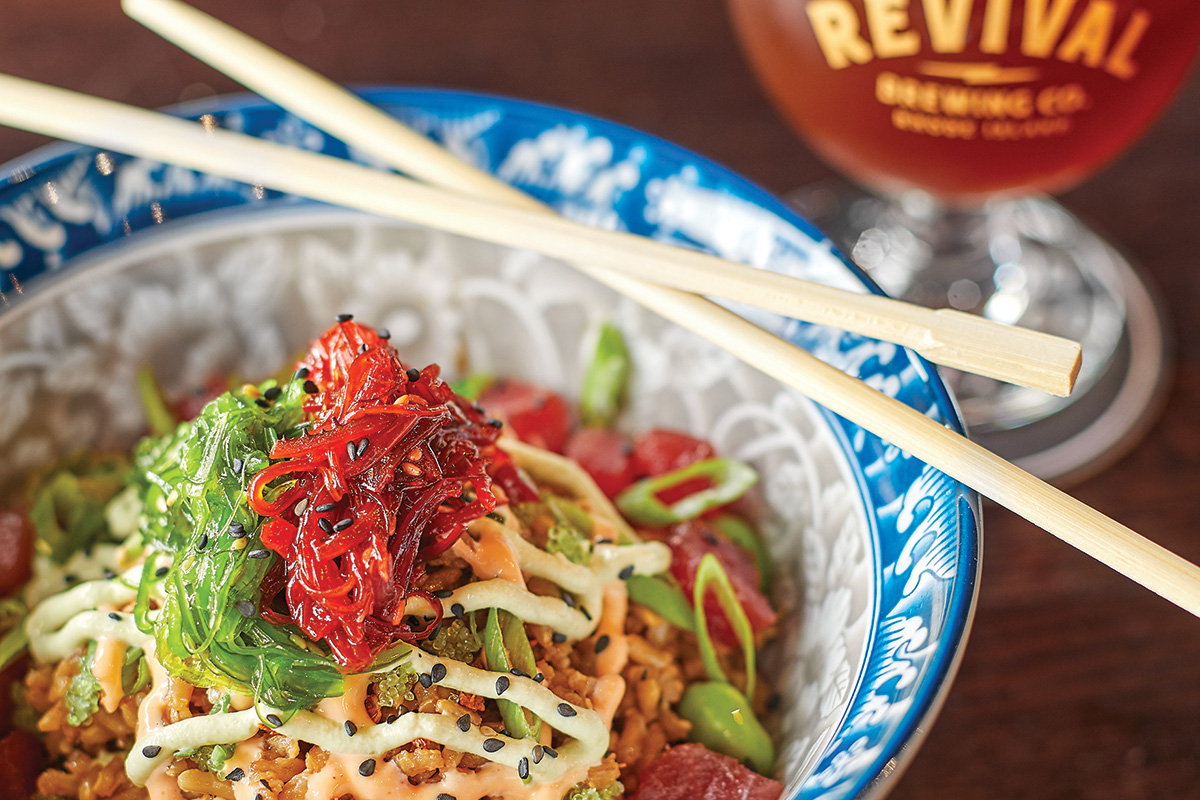 The food is not so different. Everything is referential, whether it’s a throwback to Americana (freshly fried potato chips and mounds of mac and cheese) or to Troop, Larkin’s Olneyville venture. Troop, of course, has a determined vision: the world of ’80s rap and all that it embodies. Revival’s Tasty Room is still a space in search of an identity. Toothpicks topped with candied bacon ($7), corn covered in queso fresco and chimichurri ($5.50) and shishito peppers with smoked salt ($8) all sidle up successfully to a draft. The challenge is for the kitchen to match the ballsy beer and they put in a good effort. Even roasted cauliflower ($9) is titled “Spicy AF,” and it does deliver a solid burn and bright orange hue. The Goat ($13) also speaks to the urge to do everything, all at once. A green curry smoked pork sausage is slathered with cranberry-mango spread, herbed goat cheese and arugula on a sesame seed bun. (It is possible to hit four countries in a single bite.) Even burgers go cross-cultural when piled with pistachio pesto, salami and provolone ($12). 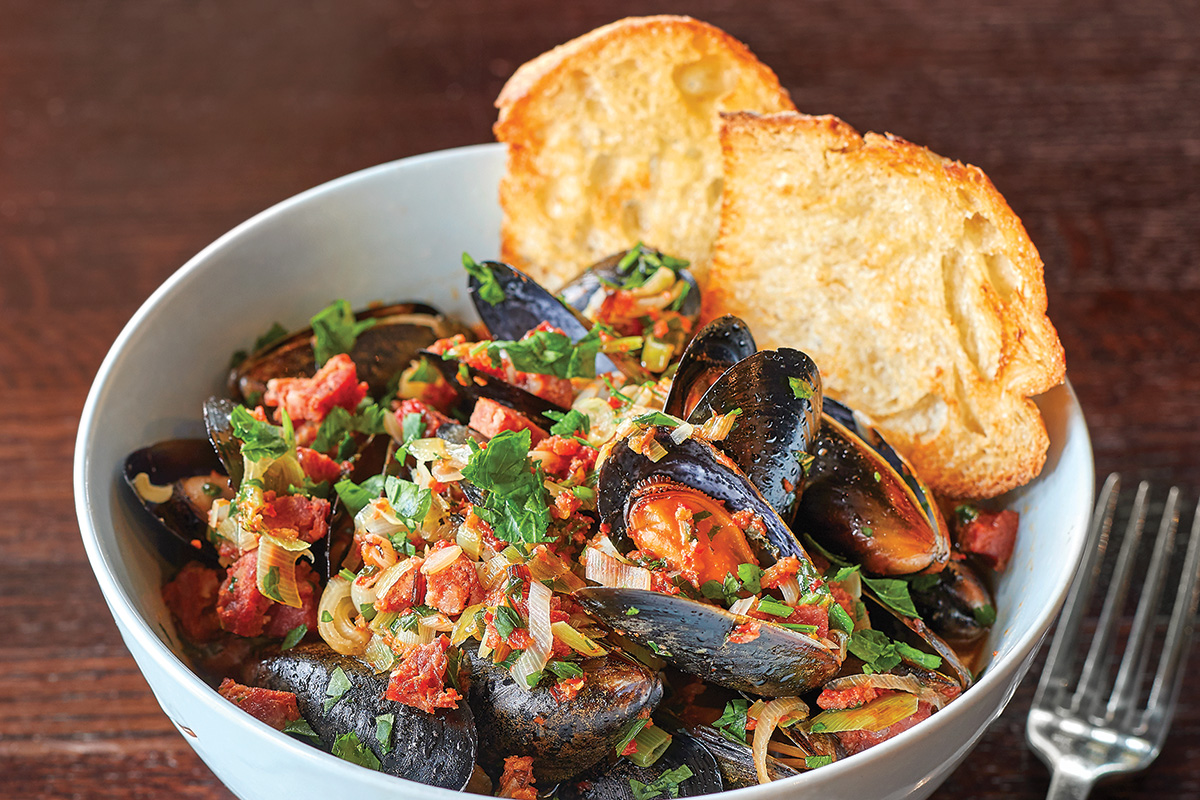 Everything is casual at Revival and most things are hand-held (a dangerous characteristic only if you refuse to put down the pilsner). The French dip ($14), a rib-eye panini with a side of jus, may be the hardest dish to resist as it brings back a 1970s Steak-umms with full body and real taste. But Revival is looking out for the veggie lovers too: Vegan tacos ($10) are always on the menu, either with barbecued seitan or tempura zucchini, and even the ubiquitous ramen can’t stay away from a watering hole.

Just remember that your night of drinking doesn’t have a lot of public support. There’s no server checking up on you, though a bartender walking by might give you a nod and agree to bring you another IPA. One table asks an employee nearby if they can order some dessert and, after three minutes
of silence, she says, “I guess?” and walks slowly toward the kitchen in the hopes of finding some there.

Expect more traditional offerings when it comes to nightly sweets: creme brulee, hand pies or flourless chocolate torte. They don’t get as much play as wings ($9.50) or quesadillas ($7) because it’s hard to pair heavy cream with beer, even in a place that dares you to at every turn. 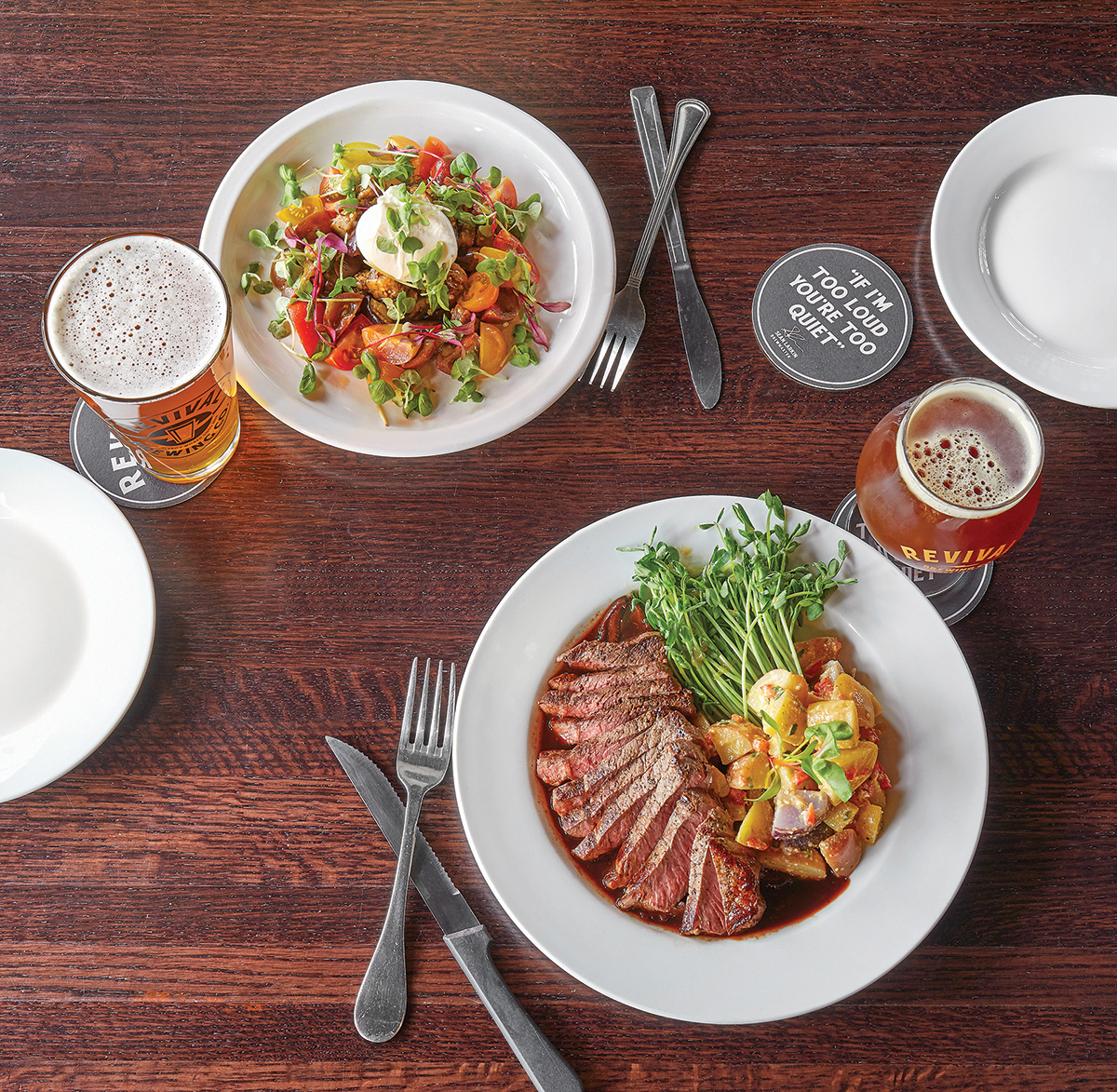 It’s a little surprising that Revival employs quite this much space as a tasting room, even if it is an issue of pragmatics. (Brutopia — the former incarnation — was run alongside Revival but, when the management moved on, Larkin grabbed up the additional real estate.) No doubt the state has its fair share of craft beer fanatics and Revival owns a big slice of that pie. But do they want to drink in a place in which you could run out of breath walking to the bathroom? Perhaps it operates under the assumption that a buzz builds intimacy and that no space is overwhelming when you’ve got Pinky Swear Berliner Weisse running through your veins. The only thing missing is the sound of a can cracking open but there are beer fridges by the front door so visitors can take a doggie bag home for the weekend. Beer, after all, is a moveable feast. This is simply its origin. 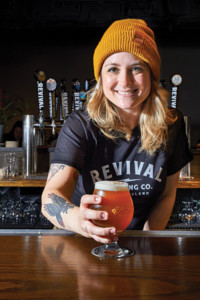