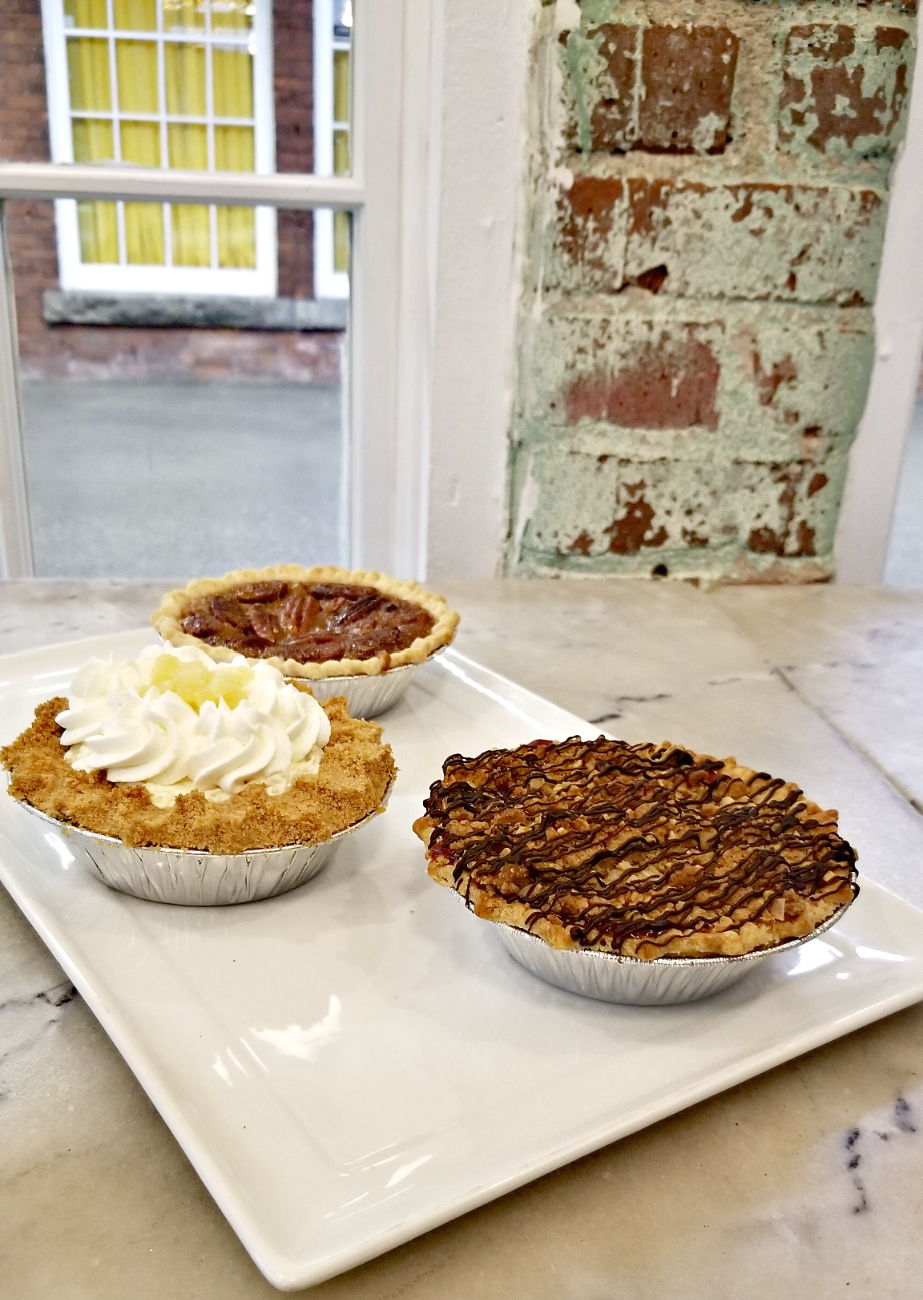 A selection of pies from PVD Pies, including, from top, pecan, pineapple cream and cherry chocolate almond. (Photos by Lauren Clem)

Tucked inside Pawtucket’s Hope Artiste Village is a little slice of pie heaven. Gina Rose Herlihy is the baker behind PVD Pies, serving up miniature and full-size versions of dessert classics, not to mention her own twists on savory favorites. PVD Pies opened in the spring of 2020 and has since taken Rhode Island’s bakery world by storm.

On the day of my visit, Herlihy can be found behind the counter listening to French hip-hop as she toasts shallots and garlic in a pan for a savory squash hand pie. The space, one of dozens in the sprawling vendor complex, is small but cozy: Sunlight streams in through the industrial skylights over the kitchen area, and a row of patterned aprons hangs from a birch branch on the wall. Herlihy is catching up on some baking after the busy holiday rush.

“I love all food, I love high-end food, but I love accessible food,” she tells me. “I don’t think food has to be snobby.” 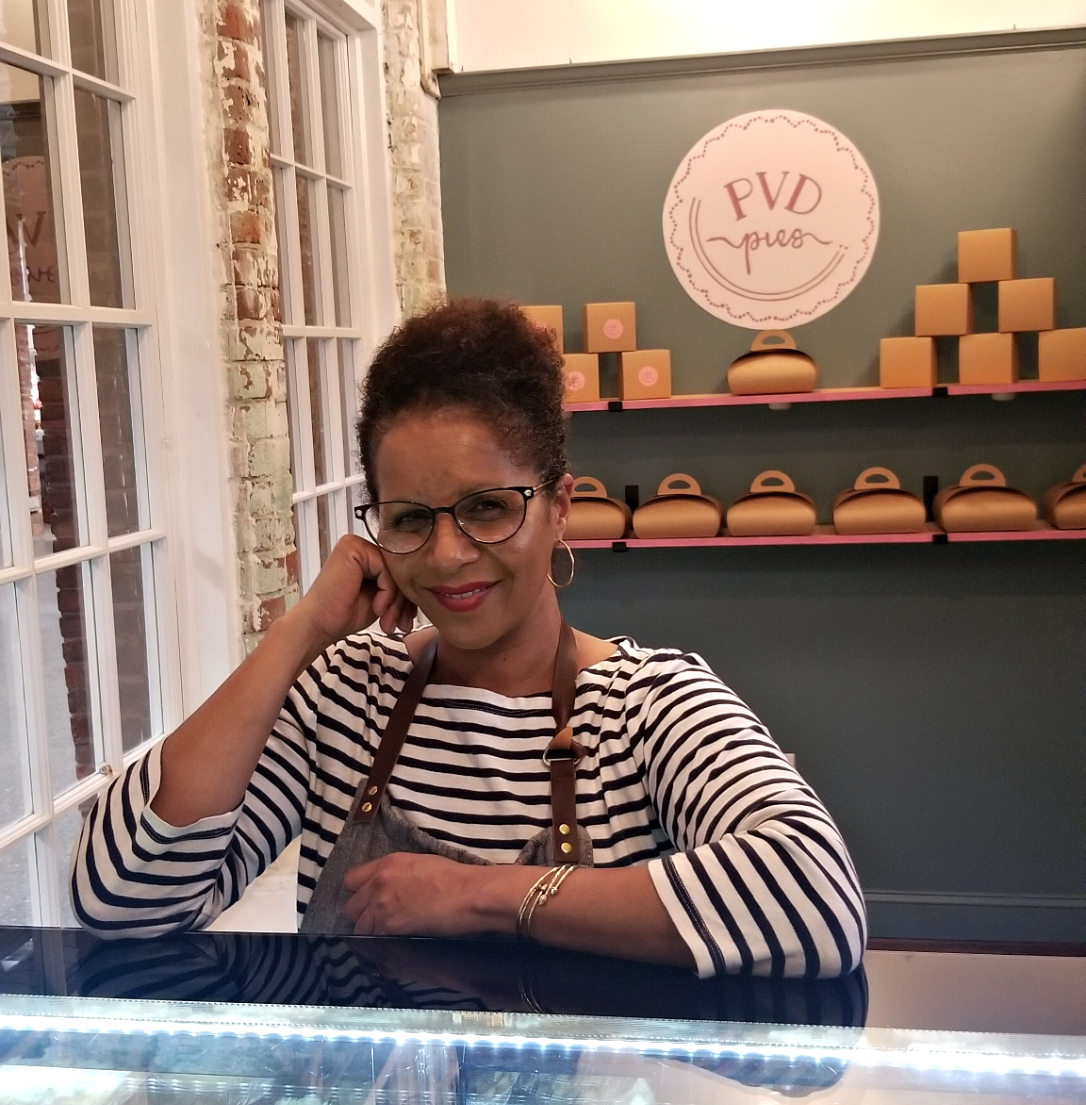 Herlihy is a product of the local food industry. She previously worked at Ogie’s Trailer Park, whose owners, Dan and Jessica Becker, also own the Duck and Bunny in Providence. In the early days of the pandemic, with the Duck and Bunny closed for rebuilding, the restaurant’s former bakery space in Hope Artiste Village sat unused. Herlihy partnered with her son, Aiden, and Ashley Gorman of the Duck and Bunny to lease the space and open PVD Pies in April 2020.

“I had been dying to do this,” she says. “I was a stay-at-home mom for many, many years back when Martha Stewart had her magazine.”

Many of the recipes are her own, honed over years of baking for her children. The chicken pot pie, in particular, was always a favorite. Her version, she says, is very labor intensive, with chicken, veggies and gravy packed inside a flaky crust. Her shepherd’s pie, likewise, comes loaded with mashed potatoes, while the chicken broccoli alfredo offers a creative take on the comfort dish with pasta swapped out for pie crust.

The sweet offerings are also a hit among her loyal followers and those who stumble across her creations online. Varieties like key lime and chocolate cream make regular appearances in the bakery case, and she’s also known to get creative with flavors like Kentucky bourbon, Almond joy, pineapple cream and apple caramel crisp.

The offerings change daily, so Herlihy encourages her customers to be open to new flavors. Her regulars, many of whom work in the building, are used to strolling up to the counter around noon and asking “What do you have today?” On the day I visit, I’m lucky enough to catch Herlihy slicing up a full-size Mac Daddy pie for individual portions. The massive creation, which she sold over the New Year’s holiday, consists of an entire Southern barbecue meal crammed inside a pie tin: a baked mac and cheese crust layered with barbecue pork or chicken, tangy collard greens and candied yams topped with cornbread crumble. 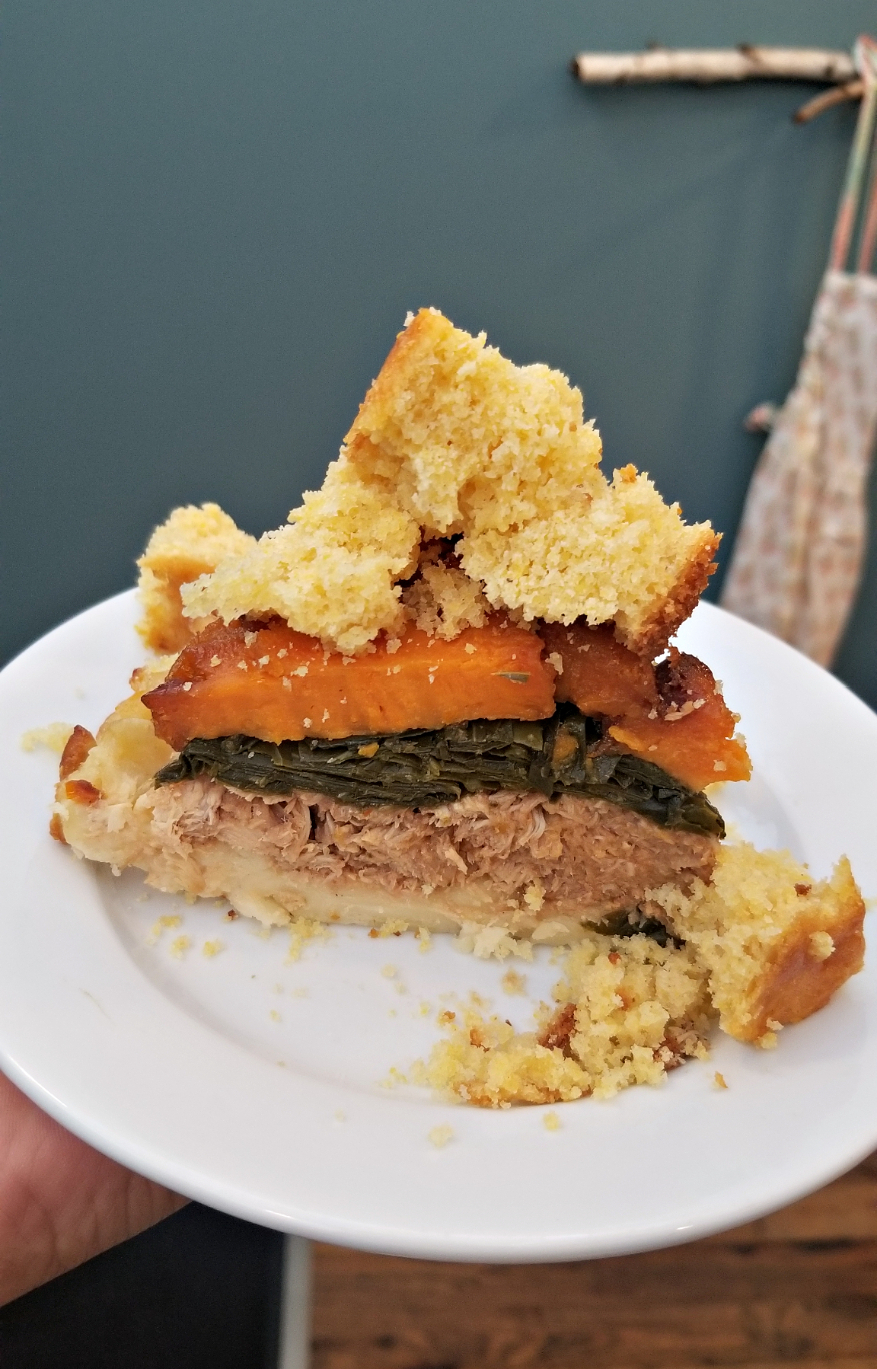 “It feels to me like you went to a barbecue picnic,” Herlihy says as we share a slice of the indulgent afternoon snack.

Along with walk-ins, Herlihy takes special orders via email and over her Instagram account. Most of her pies come in miniature varieties (good for a meal for one or dessert with a friend), but a few are also available in full-size or take-and-bake versions. She posts the latest creations and offerings on her Instagram and Facebook pages, so it’s worthwhile to check what she’s baking today before heading out.

Though she sings the praises of her current location (she often browses the vintage store next door for unique décor for the Airbnb she runs out of her East Side home), she also dreams of opening a standalone shop with locations in Providence and Warren. “And nobody can beat Newport in the summer,” she adds. For now, she enjoys the loyal following and creative community that surrounds her in Pawtucket. 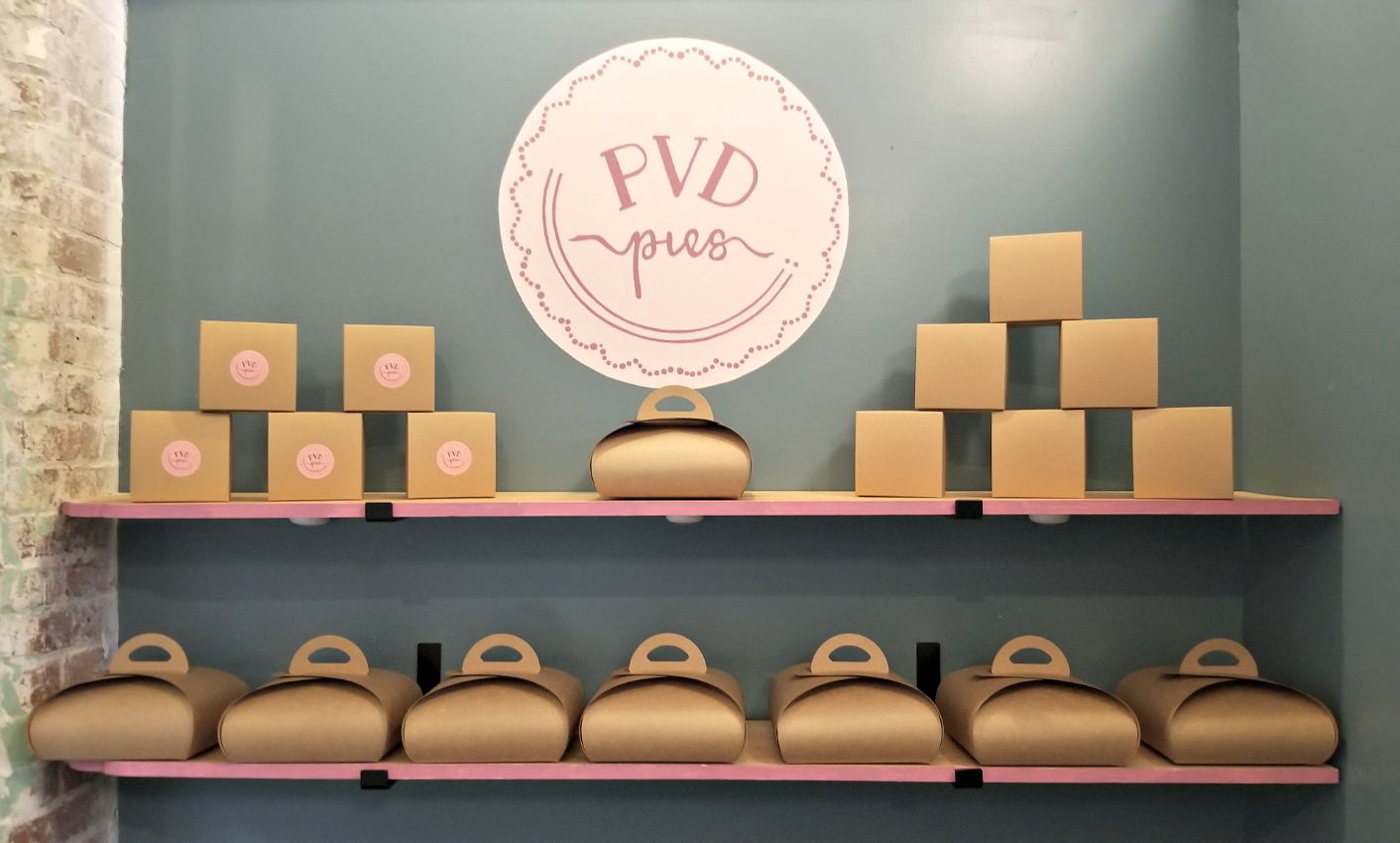 Takeout containers ready to be filled with pies for hungry customers.

The Best Rhode Island Restaurants and Bars for Bathroom Selfies