Providence’s the River Social is the Place to #BSocial

The Mediterranean restaurant and bar is located right on the Providence riverfront with a front row seat for WaterFire. 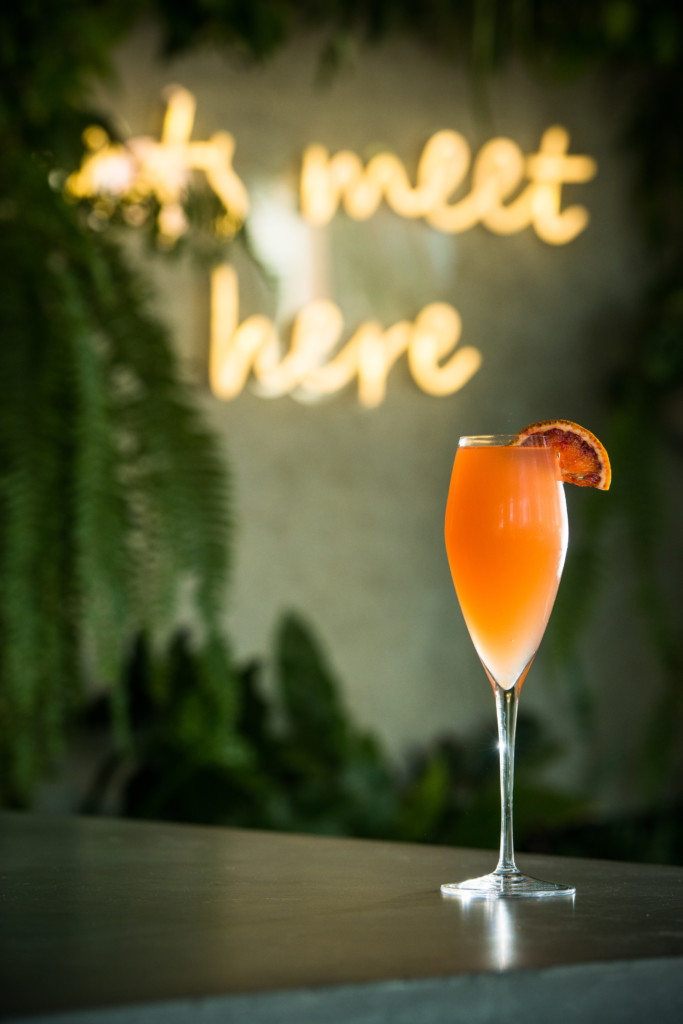 A cocktail at the River Social.

The River Social is more than a restaurant and bar, it’s one immigrant’s dream come true. Agil Nadirov arrived in the United States from Azerbaijan in 2012 with only $600 in his pocket. He came to the United States to prove himself and become the business owner that he wanted to be, and seven years later, he’s already reached his goal.

Nadirov has been in Rhode Island for seven years, and at only age twenty-nine, he owns retail businesses and a restaurant, and he has built a future in real estate investing. In his home country, located in Eastern Europe, he graduated with a degree in theory and history of fine art, but decided he’d rather be a business owner than spend more money on a master’s degree.

Nadirov came to Providence and opened his first business, a toy kiosk, inside Providence Place mall. Then in 2014, he opened locations of ICase Depot, a wholesale and retail company for cellphone accessories and cases, while also doing cell phone repair and customizing cases for customers. 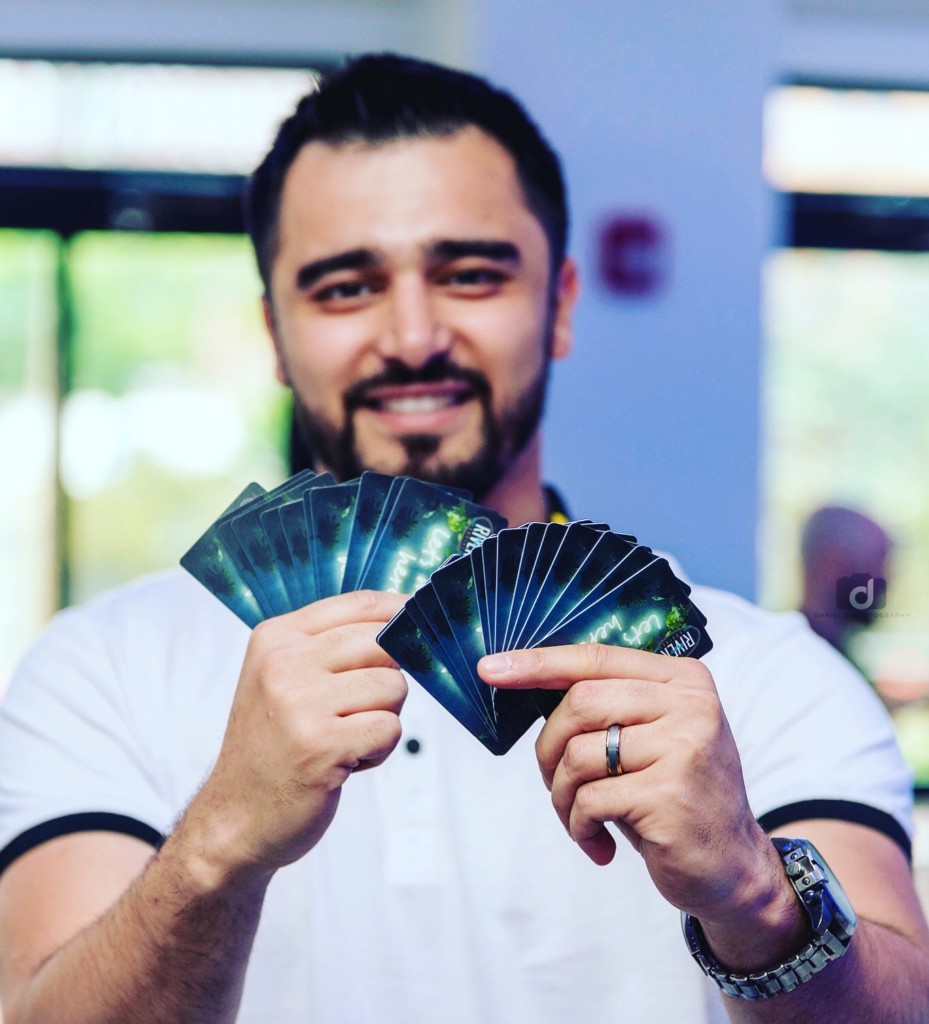 Nadirov enjoyed dining out at international restaurants with his wife, and thought, why not include all of their favorite types of cuisine under one roof in their own restaurant. The River Social is located right on the riverfront, where WateFire blazes the night away. The menu, prepared by executive chef and Johnson and Wales University graduate Alessia DeFelice, is Mediterranean with touches from various countries along the coastal area that borders Italy, France, Spain, Portugal, Turkey, Greece, Morocco and more.

“We make all the best dishes from those countries. We have a delicious pasta from Italy, we have a nice French duck breast, grilled Spanish octopus, Turkish kebabs, Moroccan mezze plates,” Nadirov says. “We combine them on our menu, so it brings all nationalities together.” There’s also a Special Social Tower that involves Turkish kebabs of lamb, beef and chicken served with labneh, bbq and fire-roasted eggplant. The restaurant is also known for its handcrafted cocktails as well as its social sangria bowls, large drinks that can be shared with friends. 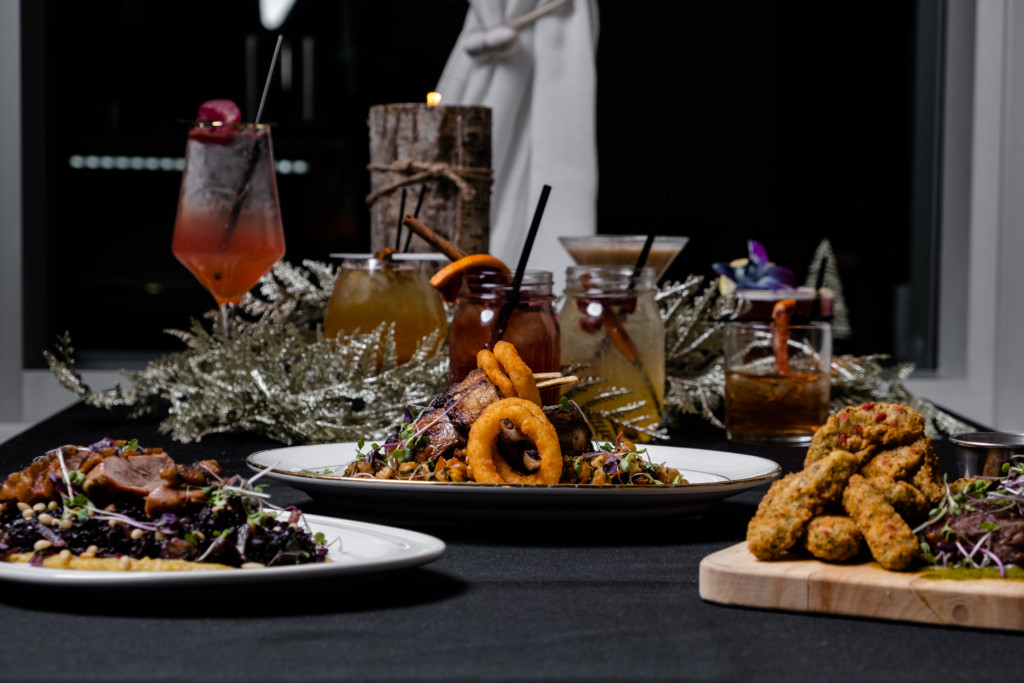 Food at the River Social.

The restaurant is decorated with beautiful Moroccan chandeliers and a selfie station with a living wall of plants, designed by Nadirov’s wife, Rebecca Minutelli, who grew up in Johnston. Neon signs read “Let’s Meet Here” and “#BSocial,” which is the hashtag Nadirov created for the restaurant, where he invites guests to come together and share their moments on social media. “We just want to bring everybody together,” he says. “You don’t have to be a certain nationality, or a certain race, or a certain gender, just be social.”

In addition to running the daily restaurant, River Social hosts privates parties, showers and business events, and it also hosts brunch on Saturdays and Sundays from 10 a.m. to 2 p.m. For $20, guests can take advantage of bottomless mimosas and bloody marys. They also have a free valet located at the circle at 200 Exchange Street for dinner from 4 to 11 p.m. Pull up with your car, the valet will whisk it away, and head down the stairs or take the elevator to the lower level, where the River Social awaits.

18 Local Food Gift Ideas for Foodies in Your Life