HG80 is celebrating its one-year anniversary of launching the fusion taco food truck that has a pet-loving theme.

Josh Berner’s HG80 food truck is more than a lunch option; it’s an experience. The bright orange truck run by an entrepreneur who spent twenty years in the restaurant business shows dog, cat and animal videos on loop so guests get a quick escape from work while they wait for their tacos.

“It provides a moment of joy and happiness in their day,” Berner says. “Life is stressful, so I want to give people something to smile about, if not from good food, then puppy videos or good music.”

The truck is named for Berner’s first dog, a greyhound named Mercury. HG80 is the symbol for Mercury in the periodic table of elements. “I needed a fast name,” says Berner, who had his dog for more than ten years. He jokes that his wife recently surpassed his longest relationship after they just celebrated twelve years together. Now the couple has a cat, Magellan, also known as Gill, Gilly, Mag-Gill-Gill and McGillicuddy.

The tacos are playful takes on popular dishes stuffed into tortillas. Berner has turned everything from chicken Parmesan, hamburgers, Greek gyros and Reuben sandwiches into tacos by subbing soft corn tortillas in place of bread and buns.

“Because it’s not in my nature to do anything the normal way, what I do is take all your favorite dishes from a bunch of different cuisines and I turn them into taco form,” he says. “It’s been a fun project to take these dishes and reimagine them as tacos.” 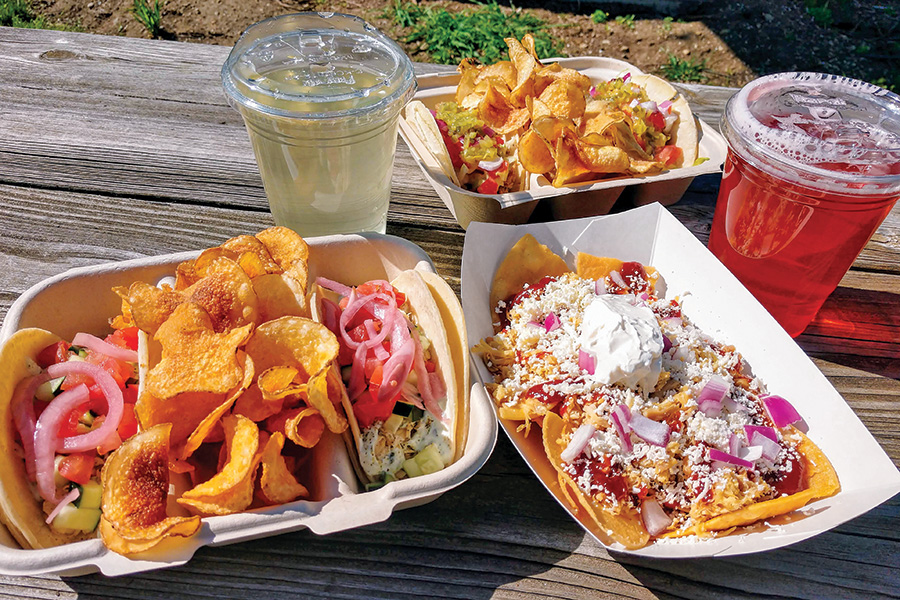 Hence the truck’s new tagline: “Your Faves. Tacofied.” Everything on the menu is made from scratch using farm ingredients whenever possible, including meat from Radical Roots Farm and Baffoni’s Poultry Farm chicken. Berner also makes his own potato chips and offers them topped simply with salt and vinegar or salt and pepper, then seasoned with cheddar powder and salsa spices. He pays homage to his bartending roots by making his own sodas and seltzers flavored with strawberry and cilantro, ginger, black tea and lemon and orange and basil. Food is served on compostable trays, drinks are capped with wide-mouth lids instead of straws, and Berner also sells Buppy Pets dog treats for his canine customers.

One of the reasons Berner pivoted from the more traditional, brick and mortar restaurant scene to a food truck model is because he wanted to be his own boss and find ways to give back. HG80 also hires employees through Open Doors, a program that helps people who have been incarcerated reintegrate into society. “I think it’s a great organization and a great program,” Berner says. “It’s something that was important to me. These folks have a hard time getting back on their feet and I think it’s really unfair. If there’s something I can do to help, then I want to do that,” he says. “It feels good to be able to give someone a job and help out in that way.”

Due to the pandemic and cold temperatures, HG80 took a break this past winter; Berner refers to it as a hibernation. Despite opening up back in April, he plans to keep up with the Pay It Forward and Pay What You Can programs he put in place during the coronavirus outbreak. 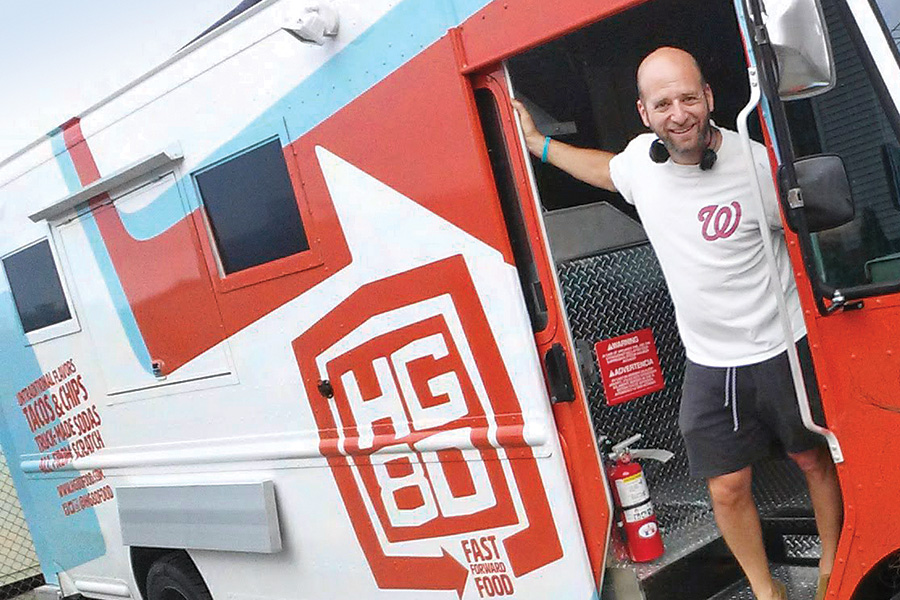 “It’s important to me that people who need a good meal can get one regardless of their ability to pay, and it’s so great to see the generosity of our guests,” he says. “Last year, we delivered more than $2,500 worth of meals to the National Guard, grocery store workers, and people in need. Plus, the staff at the Jewish Alliance of Greater Rhode Island pitched in to buy $1,500 worth of lunches for Miriam Hospital employees.”

This summer, you can catch HG80 at the Narragansett Town Beach food truck nights every Wednesday and Friday and Buttonwoods Brewery on Fridays. Berner also plans to be a regular part of the Brewer’s Guild’s beer garden at the Providence Pedestrian Bridge as well as many other food truck events. In the meantime, he’s also booking private events like weddings, parties and staff appreciation lunches.