Everyone's favorite fall treat is available around the state.

Editor’s Note: This post was updated from an earlier version that was posted in 2019.

Apple cider is the lifeblood of autumn; it’s the distilled essence of falling leaves and temperatures. How could you improve such a delicious concoction? By transforming it into a doughnut, of course. Cider doughnuts are a fall staple all around New England, but Rhode Island has some of the best. From bakeries to orchards, these heavenly pastries are available throughout the state. 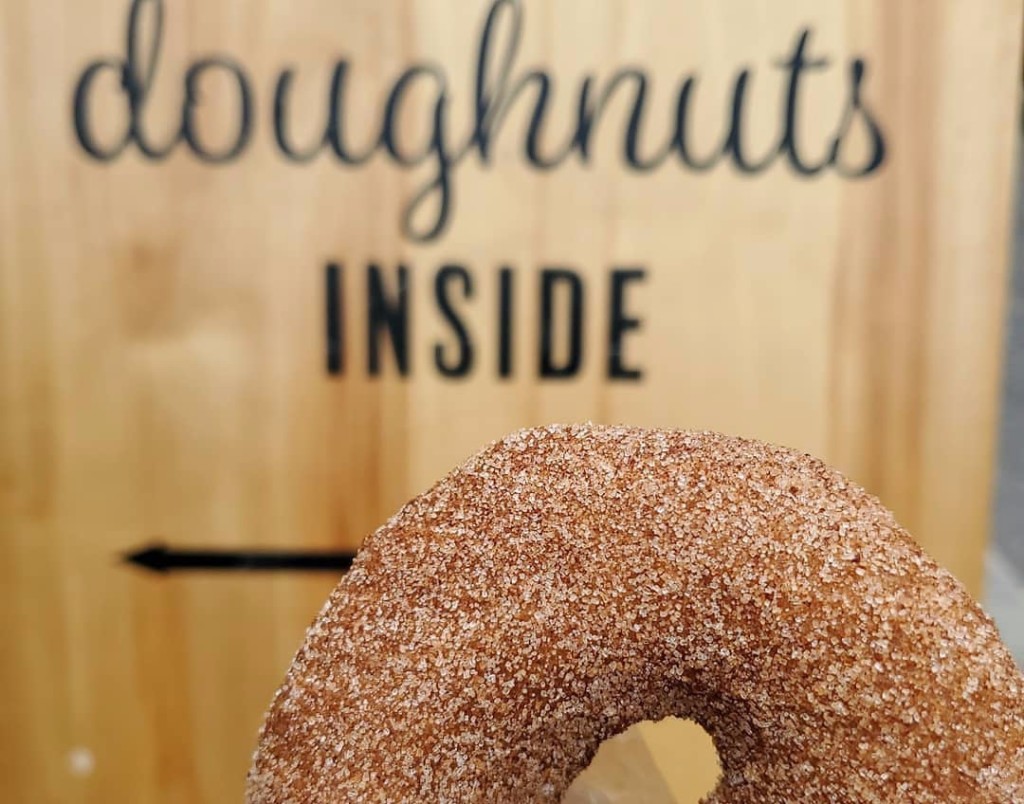 Cider doughnut in-hand, spend a couple hours on the farm to explore its pumpkin patch, cornstalks, walking path, candy and caramel apples and plenty more. General admission, including access to the pumpkin patch and farmyard, is offered every day of the week, while the Mega Admission tickets are available on the weekends only. With this admission, visitors are allowed to see the animals, breeze through the kid-friendly mazes and go sightseeing on the hayride.

With a name like Appleland, it should be no surprise that this orchard carries just about every apple product known to mankind: apple pies, apple turnovers, apple dumplings, apple wine — the list goes on. But the cherry on the (apple) cake is the cider doughnut. Fried in house with their own award-winning apple cider and liberally coated in cinnamon and sugar, these doughnuts are about as good as it gets. You can either order your doughnuts on the phone or walk right up to their counter.

The Hard-Pressed Cider Company crew in Jamestown spent years pressing cider at orchards around the state before they began making their delicious doughnuts. The now-famous cider doughnuts are served warm and toasty straight off the truck and dusted with a liberal coating of cinnamon and sugar, which is a great excuse to drop by for a couple visit.

To make truly great cider doughnuts, you need to know apples. And Jaswell’s Farm, which has 122 farm seasons under its belt, knows its apples. Not even a global pandemic can stop the farm from making its apple cider doughnuts and keeping the family tradition alive. Their fresh and delicious doughnuts will be in stock until late December, so get them while they’re hot.

Knead’s apple cider doughnut, rolled hot in sugar and cinnamon, is made fresh with local apple cider. Vegan and flourless options are also offered. Walk in, call ahead or order online for curbside pickup and let them know when you’ve arrived. Delivery is also available through the Uber Eats, GrubHub and WhatsGood apps.

Most people imagine an apple cider doughnut as a round, fluffy treat with sugar sprinkled on it. At Pippin Orchard, these famous doughnuts stand alone just fine without the extra sugar, for they’re delicious as they come. This orchard is known for being the first in Rhode Island to make cider doughnuts — all the more reason to pay them a visit. Made in-house with their state of the art Donut Robot machine, the apple cider doughnuts are available until November, when they close for the season.

Editor’s Note: This story was updated from a version published in 2020.