Chef Robert Andreozzi and bartender Jesse Hedberg have teamed up to own their first restaurant together. 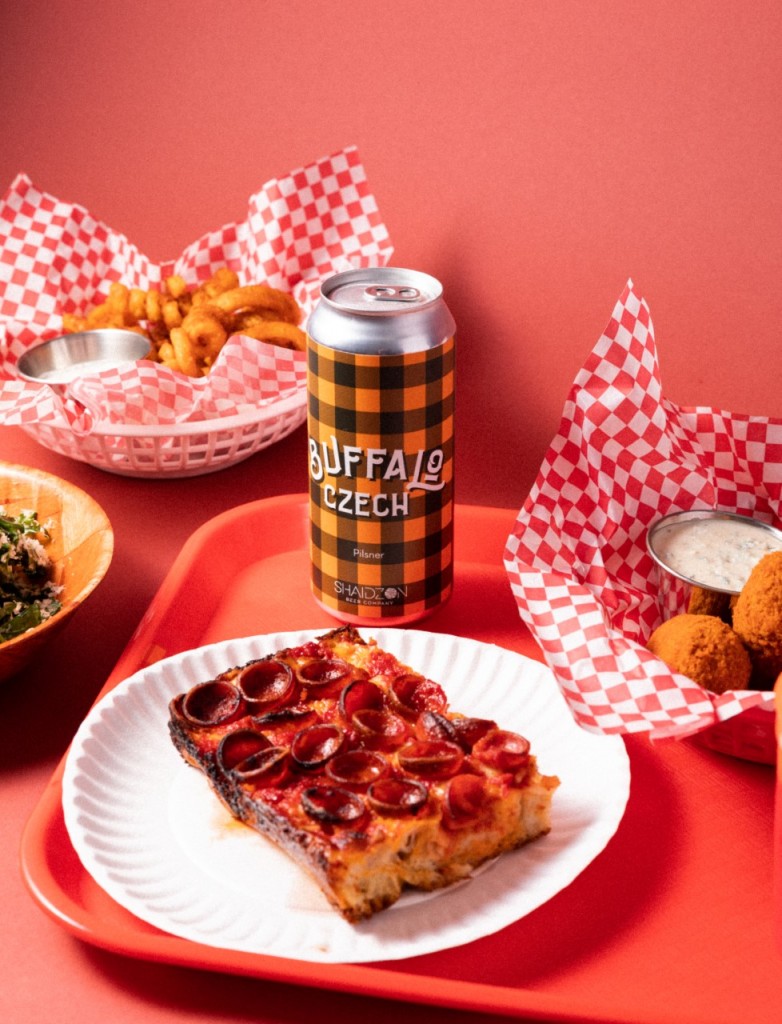 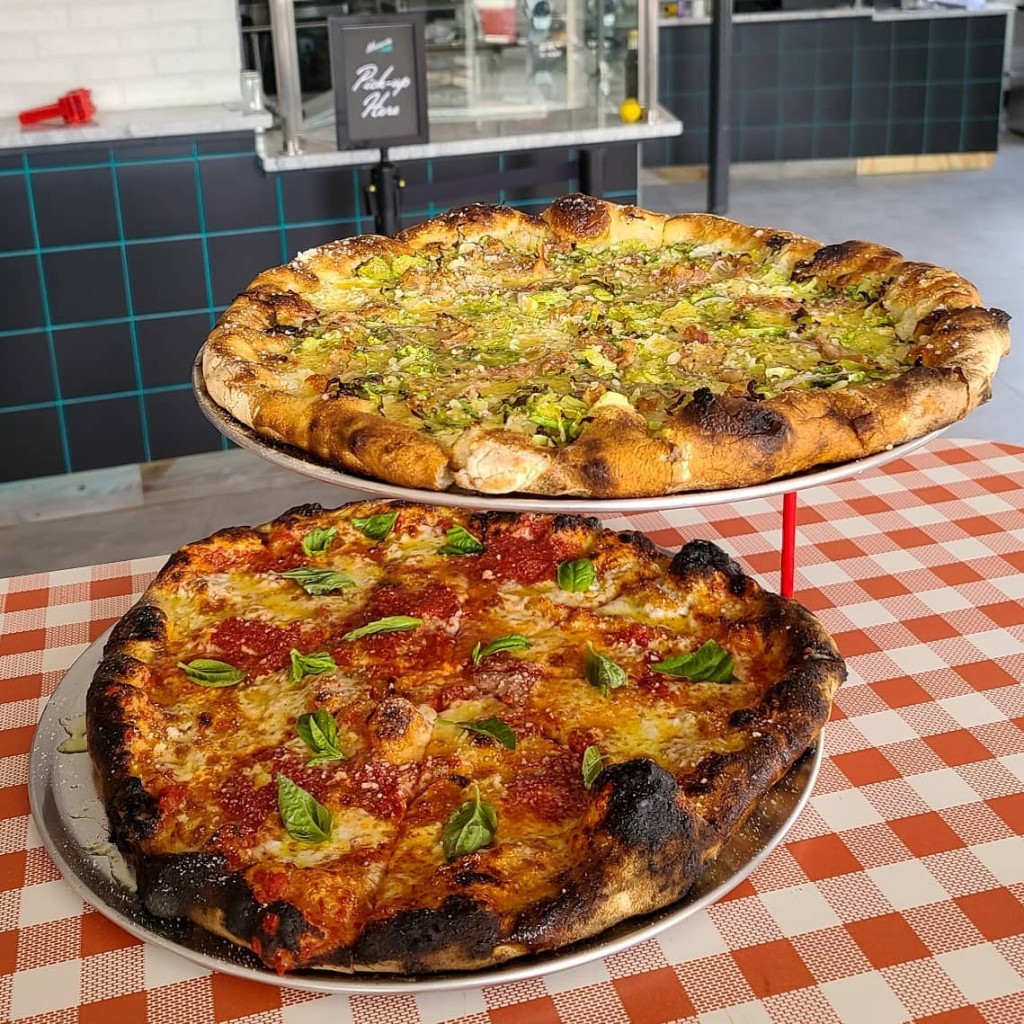 Round pizzas at Pizza Marvin include the Margherita AF (bottom) and Carbonara (top). Photo by Jamie Coelho.

Pizza Marvin’s design pays tribute to ’80s and ’90s nostalgia. That generation of throwback rock reverberates through the speakers and gingham-printed table tops recall your neighborhood joint. Retro quahog and Rhode Island Red chicken art hangs on the walls, and there’s a red-and-white floor-to-ceiling decal on the back wall that might bring some of us back to our childhood; icons of Nintendo Game Boys, boomboxes, record players and more are each incorporated with a pizza slice. Even the gumball machine is stocked with colorful gumballs printed with the Pizza Marvin logo. The moniker Marvin is a mashup of the names of both of the owners’ grandfathers. 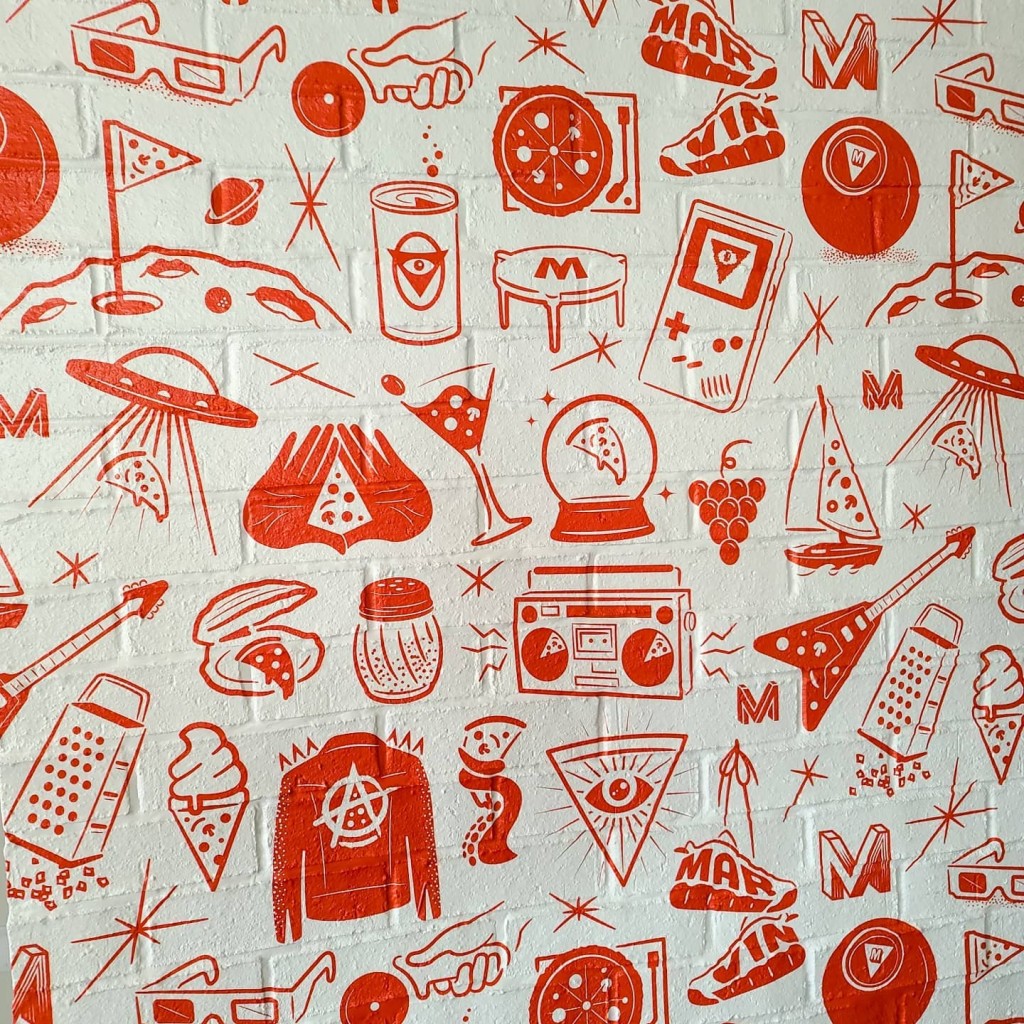 “The worst part of the entire process was coming up with the name,” says Andreozzi with a laugh. He grew up digging for clams with his grandfather.

Hedberg agrees. “I don’t have any kids and I am frightened to think about naming a child if I ever do have one, after this process,” he says, adding that he has opened more than a dozen places before, but this is the first one he’s officially owned.

The plan is to source local oysters and clams from Andrade’s Catch in Bristol or Narragansett Bay Lobsters and play around with shellfish by using them as toppings on pizza, in baked clams appetizers and selling them naked for your home raw bar. Large square crispy pies are left alone as simple cheese and pepperoni (they hand-slice pepperoni and it curls into little cups when baked), while the round, charred-edge, bubbly-crusted pizzas made with Maine Grains flour are topped with artisan toppings like pancetta, brussels sprouts and brushed egg yolk on the carbonara and three different types of fresh, low-moisture, buffalo and fior di latte mozzarella on the house cheese. These New Haven-style-inspired pies are based on Andreozzi’s favorite pizza spot, Sally’s Apizza, and the blackened, bubbled edges do it justice. They are also serving their own line of bottled and canned cocktails that they make and seal each day in house.

“We have our own canning device,” Hedberg says. “It’s a great way to speed up service and the mindset behind this was Covid. We’re doing takeout and delivery, and we want things to be sealed and safe. We moved away from the fresh squeezed citrus juices and things that have a lower shelf-life and we’re trying to keep up the freshness by bottling and canning them every day.” Options include a bottled Pepperoni Negroni, a canned maple creemee cocktail and a cranberry hibiscus spritz. 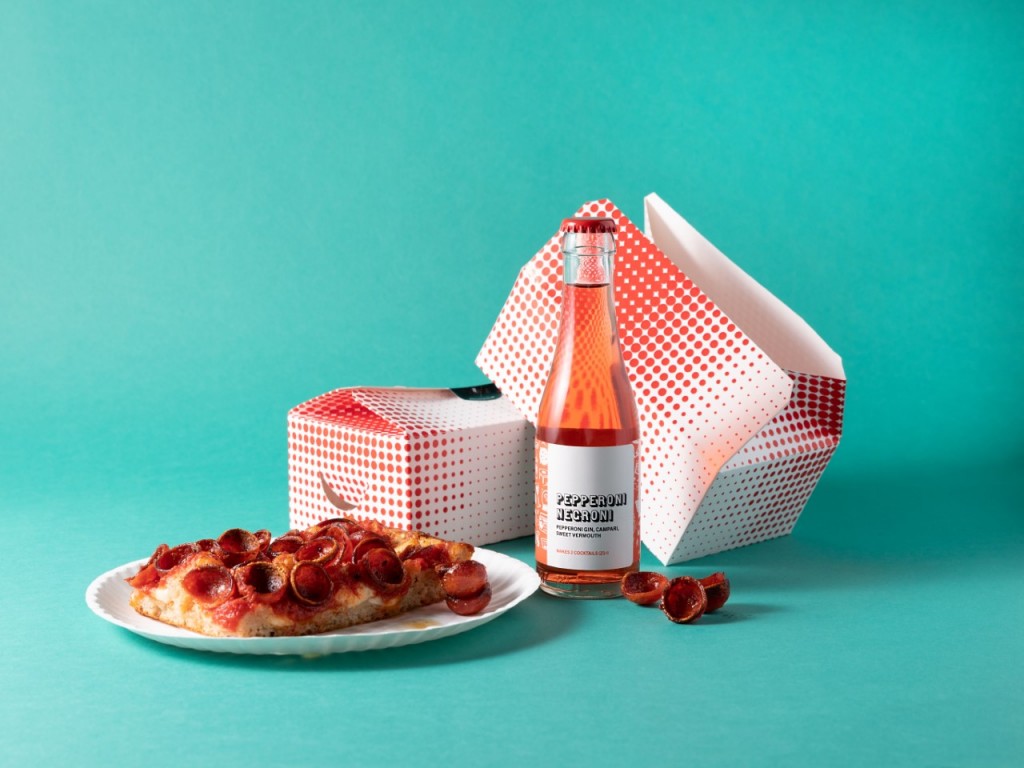 The owners want Pizza Marvin to be an uncomplicated modern pizza spot that focuses on takeout and delivery (through GrubHub, but please order through the Pizza Marvin site to save them extra fees). “We wanted the menu to be fun, nostalgic and familiar to people,” Hedberg says. “Rob has a history cooking Italian food, and he is Italian, but we decided we didn’t want it to be this little Italian pizza cafe with espresso and Negronis. Ultimately, we have those, but we wanted it to be more like your nostalgic neighborhood house of pizza.”

“For me, I think of Ricotti’s. I think of the orange banquette booths. In the corner they had Street Fighter,” Andreozzi says. “I want to transport you to a place like that.”

“It’s like a modern house of pizza, but we put a little more effort into the crust, the dough, the tomato sauce,” Hedberg adds. They also have appetizers like buffalo chicken sticks that ooze with mozzarella, french fries and salads topped with charcuterie and cheese. 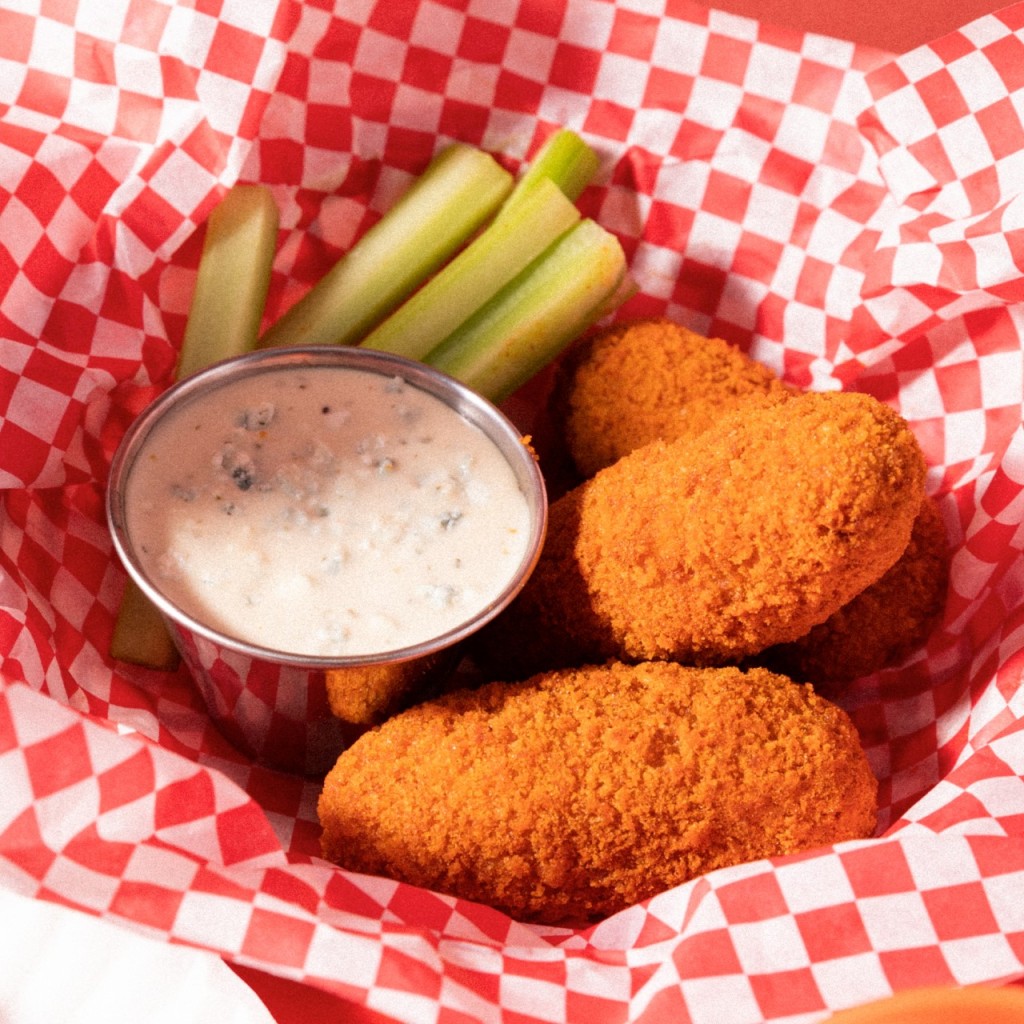 To-go food will be packed away in thoughtful boxes with stickers emblazoned with a QR code that guests can scan at home for a Pizza Marvin playlist. “We would love it if you get to your house, you have a cocktail, an appetizer, a pizza, a bottle of wine and you can play our playlist,” Hedberg says. “It’s as close as you can get to being in the restaurant.”

Dessert is something to get excited about. Pizza Marvin is introducing locals to Pennsylvania-style water ice topped with a custard swirl. They bought a fancy Italian machine to make it and will start with flavors like tangerine and nocino (black walnut liqueur) granita over chocolate sea salt custard or custard infused with focaccia. “You can mix and match, try one alone or pick a combo,” Andreozzi says. In warmer weather, they’ll serve it out of a side window built into the restaurant.

“The inspiration came from working at  Del Posto,” Andreozzi says. “The pastry chef always does this intermezzo before dessert. It’s sorbet and gelato together in a cup. The two flavors are meant to play off each other.”

We can already see the socially distanced line weaving down the block for a taste of it.

Get Free Delivery from All Federal Hill Restaurants and Shops