From February 14 to 23, twenty-eight Newport area restaurants are serving thirty-nine creative interpretations of the all American burger (including plant-based options!), and diners can help determine a winner. 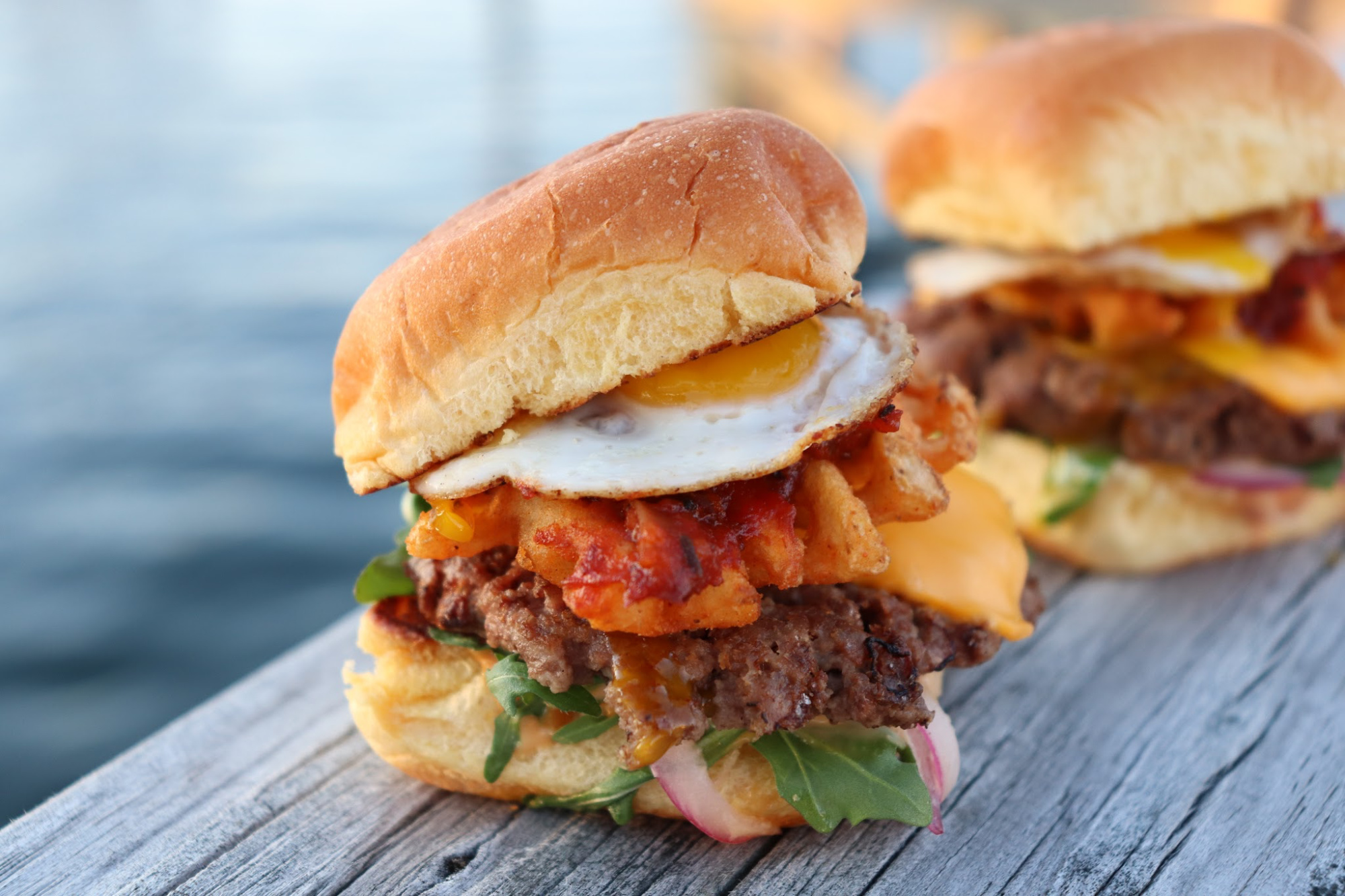 Harry’s “On a Bender” Burger.

May the best burger win! Diners will soon begin taste-testing up to thirty-nine different burgers for Newport’s annual Burger Bender, February 14 through 23, alongside Newport’s annual Winter Festival. Twenty-eight restaurants on Aquidneck Island and the surrounding area are coming up with creative interpretations of the all-American patty as well as all-new plant-based and non-beef options for vegans, vegetarians, omnivores and pescatarians. The meat and veg masterpieces will be featured on the restaurants’ menus, so guests can experience them anytime they get a craving for a good burger throughout the festival.

“Whether messy, meatless or monumental; goopy, grass-fed or with grilled onions; tangy, tart or triple-pattied, we’re expecting our local chefs to be both calculated and creative when it comes to this year’s Burger Bender entries,” says Julie Grant, Discover Digital Marketing Manager and the contest’s organizer.

Diners can check out the full list of participants and their burger submissions on the Newport Burger Bender website. Plan your burger binge and then vote for your favorite meaty and veg champions throughout the entire competition. Voting takes place throughout the entirety of the contest, February 14 through 23, and voters are automatically entered into daily giveaways for the chance to win $25 to a participating restaurant. The People’s Choice Award will be given to burgers in each of the two categories: beef and plant-based/non-beef. I will also be judging the Critic’s Choice category along with other local media.

Each burger is being individually photographed and featured on the Newport Burger Bender page on DiscoverNewport.org along with a detailed description. People will also be able to vote onsite at participating restaurants by tagging their burgers on social media with the burger’s custom hashtag. Those who vote online using the burger’s hashtag will be also entered into daily giveaways from Discover Newport. Share your Newport Burger Bender experience using the hashtag #NewportBurgerBender.

Here’s a full list of all the burgers entering the Newport Burger Bender.

House Lust: A Former Convent in Newport is On the Market