The 11th Hour Racing team competes in preparation for the around-the-world Ocean Race. 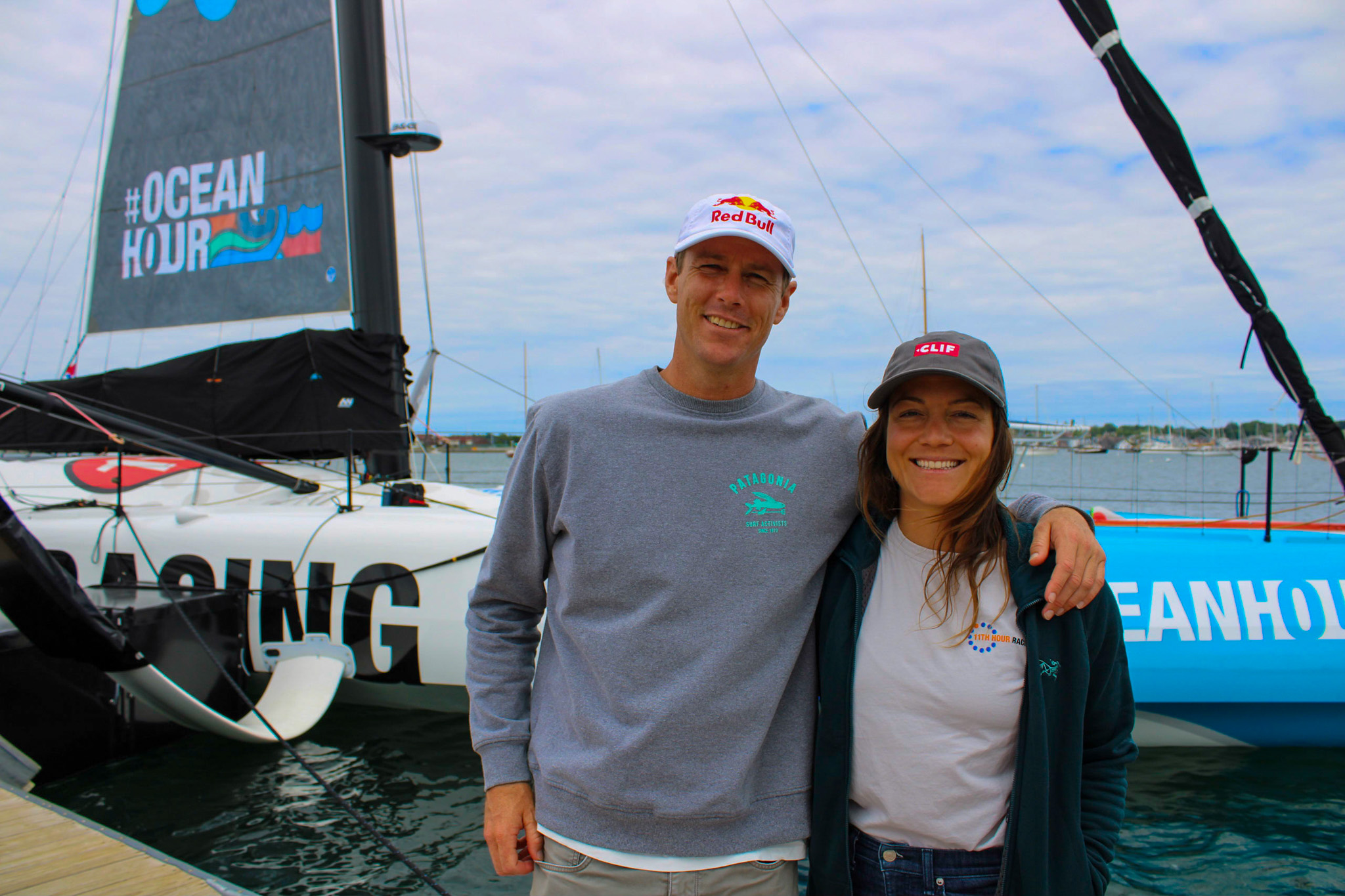 Founded in 1906, the Newport Bermuda Race is one of two of the world’s regularly scheduled open ocean races that is held almost entirely out of sight of land. Sailors have nicknamed the race “the Thrash to the Onion Patch” because of the high winds and large waves that competitors encounter along their journey to Bermuda, an island known for its rich agriculture. The race kicked off on Friday, June 17, as 217 boats started their journey from Newport, Rhode Island (unfortunately, there was one unfortunate casualty over the weekend). Depending on the weather, the currents of the Gulf Stream, and the size of the team’s boat, the race takes two to six days to complete. From this past Saturday to this coming Thursday, racers are expected to arrive at St. David’s Lighthouse in Bermuda.

The 11th Hour Racing team has ambitions that go far beyond the accolades that come with competing in such a rigorous competition. “11th Hour Racing is the title sponsor of the 11th Hour Sailing Ream,” says skipper and co-founder, Charlie Enright, who is a Rhode Island native. “We have the same message, we have the same ethos, which is trying to be leaders in the marine community to change things for the better when it comes to sustainable practices. 11th Hour Racing is part of the Eric and Wendy Schmidt Network that includes Schmidt Futures, Schmidt Marine Technology Partners, Schmidt Ocean Institute, the 11th Hour Project, the Schmidt Family Foundation and Remain Nantucket.

The 11th Hour Project educates the community about sustainability and inspires others to learn about solutions and practices to protect and restore health to our oceans while competing in world-renowned races. 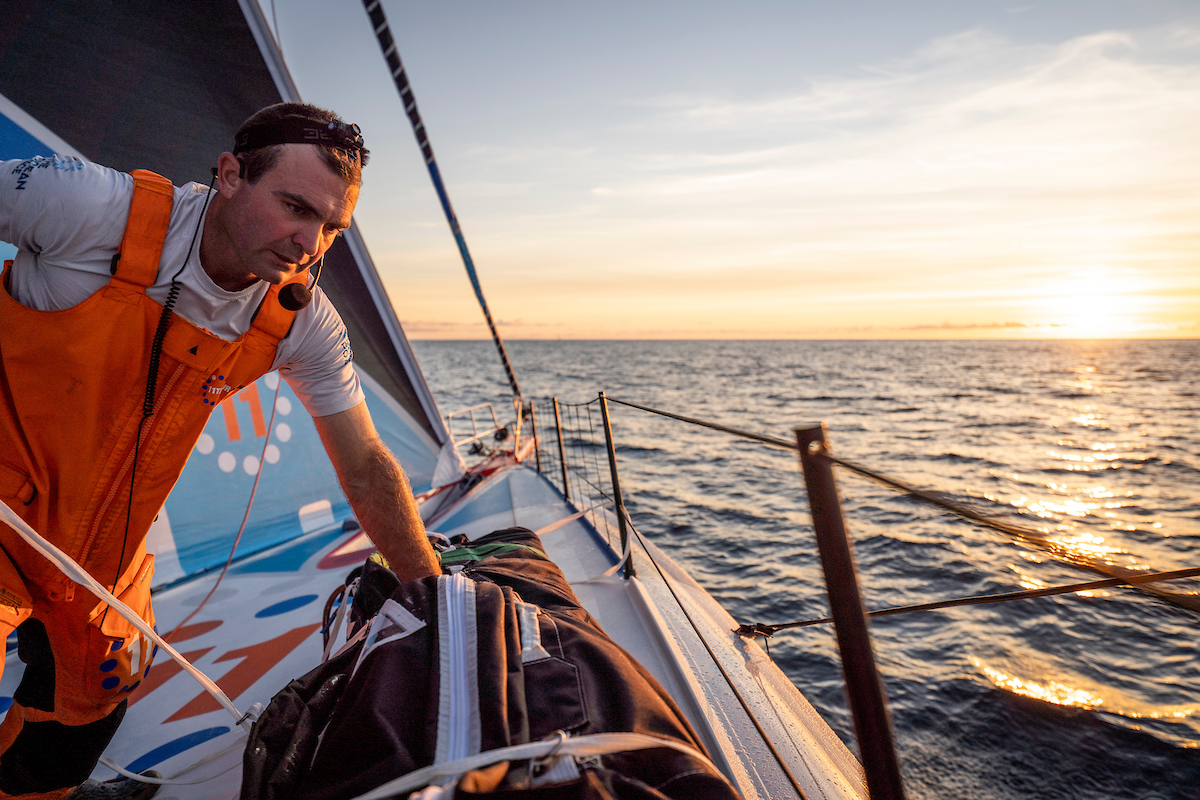 During their time preparing in Newport, they strive to do as much as they can for the community with Ocean Hour Week, which was a free, week-long event held at Fort Adams where community members are encouraged to come, meet the team and learn about sustainable maritime practices.

“Having the boat and the team in Newport has been great. With our Ocean Hour Week, we had the movie screening, the bands, the food trucks, and kids field trips,” Enright says. “We have been really trying to do good stuff for the community.”

Bringing Their Message Around the World

11th Hour Racing’s initiative to provide education about marine sustainability does not stop with local communities. The team plans to bring this message to the world with their participation in the around-the-world Ocean Race. This race starts in January 2023, and the team will be heading back to Rhode Island as the Ocean Race stops in Newport in May of that year. 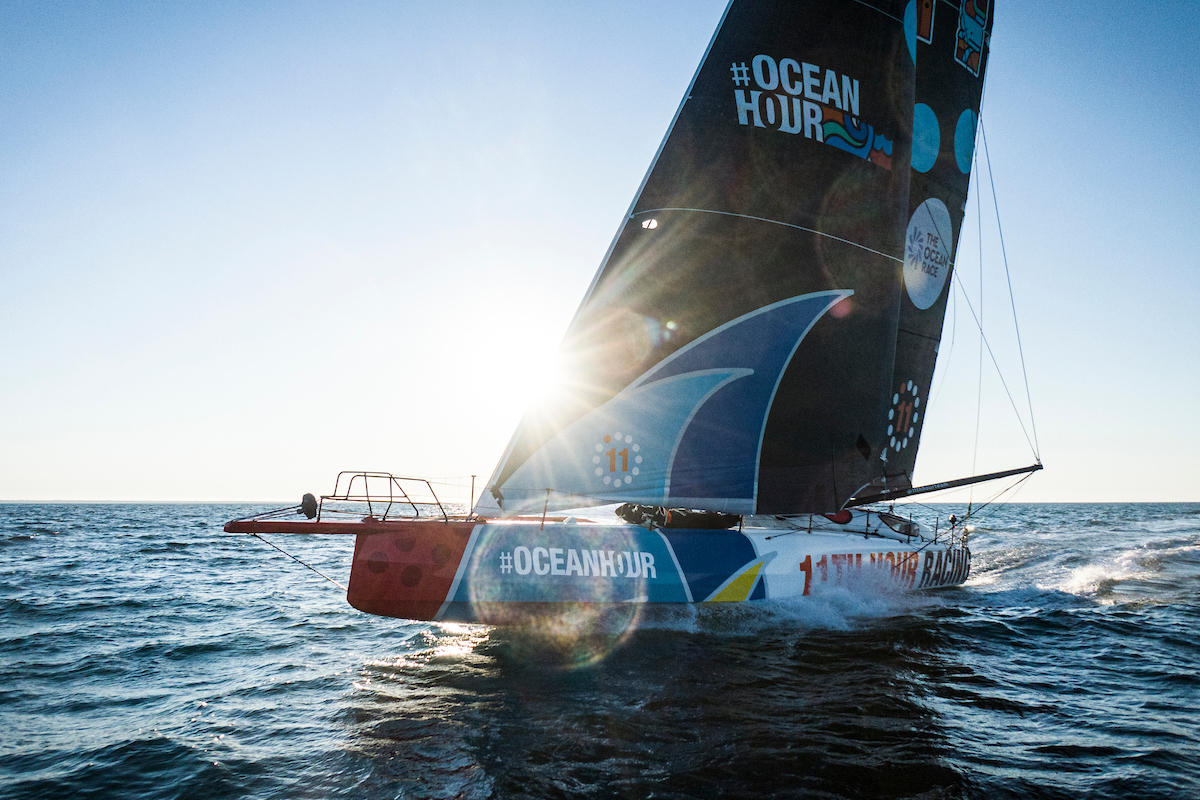 “We have done this race, formally, the Volvo Ocean Race, twice before,” says Enright. “This is a new boat for us, and the Bermuda Race is a wonderful opportunity to bring it home to Newport, which is where we’re from, where 11th hour racing is from, but another opportunity to really put it through its paces and test its reliability in the lead up to the Ocean Race.”

The team’s experience in the open ocean allows them to advocate for ocean restoration with deeper knowledge, but it also attracts some interesting new sailors to the crew.

Learning on the Fly

The race covers 635 nautical miles between Newport and Bermuda, and it poses a very challenging race to even experienced sailors. However, that did not stop professional snowboarder, Elena Hight, and professional surfer Ian Walsh from testing their sailing skills with Charlie Enright and the 11th Hour Racing team for the fifty-second biennial race.

Even though she grew up in the mountains of Lake Tahoe, Hight is originally from Hawaii, and she has traced her oceanic roots back to the Newport Bermuda Race and the 11th Hour Racing Team.

“I have always had an excitement for sailing,” Hight says, “I had never really been able to get into it and the opportunities never really presented itself, so when I got the call from these guys at 11th Hour, just the idea of sailing in an open water sail really excited me.”

Hight explains that she was also attracted to the organization because of the values they share regarding the environment. As a professional snowboarder, she does a lot of work with Protect Our Winters within the snow space and conservation practices, and 11th Hour is a great fit with her current work and ideals.

Prior to the Newport Bermuda Race, she has done very little sailing, but she has been able to learn a lot from Enright and team in the short time that they’ve had to prepare.

Ian Walsh was attracted to 11th Hour for very similar reasons as Hight. As a professional surfer, bringing education about ocean restoration and protection speaks to him in a very big way. “I think the thing we connect the most on is understanding how much we appreciate the ocean and how important it is to take care of it,” he says.

Walsh had done a bit of blue water sailing with media crew member Amory Ross on a sail from Tahiti to Hawaii, but the Newport to Bermuda trip is much more intense. Walsh is excited to dive right into the challenge. “There is not a faster way to learn than to kind of just dive in headfirst,” he says. “I am excited to get right into it…I just want to go fast and just push everything and try to be able to chase the weather and keep up with the wind pattern that we are seeing right now to Bermuda. I’m just excited to get amongst the deeper part of the Atlantic Ocean.”

You can keep up with the 11th Hour Racing Team and the Newport Bermuda Race here.

GoPro Video: Sailing Aboard the Team Alvimedica Boat In Newport