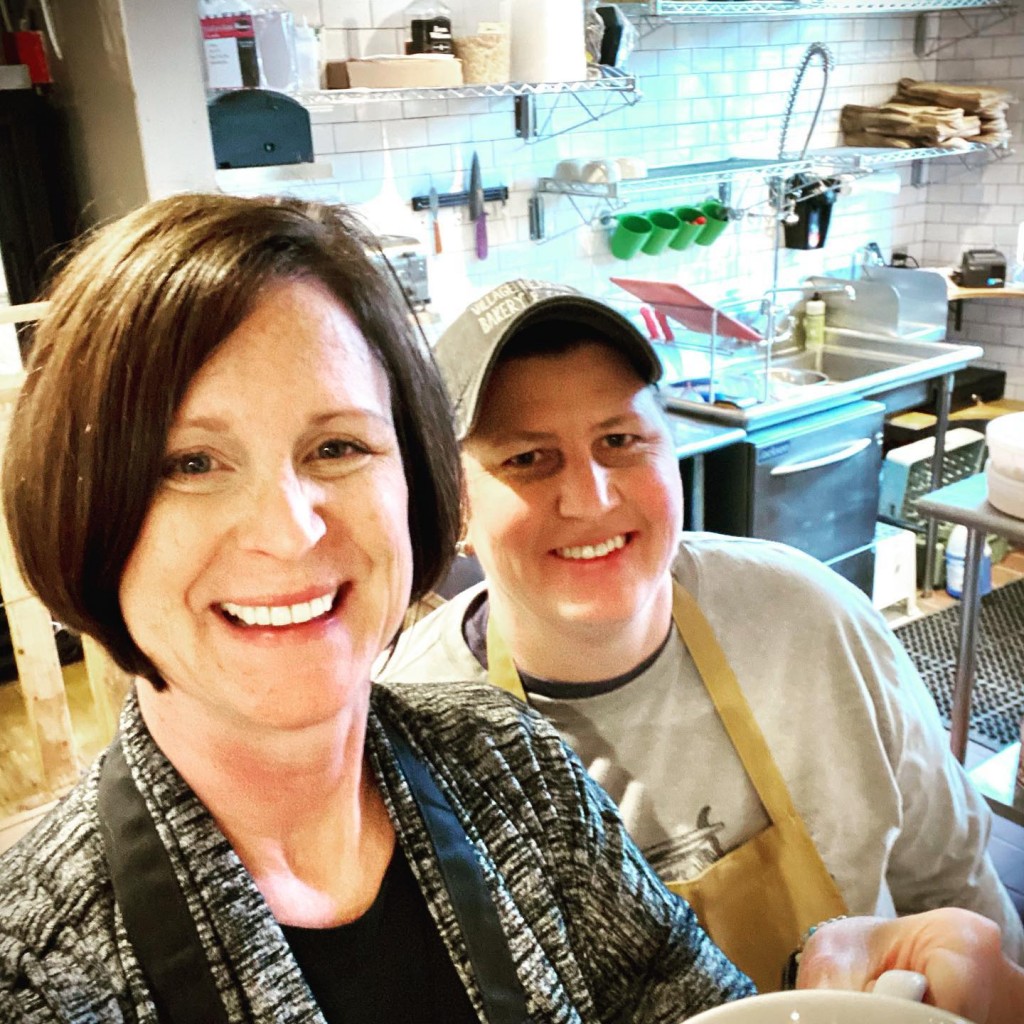 The first time Lindsay Haigh attempted to make a loaf of gluten-free bread, she had high hopes.

“It looked absolutely gorgeous,” she says. “But then we cut it and it was all downhill from there.”

The loaf was so dense that the only thing that could be done with it was to douse it in oil and turn it into croutons, says Lindsay’s wife, Stephanie. But the couple’s baking endeavors have since come a long way.

The Haighs now own Village Hearth Bakery and Cafe, an artisanal bakery in Jamestown that has been beloved by locals since 2001. Since purchasing the bakery and cafe and re-opening in March, Lindsay has been busy at work developing her own homemade gluten-free, all-purpose flour blend to use in breads, cookies, scones, cinnamon rolls and pizza dough for the bakery’s Friday Pizza Nights from 4-7 p.m. She also wants to build on the bakery’s menu, offering new items like brown butter bourbon toffee chocolate chip cookies, strawberry basil muffins and savory hand pies. Each week they shake up the baked goods menu by throwing in new and exciting items for customers to enjoy, and occasionally will offer a special sandwich for the week. The Haighs are proud to continue Village Hearth’s tradition as a family business, with Lindsay’s dad scooping cookies, her mom occasionally running the register, their brother-in-law who may be seen in the back tossing pizza dough on Friday nights, and the couple’s young nieces hard at work as taste-testers.

Lindsay and Stephanie landed in Rhode Island after searching for a big change in their lives. They were looking to relocate to New England after living in Atlanta, where Stephanie worked in corporate talent acquisition for more than twenty-five years and Lindsay led a private law firm. As it became time for a new chapter, the couple decided they would pursue their dream of opening a bakery. 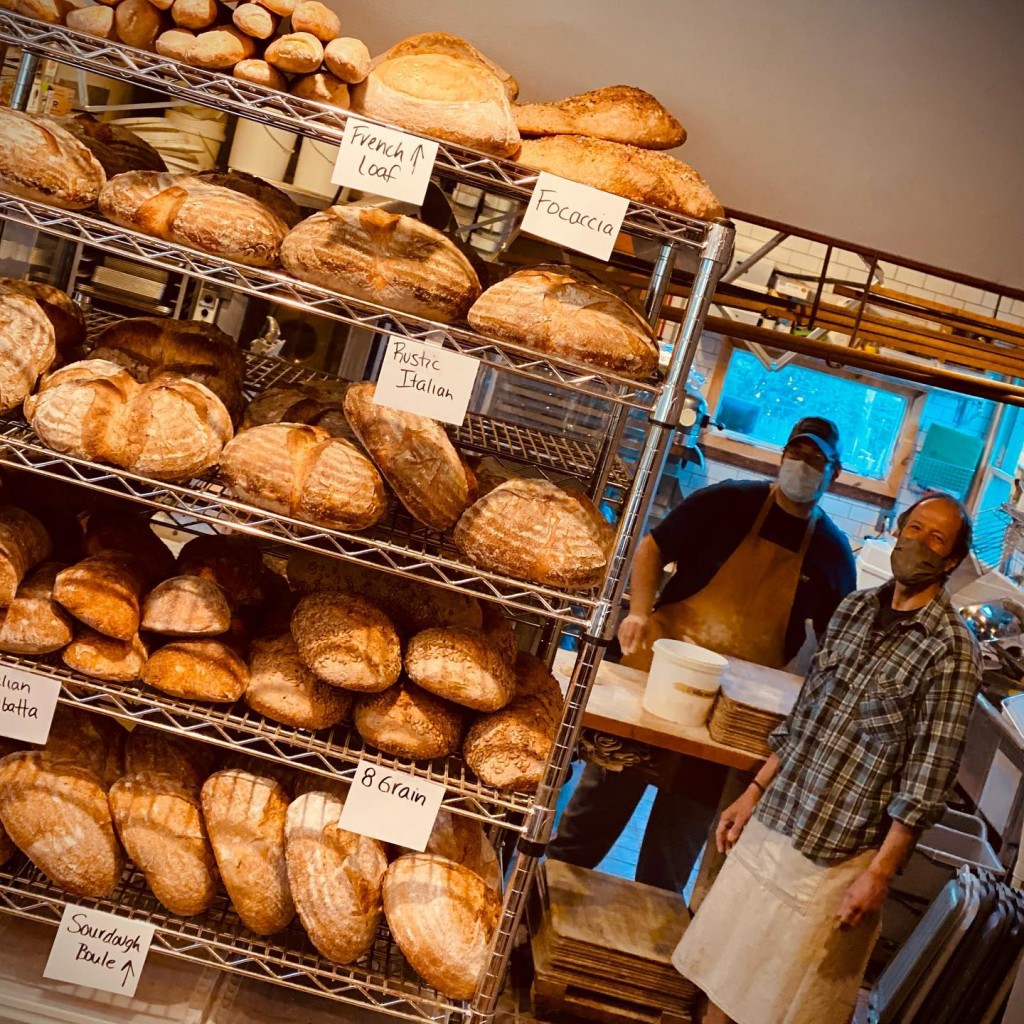 “When we found Village Hearth, it was a no-brainer for us,” says Stephanie.

The idea for a bakery business came to fruition after Lindsay taught herself to cook and the couple began hosting multi-course fine dining dinner parties in Atlanta. After fifteen years in family and criminal law, Lindsay found cooking was a way to escape her high-stress job. But a self-taught hobby soon became a new career path. In 2018, Lindsay appeared on season nine of Gordon Ramsay’s cooking competition show, “MasterChef,” which started as a joke between friends on Facebook and turned into a last-minute audition. She won the judges over with a lobster bake soup, made with chilled corn chowder, lobster salad with homemade tarragon aioli, potato bread croutons, littleneck clams and bacon. Then in 2019, she competed in the World Food Championships in Dallas. The dinner parties became more popular and the couple were soon getting requests to cater events and make custom-order cakes. 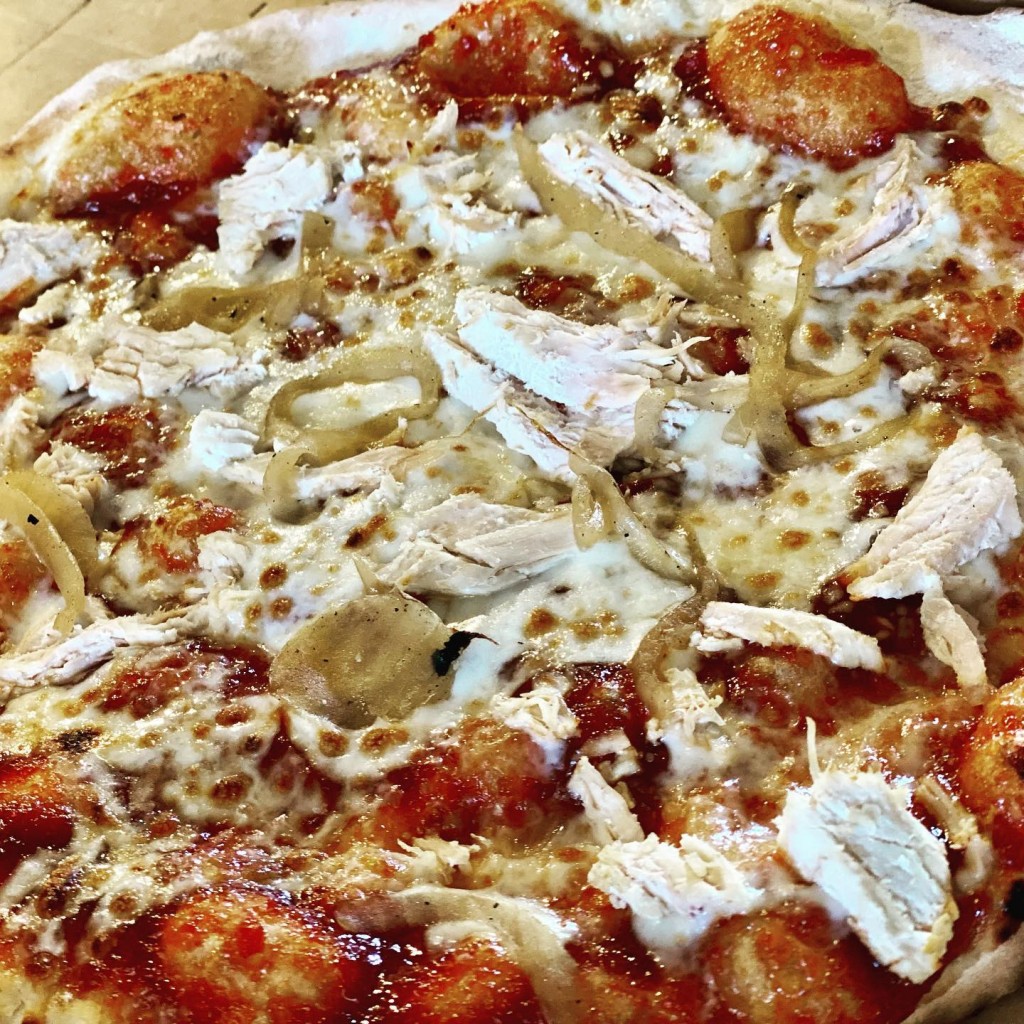 Now, Lindsay has brought her background in fine dining to Jamestown, where her attention to detail makes everyday baked goods feel special. At Village Hearth, you can find a roast beef sandwich made with beef that has been roasted in-house and braided cinnamon rolls that are spiced with not only cinnamon, but a special spice blend that also includes Szechuan peppercorn, black cloves, ginger, star anise and allspice.

“Even if it’s a humble sandwich, it can be made into an elevated experience,” she says. “It makes people happy to have good food, and that’s what I want to do.”

Learn How Gelato is Made By Hand at Neapolis in Wakefield