Learn How Gelato is Made By Hand at Neapolis in Wakefield 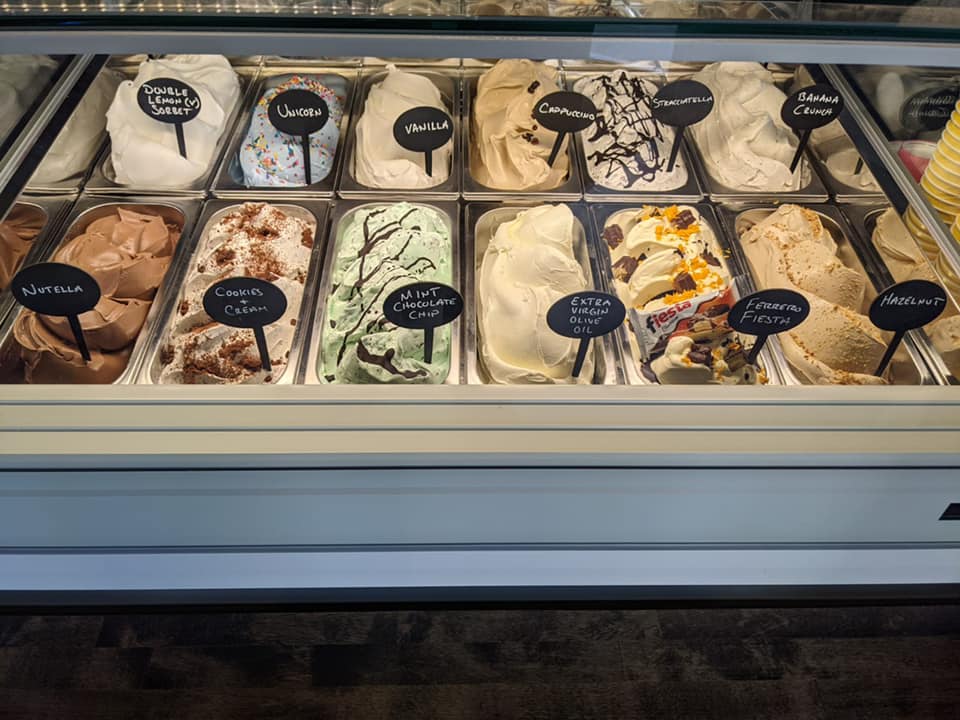 It’s a bustling Tuesday morning at Neapolis, the new sister store to Pasquale’s Pizzeria. Fridges are being stocked with handmade pastas and carefully cut slices of prosciutto and mortadella are being packaged for the first customers of the day. In the middle of it all, tucked away in a neat corner behind a countertop stocked with baskets of freshly baked breads, owner Pasquale Illiano is ready to start making the gelato. After coming onto the local scene in 2015 with award-winning Neapolitan-style pizza certified by the Associazione Verace Pizza Napoletana at Pasquale’s Pizzeria, Illiano expanded by opening Neapolis in October to offer an even wider variety of favorite foods from his beloved homeland. The homemade gelato is a standout menu item, giving Rhode Islanders a sweet taste of authentic Italy. 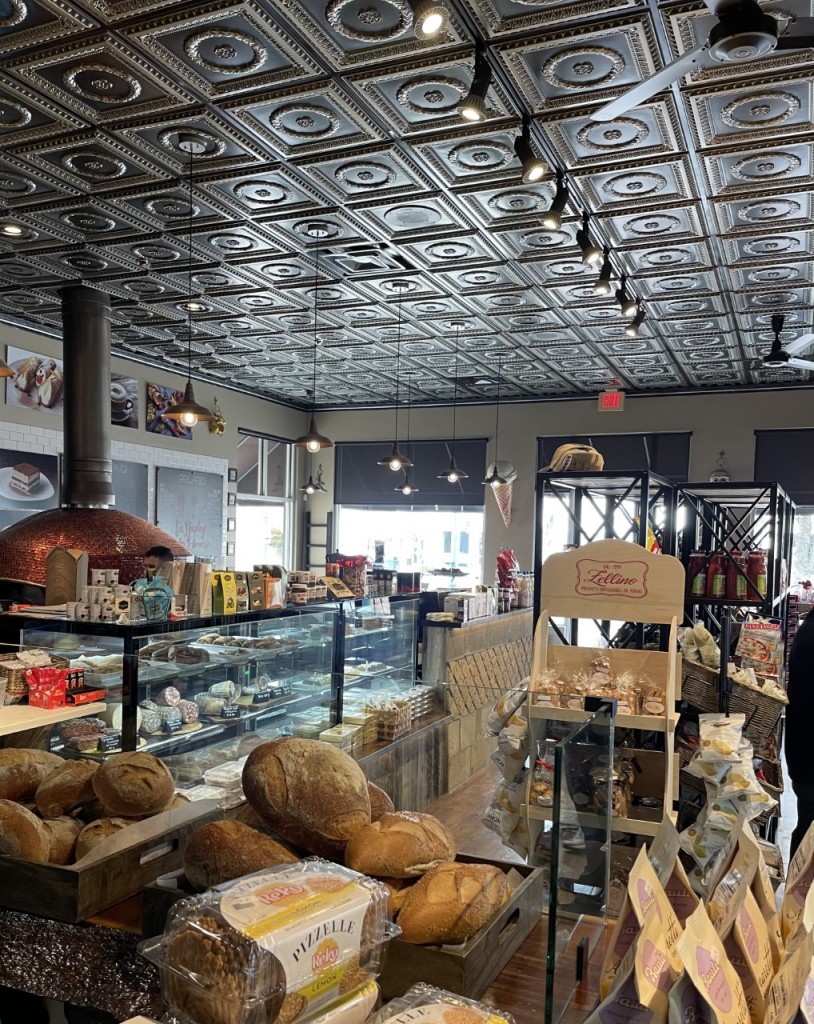 The interior of Neapolis. Photo by Audra Dybala.

The process of making gelato is relatively simple, but it’s Illiano’s quality ingredients and attention to detail that make it something special. He learned the ropes at his first job in Naples, working at a friend’s neighborhood gelateria in the early ‘90s. Now, he experiments with his own flavors, from almond orange biscotti to rum raisin with toasted pine nuts, and even extra virgin olive oil. I can smell pistachios, dark chocolate, hazelnut and vanilla through my mask while Illiano opens containers and prepares his workspace. The alluring scents of each flavor draw me closer, but I try my best to stay out of the way while he begins to work.

First, he makes a base out of pure cane sugar, milk and cream. The dairy comes from Terra Firma Farm in Stonington, and Illiano is adamant about shaking the milk first. When the milk fat slightly separates in the bottle, “it’s a sign of good, fresh milk,” he says. Then the flavor is added. Illiano uses a popular Italian brand called PreGel, short for preparati per gelato, which makes concentrated flavors without any additives or chemical preservatives. Now the base ingredients have to be mixed with an immersion blender. This step is the most important because it will determine the texture of the finished product.

“You have to take your time mixing ingredients because that’s what makes a smooth gelato,” Illiano says.

With careful mixing, even a dairy-free sorbet (which is made with a water base instead of milk and cream) feels rich and silky in your mouth. After the base is properly mixed, it goes into the Bravo Trittico. This machine is separated into two parts: a pasteurizer to gently warm the base and a batch freezer to shock the temperature back down. The pasteurizer will bring the base temperature up to about 85 degrees. While most American gelato is made with a cold base, Illiano prefers to use the artisan method of warming the ingredients first, which will really open up the flavor.

“What makes a difference from one gelato place to another is how you work with the flavors,” Illiano says. “When you taste ice cream, it’s the cream that jumps in your mouth. With gelato you really get the flavor first.”

After reaching eighty-five degrees in the pasteurizer, the ingredients are transferred to the batch freezer, which will cool to about negative-eight degrees. Mixing blades in the batch freezer will also thicken the base, transforming it into gelato or sorbet. Finally, the gelato is is frozen overnight to reach a final temperature of about negative-thirty degrees. Then with a few artful swirls and turns of a spatula to make the sizable mound of gelato look presentable, it’s ready for the display case. Since the gelato at Neapolis is made with all-natural ingredients, it has to be made fresh every few days. You won’t find a backup supply in the freezer because of the gelato’s short shelf-life, so when you see your favorite flavor in the display case, order it before it’s gone. 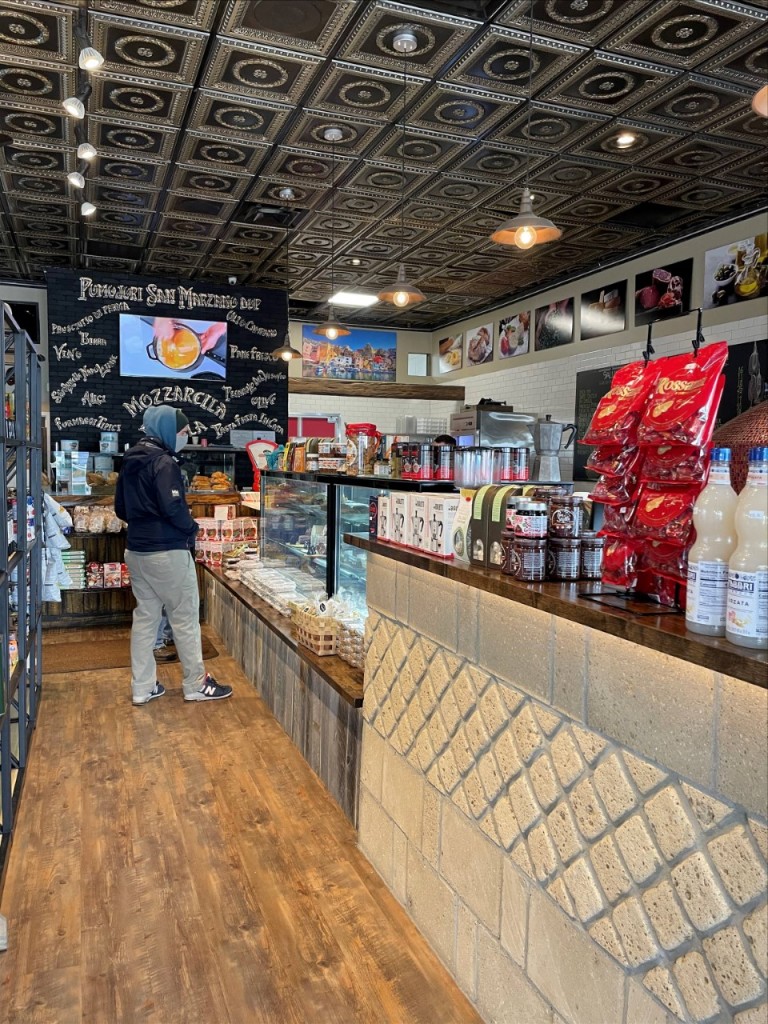 The Dish: Get Hooked on Gelato at Westerly’s Pompelmo Gelateria