Tilly Tails: A Day at the Beach is a story inspired by Mooney's rescue dog. 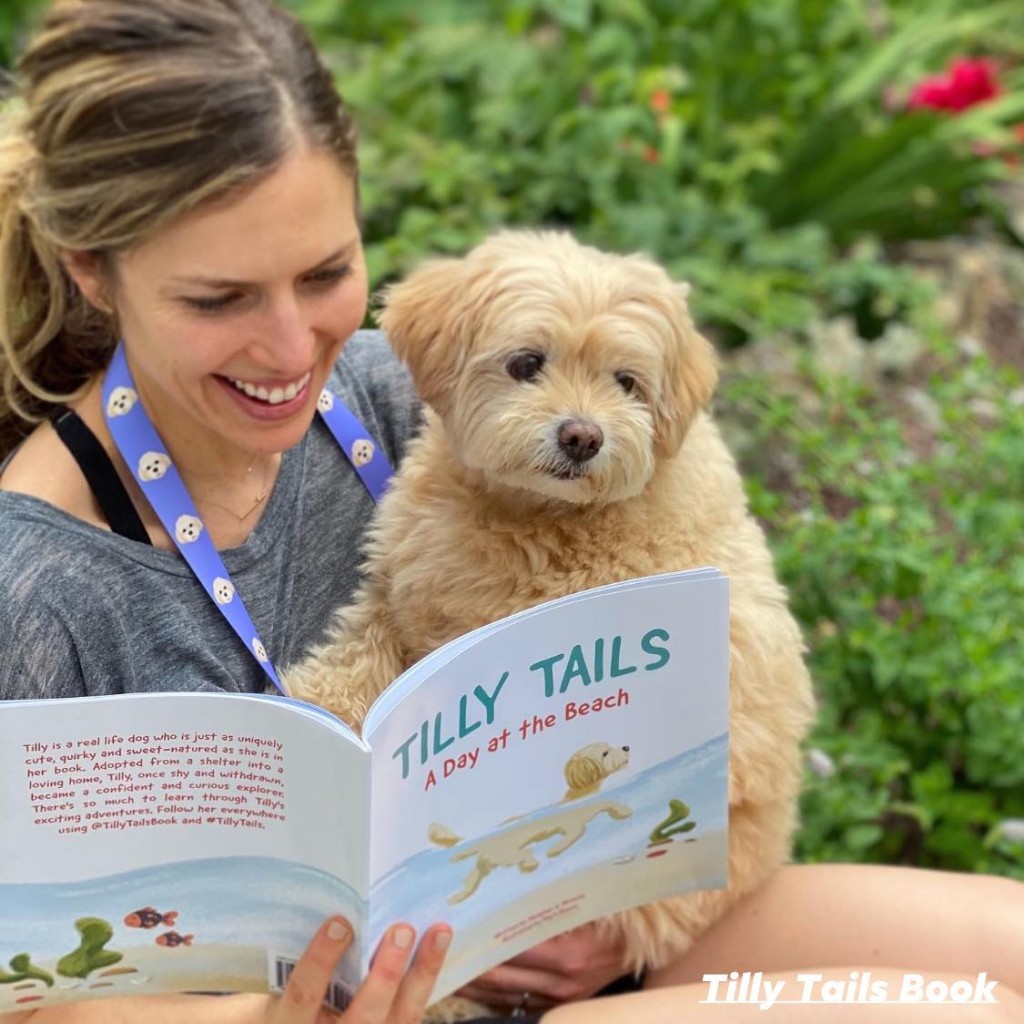 Meaghan Mooney didn’t expect that adopting a rescue dog in Denver would inspire her to write a children’s book. Yet, four years later, the Emmy award-winning WJAR NBC 10 TV host and anchor published her first children’s book, Tilly Tails: A Day at the Beach, about her dog that later became her father’s best friend. The two had such a magical bond that Tilly stayed in Rhode Island with Mooney’s father when Mooney had to move to Washington, D.C., for her television news career. He would send Meaghan “Tilly Tail” texts about their adventures which ultimately inspired her book. After Mooney returned to Rhode Island, she began working for WJAR / NBC 10 as the traffic anchor on “Sunrise” and eventually launched the station’s new live, lifestyle show, “Studio 10.”

Tilly Tails: A Day at the Beach tells the story of Tilly, a shy little pooch, who becomes a confident and curious explorer. With rhyming and vibrant images, Tilly’s story teaches kids important lessons and sends positive messages about pet adoption, friendship, curiosity and diversity. Mooney’s book also includes interactive elements for readers and is recommended for children ages two to eight.

Tilly Tails: A Day at the Beach is the first book in this series, so fans will be able to hear more about Tilly’s adventures with her owner. Customers can order a copy for $13 on TillyTails.com or amazon.com. However, if you do purchase from Tilly’s website, you will receive an exclusively signed copy by Tilly and author, Meaghan Mooney. The website also has other fun merchandise for families and their kiddos such as masks and lanyards that have an illustration of Tilly on them. Be sure to get a copy today to read with your little ones and their furry friends.

Buppy Pets Makes Tasty Treats for Dogs and Their Humans