Anther Kiley is launching a Kickstarter on September 17 to raise money for the production of his interactive build-it-yourself paper toys that create imaginative worlds. 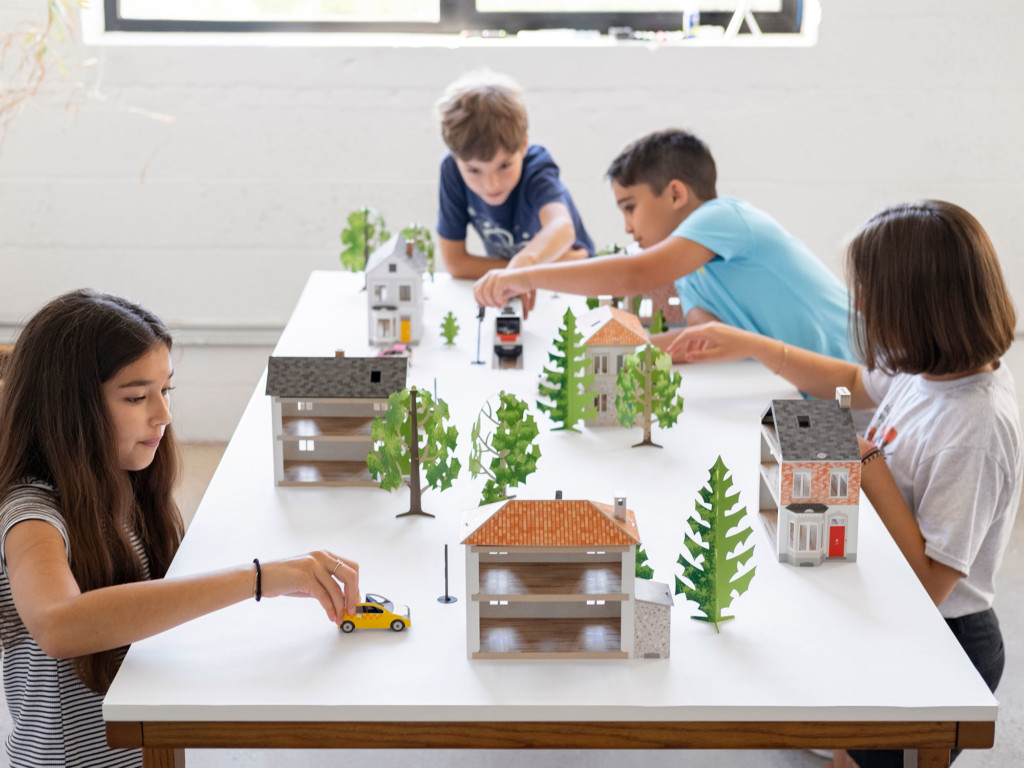 Imagine being a kid and having few toys. Anther Kiley built his own. He grew up in an artistic family with a mother who is a children’s book illustrator and sculptor, and his parents encouraged him to use his own creativity when it came to playtime. He created his own toys out of paper, and now he’s turning his talents into a business, Cardkits.

“They are directly inspired by these toys that I made for myself when I was a kid,” he says. “I grew up without many commercial toys and no television, and so I was always inspired by the world around me, particularly infrastructure and transportation. I started making toys for myself, mostly out of paper.”

His modern interpretation of his childhood toys, Cardkits are interactive build-it-yourself paper toys, printed and pre-cut on sturdy card stock, that can be punched out, built and turned into playsets like a dollhouse with furniture, transportation vehicles like cars and trains with fish characters, trees and more. The kits can be assembled together to create miniature cityscapes, so kids can build their own imaginative worlds. He is launching a Kickstarter on September 17 to raise money for the first production run of twenty-seven different Cardkit designs, which involves creating custom dies that will be used to cut out the shapes. They will be made locally in New Hampshire and Rhode Island out of sustainable paper, and the entire product, including packaging, is recyclable. 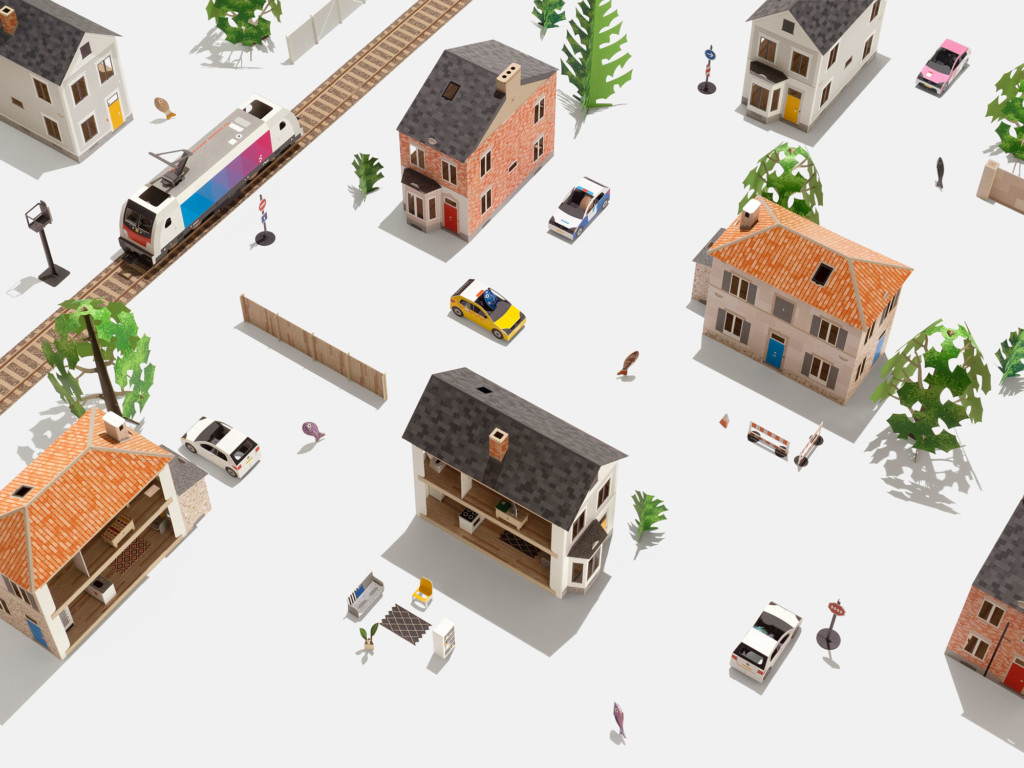 An interactive city made with Cardkits.

Kiley achieved his Master of Fine Arts in graphic design at Rhode Island School of Design, and he continues to teach design at the school. He returned to Providence specifically to launch the product. “These are just the first seeds of what I am hoping will be a much larger line of toys in the future,” he says. There will also be a gallery showing of his work at World’s Fair Gallery in Providence on September 14.

The idea for Cardkits started when he was nine and he went on a business trip with his mother to the opening of an aquarium, where she had been commissioned to do some sculptures. “It was my first flight and my first visit to an aquarium, so of course this resulted in a miniature paper airport for my collection of toy fish,” Kiley says. “That was the beginning of this idea of all of my creations fitting together to create one cohesive world, and it was called fish world. It eventually had multiple cities, railways, shipping lanes, a political structure and currency with miniature money.” 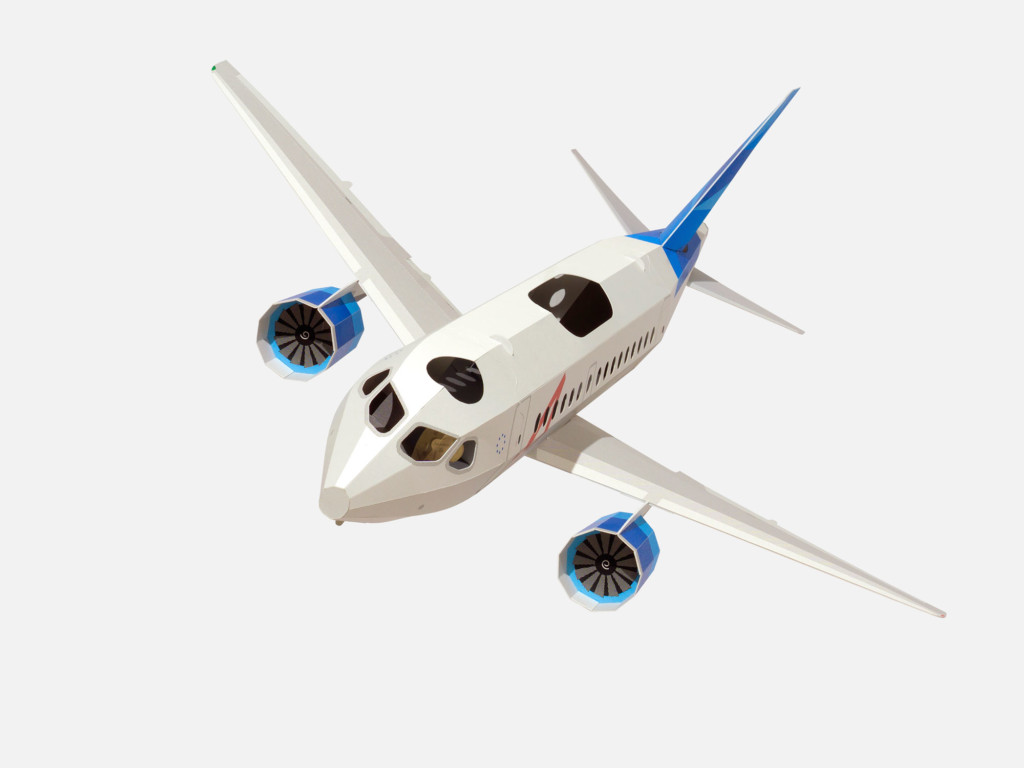 An airplane made with Cardkits.

Kiley’s Kickstarter will include pre-order rewards of the first run of his Cardkits, hopefully just in time for the holidays, or at least the beginning of 2020. He’s excited to share his childhood inventions with other children and their families. “My childhood toy world functioned in a way that a lot of traditional children’s toys do in that they create a safe space where a kid can freely experiment or play out scenarios or things about the world that are of interest to them,” he says. “I am hoping Cardkits can create this same kind of space for other children.” 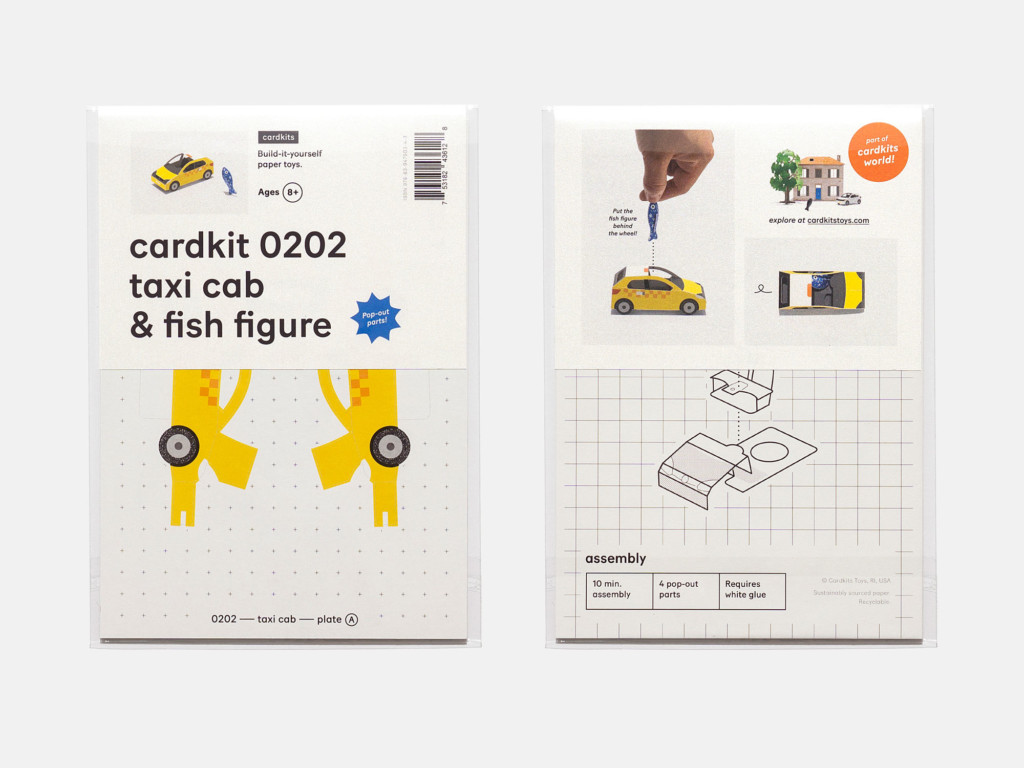 Cardkits are made from sustainable materials and are 100 percent recyclable.