The Travel Channel's "Ghost Adventures" visited the Farm on Round Top Road in Harrisville. 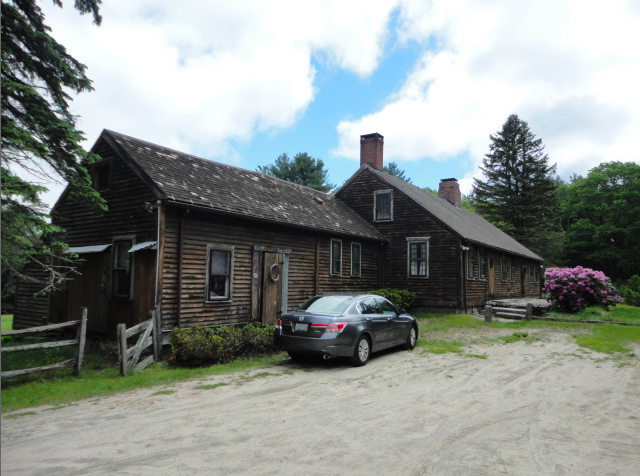 Here’s a farmhouse even Chip and Joanna Gaines couldn’t fix up.

It’s not the aesthetics: The home, built in 1736, is adorable. It’s a classic New England Cape with a gabled roof and rustic cedar siding. The stone foundation is original to the house, which is 3,100 square feet with three beds and two baths. The property itself is a roomy eight acres with three outbuildings and a small river running along the back. It abuts conservation land, too.

Nope, nope, nope. More like a nightmare. Seven generations lived and died there and, rumor has it, the dead are still kicking around. Author Andrea Perron, who lived in the home as a child, chronicled its paranormal activity in her self-published book, House of Darkness House of Light. But the world learned about the Round Top Road farmhouse in 2013, when The Conjuring — a film based on demonologists Ed and Lorraine Warren’s visit to the home — hit theaters.

At the time of the film’s release, the house was owned by Norma Sutcliffe and Gerald Helfrich. Below, Andrea Perron caught up with Norma to talk about life on the property — including a day care and cooking classes she ran from the house — and things that go bump in the night:

But a few years after The Conjuring debuted, Norma and Gerald filed a suit against Warner Brothers for the persistent trespassing and vandalism of their property. In a video posted on YouTube, Norma said, “We will never feel safe and secure again. We have forever lost our sense of peace and privacy.” The living can be scarier than the dead, so it seems. Also in the video, Norma dissects historical documentation that disputes much of The Conjuring‘s tidiest paranormal explanations. The couple settled with Warner Brothers out of court.

Earlier this year, the home was sold from a trust in Norma’s name to Maine-based paranormal investigators, Cory and Jennifer Heinzen, for $439,000. The Heinzens have been bombarded with requests for visits and say they plan to eventually open the home for tours. (They also asked that RIM circle back with them for an interview once things settle down post-Halloween.)

I’m a sucker for historic farmhouses, but I’ll bask in this House Lust from afar, thank you very much: The Travel Channel airs its two-hour “Ghost Adventures” special on the Farm on Round Top Road, as the Heinzens have dubbed it, this Thursday, Halloween night. The show kicks off at 9 p.m. and will air again at 1 a.m. Keep an eye on the Farm’s Facebook page for news, events and spooky activity.