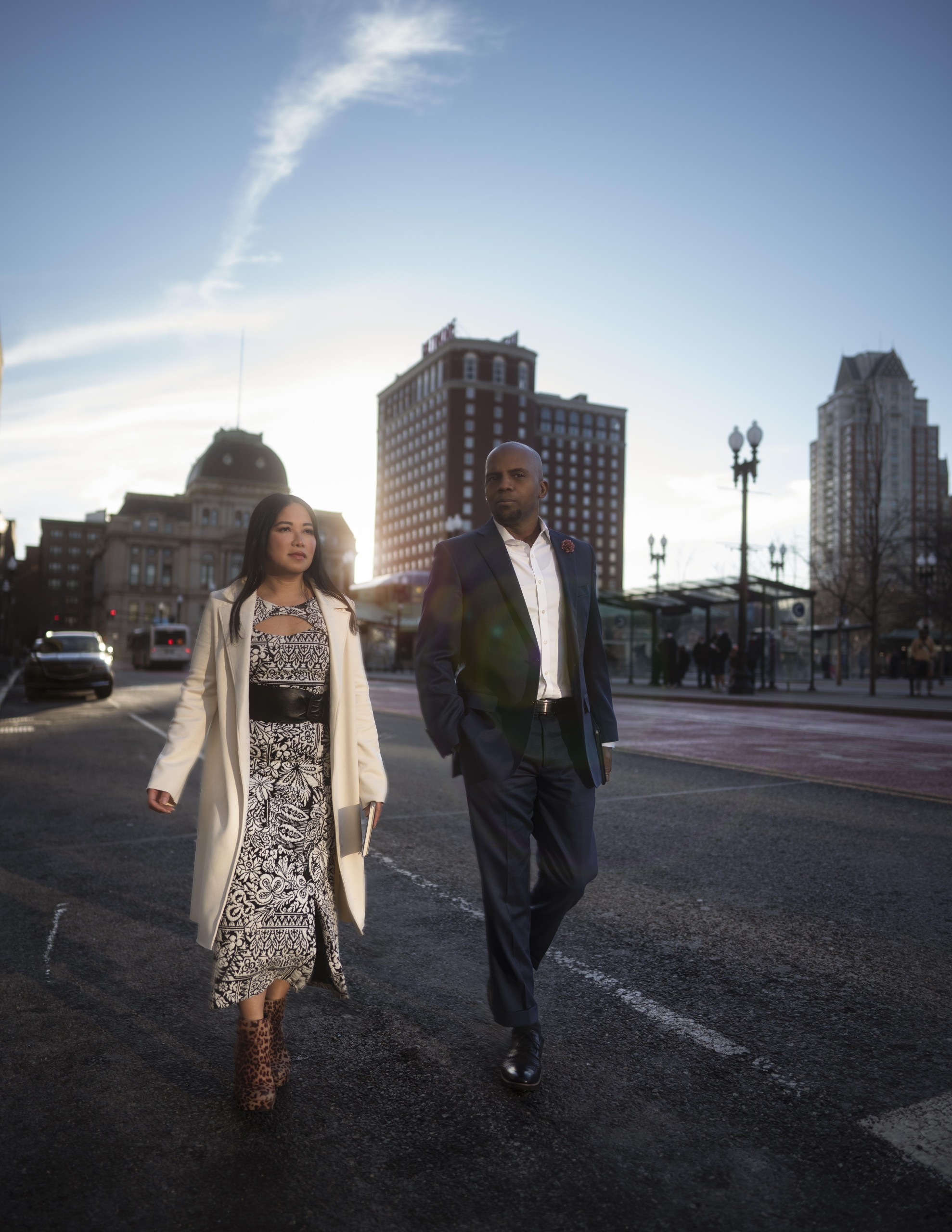 “Superheroes without capes” is how people have described the team behind Papitto Opportunity Connection. The nonprofit private foundation, based in Providence, works within Rhode Island’s Black, Indigenous and people of color communities to provide education and job skills training and support entrepreneurship.

The foundation is the vision of Ralph and Barbara Papitto, whose long-term goal was to invest in underserved communities. After philanthropist Ralph R. Papitto died in 2019, his wife, Barbara, became a trustee along with John Tarantino and Ed Pieroni. The POC Foundation has an entirely BIPOC board, whose members work to determine grant and microloan recipients and distribute funding to BIPOC businesses and programs. The foundation also started the Transform Rhode Island scholarship to help students from underserved communities attend college. We sat down with the first advisory board members, Ting Barnard and Arnell Milhouse to learn more about the work they are doing:

What is the Papitto Opportunity Connection?

Arnell: Ralph Papitto grew up in humble beginnings as a son of immigrants. He came here believing in the American dream. He and Barbara Papitto wanted to invest in underserved communities and they created Read to Succeed in 2008, but they wanted to do something bigger to make more of a long-term impact. The Papitto Opportunity Connection involves opportunities and connection.

Ting: Both Barbara and Ralph were the American dream, and they wanted to create that for others. They created pathways to success in education, entrepreneurship and workforce development. Read to Succeed was one of the first ways they did it, by giving access to books and granting access to college as well. The theme was always creating pathways to success and I think that’s more sustainable than just saying we’re going to build equity. They gave people the tools and resources to achieve success themselves.

And we’re also the American dream story, the two of us.

What is your American dream story?

Ting: I came to America [from Laos] at the age of one. My parents met there, and when my dad was in the army, he was put in a concentration camp because he was helping to fight the war.  It was 1981. I was a year old. I came with my sister who was three years old, and we lived on Orms Street in Providence. We were sponsored by Christians. They came from Canada and we were raised Christian. There are four of us siblings; two girls, two boys, each two years apart. My parents worked and made jewelry out of their cars. They also used their vehicle to help move the jewelry to bring to other people in the community so they could make money as well. They were impacting workforce development in their own little way. My parents raised four children while speaking very little English. My father received his GED at Bunker Hill Community College, became a machinist and then he got a job working at Marshall Williams Company in Woonsocket. He worked there for thirteen years and my mom taught herself to drive and they put all four of us through college. They did everything they could to provide us with the best education. We went to St. Rays, Bishop Hendricken and La Salle Academy, then we all went to college.

Arnell: I was born in Roxbury, Massachusetts, which some might consider to be the toughest neighborhood in New England. I was born to a single mom. We were born poor. But like most poor people who have a happy home, you don’t know that you are poor. Living in Roxbury, I was able to learn about being tough and not just surviving, but what it meant to overcome and succeed against all odds, because every day was a challenge in the streets. We moved to Cape Cod when I was in eighth grade, and Cape Cod gave me a completely different world view. I was able to take my work ethic, my skills I had from growing up in Roxbury and blend those with this understanding of opportunity in education. At the same time, when we went back to visit our family in Roxbury, it was concerning to see the disparity of wealth that was fifty miles apart. That set in motion for me a life of philanthropy, a life dedicated to giving to others. I went to Johnson and Wales and got a full academic scholarship for my sophomore, junior and senior years at JWU because of the work that I did and achieved through academics. I studied computer science and business management.

How were you chosen to be on the Papitto Opportunity Connection advisory board?

Ting: I serve on the board for Leadership Rhode Island, and I am actively involved in the mentorship program for College Leadership Rhode Island. I met John Tarantino through a mutual friend, Nicole Benjamin, who is a mentor to me. John called me and said I think this is an extension of the work you’ve been doing in the community through the Friendship Foundation. Arnell and I had never met, but we were working separately within our communities. Now we are working together by creating focus groups, having one-on-one conversations, and asking communities, “What are your needs?”

Arnell: When I received the phone call, John broke down what the goals were. Immediately, my research into the life of Dr. Martin Luther King Jr., and specifically his poor people’s campaign, came to mind. I said this is exactly what Dr. King was working on in the two years prior to his assassination.

How much funding has been made available?

Arnell: It started with $50 million, then it went to $100 million, now it’s $150 million. After Ralph passed, trustees Barbara Papitto, John Tarantino and Ed Pieroni put their heads together about how they can best use inherited wealth to impact communities of color. They said we need to have an all-BIPOC board of advisors because Barbara said, “I never want to assume what communities of color need.”

You want to hear from people who are part of it.

Crossing cultures, you listen and learn from each other.

Arnell: And we learned that underserved communities have been working separately. Through POC and Barbara’s vision, she’s really bringing these communities together.

Are there organizations you are most proud of helping?

Ting: The Center for Southeast Asians in Rhode Island. That was the first board I joined coming back to Rhode Island. The Southeast Asian community has been invisible and I think it’s culturally because we don’t ask because of pride. Now we feel proud to know that we have support and love from an organization that really cares about who we are as people.

Arnell: I am overjoyed to see how the African American community is coming together and forming unity. It’s rewarding seeing recipients burst into tears because they have been at this work for ten or fifteen or thirty years and telling us they never had support like this and what it means to them.

Ting: And hopefully they are taking what they’ve learned, and in turn, being mentors and leaders for others. pocfoundation.com