Hocus Pocus Sequel in the Works Throughout Parts of Rhode Island

Prepare to see the iconic Sanderson Sisters in the Ocean State and on the big screen for Hocus Pocus 2, which is set to debut in 2022. 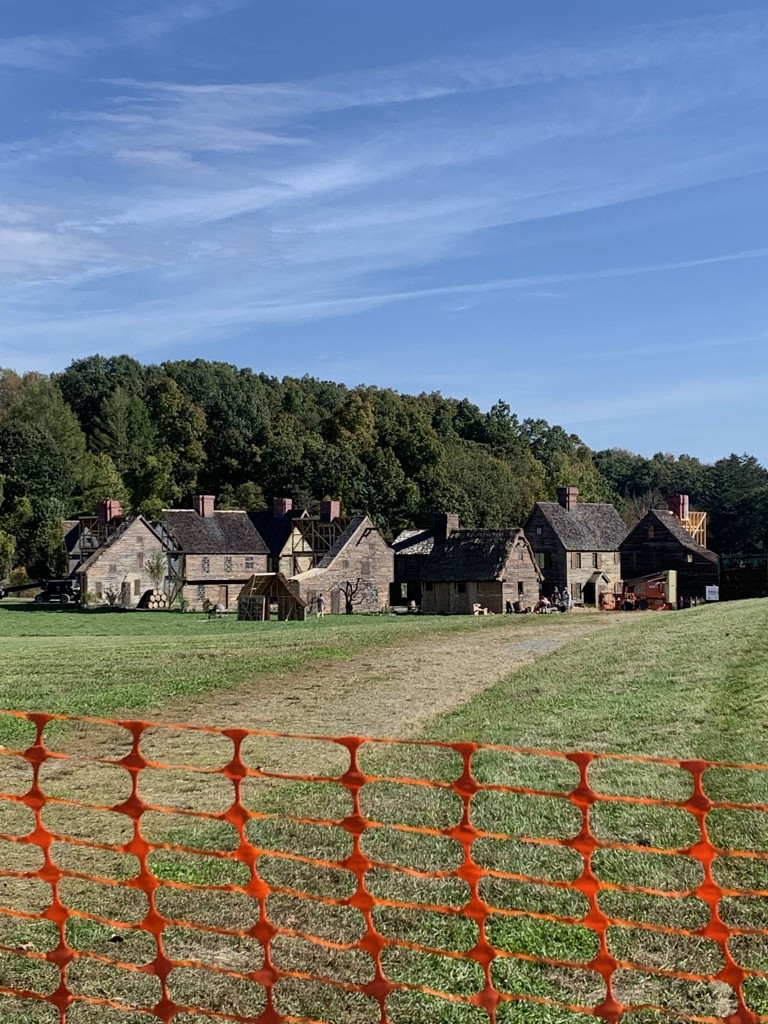 Production update on the Chase Farm set in Lincoln.

The infamous Sanderson Sisters have returned to give us another fright (and fits of laughter), and they’ll soon be roaming the grounds of Chase Farm in Lincoln in a sixteenth-century-inspired set that began construction in late summer and began filming on October 18. Filming is also taking place within the halls of La Salle Academy and the Cranston Street Armory in Providence.

In the movie’s sequel, Winifred, Sarah and Mary Sanderson, played by Bette Midler, Sarah Jessica Parker and Kathy Najimy, are accidentally brought back to life in today’s society by three young women, who later must solve how to once again destroy the children-eating witches. The movie will debut on Disney+ in 2022.

Director of the sequel, Ann Fletcher, who also directed 27 Dresses and The Proposal, is grateful to play a part in bringing the iconic witches back to life and to have new and returning audience members enjoy their time while watching. “This is a movie for everyone, from the fans who grew up with the first film to the next generation of viewers, and I can’t wait to get started in the beautiful state of Rhode Island,” says Fletcher.

Steven Feinberg, executive director of the Rhode Island Film and TV Office, is also excited to welcome the Disney crew to the state to continue the legacy of Hocus Pocus 2, twenty-eight years later. “Rhode Island is fortunate because we have superb partners in both the public and private sectors, and we enjoy working together to build a positive environment for the creative economy to shine,” Feinberg says.

Apply to be an extra for the film, or visit the grounds of the sets and catch a glimpse of the building and filming process.

Now Playing: How to Throw a Backyard Movie Night