The magazine is finally publishing its ninth issue — the first issue since 2017 — with original projects from ten queer and queer-friendly artist collaboratives and collectives. 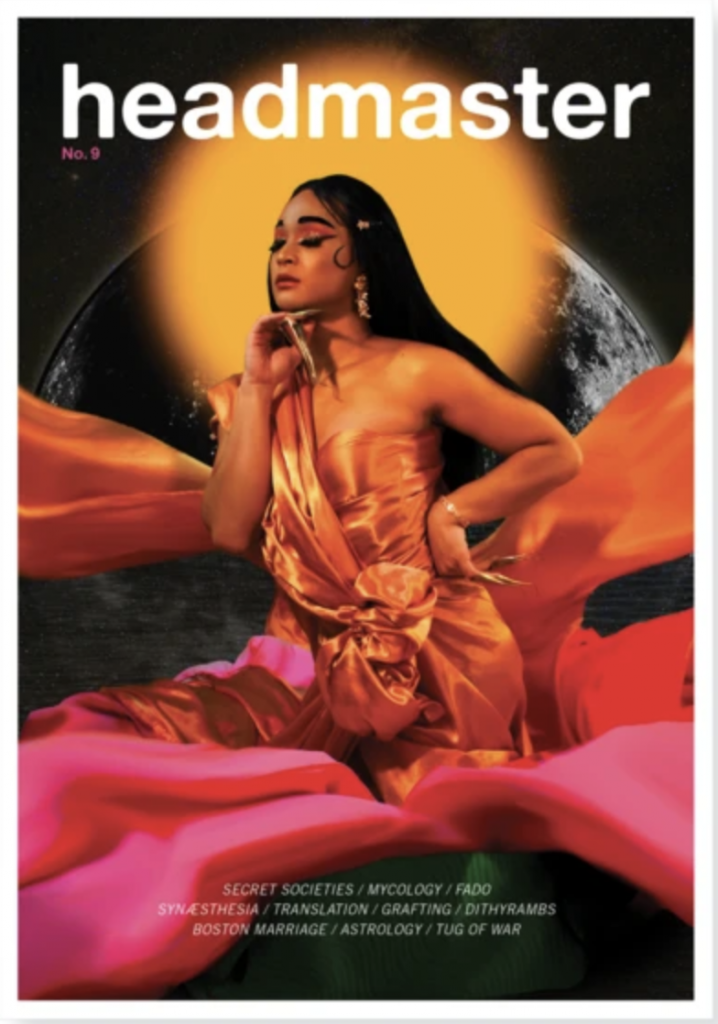 Get ready to grab a copy because Headmaster Magazine is back with a new issue. Over the course of ten years, the magazine has only released nine issues, each having 1,000 physical copies printed. The magazine is finally publishing its ninth issue — the first issue since 2017 — with original projects from ten queer and queer-friendly artist collaboratives and collectives.

Headmaster is “the art magazine for man-lovers” with an admiration for contemporary art and writing. Each contributor of each issue of the magazine responds with their own original piece to an assignment written by the two co-founders and editors, Matthew Lawrence and Jason Tranchida.

“The concept of the magazine is mostly a showcase for queer artists around the world, and we try to keep it as diverse and interesting as possible in terms of different voices that we bring to the forefront,” Tranchida says.

Lawrence and Tranchida are life partners, who also take part in other creative projects together. For instance, last summer in 2020, the two made virtual studio visits to undergraduate and graduate students whose senior years were disrupted by the pandemic.

In past issues, the editors worked with individual artists. However, they stepped away from the familiar and worked only with collaborating duos, as well as one large drag collective, for Headmaster No. 9’s theme.

“The theme was collaboration and people working together,” Lawrence explains, “whether that’s mushrooms working with other plants or women in the 19th century having these Boston marriages.”

Headmaster works with artists all over the world, including local artists based in Rhode Island. Combining these different works allows the artists to juxtapose their varying experiences and perspectives in the queer community with one another.

Headmaster No. 9 is more performance heavy compared to past issues.

“We have two guys that make videos together, we have a drag family, we have musicians for the first time,” Lawrence says. “Production-wise, it was a challenge for us translating all of that into print.”

More thought had to be put into how these projects can work well with a print magazine. As a result, the editors created several solutions. They ensured that the Headmaster website was complementary to the magazine, including links to the series of videos made by Kris Harzinski and Will Haughery, and a code to the nine-part album by musician Fado Bicha.

The production of the magazine was difficult over the course of the pandemic. The editors could not meet with most of the artists in person, instead working with them over Zoom. Although much of the progress was slowed, there was a silver lining.

“We really engaged with the artists we worked with at a deeper level than we normally do,” Tranchida explains. “We got to know the actual contributors of the issue better.”

In addition, the editors included some special inserts in the magazine. There is a sixteen-page zine tucked into it from Lawrence Schimel and Alejandro Córdova, and a risograph poster from Nick Vaughan and Jake Margolin’s Boston marriage project.

Headmaster No. 9 is now sending out orders to stores locally, and will go out internationally by the end of August. The issue is also available through headmastermagazine.com. Headmaster will present a number of virtual and in-person launch events in the fall. For more information, visit the Headmaster website, or check out Headmaster on Instagram, Twitter and Facebook.