The community has banded together to help support, raise funds and provide assistance for the launch of a Sierra Leonean family restaurant in downtown Providence. 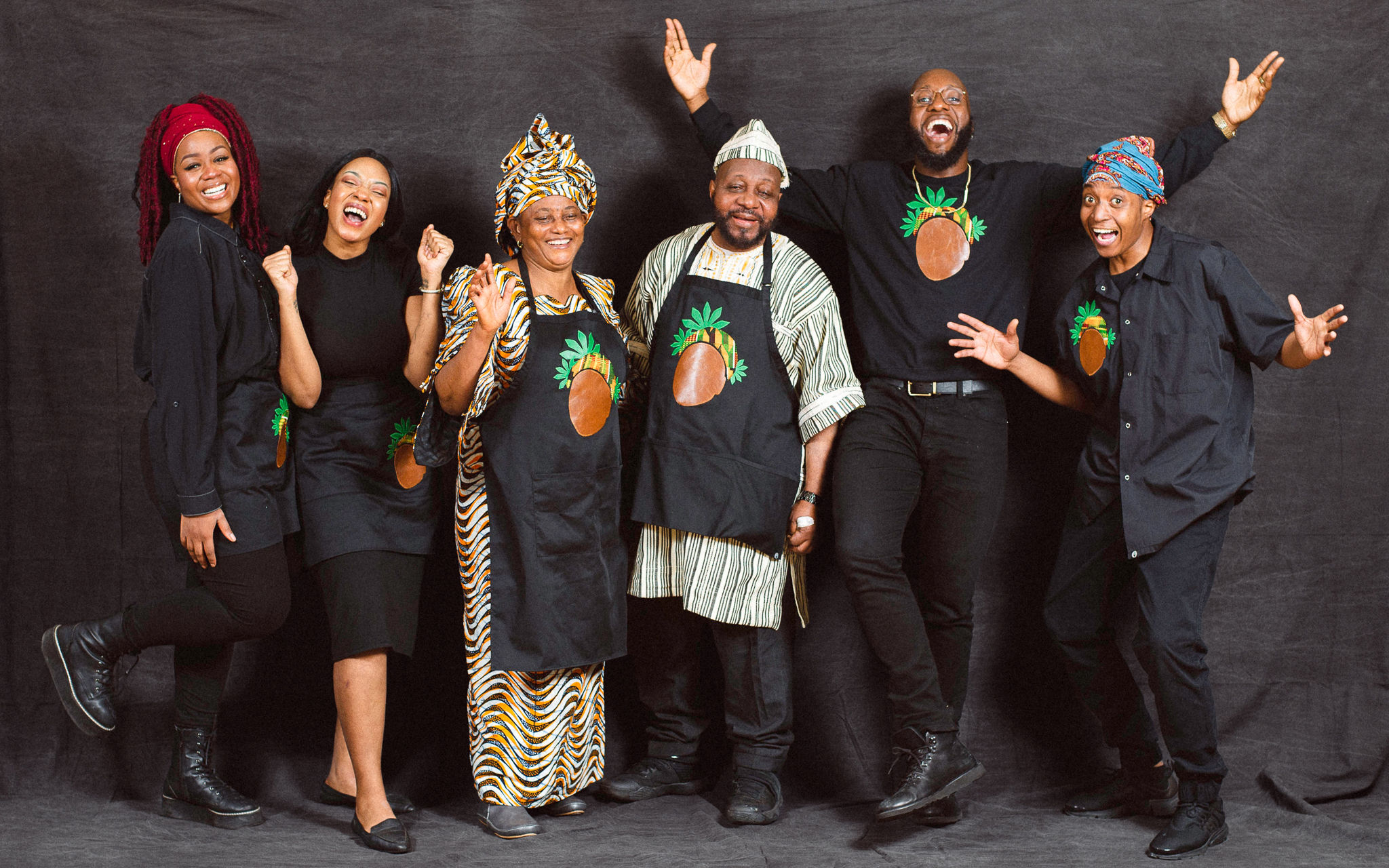 When Sahr Josiah-Faeduwor and his wife, Baindu, were forced out of their restaurant building at Mr. G’s Plaza in Roxbury, Massachusetts, in the summer of 2020 after eleven years in business, they had to come up with an alternative plan. Their West African restaurant, Bintimani, had fed the community for more than a decade in what was coined “Nubian Square,” because of the tight-knit African community that lived there. But after a legal battle, the Boston Real Estate Collaborative (BREC) evicted them and plans to turn the building into luxury apartments. They didn’t know where to turn to continue to share their culture.

“They had become a staple institution in Dudley Square — now turned Nubian Square — where the local community, which was predominantly Black from various cultures, including the Caribbean, Black American, and different countries in Africa, really relied on their food. It became their taste of home and it’s hard to get access to that,” says Sahr’s son, Aiyah Josiah-Faeduwor. “That neighborhood is changing and the developers came in and their goals were to convert that building into luxury co-living. They actively evicted my dad, one of thirteen other small businesses, and most of them were women-owned, and the majority West and East African-owned.”

Son Aiyah Josiah-Faeduwor already had roots in Providence. He graduated from Brown University in 2013 and was involved with various groups here, including serving as the first executive director and founding board member of Millennial Rhode Island. At the time, he was also pursuing a Master in City Planning/MBA dual degree at Massachusetts Institute of Technology (MIT), which he recently earned. Through his involvement in Providence, including serving on the Providence School Board and working with the Department of Labor, he became aquainted with Arnold B. “Buff” Chace Jr. of Cornish Associates. Aiyah says when Buff Chace learned of his family’s predicament, he suggested they move into one of his buildings in Providence, inside the former location of Tom’s BaoBao at 326 Westminster St.

The Josiah-Faeduwor family, including Sahr and Baindu, Aiyah’s two sisters, Xia and Satta, and one of his two brothers, Tamba, settled in Providence to work together to open Bintimani restaurant here. They are all involved in the launch, including Aiyah’s four-year-old niece Shaniya, daughter of Tamba, who is the star of the show at their monthly popups at Industrious Spirit Company (ISCO).

Previously, they started a WeFunder campaign to help raise money to retrofit the current restaurant space into one that will work for their vision. Because Aiyah has a Master in City Planning, he wants the restaurant to be functional and adaptable so that it can also give access to other like-minded small businesses, especially those owned by Black, Indigenous and people of color (BIPOC). “A lot of what I have been navigating in school is, how do you get community and business needs met? We have all this real estate that I think is underutilized,” Aiyah says. “Our goal with this space is to allow my parents to have their programming, from early lunch through dinner, but in the early mornings and other evenings be able to have other chefs come in and offer other types of cuisine and be able to build their businesses. We hope the space can be utilized by multiple people in that way but also be a community space.”

Aiyah wants to make it easier for other businesses to launch and grow through their guidance of obtaining licensing and permits, since his family had to learn the hard way.

His father, Sahr, came to this country from Sierra Leone in 1974 after being accepted as a student at Clemson University.

“I have five degrees,” Sahr says with a laugh, adding that his advanced degrees are in the agriculture and engineering fields from both Clemson and West Virginia University. “I didn’t have a green card. I stayed in school and I became a professional student. That’s what I had to do.”

Along the way, he and his previous wife, Aiyah’s mother, had four children together and eventually separated, then had another child together while remaining apart. When it came time to get a job, Sahr found himself as a single father of five trying to establish a career that did not offer much flexibility for caring for children. He moved to the Boston area with his children to live with his sister, and turned to opening his own food business with Aiyah’s stepmother, Baindu Josiah-Faeduwor, who is a great cook. Baindu started out serving roast beef on the side of the building in Roxbury, but they ended up moving inside the building to serve more specialties from their homeland for eleven years until they were evicted. 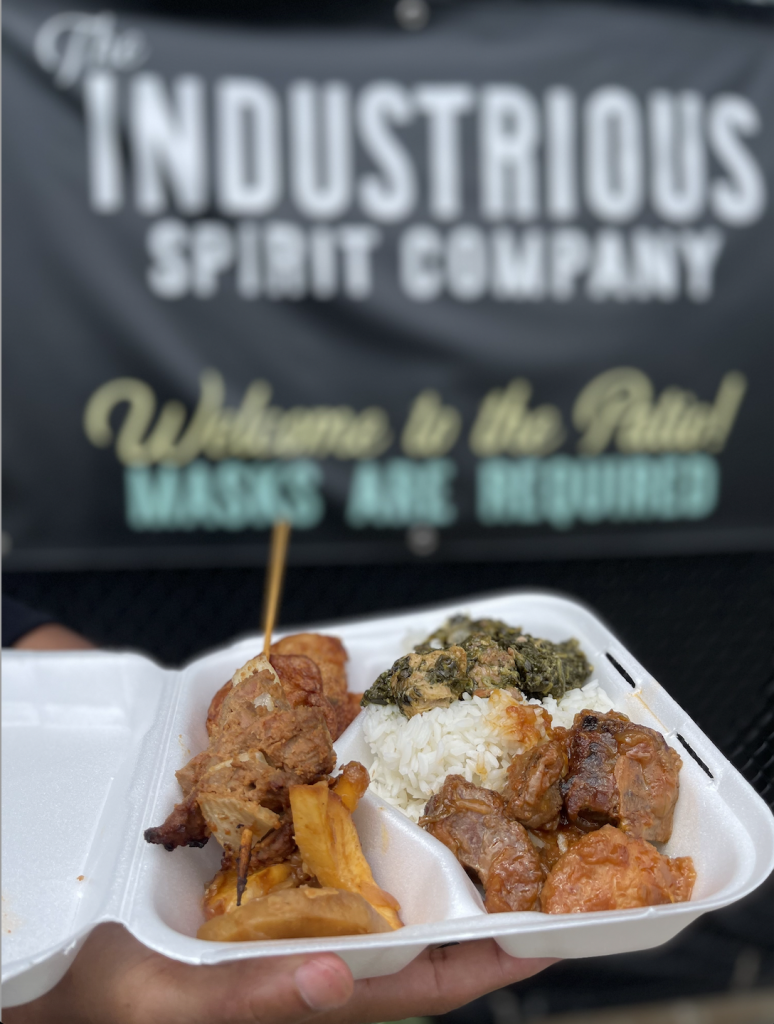 “Our food is heavy with carbohydrates; rice, cassava, sweet potato, basically we have a lot of sauces we serve with meats,” Sahr says. “We have dishes like fufu [a soft and doughy ball made with mashed cassava], which is very popular in West Africa. Then we have dough called accra, named after the capital of Ghana. It’s a dough mixed with African spices before frying, and served with a hot pepper sauce.”

While they remain true to their African roots, they are adapting some of the cuisine for an American palate, and including some vegetarian choices. “Given their thirteen years of experience in Boston with various audiences (they had college students coming in from different cultures), they’ve refined the flavors and spices to be able to adapt to different palates,” Aiyah says. “They’ve also been able to adjust to different dietary needs and allergies.”

Bintimani is currently providing catering through Hope and Main incubator kitchen in Warren while the business earns more funding through the WeFunder campaign. They hope to open the brick and mortar in the winter of 2022. The family was also granted a loan through the Papitto Foundation, and has been helped along by so many community members including Buff Chace, Paul Kettelle of PVDonuts, Industrious Spirit Company which hosts its monthly popups, Frog and Toad which helped design its tote bags and acclimated them to the small business community, Ting Barnard’s Studio which helped facilitate the loan from the Papitto Foundation, Manal Jakhar, who founded She Community and designed their website, and Libby Slader who is designing the Bintimani interior space, among many others.

“One thing I hope gets across, is that how far we have gotten is off the backs of so many community supporters,” says Aiyah.

The family members are all working together with one common goal in mind: to provide a better future for four-year-old Shaniya.

“My dad came here for school and without much, but he had a passion for education and a dream of building a family. As one of five siblings, we watched our parents struggle through so many things and now that we’re in a good place, and we’ve been able to get more established, the hope is for Shaniya to grow up with a different experience,” Aiyah says, “We all want Shinaya to have the brightest future, so it’s easy to corral a team around something that we all understand is a priority.”

“I was lucky to come to this country and have five children that were born in this country,” adds Sahr. “I thought, what if I expend my energy on raising them, it will be much better for them than it was for me.” 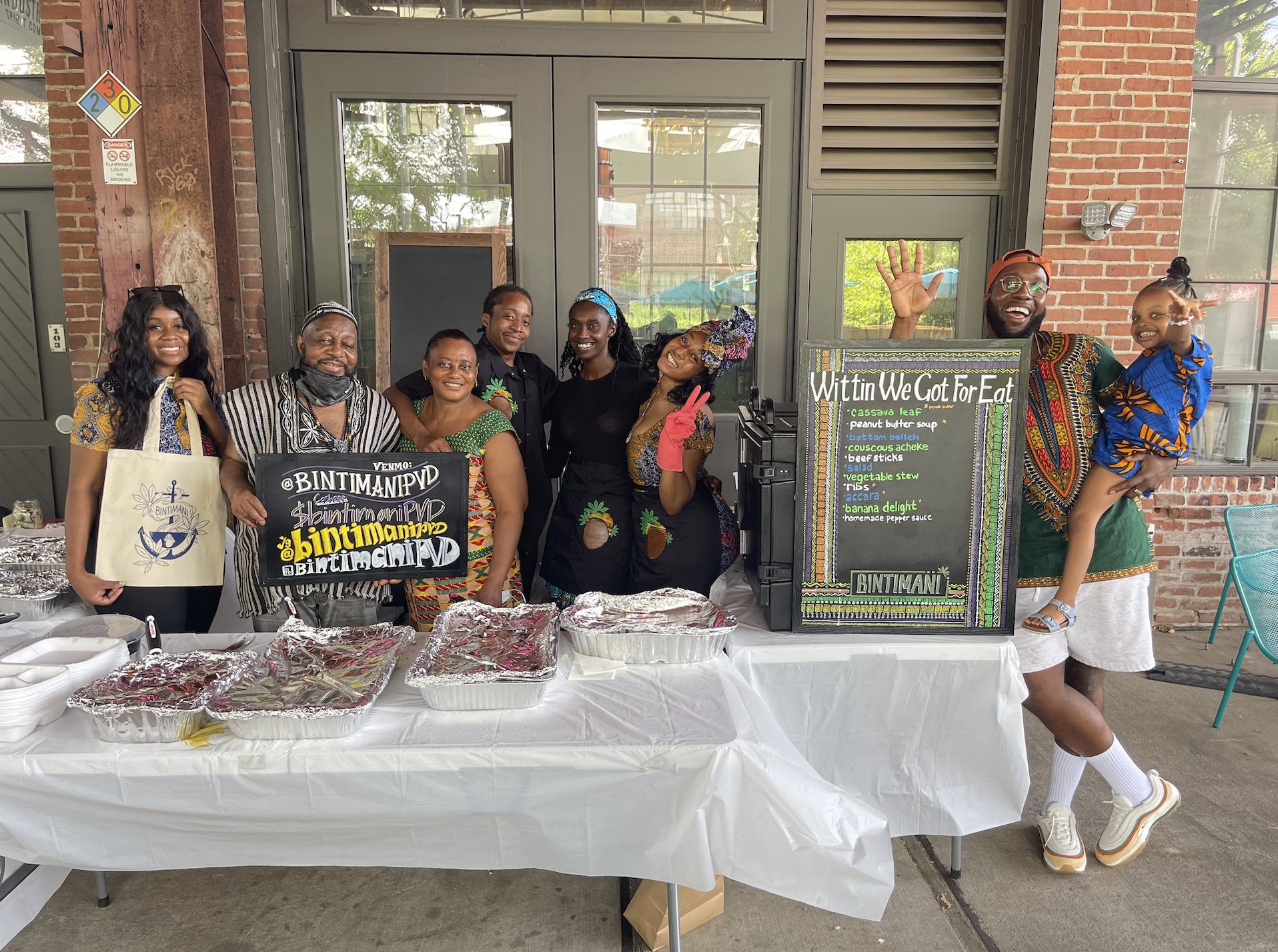 The Josiah-Faeduwor family, including four-year-old Shaniya.