Children of all ages are encouraged to participate for a chance to win sixteen pints of Warwick Ice Cream’s 'Every Child, Every Day' flavor, which was created to support the hospital. 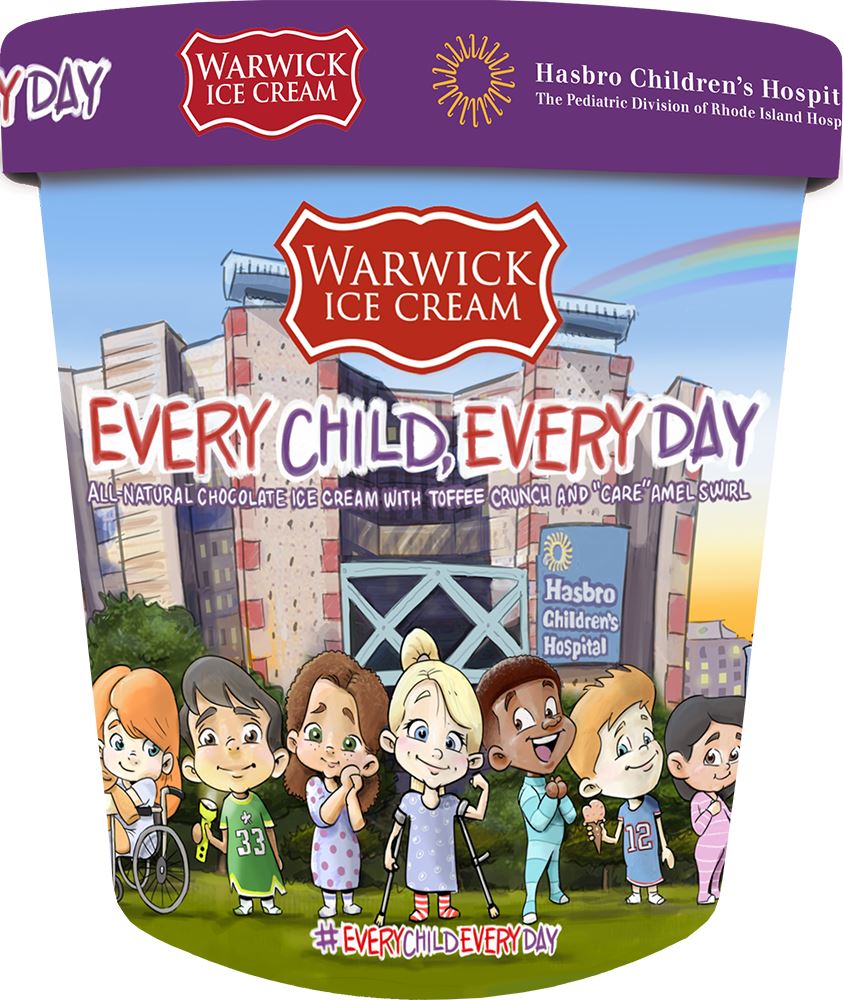 In celebration of their twenty-fifth anniversary, Hasbro Children’s Hospital has announced a special opportunity for elementary, middle and high school students throughout Rhode Island and beyond. The assignment? Write an essay of 300 words or less about what makes Hasbro important.

“Young people, especially children, have such a unique perspective of the world and of their own life experiences” says Margaret M. Van Bree, president of Rhode Island Hospital and Hasbro Children’s Hospital. “We’re really excited to see what we get.”

The essays will be reviewed by volunteers from Hasbro Children’s Hospital advisory councils and one winner from each age group will be chosen to read their essay at a hospital event. The essays and photos of their authors will also be published on Hasbro’s website. Winners will be invited to take exclusive tours of the Warwick Ice Cream factory and will also receive sixteen pints of Warwick Ice Cream’s ‘Every Child, Every Day’ flavor, which was created to support Hasbro Children’s Hospital. The ice cream consists of a chocolate base with toffee crunch and a caramel swirl within.

Essays are due by August 12 and winners will be announced in mid-August. Submit an essay here.