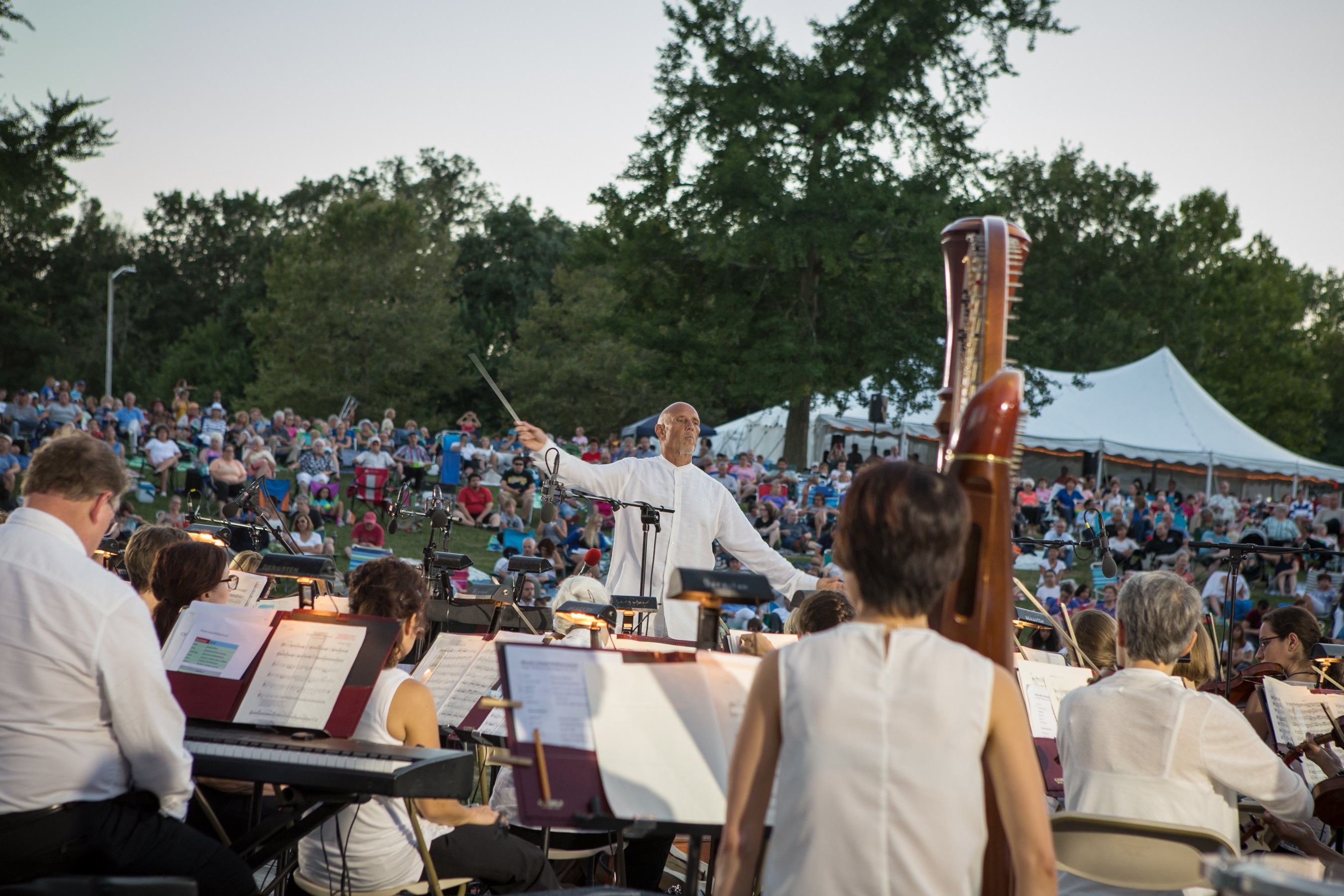 The RI Philharmonic Orchestra, for the fourth year running, will perform its annual free concert in Roger Williams Park on Thursday, August 8 from 7-9 p.m. Led by Francisco Noya, RI Philharmonic’s resident conductor, the sixty-piece orchestra will play two forty-five minute sets with a twenty-minute intermission. The set list is designed to please all, with fan-favorites such as the “Star Spangled Banner,” music from Apollo 13, the 1812 Overture, music from Star Wars and much more.

Sponsored by the city of Providence and the Rhode Island Foundation, the event was originally designed as a one-time celebration of the RI Philharmonic’s Centennial four years ago. However, president and CEO of the Foundation Neil D. Steinberg says, “The performances have been so successful and were enjoyed by so many that we decided to bring the Philharmonic back.” He says, “Community is the core of our work. That begins where people come together to share experiences.”

The concert brought in an estimated 7,000 people last year and has become a community-forming event, providing a space for Rhode Islanders across the state to enjoy music and culture together. This year the event will also feature a dozen food trucks on site from 5-9:30 p.m. The trucks will be serving everything from burgers to Asian street food to ice cream and waffles, so you definitely will not go hungry.

“Wonderful food, fresh air and space for thousands of music lovers on blankets and lawn chairs. It should be another spectacular evening,” Steinberg says. Parking is available throughout the park, in addition to safe areas to leave bikes at the Temple to Music. More information can be found at rifoundation.org.