Rhode Island Monthly: When did you first become interested in art?

Dr. Francois Luks: I’ve been told that when I was three years old, my pediatrician said to my mom, “As long as he can hold a pencil, he’ll never be bored” or something to that effect.  I’m not sure if the story is true, but it “feels” true because I have always drawn. 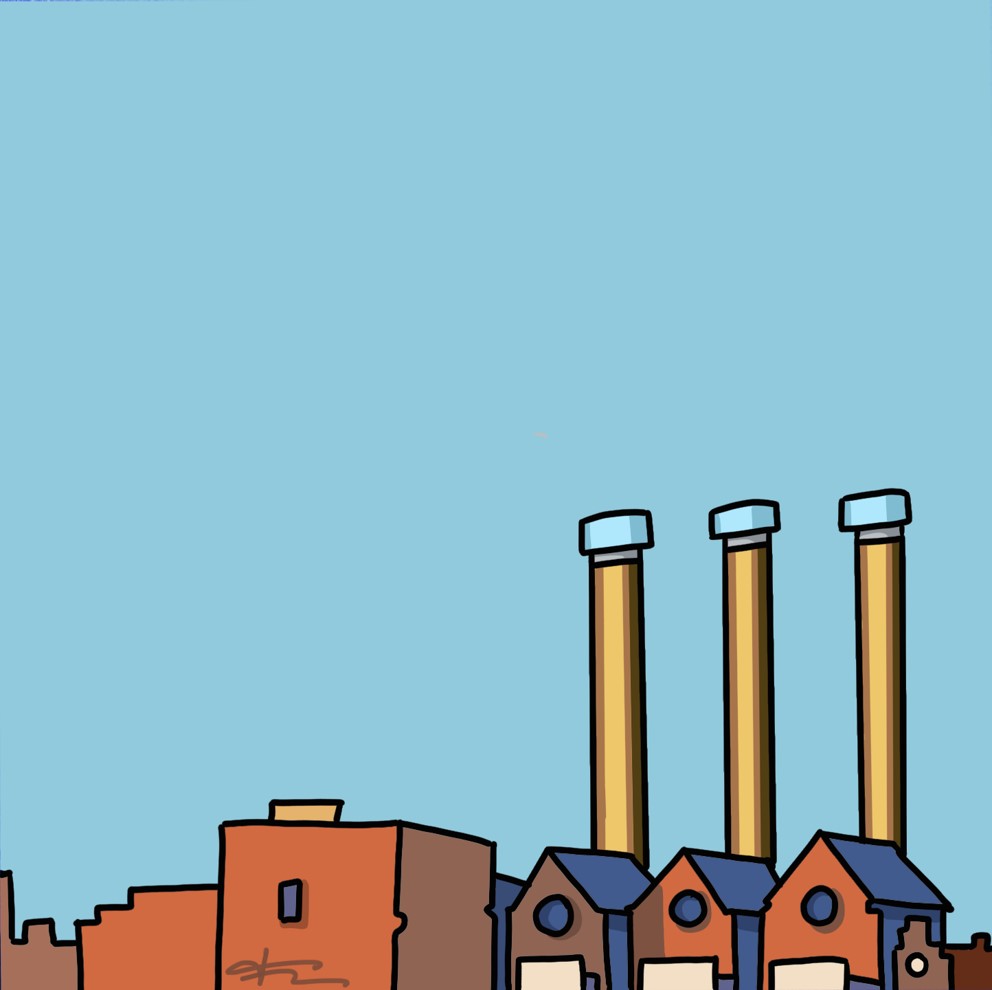 RIM: Are these digital doodles, or do you work by hand?

FL: I have worked with pen and paper all my life and a few years ago I started using an iPad to create digital drawings and paintings.  Rhodeside Attractions started out as digital doodles and are all digital, from the initial ‘pencil’ sketch to the finished product. 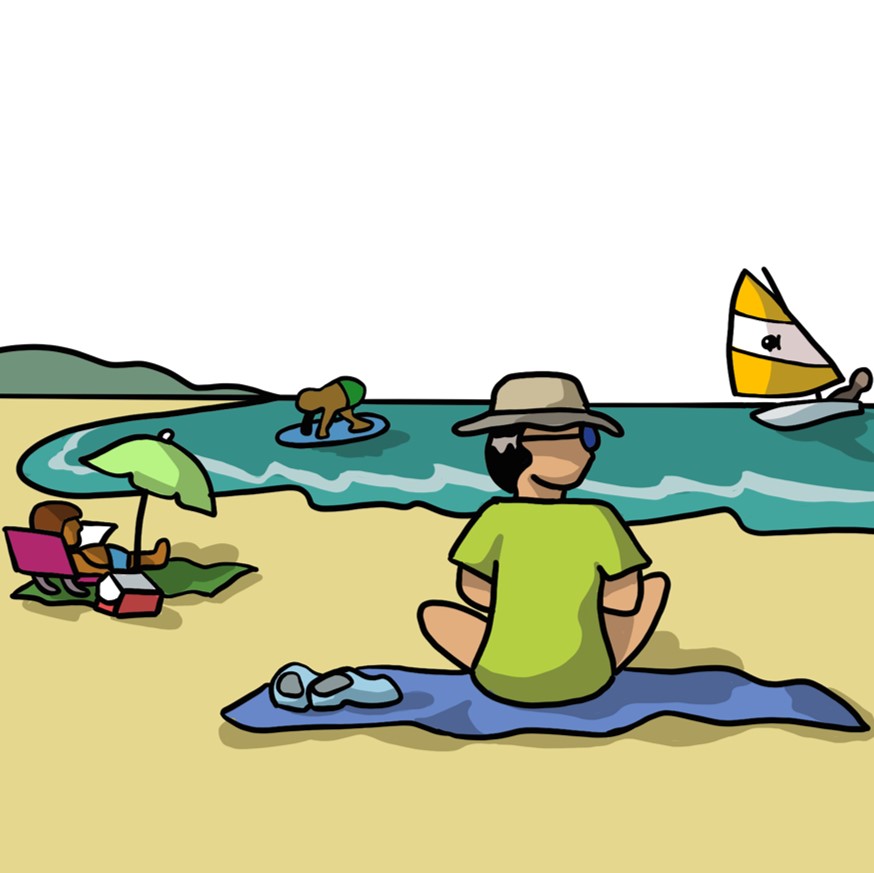 RIM: Why did you choose these specific Rhode Island images?

FL: Rhodeside Attractions was born out of doodles I started when I was bored at the beach. (I’m not really a beach guy.) The “At the beach” image from one of the notecards is a cleaner version of these original doodles. I thought about summer in Rhode Island, then added images that were more specifically RI – Del’s Lemonade, Dari Bee ice cream, the East Bay Bike Path – and it went from there. And because Rhode Island has so many iconic sights, I started to look for things people would instantly recognize like the Big Blue Bug, Hope Diner in Bristol, the wind turbines on the Providence River, the Newport bridge, the Narragansett Electric smokestacks, and the Narragansett Towers. I created the ballpark illustration for my colleagues after we attended a PawSox game at McCoy Stadium, where we were guests of the team and gave on-air interviews. I thought it would be a nice memento from before the team became the WooSox (in true RI fashion – like where the Almacs or Ann and Hope used to be). Conversely, I thought that the new Providence River pedestrian bridge would be cool to draw, as a new icon. 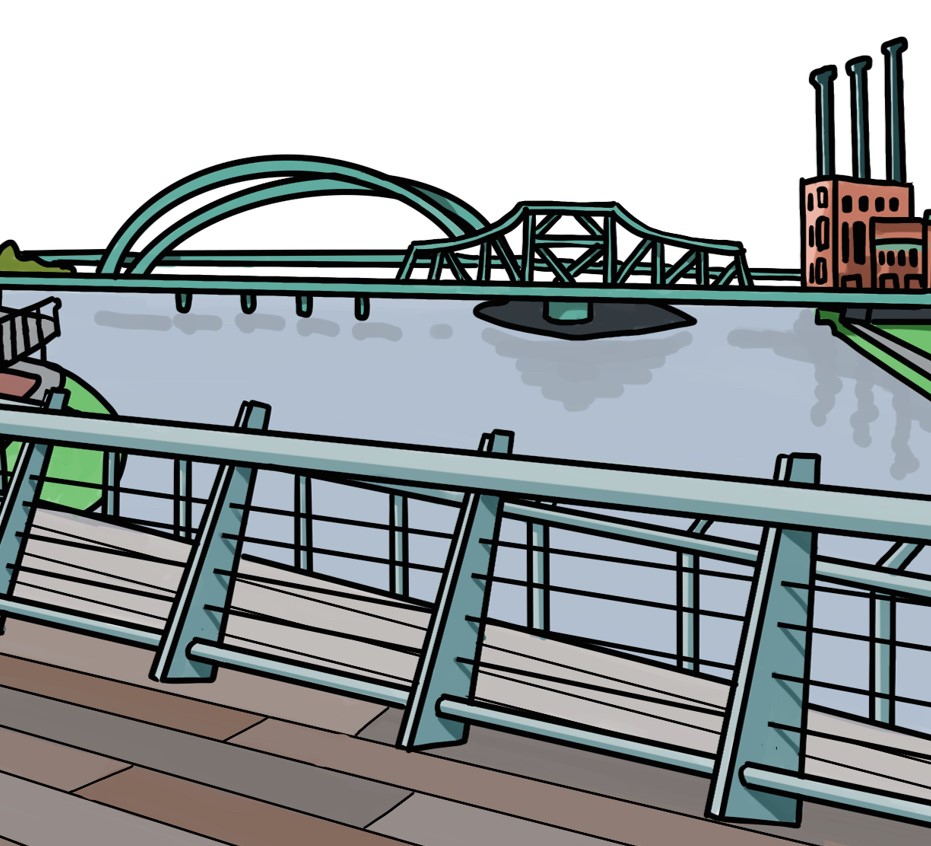 RIM: Which design is your favorite?

FL: That’s hard to say. I really like the way the Benefit Street one came out; I think that the two lampposts, the tree, the front steps and the two columns nicely show the old-fashioned elegance of the street. In that design, I tried to use uniform colors with minimal lines and details, while keeping the overall feel of the scene. I’m also proud of the Children’s Museum one because it is simple yet obvious. The Narragansett Electric smokestacks one is the simplest – and the colors are perfect. I took that picture at sunset, and the orange glow was spectacular. 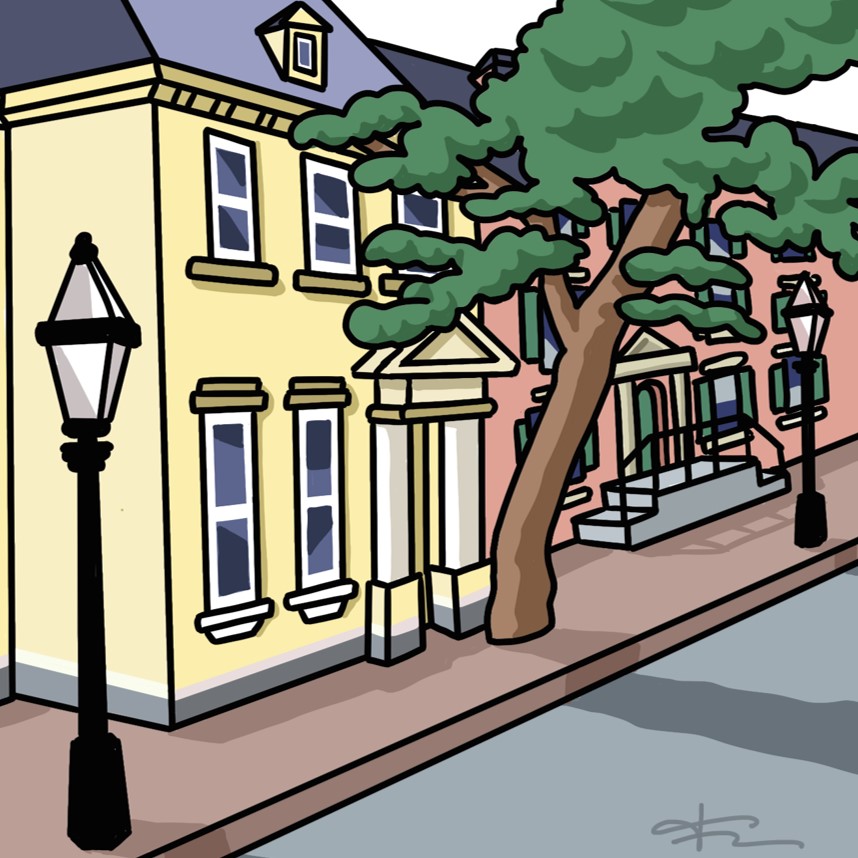 RIM: Could you tell us about the charitable component?

FL: I have been with Hasbro Children’s Hospital for twenty-seven years and have always proudly promoted the great work happening here. I have been even more involved with the hospital’s development efforts since becoming pediatric surgeon-in-chief. I decided to print the Rhodeside Attractions on notecards and make them available for purchase, with 100 percent of the proceeds going to Hasbro Children’s Hospital. I pictured selling them in the hospital gift shop and they are available there now and online at rhodeside.art. 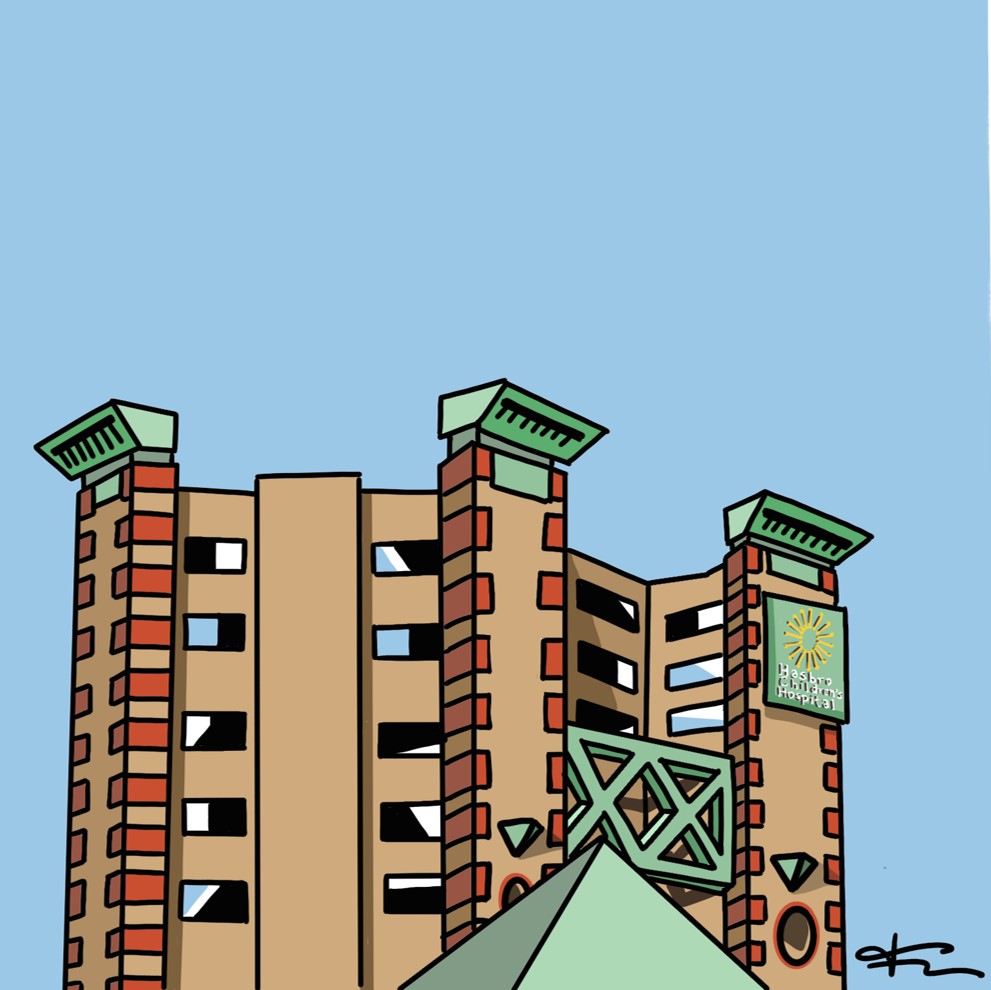 RIM: You also are known for your medical illustrations. Could you share how art and medicine intersect in your life and at Hasbro?

FL: I started teaching medical illustration ten years ago – first just to medical students and now to undergrad students as well. Many of my colleagues like to practice and show off their own skills. All physicians draw and it’s fun to try to get better at it. Drawing is a great communication tool for physicians because a picture is worth a thousand words of medical jargon.