Frank Schiavone of Francesco’s Pizzeria, located in the old Pizza Gourmet building on the East Side of Providence, uses a fourth-generation recipe for his pizzas. 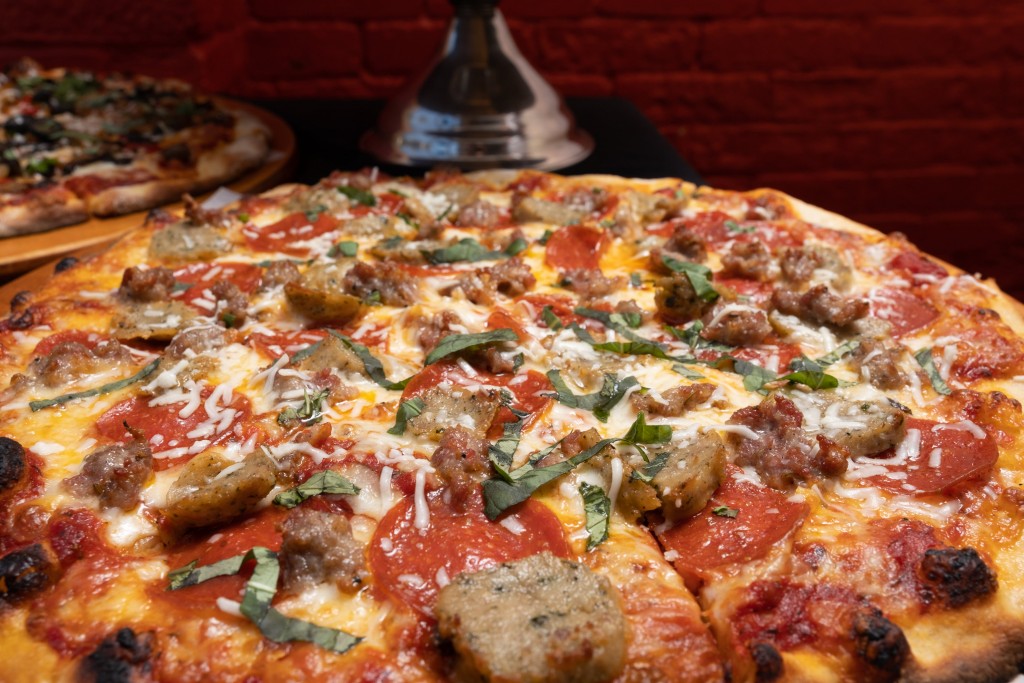 Editor’s Note: Francesco’s Pizzeria has been dubbed “Most Delicious, “Most Creative” and “Most Instagrammable” by Rhode Islanders during the first ever Providence Pizza Week.

Frank Schiavone started in the food business in the back of the now closed Florentine Grille in the Johnston / North Providence area washing dishes at thirteen years old. His mother, Eloina, was a bartender in the same restaurant, so having this arrangement allowed her to watch him without leaving work. Now, roles have reversed – she works with Frank at his pizzeria, Francesco’s Pizzeria, making homemade meatballs and helping with orders.

“It’s like she’s still my babysitter,” Schiavone says, “it’s also comical because you get to see the family disagreements, and the staff loves that.”

Every restaurant that staffed Schiavone, including Iannuccilli Restaurant in Cranston and Ruth’s Chris Steak House (now Capital Grille) in Providence, taught him a thing or two about kitchen prep, cooking meals and eventually the back end tasks of the restaurant in terms of sales and profit margins. Once Ruth’s Chris Steak House closed after he had worked there for six years, he moved on to become general manager at Fred and Steve’s Steakhouse at Twin River.

Schiavone had been working at the steakhouse for about six years when the pandemic hit, which gave him plenty of time to reflect on the next steps for the future. Putting his real estate license to use was one of those steps. “I always have my eyes peeled,” he says. “I will drive around and just look for a beat down house or business opportunity.”

His interest in real estate development led him to discover that the Pizza Gourmet building in Providence was for lease, and that’s when he was struck by the idea of merging his restaurant and real estate knowledge together. Francesco’s Pizzeria opened in October of 2020, a time when many people thought it was risky to open up a restaurant.

“A lot of the misconception is that [since] takeout did so well during the pandemic, that’s all you could do,” says Schiavone, “but people that were ordering takeout were also ordering from places they knew of, so those places were already embedded.” Not many knew about the closing of the Pizza Gourmet, so it was Schiavone’s goal to spread the word about his pizzeria’s opening.

Teaming up with digital advertisers like Buns and Bites, Rhody Foody and RI Food Fights helped with social media coverage, and the pizzeria made headlines for offering free pizza slices to those who showed proof of vaccination. The support of Brown University students also keeps the staff busy during their lunch hours. 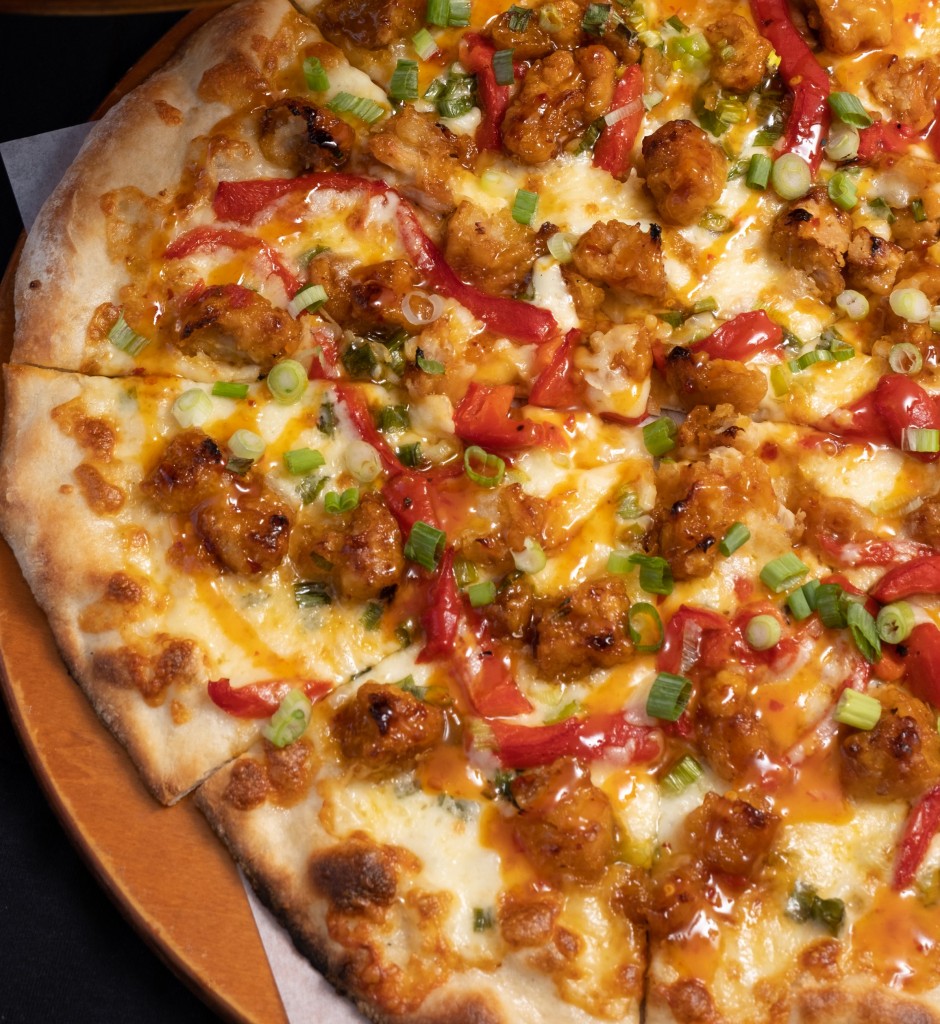 “Something we pride ourselves in is loading our pizza with ingredients,” Schiavone says. A simple buffalo chicken pie is covered with cheese, chicken, tomatoes and scallions. “I’m a firm believer in giving people a bang for their buck.”

The creativity behind the specialty pizzas is based on the belief that you’ll be successful as long as you’re not scared of being different.

“We live in Providence [where] there’s so much competition, so we’re spoiled,” says Schiavone, who says that going beyond just cheese and pepperoni pizzas is a good start. “When something in your brain tells you no, try it out and see if you can change your mind to yes.”

What also makes the location’s pizza unique is the Caputo 00 Flour used to make the dough, which he calls the Lamborghini of flour. It helps refine the old pizza recipe of his great, great, great uncle from his mother’s side, and now it’s been given a storefront to share with others besides family.

According to Schiavone, “When you pick up our pizza it’s as straight as a board and thin. With all those toppings, you’d expect it to flop, but you get a nice fluffy edge and a nice crunch to it.”

Besides having his first baby with his wife Stephanie, this storefront was one of the only good things to come out of 2020 for him. When Schiavone found out the Pizza Gourmet building was for lease, he wasn’t looking to move on to something new, but the words “be your own boss” had a nice ring to it.

Schiavone jokes that his newborn will help out in the future, perhaps as a dishwasher, in the pizzeria that represents coming full circle, quality pizza that goes back generations, and an abundance of toppings.

Cheer Up Santa With Boozy Milk and Cookies by Rhody Purveyors