12 Ways to Celebrate the 4th of July in Rhode Island

We made all your holiday plans for you, right here. 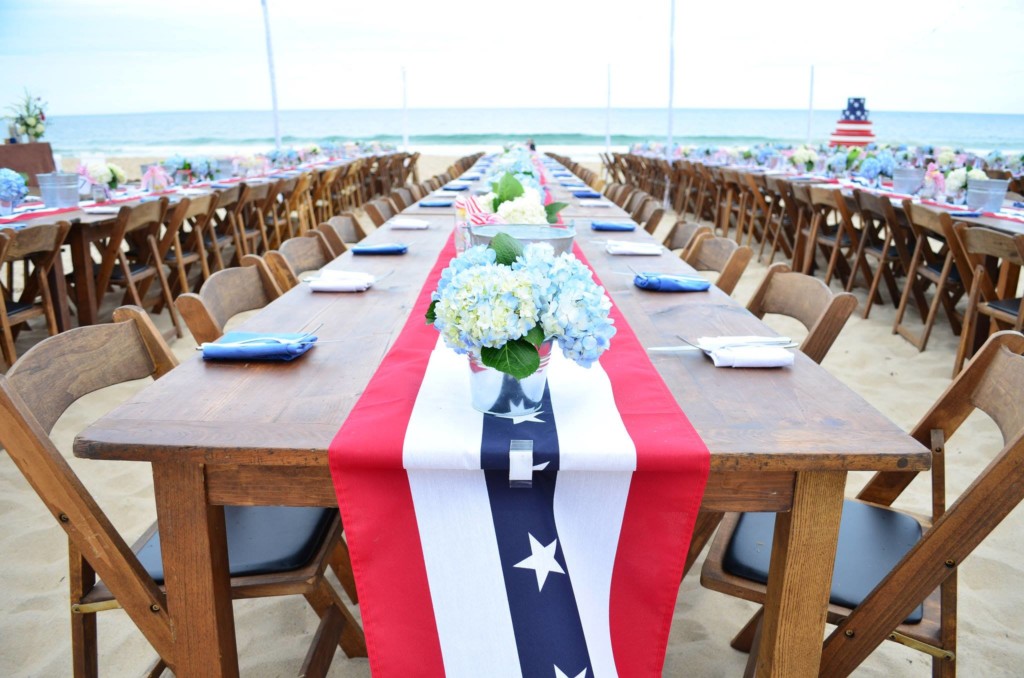 Get a jump on your Fourth of July festivities with Block Island’s beautiful fireworks display on July 3 right on Frederick Benson Town Beach! Bring chairs, blankets, the kids, the glow sticks and the whole nine-yards– it will be fun for the whole family. Live music starts at about 7:30 p.m., followed by fireworks starting around 9 p.m. July 3. Town Beach Pavilion, 25 Corn Neck Rd., Block Island, 800-383-2474, blockislandinfo.com.

The oldest Fourth of July celebration in the United States, Bristol is hosting fireworks over Bristol Harbor on July 3 at 9:30 p.m. The best places to view these fireworks are on Thames Street, Independence Park, the roof deck bar at Thames Waterside Bar and Grill and the Beach House. Come by Independence Park beforehand, starting at 7:45 p.m., to listen to live music before the fireworks, and return for the parade the following day, which kicks off at 10:30 a.m.! There are other events happening, including a daily concert series. Find a schedule for all the events here.  July 3 and 4. Bristol Harbor, Bristol, fourthofjulybristolri.com.

Mayor Jorge O. Elorza, the City of Providence Department of Art, Culture and Tourism and the Providence Tourism Council are hosting the city’s annual Independence Day Celebration at India Point Park July 4. The event begins at 7 p.m. with featured performers, the American Band and Briana White, followed by fireworks. In addition, food will be available for purchase from local food vendors. This event is free and open to the public. July 4, India Point Park, 201 India St., Providence, 401-680-7201, artculturetourism.com.

All aboard the battleship USS Massachusetts! The city of Fall River is ringing in Independence Day with a fireworks display visible from the decks of this famous battleship on July 4. Gates open at 7:30 p.m. Tickets are $10 per person and they are available at the Battleship Cove’s Museum Gift Shop. No bags or coolers are allowed and expect to go through a security checkpoint. Smoking anywhere on the property is prohibited. July 4. Battleship Cove, 5 Water St., Fall River, Massachusetts, 508-678-1100, battleshipcove.org.

6. Independence Day Family Carnival and Clambake at the Weekapaug Inn

Round up your friends and family for a spirited patriotic soirée complete with an impressive selection of clambake fare, which includes lobsters, traditional summertime sides, irresistible barbecue classics and fresh seafood. In addition, refreshing beverages and s’mores will be provided as you sit under the stars and listen to live music or enjoy carnival games. Prices are $125 per adult, $65 per child ages four to twelve and children three years and younger are complimentary. The event takes place from 6:30–10 p.m. July 4. Weekapaug Inn, 25 Spray Rock Rd., Westerly, 888-565-5023, oceanhouseevents.com.

The town of Narragansett is hosting a beach party on Independence Day. Festivities will include a day of family fun followed by a performance by Brass Force from 5–7 p.m. Fireworks will begin at dusk. July 4. Narragansett Town Beach, 39 Boston Neck Rd., Narragansett, 401-789-1044, narragansettri.gov.

Kick off Independence Day and the Newport Music Festival July 4 at King Park in Newport with a free concert featuring the Alliance Brass, followed by fireworks along Newport Harbor. Preceding the concert will be the national anthem and tunes honoring the U.S. Military. The Alliance Brass will also perform “America, the Beautiful,”  “Saints Go Marching In” and “Stars and Stripes Forever,” among other fun show tunes including selections from “West Side Story.”  It’s a perfect way to spend time in beautiful, historic Newport while taking pride in your country. July 4. Free admission. King Park, 125 Wellington Ave., Newport, 401-849-0700, newportmusic.org.

Open to current students, alums and the general public, Bryant University is hosting a full-blown fireworks show with live music and concessions on July 5 at 9 p.m. The campus will be open to the public at 6 p.m. with the U.S. Navy Band starting at 8 p.m. The committee asks that you do not bring personal fireworks, drones, pets, grills or alcoholic beverages to the event. July 5. Bryant University, Bulldog Stadium, 1150 Douglas Ave. Turnpike, Smithfield, 401-232-6000, events.bryant.edu.

Celebrate the birth of the nation in style at Ocean House’s ninth annual Independence Day Beach Ball, featuring buffet-style menu, live music and dancing with the Atlantic Ocean as the backdrop. Take part in a traditional New England Lobster Boil which offers the best of fresh summertime seafood, plus delicious barbecue fare. A specialty cocktail bar will be pouring the signature Ocean House Lemonade while live music keeps guests moving and grooving into the night. The evening’s grand finale is a colorful fireworks displaying over the water. The event runs from 7-10 p.m. and tickets cost $65-$165 dependent on age. Children under four are free. July 5. Ocean House, Ocean House Beach and Dune Cottage, 1 Bluff Ave., Westerly, 401-584-7000, oceanhouseri.com.

The celebrations for the Fourth of July may be over, but not for Seekonk Speedway! There is a Thrill Show at Seekonk Speedway where you can enjoy drag racing, car and truck enduros and powderpuff and crazy-eight races. Gates open at 2:30 p.m. and the show starts at 5 p.m. with fireworks to follow. The event ends at approximately 10 p.m. Admission is $25 for adults, $12 each for children (ages six to twelve years old) and admission for children ages five years and younger is free. July 6. 1782 Fall River Ave., Seekonk, Massachusetts, 508-336-9959, seekonkspeedway.com.