It may have taken three years, but the East Side of Providence will soon have a contemporary, full-service Mexican restaurant from the same owners of El Rancho Grande. 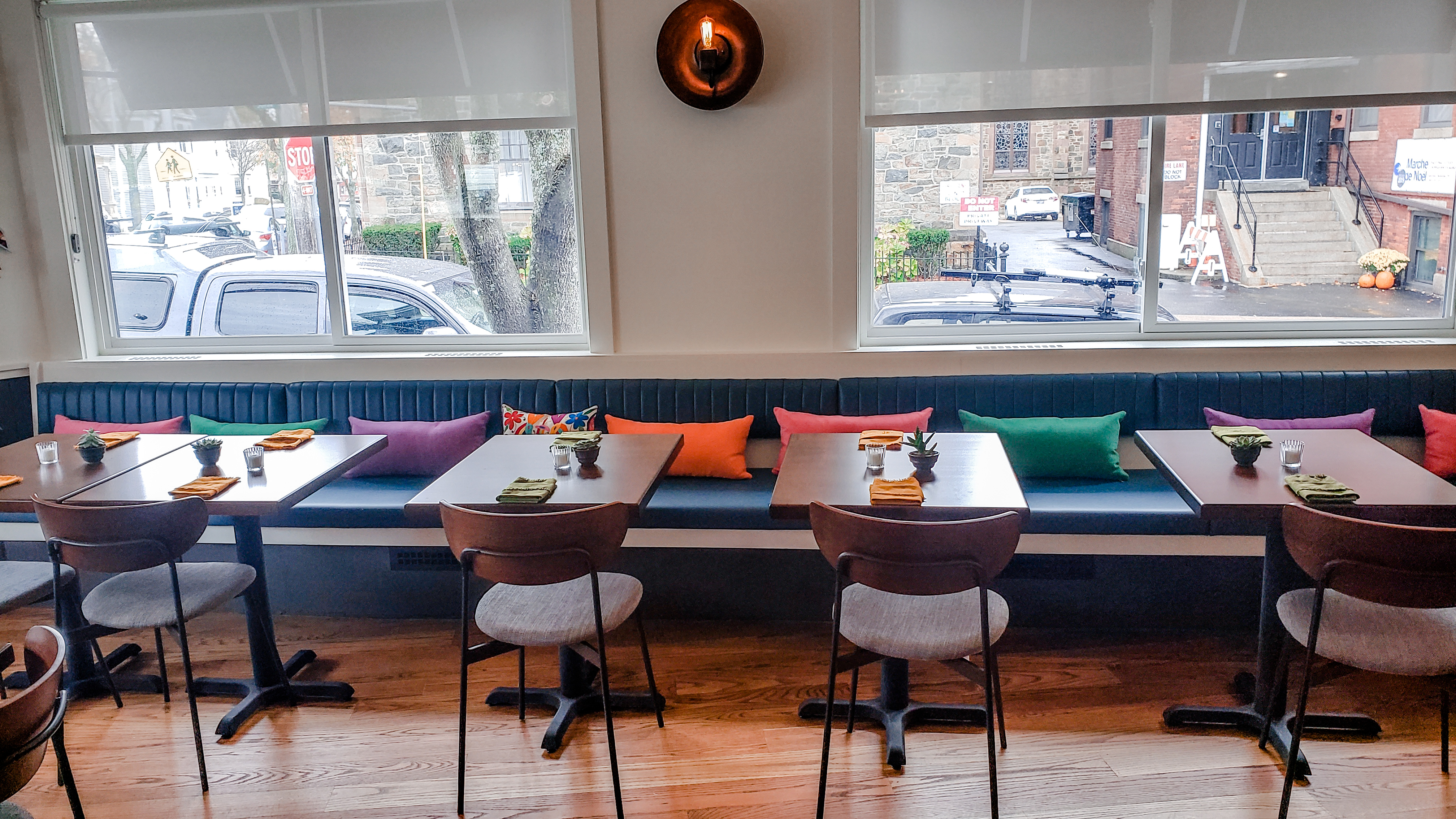 Dolores is the restaurant the Meza family wanted to open twelve years ago. The owners of El Rancho Grande in Providence are about to launch their second eatery on the East Side on Hope Street across the street from Persimmon. Now that ingredients like maize, Mexican peppers, herbs and seeds are more accessible from Mexico into the United States, chef Maria Meza’s cooking can more closely resemble what the family grew up eating in the southern Puebla and Oaxacan regions, where they are from.

El Rancho Grande has been open for twelve years. Back of the house manager, Joaquin Meza, the oldest son of the family, says that Rancho is a slightly Americanized version of a Mexican restaurant, while Dolores masters contemporary Mexican cuisine. He’s working with his wife, Kim Gilo, who will run the front of house, while Joaquin’s mother, Maria, will do the cooking. The menu lineup includes handmade tortillas, six different housemade salsas, multiple types of moles, ceviches and hearty stews, because real Mexican food is way more than just tacos. “We grew up in the southern Puebla and Oaxacan regions (Mixteca), and we ate differently. The idea was that we need to showcase that,” says Joaquin. “We didn’t know if people were ready, we weren’t ready…but the more I traveled back to Mexico, the more I thought about cooking more contemporary food, the things we grew up eating, because we missed it.”

Dolores has overcome many hurdles since the building where it is located was purchased in 2016. The Meza family is working with investors who bought the space and helped renovate and design the restaurant that has a kitchen upstairs and another prep kitchen in the basement. They now have the necessary space to make everything from scratch. It took nearly sixteen months to obtain the liquor license, as its previous occupant, Guido’s, was BYOB. Because Dolores is located fewer than 100 feet from both a church and a school, the owners had to appeal to the General Assembly to be granted the liquor license. The restaurant across the street, Persimmon, was grandfathered in for its liquor license, because its previous inhabitant, Rue de L’Espoir, was established before the law went into effect.

The Mezas had previously brought over a chef from Oaxaca to cook for Dolores, but because the process took so long, he returned to Mexico. The family used this opportunity to rethink the menu and focus on the family matriarch, Maria Meza, who will showcase different types of her famous moles, not just the mole poblano that she’s renowned for. “Oaxaca has nine moles,” Maria says. “Mole negro is very different from mole poblano because it has chestnuts and peanuts, but no chocolate and different peppers. We are going to start making it now, and I am not sure if we’ll finish today or tomorrow.” 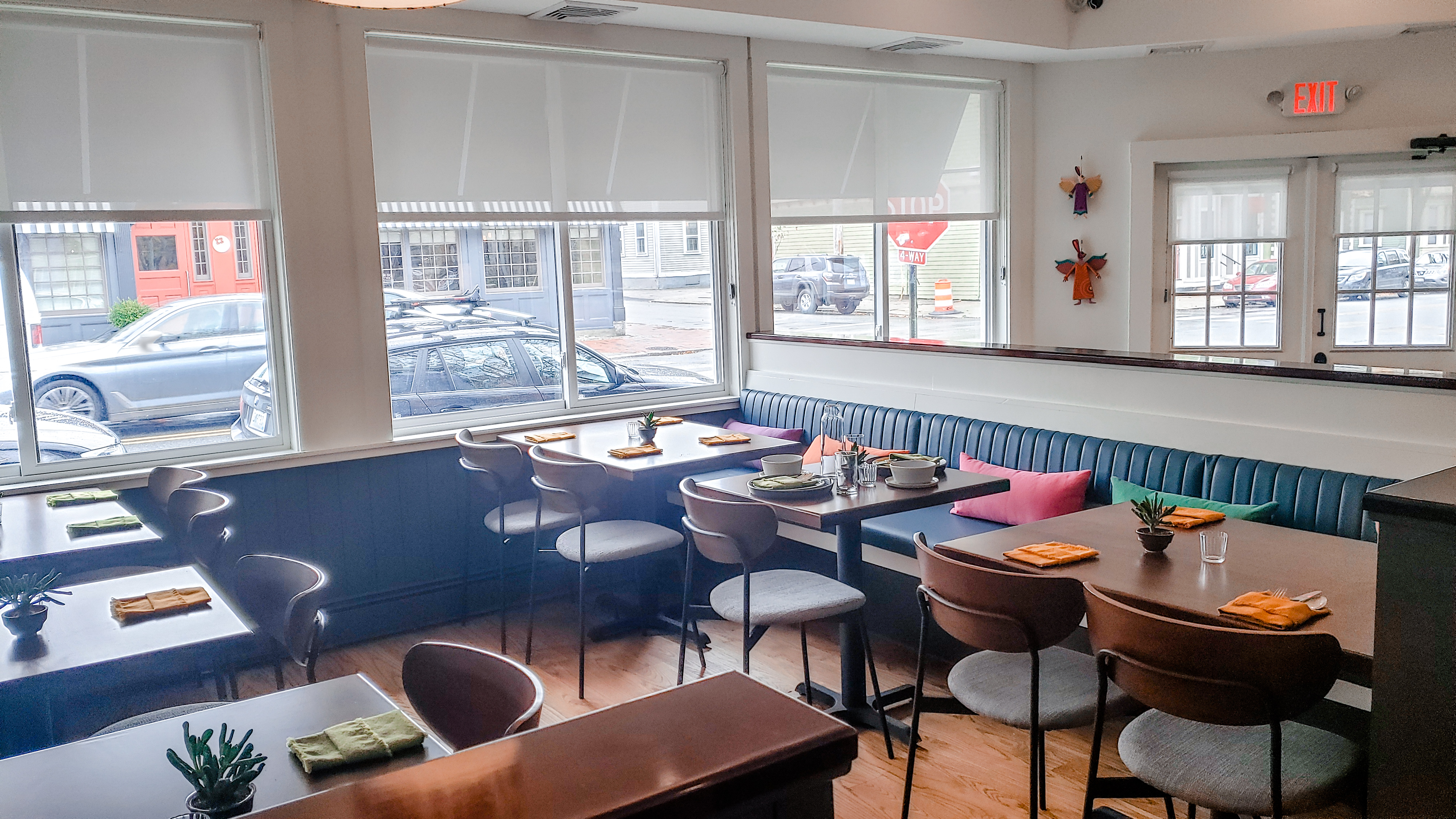 The dining room at Dolores.

At El Rancho Grande, they make 100 pounds of mole paste every two weeks. It’s a process that takes days to prep nearly two dozen ingredients, including de-stemming peppers and grinding nuts, peppers and other spices into the paste.

Now that all the pieces have finally fallen into place for opening Dolores, the Meza family has connected with a company out of Texas that can fly ingredients from Mexico overnight by air cargo. They’ve ordered a special wood-fired grill for grilling seafood and meats and roasting ingredients, as well as a corn grinder imported from Mexico, which now enables them to grind maize for masa for the fresh tortillas.

“The molino [corn mill] is what you need to make your moles, process your corn for tortillas, make your masa, turn cacao beans into Mexican hot chocolate,” Joaquin says. “It’s a quintessential part of Mexican cuisine; it’s where everything starts.”

The restaurant is named for Joaquin’s paternal grandmother, who he remembers saying goodbye to when they left Mexico in 1992, when Joaquin was just eleven years old. His mother Maria has always been the star of El Rancho Grande, while her husband, also Joaquin Meza, is the unsung hero behind the business. Dolores is a testament to his mother. “She was the only grandmother I knew,” says Joaquin, the son. “When I went back to Mexico four years ago on a mezcal trip, we walked into this kitchen on the countryside and a lady handed me a tortilla sprinkled with salt, which tasted like my grandmother’s. That was life-changing for me, because it brought me back to my grandmother.” Those are the kinds of tortillas Dolores hopes to serve.

The look and feel of the restaurant is contemporary Mexican. White walls showcase elaborate Mexican art including Alebrijes, which are the brightly colored Mexican folk art sculptures of magical creatures carved by a small Mexican community of artists on which the Disney movie Coco was based. The embroidered otomi fabric on the lampshades was created by an artist in Puebla, and then Pernilla Frazier, co-owner of Kreatelier, sewed the fabric into lampshades. Colorful lighting fixtures, sconces, plates and serving platters were handcrafted by Hwang Bishop Designs of Warren.

Most of the art was brought over directly from Mexico by the Meza family, while some was outsourced by family in Puebla. Joaquin also worked with a friend, Omar Alonso, who runs the Instagram account @Oaxacking to track down more Mexican art. “It’s not just colors that look pretty, the symbols in the carvings mean something,” Joaquin says. “I always liked the artwork, so I wanted to showcase that instead of putting sombreros and clay pots that people are used to. Mexicans don’t hang that in their homes. I want to represent my culture as I see it.” 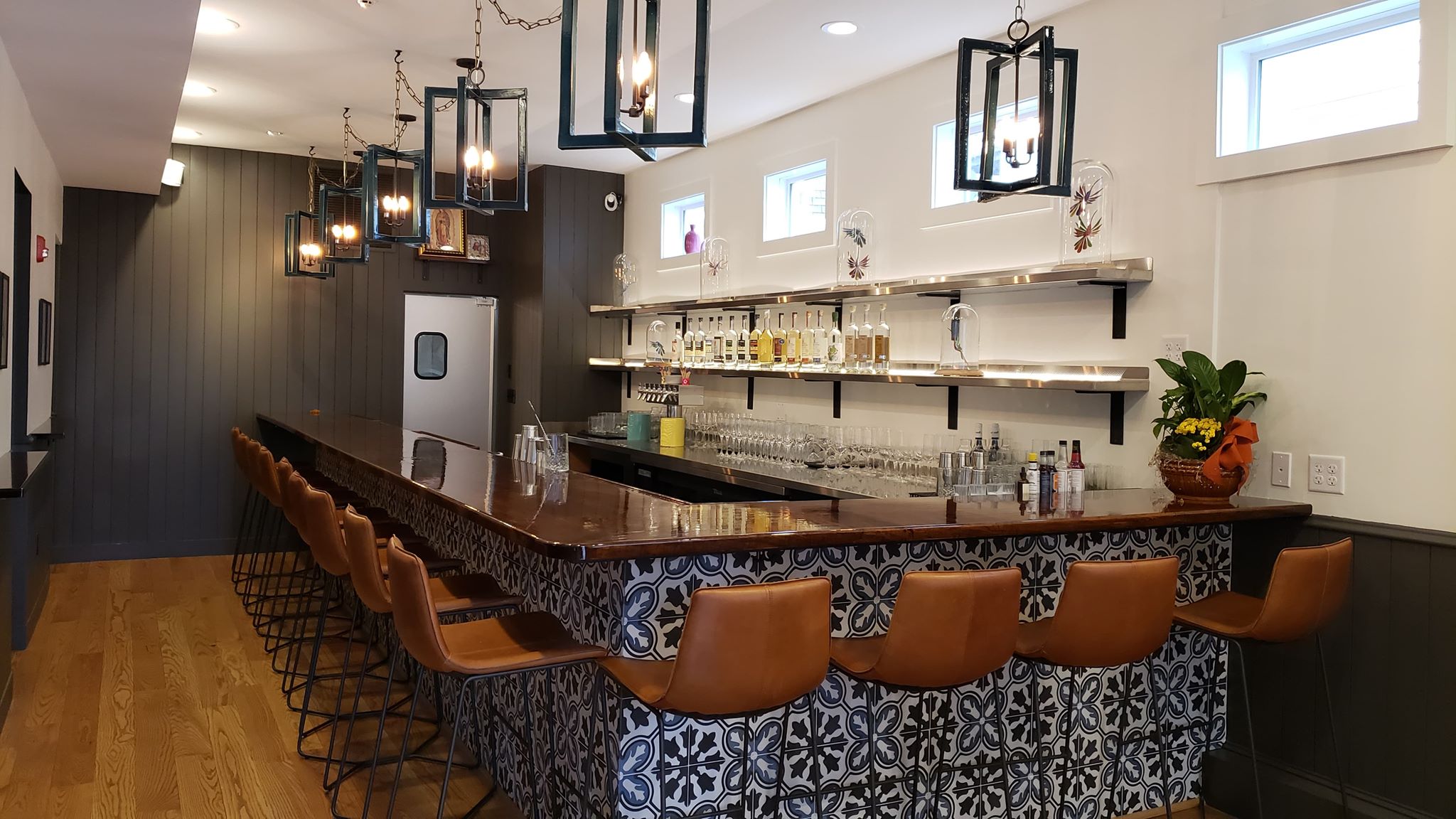 The bar at Dolores.

Even the cocktail program follows tradition and sustainability. Joaquin’s brother, Marco Meza, will lead the bar program along with Leishla Maldonado, formerly of Courtland Club and the Eddy, and Horus Alvarez, also of the Eddy and Durk’s Bar-B-Q. They are focusing on boutique tequila and mezcal distilleries that are involved with the Bat-Friendly Tequila and Mezcal Project and the Tequila Interchange Project, which work to protect the bats and their ecosystems. Bats pollinate the blue agave plants that produce tequila and mezcal; without them, there is no tequila or mezcal. “The bats are pollinators and the populations are being decimated for the lack of food,” Joaquin says. “Their ecosystem was completely destroyed.”

As the restaurant readies to open to the public, they will be accepting reservations only for parties of six guests or more. Tables are first-come, first-serve. They’ve also made a conscious decision to include many thoughtful, vegetarian-friendly dishes. It’s a place where Maria Meza can expand her skills and offer more contemporary Mexican food that’s realistic to her roots.

“She’s been an inspiration to a lot of cooks in the industry. She doesn’t realize what she’s accomplished here,” Joaquin says. “A lot of people look up to her.”

Where to Find Global Cheap Eats in Rhode Island