There’s a house on Central Street in Central Falls that is awash in color. Bright Mexican papel picado swing low across the back porch windows, while the works of local artist Tamara Diaz hang on the walls. Marta V. Martínez sits at a table in the center of it all. She dons an oversized jean jacket, and her Amelie-like haircut frames her cheekbones. She is the founder and director of Rhode Island Latino Arts, a nonprofit organization that promotes Latino artists and gives them a space to show and perform their work, and she is the person who brought the house — the organization’s new gallery and event space — to life. 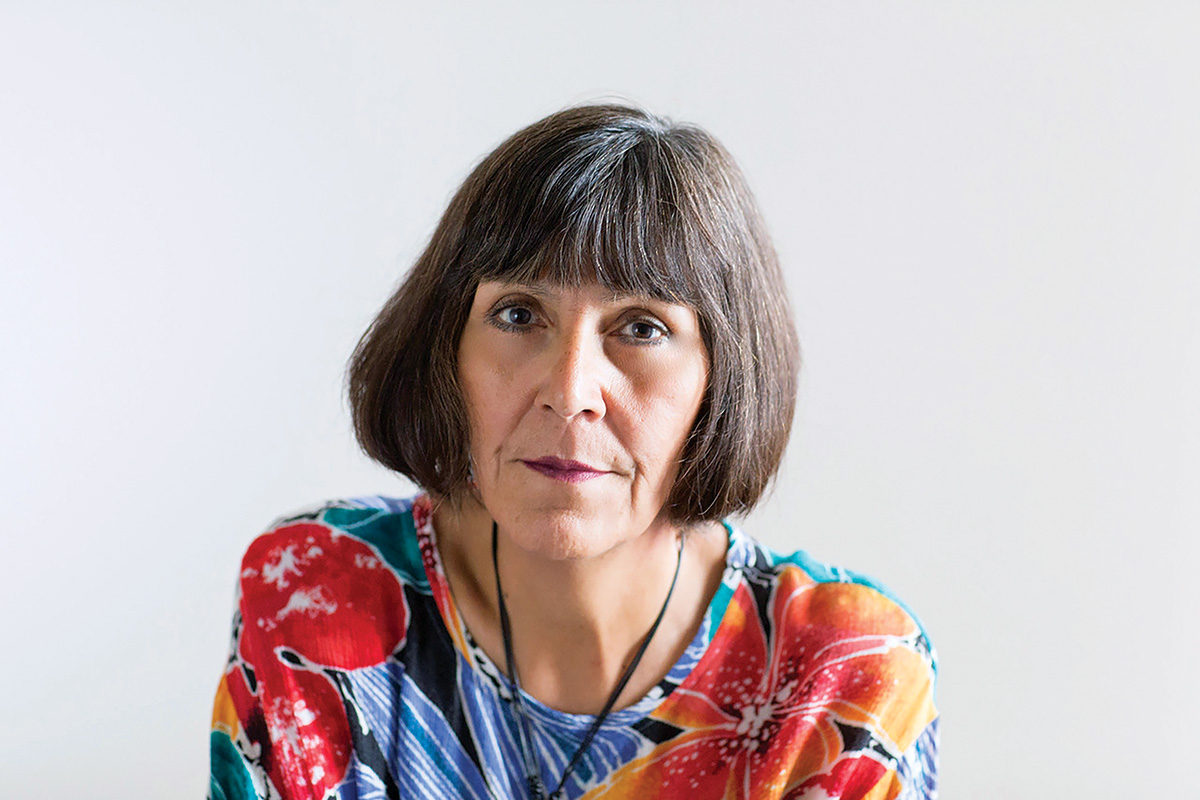 Martínez has been raising awareness about the local Latino art community for more than thirty years. Her roots are in Mexico, where she was born, and El Paso, Texas, where she grew up amongst a family of artists. “I was surrounded by the arts; my mom and three of my four sisters are artists,” she says. After graduating high school in Texas, she yearned to see more of the world, and came to Rhode Island to attend Providence College. “I was the first in my family to pursue a higher education, and it wasn’t easy,” she says. “When I was at PC, I felt pretty isolated. I was the only Latina on campus.”

It wasn’t until after college, when she was working at Channel 12, that she discovered other Latinos. “One day, they were filming a Spanish language show, so I knew at that point ‘oh there’s gotta be some Latinos out there somewhere!’ ” she says. “That was my first exposure, and after a stint in D.C., after I came back to Rhode Island, I knew I wanted to explore that community.”

She applied for a position as director of a nonprofit Hispanic organization and got to work. “As the director of this organization I needed to learn who the Latinos were,” she says. To get to know her community, Martínez would close down early on Fridays and walk up Broad Street. She found people yearning to speak Spanish, taste the food from home and participate in traditional dances, crafts and more. “ I found that the main things you miss about your culture are the things that the general population considers art, but to us Latinos, it’s our culture, our way of life,” she says. “So that’s when I decided to do something about it.”

Martínez obtained a small grant from the Rhode Island State Council for the Arts and started the Hispanic Heritage Committee in 1988, which ran the Rhode Island chapter of Hispanic Heritage Week, now a month-long celebration in September. “I figured we needed to find a time to put the spotlight on us,” she says. But as the years went by, she realized that Latinos and Latino artists needed exposure far beyond the celebration in September.

This prompted Martínez to create the Rhode Island Latino Arts organization in 2013 to showcase and promote Latino artists who might otherwise not have a venue to practice their artform, whether it’s Dominican drum master Jesús Andujar, paintings by artists like Diaz or the dance instructors of LATINX. She wanted a place where Latinos and Latino artists could come any time of year to revel in their culture.