From the owner of Plant City comes a hidden speakeasy that's helping revolutionize the food world. 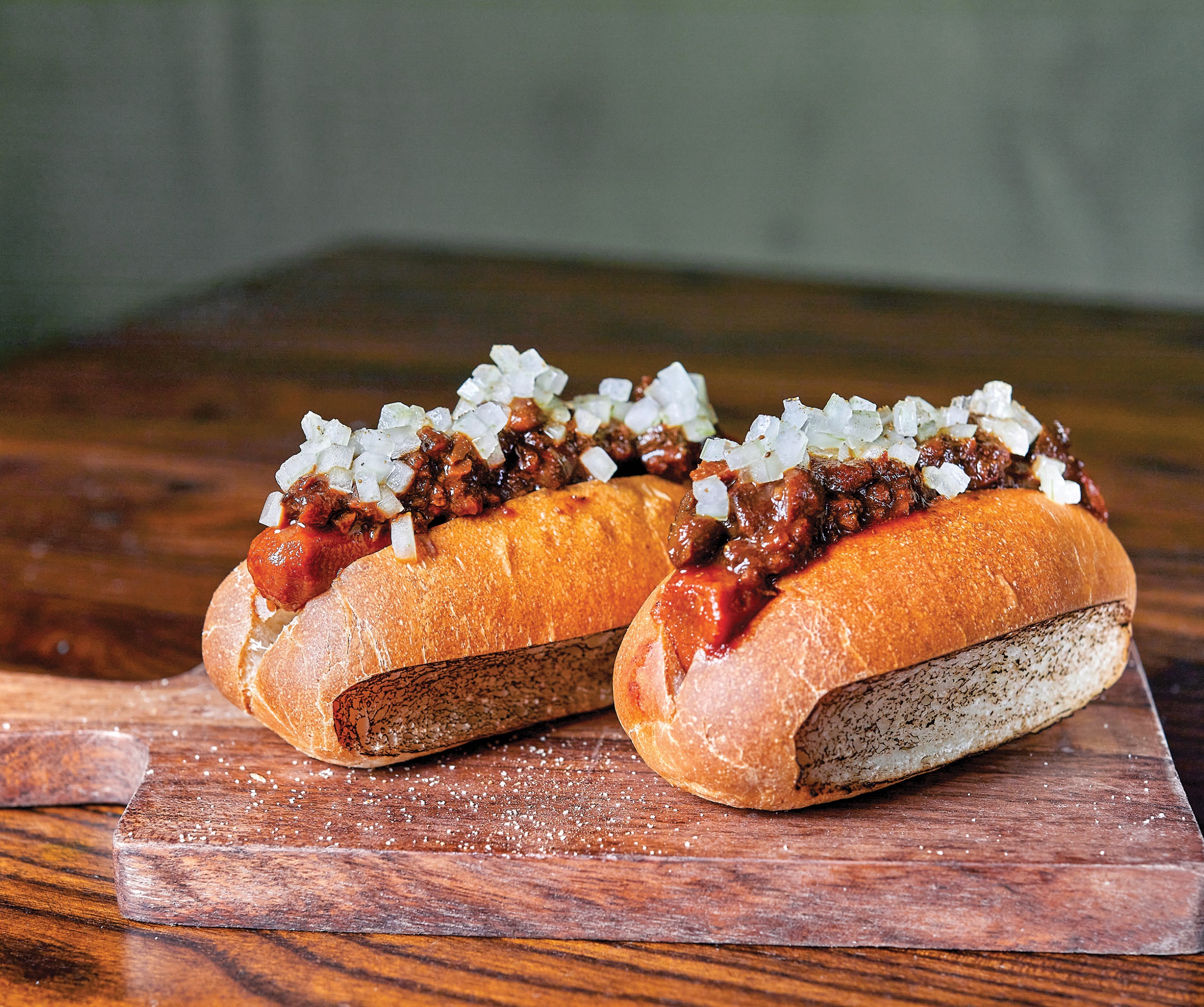 Walking into Plant City is crossing a threshold into the world of Kim Anderson, the restaurant’s most ardent supporter. She’s often on the premises in her quest to change the world, one plant-based meal at a time — and in the three years since the vegan mecca has opened, she hasn’t lost pace in her fervent desire to overturn the status quo. There’s an exuberant rebellion in every corner of the restaurant, each dish and decision a step toward revolutionizing the food world. Which makes Plant City’s sister station, 345, all the more remarkable.

Across the parking lot, 345 sits shrouded in almost total darkness. It’s a 100-percent plant-based speakeasy-style bar that holds just under forty people in a variety of velvet bar and banquette seats. Shades are drawn down at 5 p.m. and the space is illuminated by several Soho Home chandeliers in jeweled glass. This isn’t a place to consider politics or philosophic stance; it’s a place to forget everything but the drink in front of you. And, in that sense, Anderson has made her biggest stride in convincing the mainstream that plant-eaters are just after a good time. 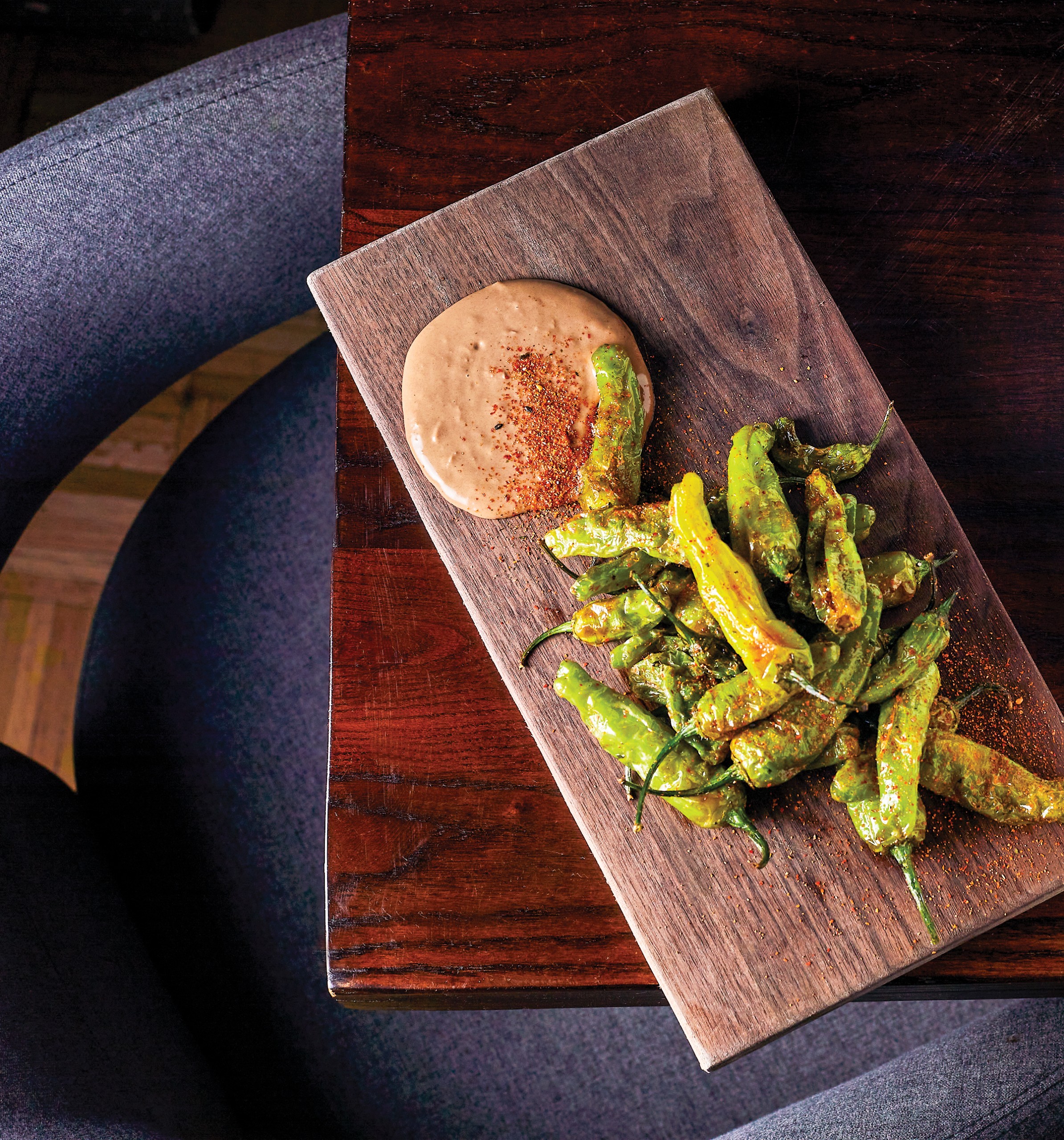 In keeping with its shrouded appearance, the doorway to 345 is covert. Attempt to open one door and you’ll see a “for sale” sign and might turn back. The secret is to enter through the kitchen. (“Yes,” nods a server, lugging produce, “you’re in the right place.”) The seating area is more lounge than dining room, with dark gray walls and Amy Winehouse — or something equally carnal — playing overhead. Mocktails involve a variety of rainbowed fruits, but this is a place to drink hard and nosh heavy. Cocktails are infused with everything from watermelon and yuzu to beet juice and miso, each dramatic enough to lure you into a night of spontaneous excess. In fact, unlike Plant City proper, this menu is designed around drinking, with small plates that allow diners to spend the night without being sedated by a surfeit of food. 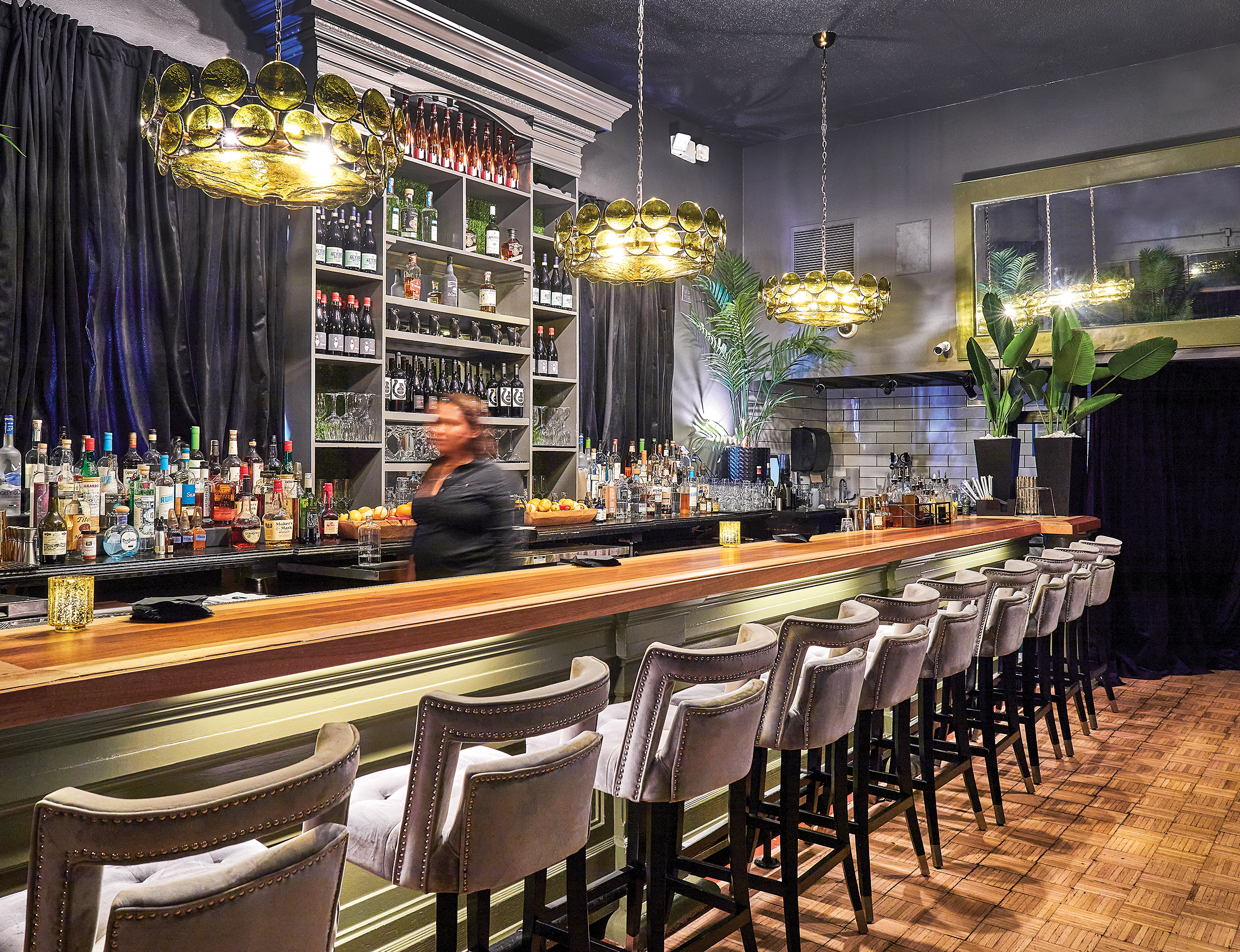 345 has a speakeasy vibe. Photography by Angel Tucker.

The quarterly changing menu also relishes the wonder of agriculture without playing too much into redefining “meat.” Crispy arancini with truffle aioli and mountains of spiced guacamole are appealing to anyone who’s after a good time, as is Nonna’s pizza, which tastes like a puttanesca sitting on a Greek-style crust. 345 has a decidedly sultry affect but there’s a sense of humor in there, too — primarily manifested in the homage to New York System or, in this case, a pair of carrot-dog sliders that are so heady with sharp mustard and chopped onions that, one drink in, everyone becomes a convert.

Dessert is as festive as the house music and though vision might be blurred by the time the fruit-filled eclairs parade out, diners still manage to swallow them nearly whole — all the while, rapturously remarking that buttercream apparently doesn’t need an ounce of dairy to hit the mark. Or you can monopolize a table for even longer by ordering the darkest chocolate, molten fondue. If Anderson is a missionary on weekdays, she’s spending her weekends proving that the American harvest is apparently our best aphrodisiac. 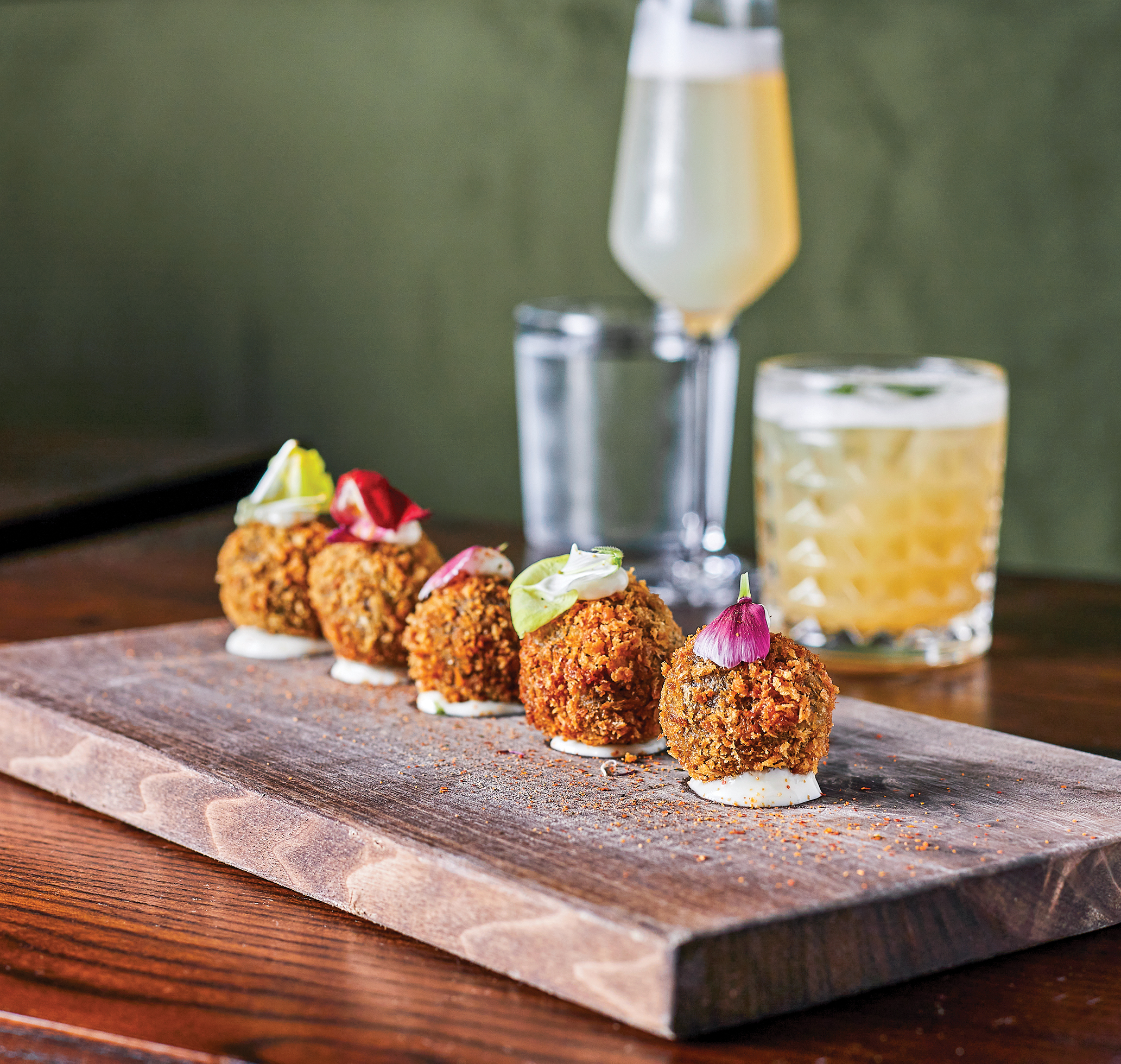 Must Get: Three drinks and everything on the menu.