Guests can enjoy a meal with their favorite celebrity “cut-outs” sitting at nearby tables. 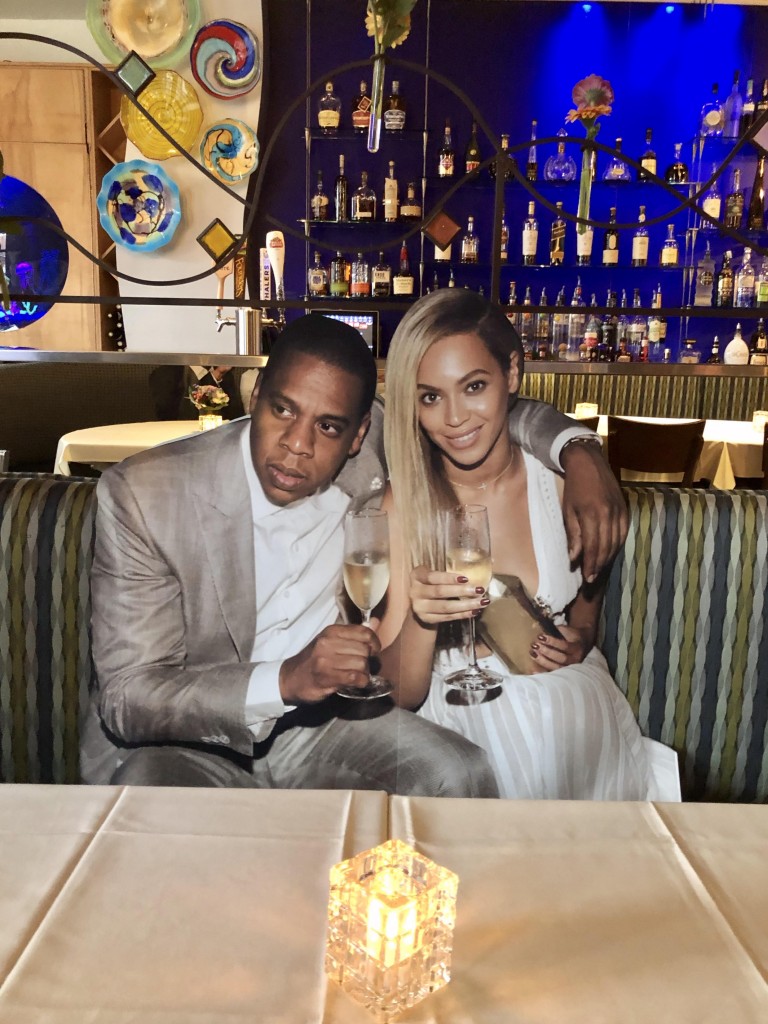 Ten Prime Steak and Sushi knows how to make an entrance for its opening week after being closed for the past few months. The Providence-based restaurant where “East Meets West” welcomed not only local guests, but also some of Hollywood’s hottest couples to dine-in. Life-size cutouts of Beyoncé and Jay-Z were spotted sipping on Bollinger Champagne while Ellen DeGeneres and wife Portia De Rossi and the Obamas feasted on chef Nino’s sushi boats.

Even though the cut-out celebrities weren’t real, they helped fill the restaurant with a brighter, happier atmosphere. With the new dining guidelines requiring restaurants to serve at half capacity, guests enjoyed their company, making the space a little less empty. After almost twenty years, Ten Prime Steak and Sushi, at 55 Pine Street, continues to be a hotspot for the community. Located downtown, Ten serves twenty-eight-day-aged Certified Angus beef steaks, a full sushi menu including nigiri, sashimi and designer rolls along with creative cocktails. 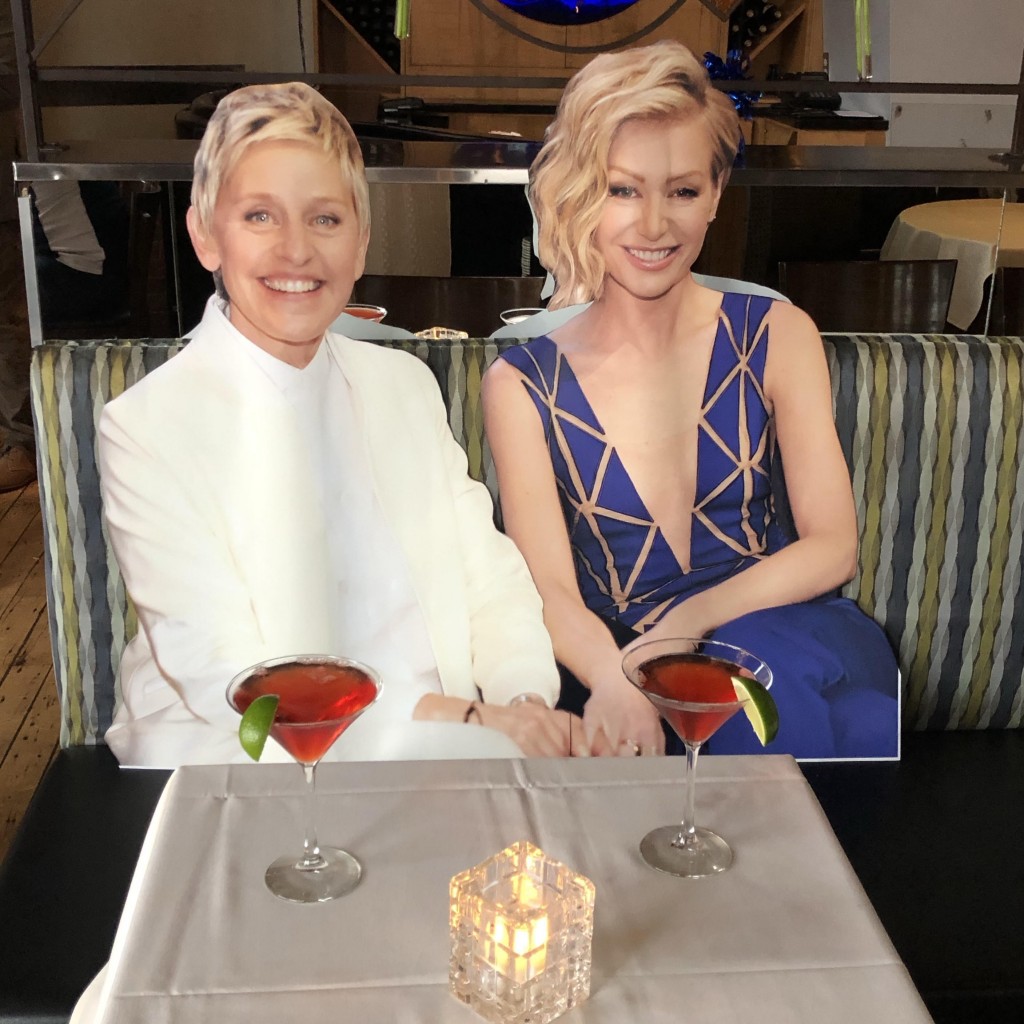 “Ten has always been the place to see and be seen in Providence,” says John Elhkay CEO and maestro of Chow Fun Food Group, which owns and operates several restaurants in Providence, Newport and Lincoln. “We wanted to make sure that the restaurant was the same fun and sexy atmosphere that guests had always experienced while dining with us!” Elhkay explained the inspiration behind the idea as well. “Since we opened in 2001, we have had many celebrities dine with us so using the celebrity cutouts to make the restaurant feel more lively seemed like a really fun idea to our team,” he says. Now the only thing we’re left wondering is: who will we see next week at Ten?

Ten’s new hours are Tuesday through Saturday starting at 4:30 p.m. for dinner service. To reserve your table or order food to-go simply call 401-453-2333. Stay up to date on hours and menu offerings on the website and follow Ten Prime Steak and Sushi on Instagram at @10SteakSushi. 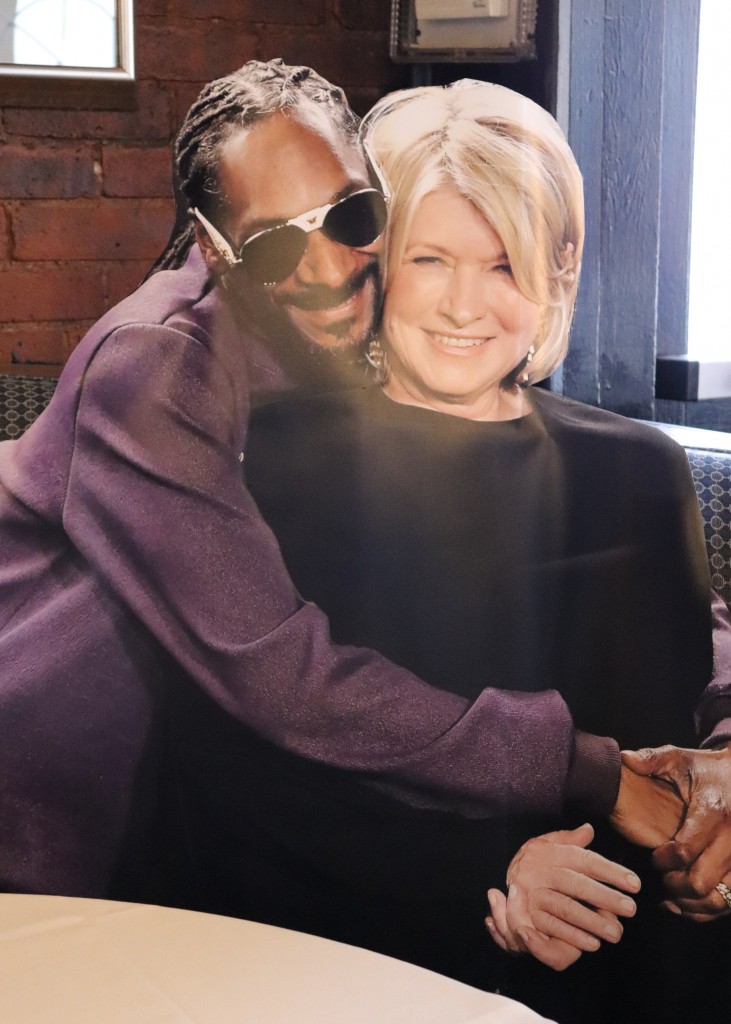