Sons of Liberty Spirits Co. is collaborating on a whiskey-glazed doughnut with Kane's Donuts. 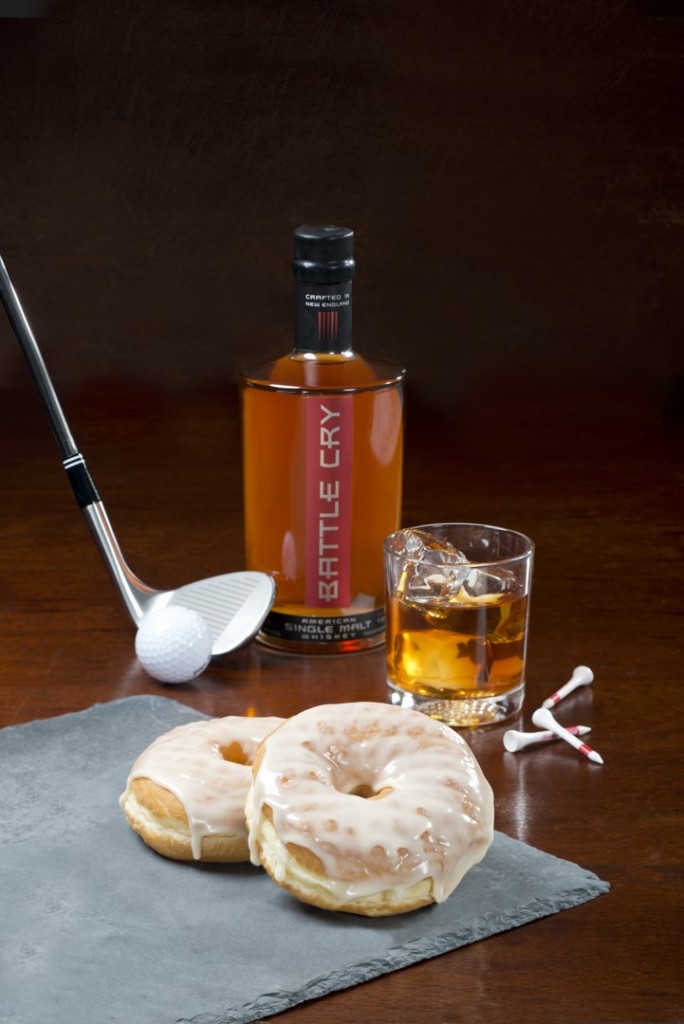 Father’s Day is coming up fast, and there are two things that should be on the menu for every number one dad: doughnuts and whiskey. At least, that’s what Kane’s Donuts and Sons of Liberty Spirits Company believe. The South Kingstown, Rhode Island, craft distillery and Boston-based handcrafted doughnut brand have joined forces to create the ultimate Father’s Day gift: whiskey-glazed doughnuts. Now that’s better than another tool for the toolbox.

But first, a little bit about each company: Sons of Liberty Spirits Company’s mission statement reflects what it means to be American and taking a stand without compromise and pursuing your dreams fearlessly. The company was founded to revolutionize the concept of American spirits, and it has a unique way to do it: converting beer into spirits. Sons of Liberty produces two American Single Malt Whiskies, known as “Uprising” and “Battle Cry,” as well as a seasonal line of whiskies. There’s also True Born Gin – Belgian Wheat Act (a Genever-style gin made from a Belgian wheat beer).

Meanwhile, Kane’s Donuts has been ranked top-ten in the United States for its creative flavors. The business opened in 1955 in Saugus, Massachusetts, with the goal of making delicious doughnuts. Focusing on traditional flavors with innovative monthly specials, Kane’s is chef-owned and operated by Boston chef Paul Delios and his family (he’s been there for more than thirty of its sixty-five years). The brand has also gained national attention for its iconic gluten-, dairy- and nut-free doughnuts. Check the business out on Instagram at @kanes_donuts, Facebook and Twitter at @KanesDonuts.

So let’s unpack this whiskey doughnut. Kane’s makes the doughnuts fresh with local ingredients, like they’ve been doing every day for sixty-five years. The whiskey glaze on top is made from Sons of Liberty’s award-winning Battle Cry, an American single malt made from a Belgian-style ale which uses 100 percent malted grains. It’s a unique experience of spices, dark fruit, rye malt and honey malt for an added sweetness. Kane’s takes these flavors, boils down the alcohol content, and adds sugar, local organic honey and butter for the finished product.

The whiskey doughnut is one of Kane’s June flavors of the month, and it will be available through June 30 at all three of their locations. In addition to this doughnut, Kane’s other flavors of the month include Raspberry Crunch, Reese’s Peanut Butter Cup, and gluten-free Lemon Poppyseed. Be sure to also check out locations where you can pick up Sons of Liberty Spirits products closest to you.