There's always something brewing at this coffeehouse, located in a former railroad depot in East Providence.

Decaf. Light roast. Black. However you like your coffee, Borealis Coffee Company in East Providence can curb your caffeine cravings with a cup of artisanal, small-batch roasted coffee. The corner lot building and patio in the heart of Riverside Square, now a gathering space for locals to sip and chat over a cup, was once a train depot and part of the PW and B (Providence, Warren and Bristol) line.

Rhode Islanders from all over came to Crescent Park in Riverside by train, once a popular summer vacationland with a carousel and amusement park, the latter of which shuttered in 1979. Then, in the 1990s, the out-of-commission railroad tracks were converted into the East Bay Pike Path. Over several years, the train depot was reincarnated as a laundromat, a convenience store and, most recently, a tanning salon. But then, Borealis Coffee Company made an entrance.

Borealis, which translates to “from the north” in Latin, is a fitting name; owner Brian Dwiggins was born and raised in Anchorage, Alaska. His coffee joint pays homage to his hometown’s strong coffee culture, where the beans are locally roasted and savored by the community.

Dwiggins moved to Rhode Island with his now-wife after college and started commuting to a job in Cambridge, only to quit six months later. He went back to school, this time for film, and became a freelance set-lighting technician on the side. While waiting for the phone to ring with job offers, Dwiggins would venture to coffee shops in Boston and Connecticut. Thanks to his low-paying gigs — and the realization that traveling such long distances for a cup of coffee didn’t make sense — Dwiggins started roasting his own in 2010.

His hobby would soon consume his life, and his memories of rich Alaskan coffee were never far away. He brought his home-roasted beans to movie sets while he was working, grinding beans by hand and making himself cups of French press or pour-over coffee. Cast and crew on several films — including Johnny Depp in Black Mass, Salma Hayek in Here Comes the Boom and Mark Ruffalo in Infinitely Polar Bear — were fueled by Dwiggins’s brews.

“People started asking me when I would sell my coffee because what they were drinking tasted terrible,” he says. “Two of my film-industry friends, also known as Team Crafty, said they would buy my coffee if I could give them a wholesale price better than what they’d been paying.”

They ended up purchasing a lot of coffee from Dwiggins — so much so that a Team Crafty signature roast was created. As a result, a seed (or coffee bean, in this case) had been planted. 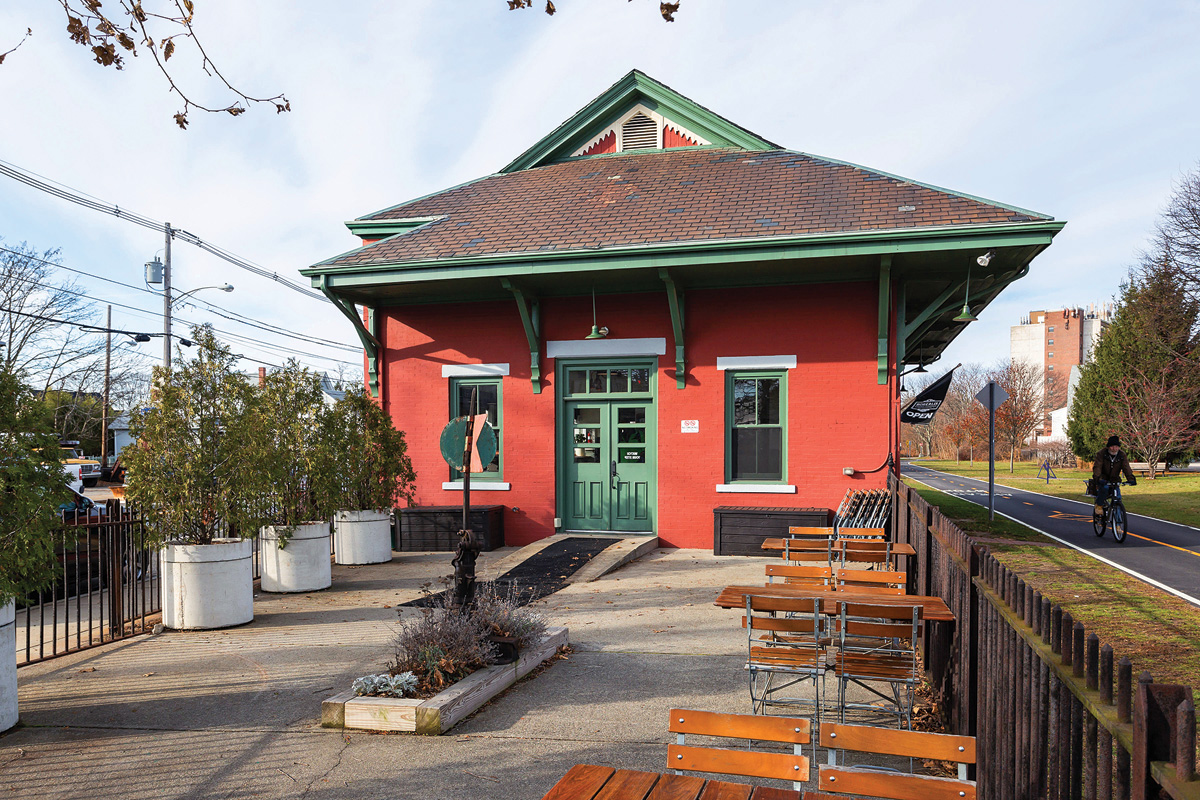 In 2014, Dwiggins took a course in coffee roasting in Vermont, where he nerded out on roasting and meeting other local coffee aficionados. He then bought a five-kilo roaster and leased a facility in Lorraine Mills in Pawtucket, where he roasted only one day per week.

“I realized I couldn’t grow the business and keep doing movie work at the same time,” he says. “I was just casually looking for a space of my own and this old train depot building became available. It all fell into place.”

After a total gut job and renovation of the depot, the roasting operation left Pawtucket and made a home in Riverside Square.

Just how does Dwiggins and his small team create coffee worth stopping for? It begins with the bean. Dwiggins receives green coffee bean samples from importers. The samples are roasted in a small batch. When possible (at least once a year), Dwiggins also travels to source countries — including Colombia, Guatemala and Honduras — to meet farmers and create lasting relationships with them.

Once the beans are imported and ready to roast, the team gets to work. About seven-and-a-half pounds of beans are poured into the top of the roaster, which then tumbles the beans at a very high temperature. The beans, which started out as very dense and green in color, are now brown and toasty. Each bean has a variety of factors — including growing region, varietal, roast temperature and time — that yield different tasting results. 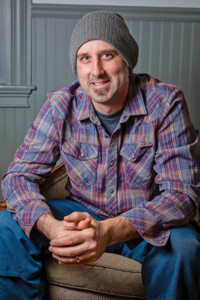 “We ask ourselves, ‘what do we want to get out of this coffee,’ ” says Dwiggins. “It’s more than just light, medium or dark roasting. If you roast a bean for a really long time, you can get a baked flavor from it, and if you want to develop sweetness, you augment it.”

There are three main stages of the roasting process including drying, browning and developing which allow Dwiggins to manipulate the end result.

“What really drew me to roasting is that it is a blend of art and science. We use a tryer to look at and smell the beans while they are being roasted,” he says. “But you also have to look at what’s going on with the bean. What is happening chemically to it? When is the caramelization and carbonization occurring? When do the beans begin browning?”

By keeping a very detailed, minute-by-minute log of the process, Dwiggins’s team is able to target the profile for each roast. Once each small batch is complete, the beans are cooled quickly so they do not continue to bake. They are then ready for brewing or bagged for sale at the shop and other local businesses such as PVDonuts, Plant City, Rebelle Artisan Bagels and others.

At any given time, you can order a decaf coffee or one of Borealis’s four or five staples. The Indonesia Sumatra roast is the darkest of the bunch with earthy undertones and is for coffee drinkers who appreciate a big-bodied, rustic, cedar vibe. Alternatively, the Ethiopia Wote Konga roast is much lighter and draws fruity and floral notes with a black tea-like finish.

If you happen to swing by on a Saturday or Sunday morning, you’ll find Borealis full to the brim, fueling up locals on caffeine, and that’s just how Brian Dwiggins wants it.

“I like making coffee accessible because it brings people together,” he says. “Many people stop in here first thing in the morning for a cup of coffee and if we can give them a great cup, then that’s a great start to their day.”

Borealis Coffee Company is launching a larger roasting space in Pawtucket in early 2020 with plans for a tasting lab, training facility and more.