Tom and Natalie Dennen's second restaurant will be located at the Wexford Innovation Center in Providence. 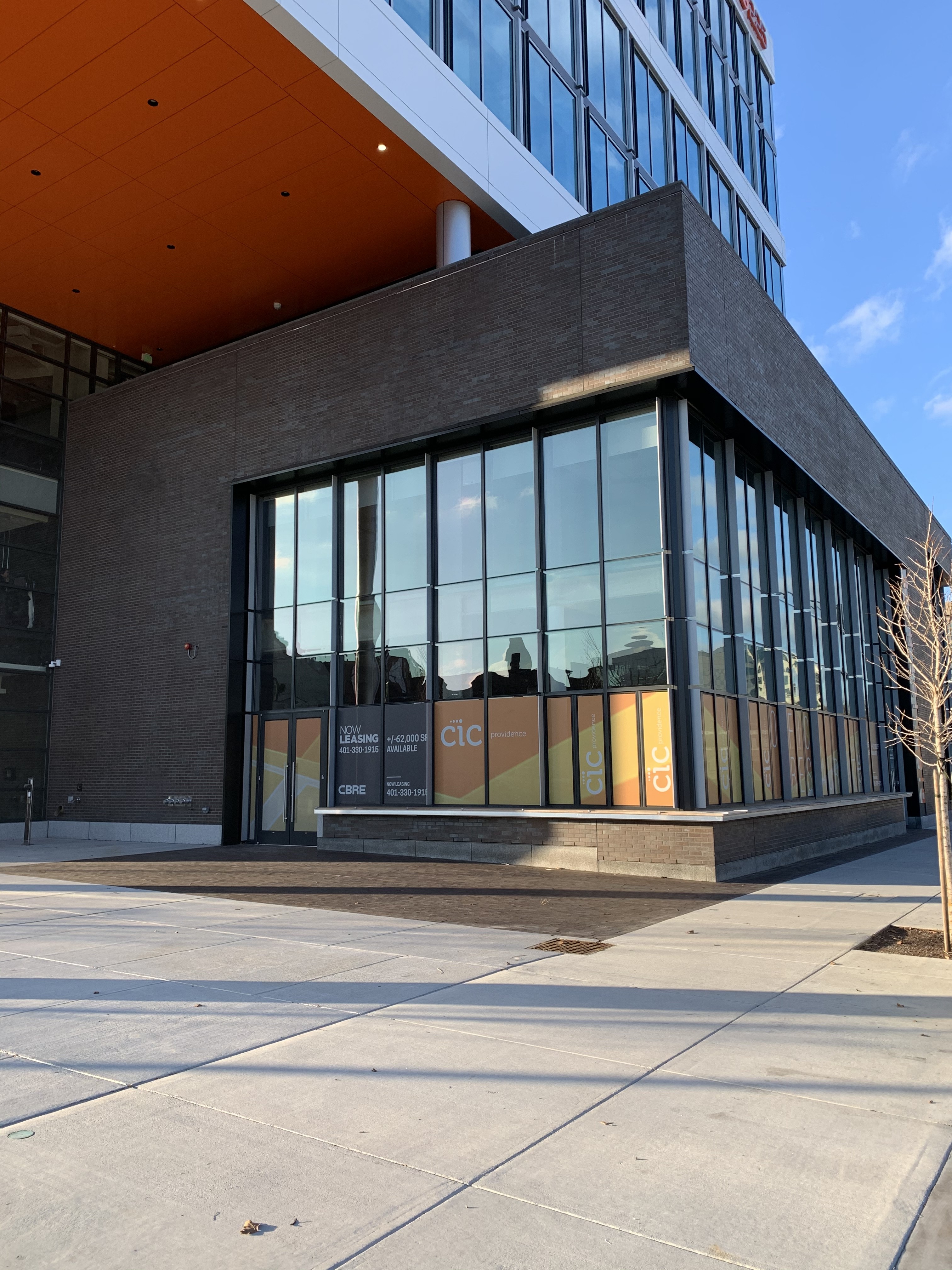 The Bayberry Garden space inside the Wexford Innovation Center.

Bayberry Garden is coming to Providence’s Innovation and Design District in September. It’s a second, much larger restaurant from the owners of Bayberry Beer Hall, Tom and Natalie Dennen, located at the Wexford Innovation Center in Providence. Although the couple just signed the lease at Wexford Center a few weeks ago, this partnership has been in the works for a long time.

Originally, Tom and Natalie Dennen learned about an RFP (request for proposal) for the development of the Wexford Center space. The developer was looking for the right operator to fill the large open floor plan, and a Bayberry vibe was what they were after. The Dennens were only about a year into running Bayberry Beer Hall at the time, so they weren’t quite ready to open a second space of that size.

“We had put this project aside, like it’s not for us,” Tom Dennen says.

The young family, now with two children, was cautious about that kind of growth so soon. Then the president of Graffito real estate development and urban design firm out of Boston called them to further explain the project, and they decided they would go look at it.

“He said your name keeps coming up for this restaurant space, and please just do us a favor and check it out and get more information,” Tom Dennen says. “We hadn’t visited the building or fully understood the development and transformation that will take place and continue to take place in that area for the next five to ten years.”

The Dennens went down to see the space, located next to CIC Providence, and fell in love with it. Graffito guided them through the process of developing and leasing it. “It has beautiful sixteen-foot ceilings and it’s raw and ready for us to put our spin on it,” Tom Dennen says.

Natalie Dennen agreed that it’s a great location, right near Providence’s new footbridge and a stone’s throw from the West Side. “Plant City is the anchor on one side, and we’ll be on the other side,” Natalie Dennen says.

The Dennens were able to negotiate what they can and cannot handle as a family-owned business in Providence. Originally, the developers expected the restaurant to serve breakfast and provide full catering services for the tenants of the building, which the Dennens couldn’t commit to, but may offer later on down the line. 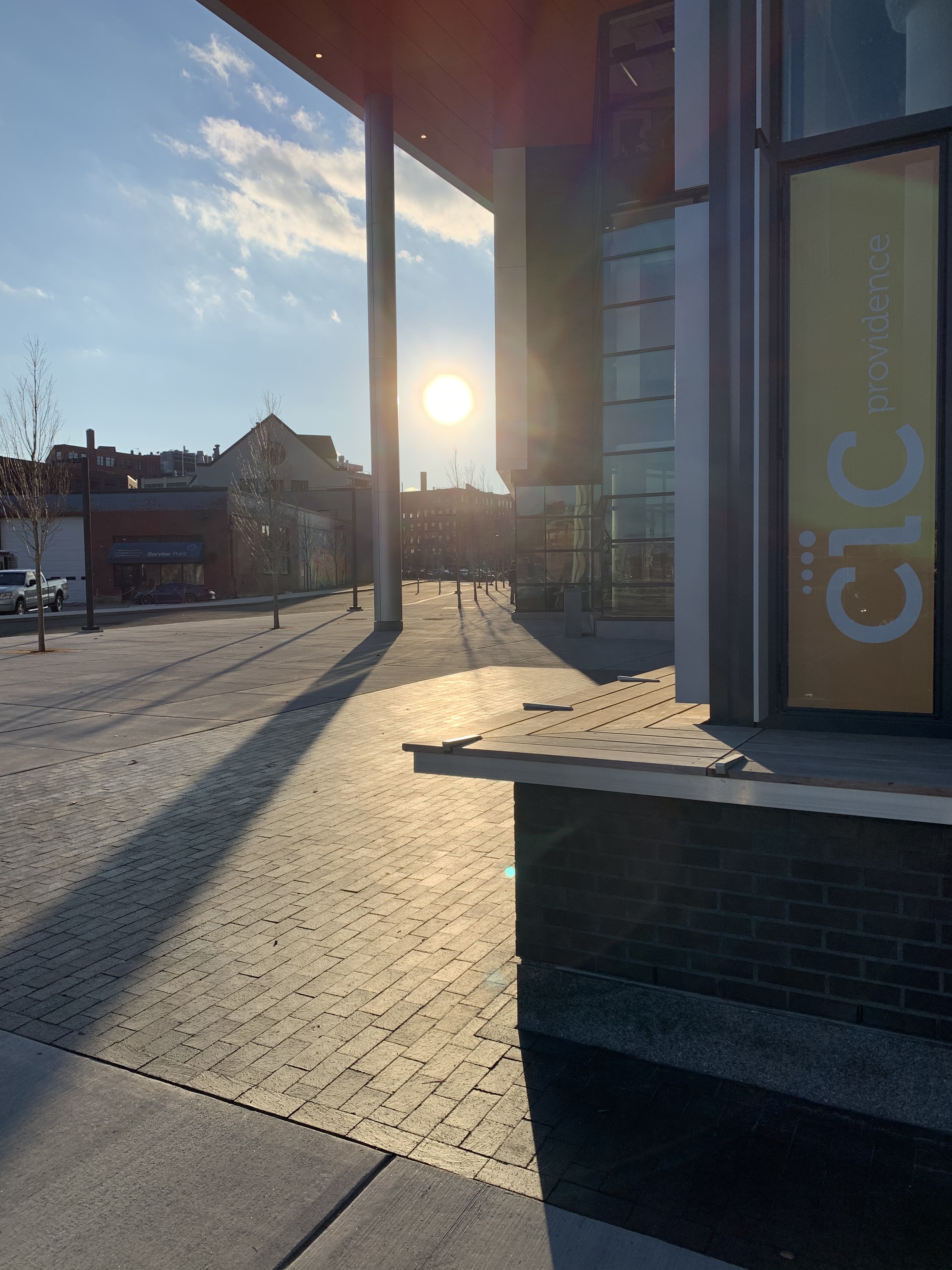 They ended up working together to come up with a mutually beneficial leasing agreement. “They just wanted a great operator, and they saw that in us and what we were able to do here,” Tom Dennen says, gesturing around the dining room of Bayberry Beer Hall. “We understand it’s going to be a bigger animal, and we’ve gotten over our hesitation, and we’re really excited for this to move forward.”

The project includes ninety-six interior seats and another 100 communal seats outdoors. Preliminary design is by HB Design and Build, the same firm that created the design for Bayberry Beer Hall.

Bayberry Garden will be different from Bayberry Beer Hall. They are planning a shareable food menu of new American dishes with a nod to the region, served by a full-service waitstaff, and a focus on craft cocktails and wine, along with their trademark craft beer. Bayberry Beer Hall chef Dave Johnson will remain at their first restaurant, as he wishes. They have hired a new chef who recently moved from Boston, Mike Seely, to run the food operations at Bayberry Garden. Seely previously served as the culinary director of three restaurants in Boston, including Waypoint, Alden and Harlow and the Longfellow Bar. Natalie Dennen has also resigned from her full-time job to focus on their restaurant business while also spending more time with their children.

Unlike the name suggests, Bayberry Garden will not have a “beer garden” approach, rather the outside and inside will resemble a literal garden with lots of beautiful plants and fourteen to sixteen living trees planted within the interior dining room.

“It will take a nod from our beer hall by having a lot of organic elements, with very large trees inside,” Natalie Dennen says. “We want our customers to feel like they are eating under the stars whether they are inside or outside.”

“We’re trying to create this effect of did the trees come first, or did the building come first,” adds Tom Dennen.

Currently, they are waiting on sign off for the design from the developer, then they can move on to permitting and finalizing last-minute questions before they begin building.

The Dennens feel that Bayberry Garden will be a gathering place for the community over good food and drink, and that’s what they feel Providence needs more of to get to that next level. “We are not opening a restaurant just because we want to open one,” Natalie Dennen says. “We’re opening them to fill a need in the community that we see.”