Bayberry Garden Restaurant and Patio Set to Grow with Providence

The restaurant is the literal interpretation of an indoor garden with lush greenery, an elevated New England coastal menu, a raw bar and an extensive beverage program. 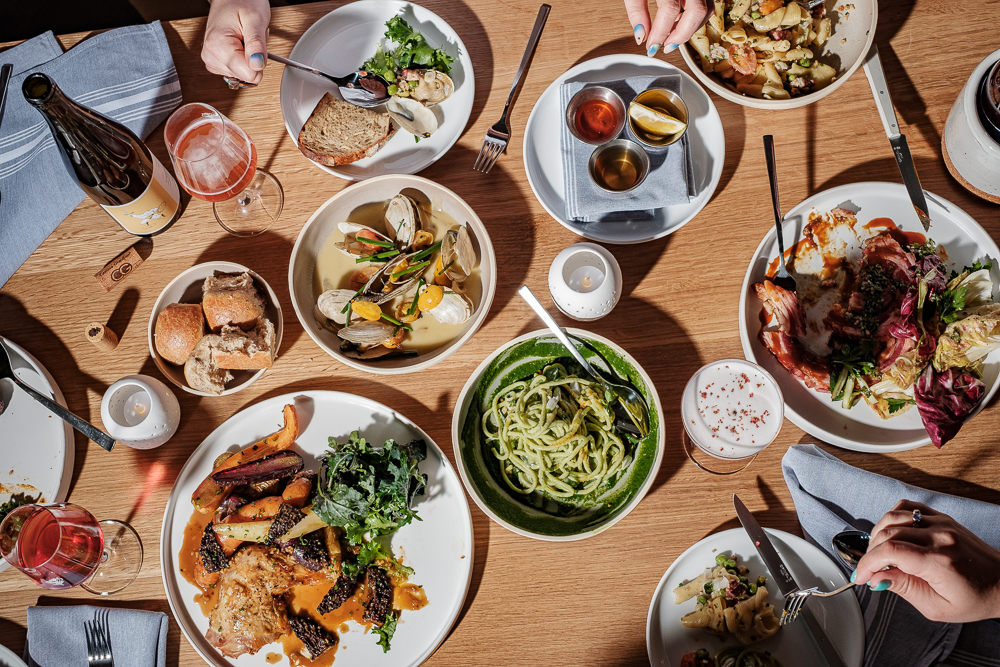 Dishes from the Bayberry Garden menu. Photos by Ezra Pollard.

Inside the new Bayberry Garden at the Wexford Innovation Center in Providence, creeping fig ivy is planted along the base of a stucco wall where it’s being coaxed to climb up copper wire that stretches up to the soaring ceiling. Even though the ninety-six-seat dining room is an enclosed space, twelve-foot Ficus Alii trees are planted directly into the ground and will grow along with the restaurant. It will be fun to watch the trees and plants spread out over the space in the coming years alongside the growth and expansion of the husband-and-wife restaurant team of Tom and Natalie Dennen.

It was a long time coming for the couple. Before coronavirus hit, they had originally planned to open Bayberry Garden this past fall. It turned out that they were better off waiting.

“Everything has worked out and the timing is great for opening right now as the world is coming back to life after this terrible year-plus that we’ve had,” says Tom Dennen. “This time of year is amazing and this area is starting to be more heavily populated with foot traffic.”

Bayberry Garden isn’t a beer garden, even though it’s easy to assume from the name. The Dennens first restaurant is Bayberry Beer Hall, an indoor biergarten on Providence’s West Side, but they aim to make Bayberry Garden an escape into lush greenery with a more elevated menu and a focus on cocktails, wine and beer, rather than just the craft beer for which they are already well known.

“This is the literal, modern interpretation of an English garden, but Americanized,” says co-owner Natalie Dennen. “We foresee it growing and filling in and there will eventually be a canopy of trees and vines that come up and over the space.”

Natalie Dennen created the indoor garden and worked with Pawtucket plant shop Jordan’s Jungle to curate more than 100 trees, vines and foliage inside the bright and airy, lively space. There’s lots of natural light from floor-to-ceiling windows and a neutral color palette designed by HB Design and Build, which also designed Bayberry Beer Hall. Details include earth tones, exposed steel and wood, leather banquettes and handmade ceramic plates and bowls spun by Sherród Faulks of Deep Black. All of the design details complement the greenery by allowing it to take center stage. The botanical vibe extends to the 100-seat patio where they’re nurturing native wildflowers and pollinators alongside communal tables and a large bar with views of the park by the Providence River Pedestrian Bridge. 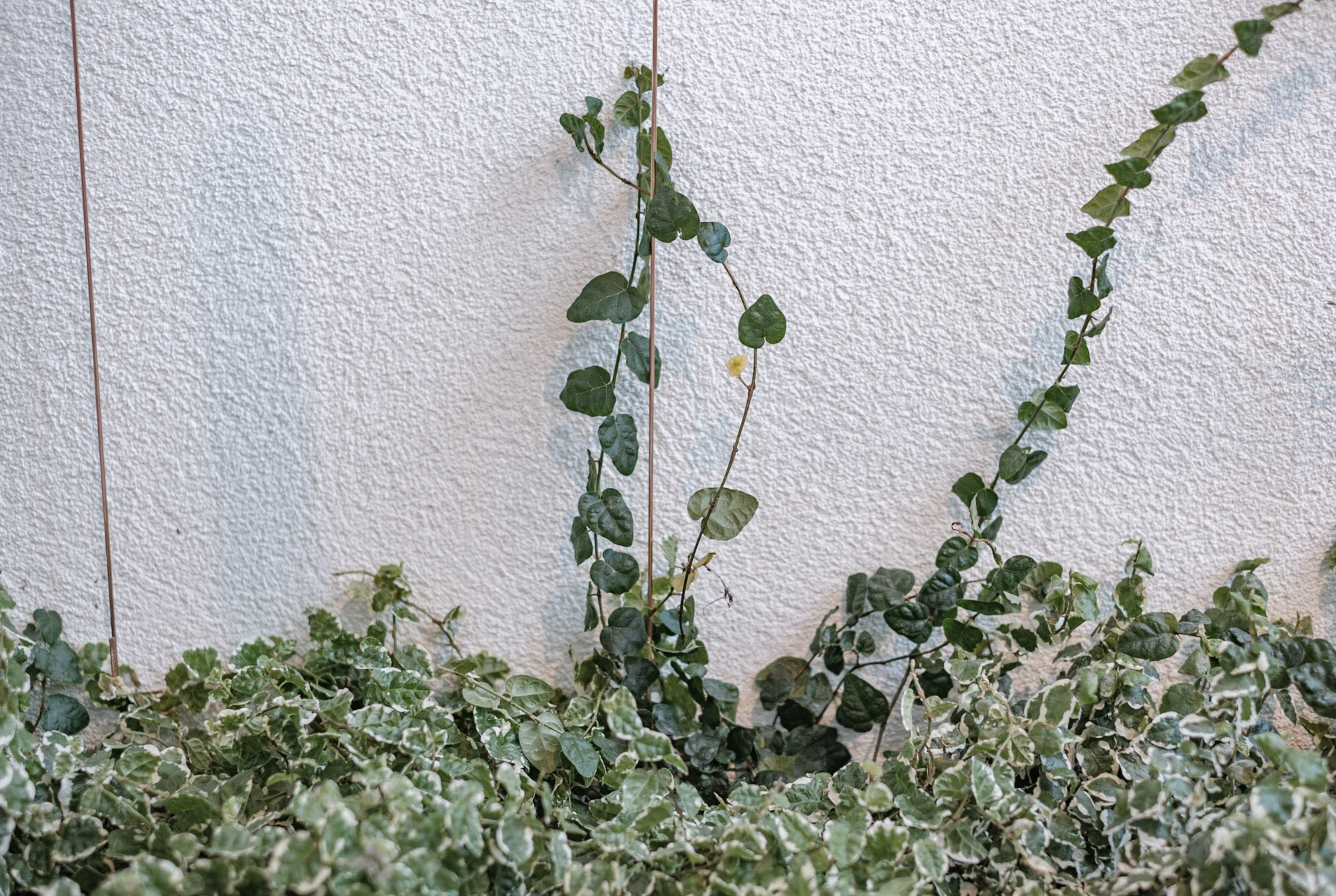 The menu will also be garden-focused with fresh farm produce highlighting New England proteins from land and sea. Executive chef Mike Seely is at the helm in the kitchen, having moved from Boston to Providence after years of experience as the culinary director for James Beard Award-nominated Michael Scelfo’s Boston restaurants, which include Waypoint, Alden and Harlow and the Longfellow Bar.

When Seely moved to Providence with his wife, a Providence native, he knew he wanted to be involved in a raw bar-focused restaurant. And Bayberry Garden has a beautiful raw bar located next to the chef’s counter, where guests can enjoy watching meals be prepared in an open kitchen. He’s developed the menu to have shared plates of varying sizes that focus on carefully harvested New England ingredients. 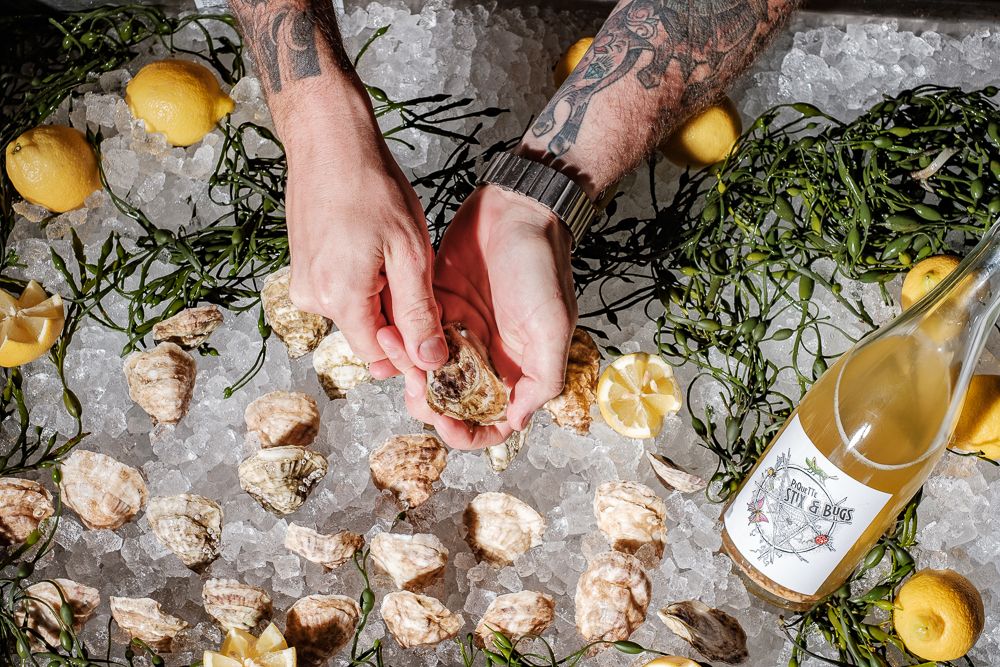 “We wanted this whole place to be a choose-your-own adventure where you can come in and grab a small plate and a cold beer, or come in for a celebration and have a four-course blowout,” he says. “It’s that feeling of finally being able to come together and enjoy good food, good drink and a good atmosphere with friends and family.”

Seely is skilled at fermentation and is incorporating housemade preserves, pickles and fermented sauces into the menu. One of the highlights on the snacks section is the dish Radishes in their Element made with locally grown radishes, housemade koji butter and rye “dirt” made with rye bread crumbs and leeks. “The rye dirt is fun and whimsical and makes it look like it’s growing out of the plate,” Seely says.

Bayberry Garden will also serve housemade bread and pastas like ramp chittara with spring alliums, bottarga and preserved lemon and concigli with smoked lamb, fava beans and drunken goat cheese. Seely also recommends the striped sea bass over peach chutney with brown butter honey, pistachio, spring parsnips and pea chutney, available for a short time only because of the short season. “The interplay of the savoriness of the fish, the sweetness of the peas and the richness of the butter is a fun interplay,” he says. 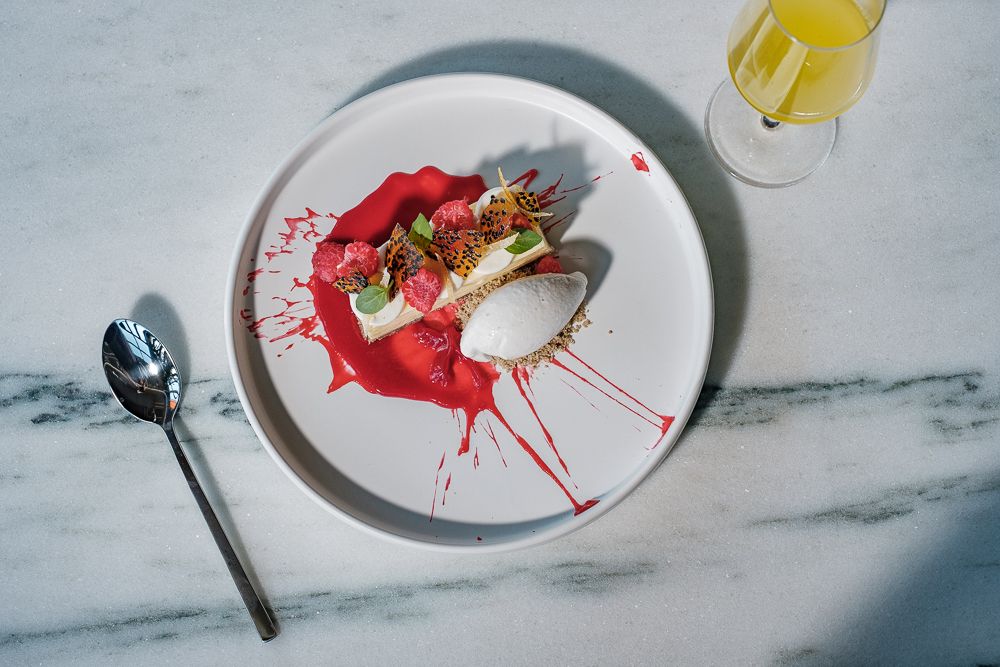 The cocktails and wine will be as much of a highlight as the food and craft beer. General manager and sommelier Kelsey Shaw has curated the list of 150 bottles and Tom Dennen says she was like a kid on Christmas morning when the bottles they ordered were delivered late one night. Shaw has fifteen years of restaurant experience, previously managing Altro Paradiso restaurant in New York City. She moved to Providence during the pandemic, as did the restaurant’s beverage manager Ariel Brodsky, who previously worked at restaurants like Perry St by Jean-Georges Vongerichten.

“Had it not been for the pandemic, we might not have some of the people we have on staff,” says Natalie Dennen. “Mike is from Boston and he was already living in Providence, pre-pandemic, but all of our other management staff relocated here from New York City. The pandemic brought so much additional talent to our state.”

Seely agrees that it’s the positive work environment that led them to join the team. Tom and Natalie have two young children, and Seely also is a new dad to an eight-month-old. Many of the management staff also have young kids.

“The culture here is a really good fit,” says Seely. “They are great with work/life balance and Tom and Natalie take a fresh approach to the way they treat their staff and employees.”

Bayberry Garden is open Tuesday to Thursday 5-11 p.m., and Friday and Saturday 5 p.m.-Midnight, and Sunday 5-9 p.m., with the raw bar menu available for the last hour, except on Sundays. Brunch will start on weekends from 11 a.m. -3 p.m., followed by a late afternoon raw bar from 3-5 p.m. Reservations are available at bayberrygarden.com, and walk-ins are encouraged.

From the Archives: Bayberry Owners to Open Bayberry Garden

From the Archives: Get a Sneak Peek Inside Bayberry Beer Hall