The mural changes annually both on the front and rear of the building to give select New England artists the opportunity to share their art. 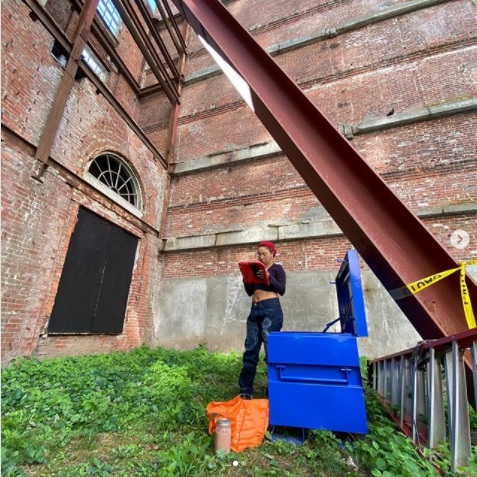 Take a stroll down Weybosset Street this week and you’ll see the repainting of a mural project outside of the Providence National Bank rear facade at 35 Weybosset Street, in partnership with building owner Paolino Properties.

Every year, the Avenue Concept gives select New England artists the opportunity to share their art where the public can admire it. Boston-based artist Sagie Vangelina (@rastagrandpa) is painting a tribute to singer and activist Nina Simone as the rear-facing mural of the facade. Her work began on August 31 and will continue throughout the week. The new mural is replacing “Dear Urban Females” by Angela Gonzalez/AGonza (@agonzaart), whose art “is based on feminism, socialism and issues within urban communities.” If you have photos to share from this mural, please post on social media as a memory of its impact. Be sure to share them using the hashtag #avenuepvd.⁠ 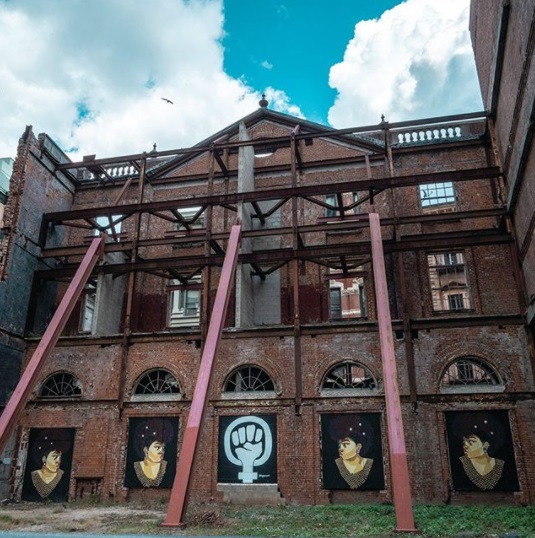 According to the Avenue Concept, the “Dear Urban Females” mural is a tough one to replace. “It’s the same cycle: a mural goes up, it enlivens our streets and floods our Instagram feeds for a year, then a new artist steps up and the process begins anew. We always struggle to let go of such great art, but we believe this process of renewal on the remains of this historic structure is part of what makes public art so dynamic and vital…We know this piece has meant so much to so many people. It has helped bring the unique, powerful and important voice of AGonza to many more people. So many people feel seen when they see it. It has an emotional pull and cultural resonance that transcends mere paint on walls.”

Sagie Vangelina’s Nina Simone tribute will be painted on the four individual panels on the downtown façade. Then, beginning on September 8, Rhode Island-based science illustrator and muralist Amy Barlett Wright will begin painting the front of the facade, which has been painted every year since 2016. Her mural will be a nature scene including cut-outs and 3D elements. This new mural will replace “Somnium” by @Refractualism. Stop by this week and grab your last pics with this mural. Be sure to share them on social, using the hashtag #avenuepvd.⁠ 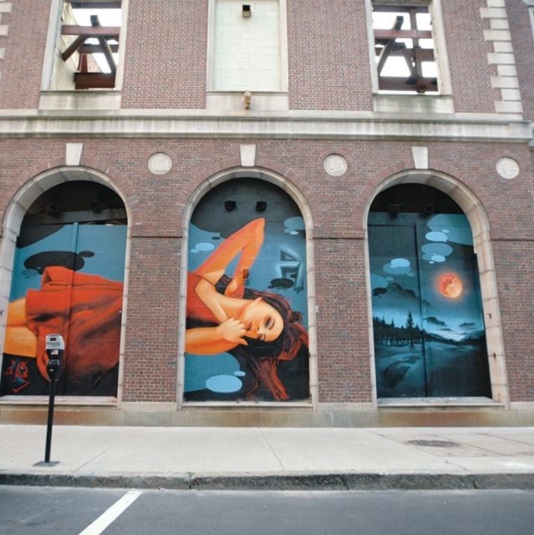 “Somnium” by @Refractualism mural on the front of the Providence National Bank facade will be replaced next week.