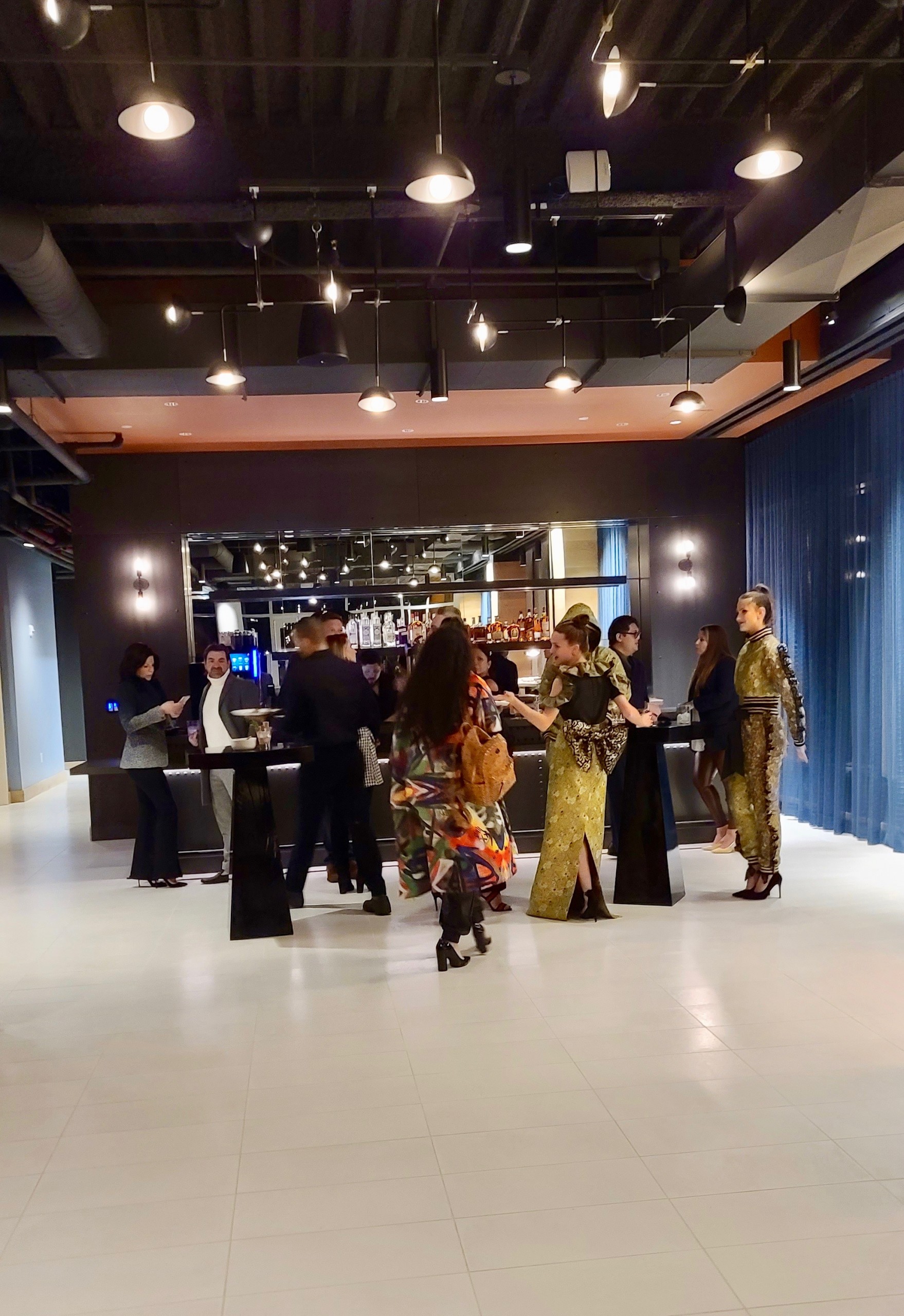 Stepping into the new Aloft Providence Downtown Hotel, guests might think they were suddenly transported to Manhattan, Los Angeles or Chicago. But it’s a sign of more good things to come for the Creative Capital as it steps up its game, adding more modern, stylish accommodations to the city’s roster of possible overnight stays. The hotel is located in Providence’s trendy and bustling Innovation and Design District, just steps away from the Providence Pedestrian Bridge, universities and dining hotspots Bayberry Garden and Plant City.

The hotel is rocking a modern industrial design with pops of vibrant color in deep blue velvet and purple accents coupled with neon lighting fixtures and bold print and textures. It has a ground floor WXYZ Bar serving cocktails, craft beer and light bites and a Backyard al fresco space, plus the Blu Violet rooftop restaurant, bar and events space that offers panoramic views of the entire city. The lobby area is also equipped with a pool table and a bright mural created by Connor Robinson. 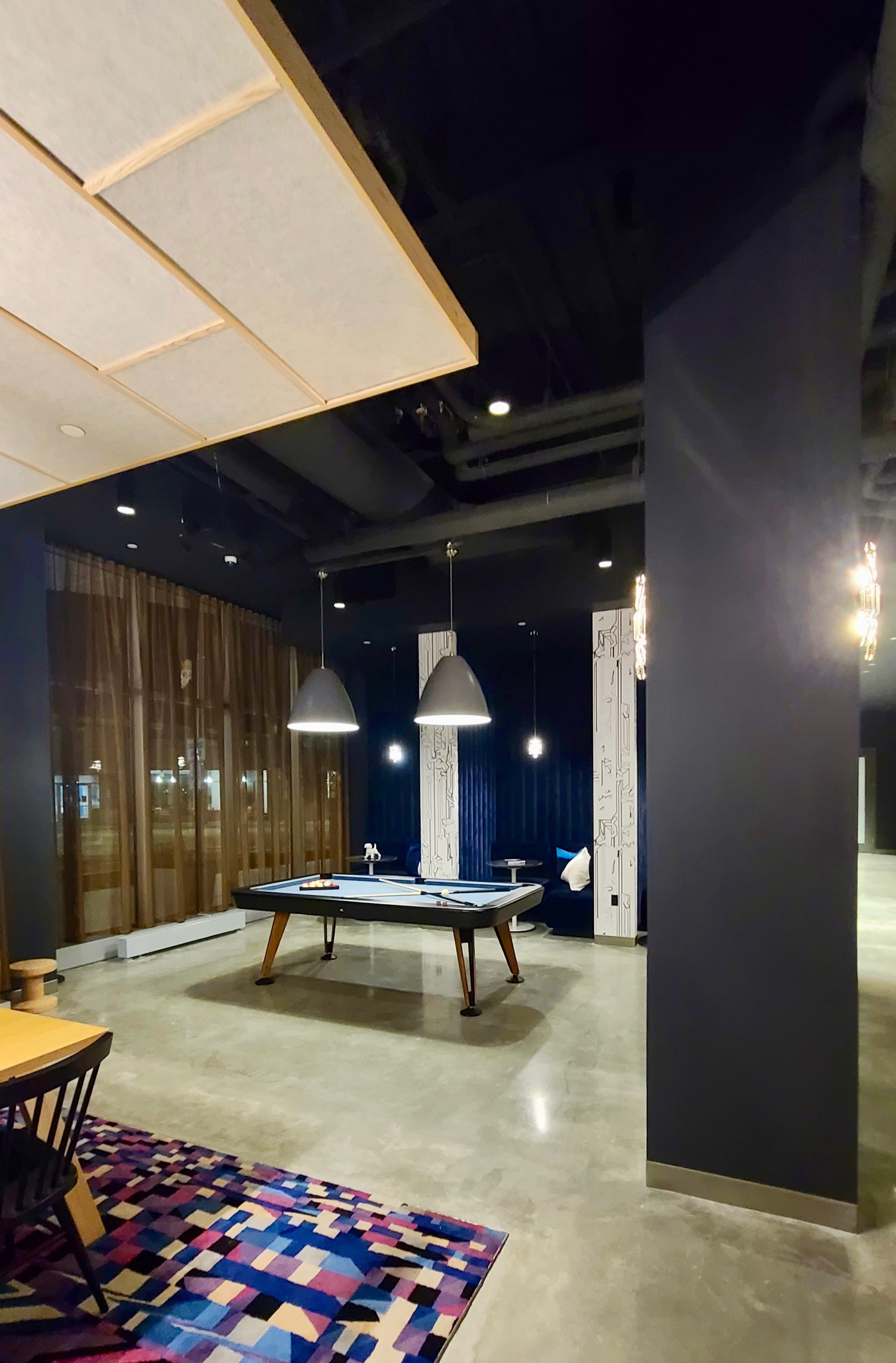 The lobby of the Aloft Providence hotel.

The new hotel, managed by Marriott International, has 175 guest rooms, including five upgraded suites. One room we toured includes wallpaper that depicts the city skylines of major urban centers like Boston, New York, Chicago and more. The hotel has the Re:charge fitness center to easily squeeze in a workout, as well as the Re:fuel by Aloft twenty-four-hour cafe stocked with grab-and-go snacks and sweet treats. There’s also significant meeting space, including two private rooms that total 678 square feet with complimentary wifi. They have mobility accessible rooms and pets are welcome through the Animals R Fun program.

The hotel recently hosted a VIP opening party, as well as an official ribbon cutting last week, both coordinated by Aloft Providence’s director of hotel sales Damaris Messina and RMO Public Relations. Local politicians including Rhode Island Governor Daniel McKee, Secretary of Commerce Stefan Pryor and Providence Mayor Jorge Elorza, as well as media outlets, business people and professionals were welcomed through the doors for a tour of the space while Big Lux performed on the violin. 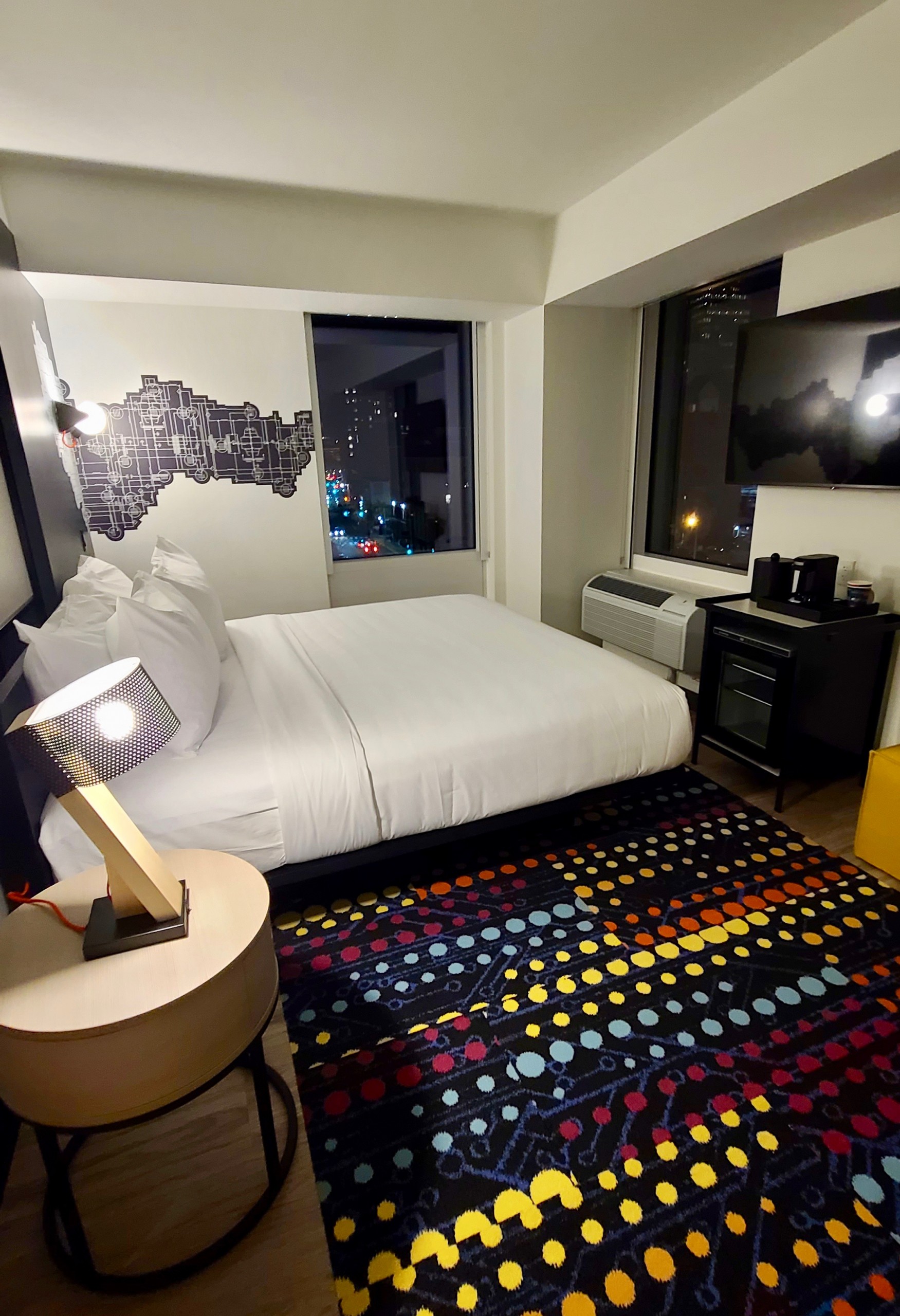 A room inside the Aloft Providence hotel. 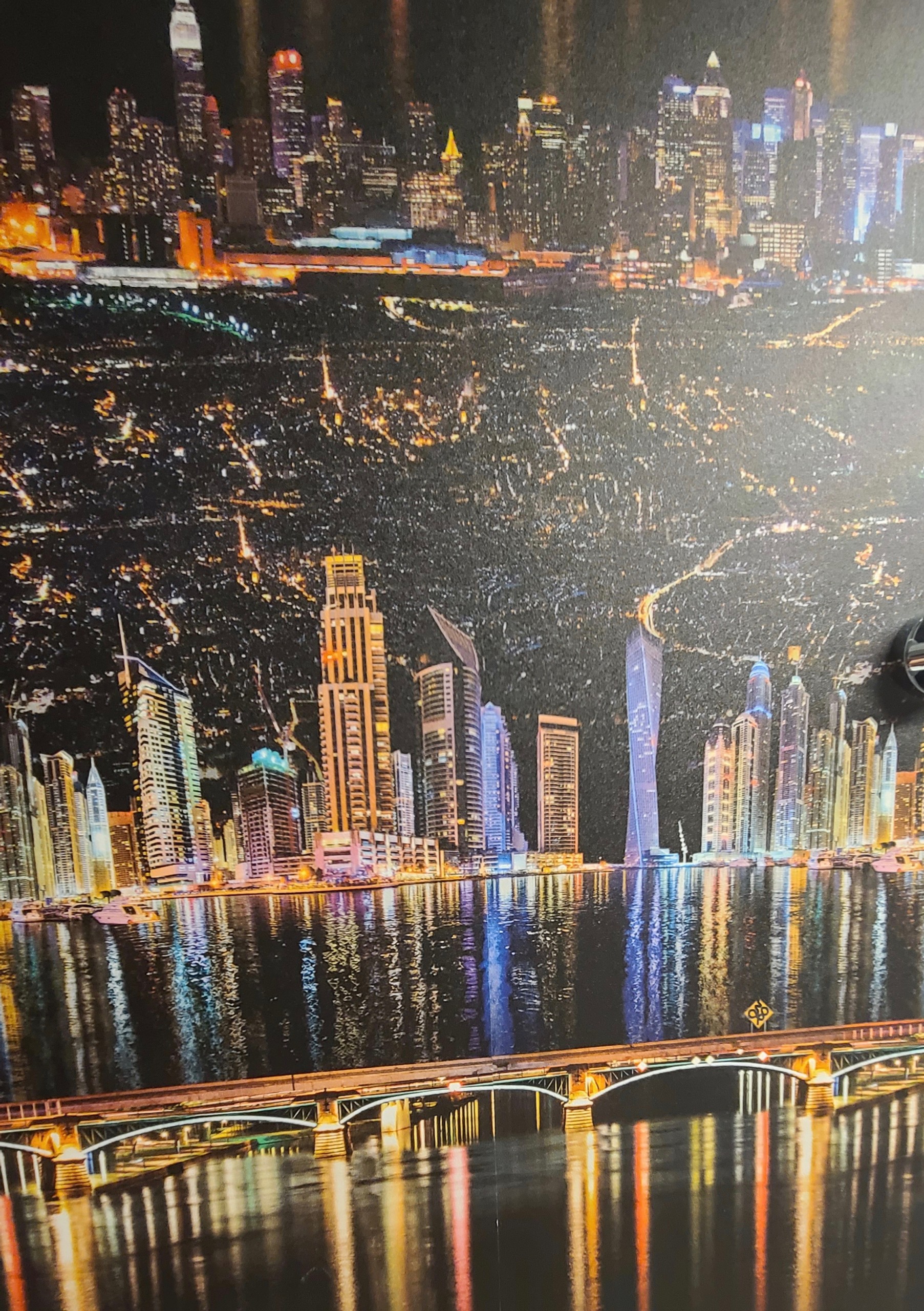 The wallpaper inside one of the rooms.

The hotel was a long time coming as it was newly developed throughout the pandemic, but now that it’s open for business, Providence just got a whole lot cooler.

“Our journey toward opening the first Aloft Hotel in Providence has proven to be a Herculean effort amid the challenges of the past year…but we are thrilled to cross the finish line and officially open our doors,” says general manager Michael Canini. “There’s no place we’d rather be than here in the heart of the Providence Innovation and Design District, an exceptional community that’s bringing a new wave of economic recovery to the State of Rhode Island.”

The area where it’s located has taken on a whole new vibe and it’s due to the incredible development that is taking place. Richard Gavin, CEO of CV Properties is excited to be a part of the wave of change. “On behalf of our partners Boston Andes, and the entire development team, we are thrilled to see this journey culminate in a great new addition to Providence’s hospitality scene,” Gavin says. “I especially want to recognize the leadership of both Governors Raimondo and McKee, Mayor Elorza, and the 195 Commission in helping us make this beautiful new building a reality.” 191 Dorrance St., Providence, 401-252-0710,  marriott.com/hotels/travel/pvdal-aloft-providence-downtown 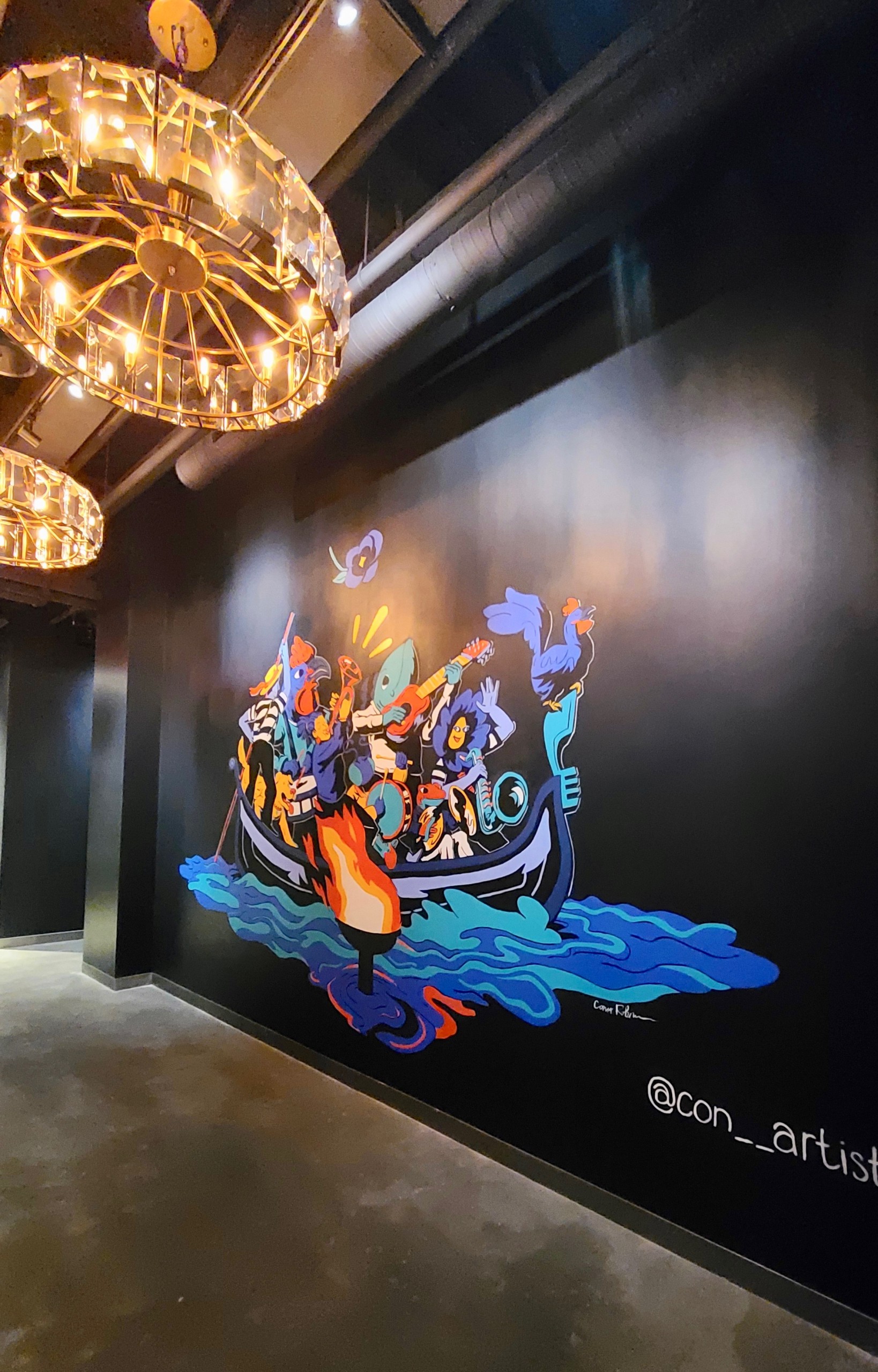 A mural by Connor Robinson inside the Aloft Providence hotel.

Bayberry Garden Restaurant and Patio Set to Grow with Providence