It’s Been a Wild Year at Roger Williams Park Zoo

How the zoo’s mainstays, both two- and four-legged, are faring amid the pandemic. 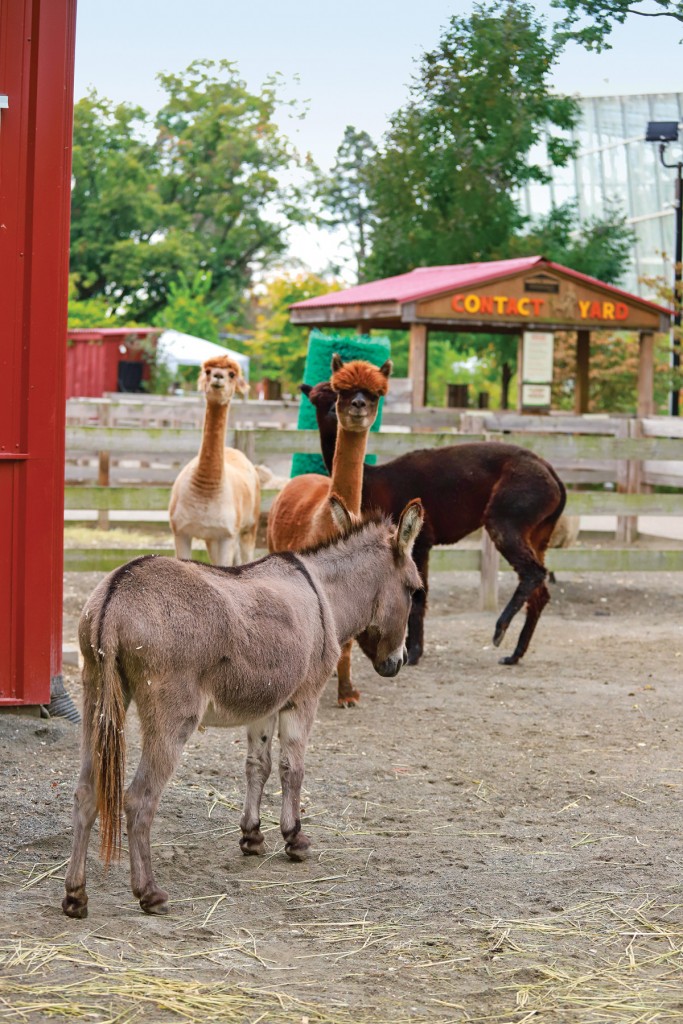 Willie the donkey joins his alpaca friends in the farmyard. Photo by Meaghan Susi

“It was eerie. Quiet as can be,” says Matt Fugate, an adaptations keeper at Roger Williams Park Zoo (RWPZ), as he walks me through the grounds. “It was really strange continuing to do the same job I’ve always done, but with the complete absence of sound. Very cinema-esque.”

As many a lifelong local can attest, Rhode Island’s one and only zoo ordinarily is teeming with noise. Not quite due to the roars of lions, tigers and bears (our big cats are more the purring type), but rather the joyful gasps and laughs of two-legged visitors. Nearby I-95 usually whirrs with rushing cars while the adjacent park emits bicycle chimes, scrimmage shouts or even event chatter. Yet, in the throes of COVID-19, there was just silence.

In late February, RWPZ’s executive director, Jeremy Goodman, and his team were monitoring the COVID-19 outbreak while it was still in Asia and began gathering best practices — from the state health department, the Centers for Disease Control and Prevention, Asian amusement park associations, overseas zoos already dealing with the pandemic — and devised a plan to ensure the safety of the zoo’s staff, guests and animals. The measures included mandatory mask-wearing, symptom screenings, temperature checks, indoor plexiglass partitions and contact tracing. They also asked many of their office employees — such as the finance, development, PR and education departments — to work from home. Only people who needed to be on grounds, like the animal care and operations staffs, continued coming in.

“But because we have such specialized staff, we worried about the virus going through all of the keepers. Who would take care of the animals? We can’t have someone in finance come down to train the elephants; it just doesn’t work that way,” Goodman says. “So, to minimize the potential spread, we separated the staff into two non-overlapping teams, making sure there was consistency across both.”

For example, of the four North American keepers, two were placed on team A while the others were assigned to team B. Normally, the zoo operates on a sixteen keeper minimum per day, but with just twenty-eight keepers total, splitting up the animal staff meant only fourteen would be available each day. Thus, the staff switched to ten-hour shifts in order to give them enough time to get the work done. The teams also alternated; one week working four days on, three days off, and the next working three days on, four days off.

Unfortunately, it wasn’t enough to avoid lockdown. After exhausting the pros and cons for weeks, RWPZ, in conjunction with the city and subsequently the state, closed its doors to the public in mid-March.

If news in April of COVID-positive tigers at the Bronx Zoo had you fearing for the animals in your own life, you weren’t alone. Goodman says the headlines, once again, changed everything.

“We were hedging on closing altogether just a little bit because we feel that, being an outdoor facility, we are low-risk. It was a difficult decision at the time,” Goodman recalls. “But we thought, ‘Okay, a month, maybe two months, tops.’ Obviously it never went away and just kept getting worse.”

“There were also two reported canine cases in Asia, so we knew that animals, in theory, could be susceptible,” he explains. “But we also had the common-sense attitude that this disease is ravaging people throughout the world yet you’re not seeing animals drop dead left and right.”

Still, the Bronx Zoo’s experience set the zoo world a bit on edge. In turn, RWPZ took additional precautions with its cheetahs and snow leopards, limiting the proximity and time spent with keepers. Later, when COVID-19 infected and devastated a number of mink populations, the RWPZ staff started putting extra care into the handling of their ferrets (a cousin species to the mink). 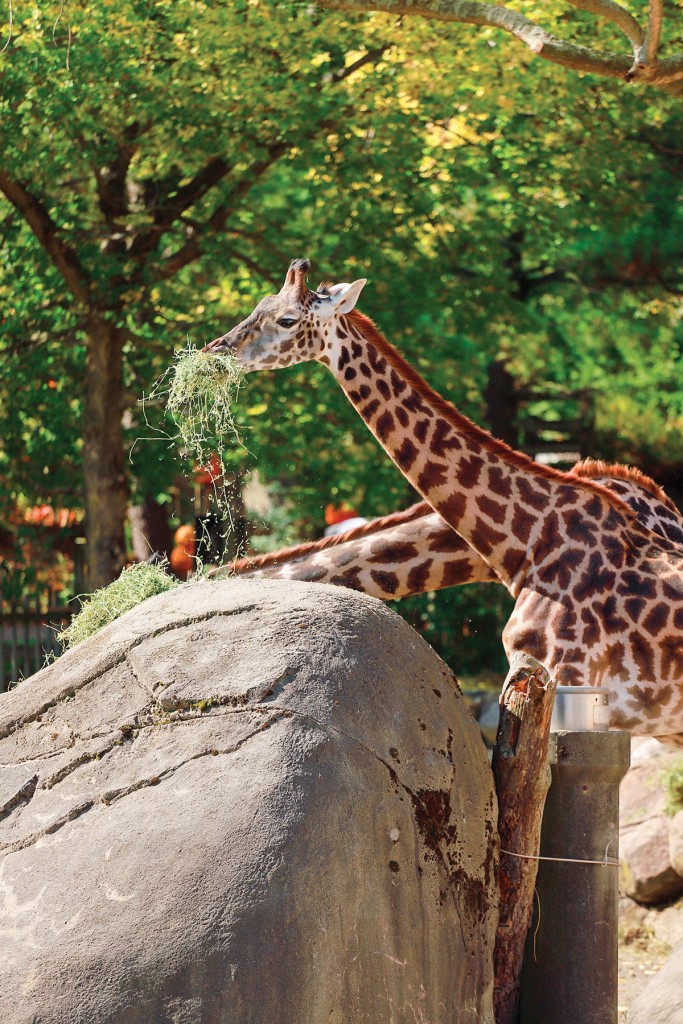 The giraffes enjoy a hearty breakfast. Photo by Meaghan Susi

Otherwise, the zoo soldiered on through lockdown. And while its Instagram page kept us all engaged with fun and creative updates (see: elephant serenades and sloth story time), everyone was more than happy to see its gates reopen.

“We had started working on a reopening plan pretty much right away. We looked at what safety precautions Asia was taking, along with what other amusement industries like Disney were considering. We were constantly refining our strategy,” Goodman says.

“We finally got the go ahead from the state to reopen in the beginning of June, which was great — we needed it,” Goodman says. “Northern zoos like ours, we only make money six months out of the year. We operate at a deficit the other six months. Had this all hit in November or January, it would have affected us minimally. But the fact that it hit our prime season was just devastating.”

Although many of the zoo’s events could be reinvented, the lack of on-premises happenings likewise delivered a rough blow, turning real events like the Zoobilee into virtual ones and the Jack O’Lantern Spectacular into a drive-through. Goodman says that although COVID has gotten everyone’s creative juices flowing, everything is still a work in progress.