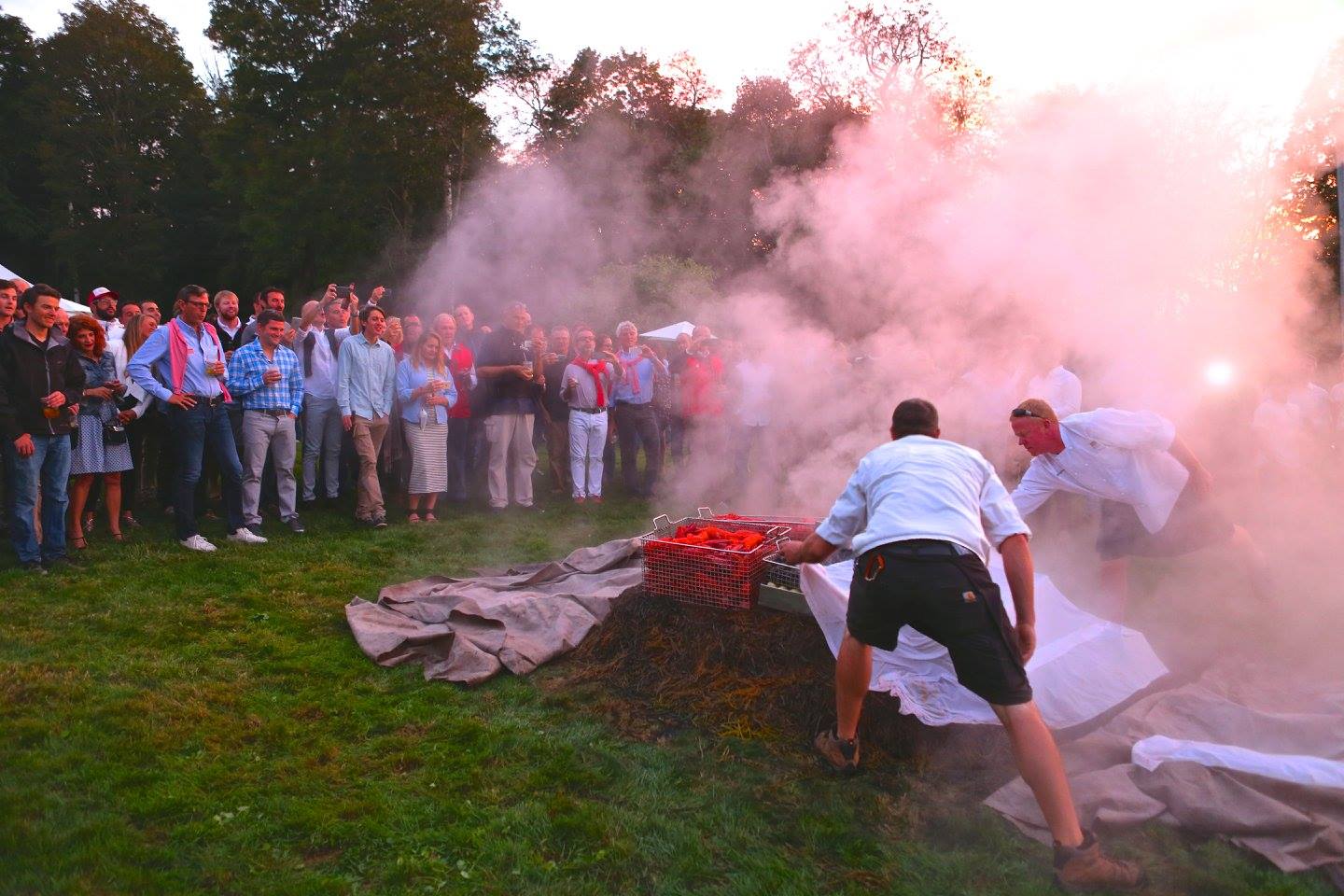 A traditional clambake by McGrath Clambakes.

Check something major off that summer bucket list on August 29. McGrath Clambakes is celebrating its fiftieth anniversary by hosting a traditional clambake at Newport’s Eisenhower House overlooking Narragansett Bay.

McGrath Clambakes was founded in 1969 and has been leading legendary clambakes for fifty years. Tom McGrath learned the custom from his father, and passed it down to his own son, T.R. McGrath, who purchased the company in 1999 and expanded the business to include surf and turf dinners, raw bars, action stations with specially made dishes and barbecue.

This is a real New England clambake using fresh rockweed harvested off the coast layered with local seafood and cooked using a process passed down from early New England colonists. A bonfire will be built at the event grounds with alternating layers of wood and rock, which will settle down to a bed of hot coals and rocks which provides the heat to cook the food. Then the rocks are blanketed with layers of the rockweed, which causes bursting bubbles of seawater from the seaweed to steam and season the food with a fresh-from-the-ocean flavor. The clambake is covered with canvas and set to steam for several hours until the perfect summer meal is revealed. Guests will get to see and taste the whole process in one of Rhode Island’s most scenic locations.

11 Ways You Can Combat Climate Change

Why Do Seagulls Have to Ruin a Perfectly Good Beach Day?

Seven Places to Get Your Nature Fix