After an unfortunate setback on opening night at the Providence theater, the touring production is excited to give local audiences the unexpectedly deep and powerful show they deserve. 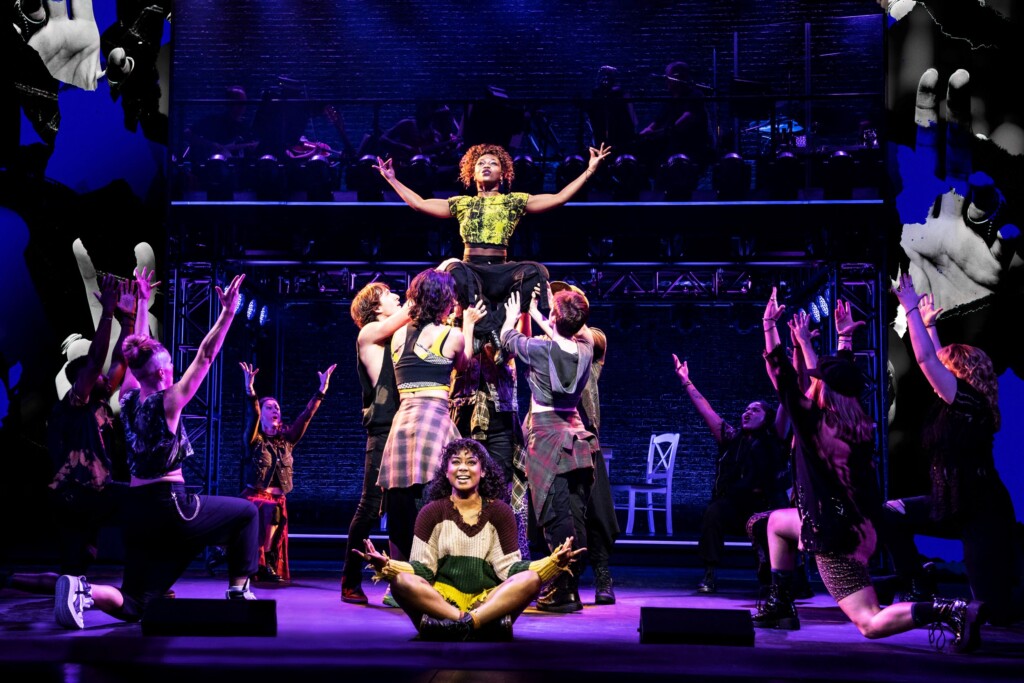 Lauren Chanel and the company of the North American Tour of Jagged Little Pill. Photo by Matthew Murphy and Evan Zimmerman for MurphyMade

With the original Broadway production of Jagged Little Pill having been shut down due to rising COVID-19 cases in 2021, the Alanis Morrissette-inspired musical is no stranger to setbacks. And so, when a technical difficulty on opening night at the Providence Performing Arts Center interrupted the North American Tour version of the show not once, but twice during the first act, the cast and crew did everything they could behind the scenes to make the show go on. Alas, it wasn’t meant to be and ultimately the call was made to cancel for the night.

But it wasn’t all rain on your wedding day: that night, theater goers were treated to an impromptu stage appearance by the lead actress, Heidi Blickenstaff, between the pauses. She hosted an informal Q&A, offered insight into Alanis Morrisette’s heavy involvement in the musical’s development, and even led the theater in singing happy birthday to an audience member.

“I was happy to do it because I was thinking about if I were in the audience, what would keep me engaged?” she says.

Blickenstaff also revealed on stage that this isn’t the first time she’s had a ‘memorable’ experience in the Creative Capital. She last visited twenty-five years ago as part of the touring cast of Dream Girls, but a family emergency called her back to California for a few days in the middle of the appearance. Fortunately, though, everything turned out okay and she was able to return to Providence to finish the show.

“I didn’t get to explore last time, but I’m hoping to get to during our time off in the next couple days. I’m looking forward to making calmer memories!” she says with a laugh.

Blickenstaff and the rest of the cast are also looking forward to putting on the full production for Rhode Islander audiences.

“I feel like that’s the beauty of live theater, you never know what you’re going to get,” says Dillon Klena (who, fun fact, is the second member of his family to take on the honor of playing Nick Healy in the show). “[Tuesday] night, especially, with the technical difficulties — I know as a cast backstage we were all trying to make it work and figure out some way that we could put on the show that would be beneficial to everyone in the audience as well as us as performers. Seeing the camaraderie between everybody trying to work together to do this, it made me excited for [Wednesday night]. I’m excited to get to do the show and give the audience the show they deserve.” 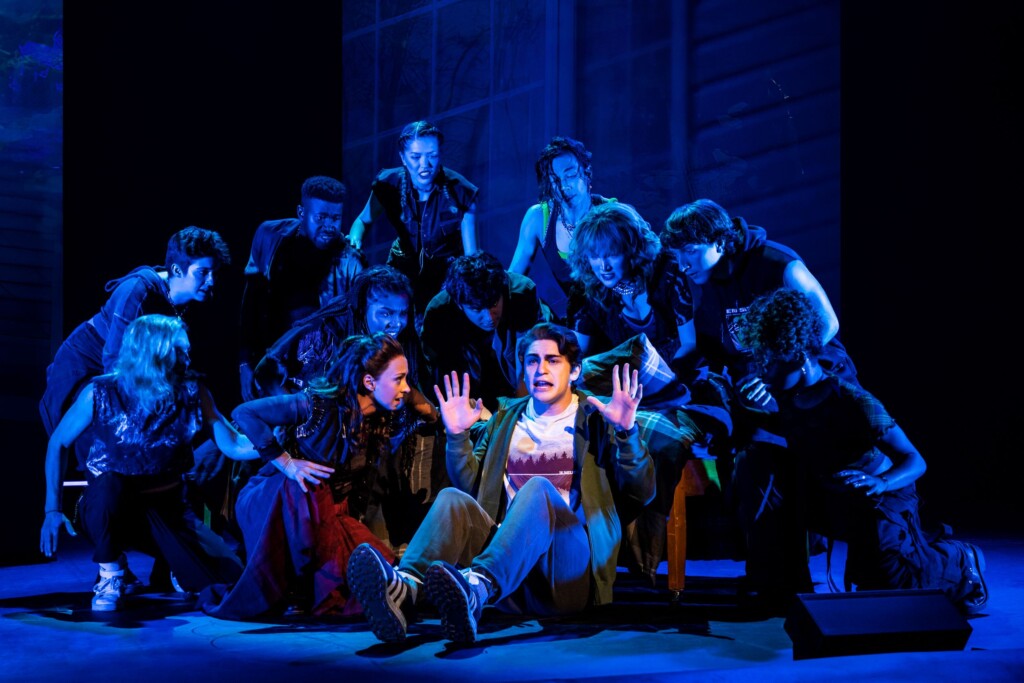 Directed by Tony Award winner Diane Paulus and written by Tony and Academy Award-winning writer Diablo Cody, Jagged Little Pill follows the perfectly imperfect Healy family as the four members navigate their own personal challenges — from opioid addiction to societal pressures to racial and sexual identity — all set to the tune of some of Morrissette’s greatest hits as well as new songs she penned just for the show. The play has been nominated for a season record of fifteen Tony Awards following its Broadway premiere, and the New York Times says it, “stands alongside the original musicals that have sustained the best hopes of Broadway.”

Blickenstaff, who plays matriarch Mary Jane Healy, says those not as familiar with the play are often surprised to find that it doesn’t follow Alanis Morrissette’s life. In fact, it was something the star was adamant about from the start of the project.

“It was talked about because her life is so fascinating, but she wanted it to be a completely invented story about very real issues we all face as humans,” Blickenstaff says. “The story of the Healys is a compelling story in that it’s an American family that looks perfect on the outside, but there’s a lot going wrong on the inside that they’re all hiding and not dealing with. As an actor, to be able to dive into a character like Mary Jane who is so complicated… I’ve said this before, but I don’t know that I’ll ever be able to play a meatier role. I get to do everything: I feel every emotion, I pull out every trick in my bag of tricks, and it’s a privilege to not only get to use so much of myself as an artist but also to tell this story because I think a lot of people can identify with it.” 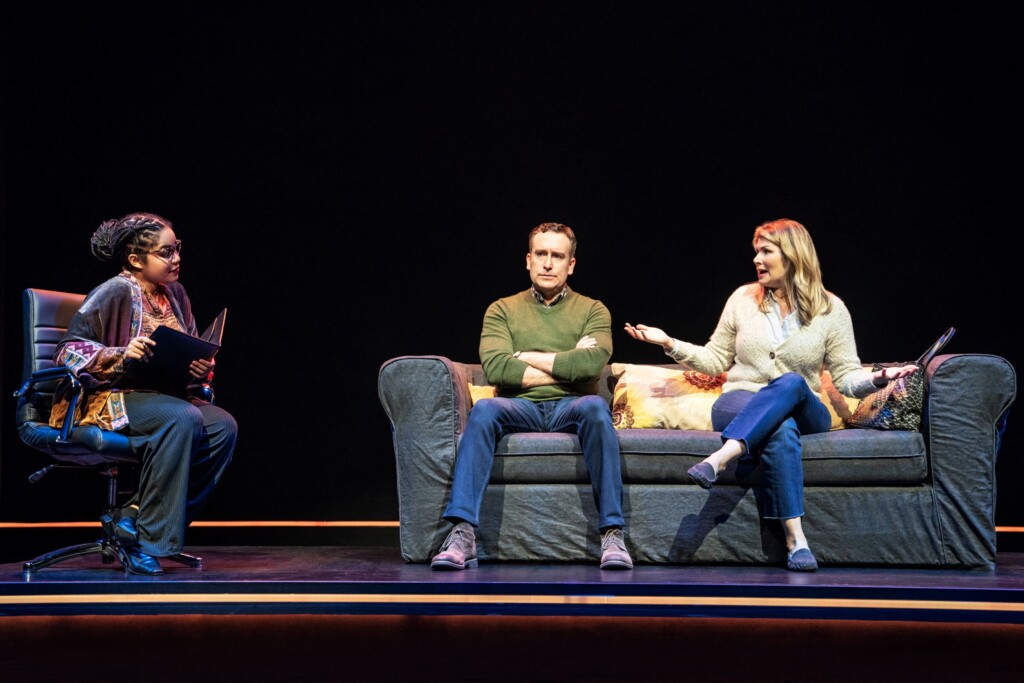 She goes on to say that many audience members are often surprised by the musical’s deep subject matter.

“We go to some pretty dark places. A lot of people come in not knowing what the story is about at all, and they come out going, ‘I had no idea what I was in for.’ But it’s cathartic for people because you can’t help but see yourself in these characters. Which is great, I love being able to share that.”

As a self-proclaimed hardcore Alanis Morrissette fan from day one, this opportunity has essentially been a dream come true for Blickenstaff.

“When her album came out twenty-six years ago now, I immediately latched on to it — it was like someone had written music to my journal. I felt so connected to everything she was saying. To hear a woman my age rage and just be incredibly deeply thoughtful about things… I had always been a fan of female singer/songwriters, rock musicians, folk artists, but there was something about Alanis that tapped into something personal,” she says. “Then, when this opportunity came up, I couldn’t believe my loves of musicals and rock music came crashing together. And then I got to be the person to sing this amazing score — I feel really lucky.”

As for her favorite Alanis song and her favorite song to perform in the musical, they are one in the same. Ironic, some might say, considering it isn’t a track from the original Jagged Little Pill album.

“’Uninvited’ was one of the only songs that we took from a different place that Alanis wanted to include in the show, and thank god because I’ve always loved ‘Uninvited,’” Blickenstaff says. 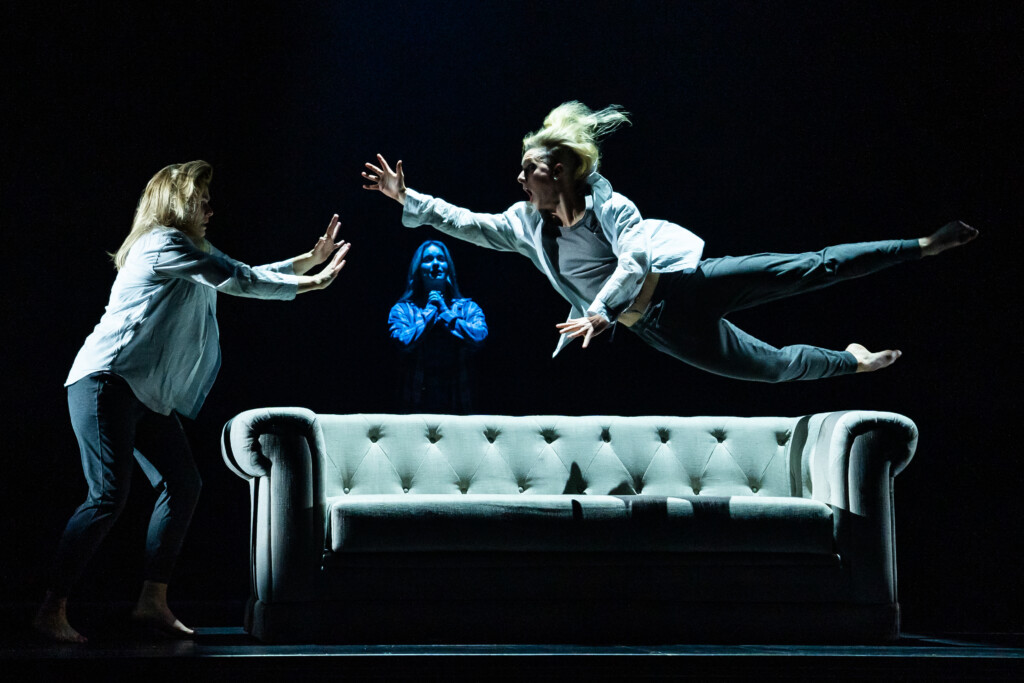 “When we get to that part of the show, it’s very intense and scary for me to do as a performer because it’s incredibly vulnerable. It’s unexpected and kind of haunting. I love doing that every night, and I get to do it with another singer /actor who is exquisite and plays my doppelgänger. We end up wrestling each other for my soul. It’s something else.”

You can see for yourself at the Providence Performing Arts Center now through January 22 — tickets are still available here.  For any ticket holders who were at Tuesday night’s canceled show and who want to catch a remaining performance, PPAC encourages you to call the Box Office at 401-421-2787 to exchange your tickets as soon as possible. If you do not contact the Box Office by Friday, January 19, your January 17th ticket will be fully refunded.