Yeyé's takeout Latin fusion food menu is made to survive the trip home with smart packaging and travel-well choices. 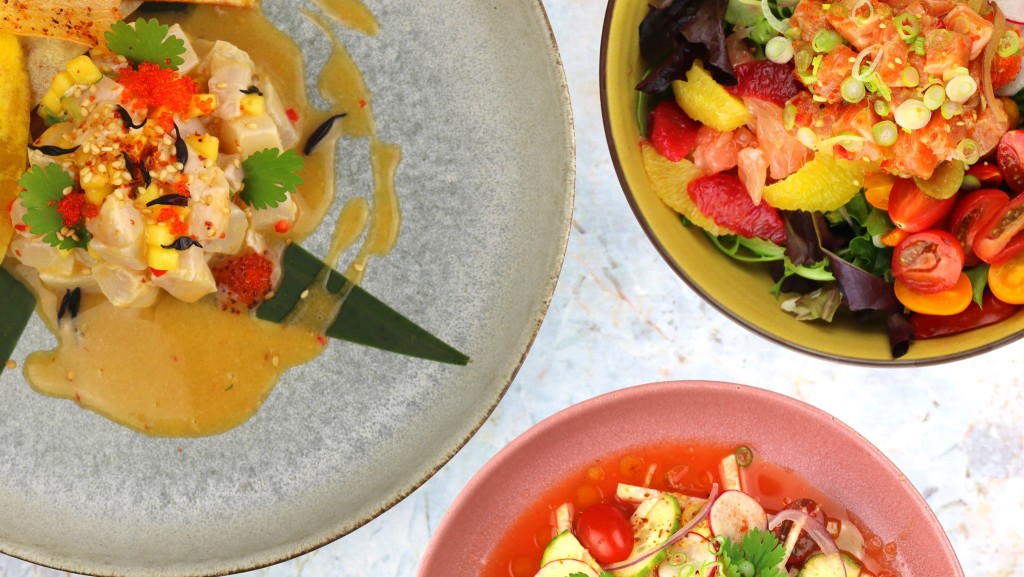 A selection of ceviches from Yeye.

In Panama, yeyé is a colloquial word used to call something fancy. In Providence, Yeyé is a new Latin fusion cloud kitchen concept that gives takeout dishes a fancier feel. As a cloud kitchen without a brick and mortar restaurant, Yeyé only offers delivery or pickup from 65 Bath Food Co. Knowing that every dish has to hold up to some travel, chef Gerardo Viejo focused on developing a menu that would elevate the takeout experience. Viejo considers to-go packaging as an important part of the presentation of his food and wants to move away from takeout that is thrown haphazardly into a paper bag and left to become soggy and disappointing on the way home.

“Everything that we’re trying to do is to mimic somewhat of a restaurant experience, but at home,” says Ricky Viejo, head of Yeyé’s marketing and operations, who is also Gerardo’s brother. “We’re trying to source sustainably, we want to provide the community with healthy options and we want to be eco-friendly.”

Inspired by the cloud kitchen concept that took hold during the pandemic, the Viejos launched Yeyé in March with a menu centered on ceviche, raw food trends and poke-style dishes — all with a nod to Latin culture from around the world. From Venezuelan arepas to Peruvian anticuchos, chef Gerardo honors classic ingredients but breaks tradition to add his personal flare. For inspiration, he draws on his decade of experience as a chef in Four Seasons hotels, working in locations like O’ahu, Megève and Athens.

“We take dishes that we like from cooking different cuisines from around the world and give it a little Latin twist,” says Gerardo. “We were born in Panama so we carry that with us everywhere we go.”

One of Gerardo’s creations for Yeyé is a reina “tempehada,” a play on a popular arepa called reina pepiada. His version uses soy beans and tempeh to recreate the traditional chicken salad filling. Viejo experiments with other plant-based ingredients in options like tempeh chaufa rice and jackfruit tacos. Other dishes like shrimp aguachile, sea bass ceviche and salmon anticuchos spotlight sustainable seafood with a focus on seasonality. To reduce plastic use, Yeyé only uses recycled paper packaging materials and bamboo cutlery.

While Viejo admits it was scary to open a business during the pandemic, the fear never stopped his concept for Yeyé from coming to fruition. Choosing to operate as a cloud kitchen also moved things along, since it offered simplicity and cost efficiency in the planning and organizing phase.

“You just get the kitchen going, get on the delivery platforms, put your menu on there and start cooking,” Viejo says.

As Yeyé continues to grow, the Viejos hope to open more cloud kitchen locations. The possibility of a physical location is part of a long-term vision, but for now it will just be Gerardo and his kitchen, where he can continue dreaming up creative fusion dishes that make takeout fancy. 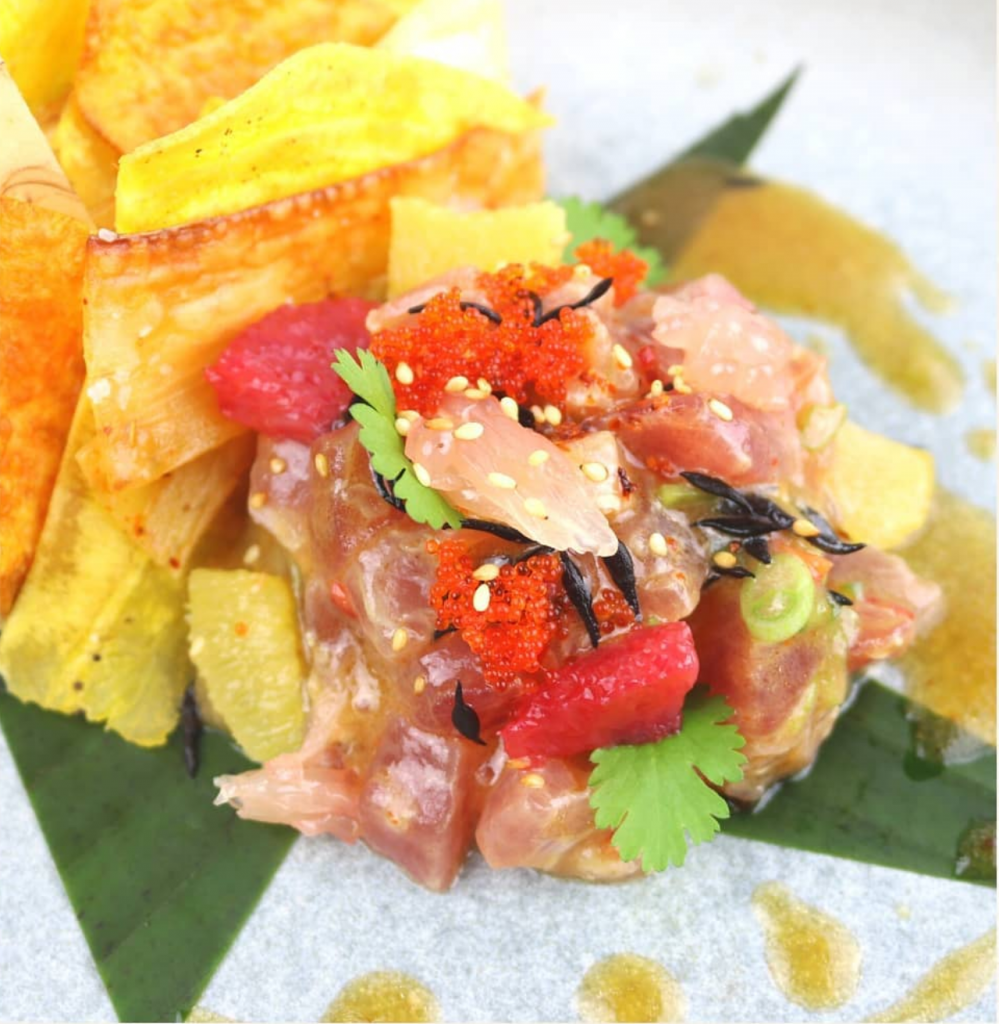